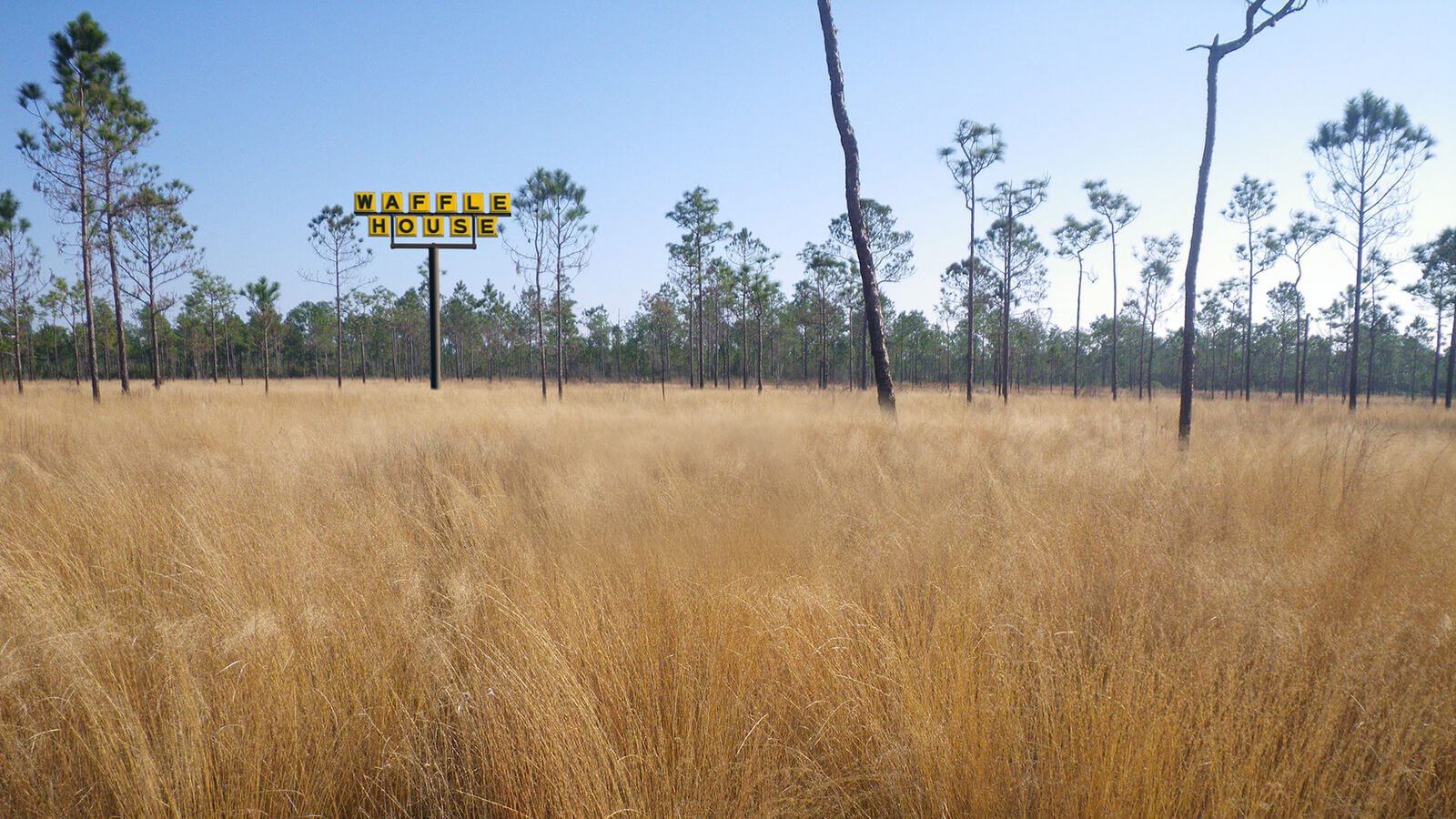 Our annual list of not-to-be-missed architecture and design shows is looking a bit different this year. With museums, cultural institutions and biennials still reeling from the COVID-19 pandemic, nimble new programming — coupled with hybrid physical and digital initiatives — defines the following cadre of exhibitions slated for 2021. From a long-awaited exploration of architecture and Blackness and a day-long marathon of the world’s most distinct voices to retrospectives of seminal design figures, these 10 exhibitions, presentations and city-wide showcases offer vital insights into how design can help build a better future.

Landscape architect Cornelia Hahn Oberlander has done it all. At age 99 and still going, she’s left an indelible mark on public space with projects ranging from the iconic playgrounds at Expo 67 in Montreal to sensitive interventions stitching together landscapes in Northern Canada; all of this while continuing to advise on many contemporary projects.

A new retrospective at the West Vancouver Art Museum this January titled “Genius Loci” delves into Oberlander’s seven-decade career through the significant archive of her work held by the Canadian Centre for Architecture in Montreal. At a moment when the Earth has never felt more fragile, her work reminds us of the manifold ways we are enmeshed with the natural world. And it extols design’s role in helping shape a more inclusive, sustainable future for those relationships. Don’t miss the virtual panel with curators Amery Calvelli and Hilary Letwin in conversation with Oberlander herself on January 24.

Now in its third cycle and currently in residence at the Solomon R. Guggenheim Museum, former Metropolitan Museum of Art curator Beatrice Galilee’s brainchild The World Around returns on January 30 for another day-long marathon of contemporary architecture. Following 2020’s inaugural event and an all-digital program four months later for Earth Day, this year’s offering sees the platform continue to address a host of timely issues — the environment, equity and more — through the lens of a diverse cohort of emerging and established practitioners.

Among the 20 featured presenters at the partially online affair (live conversations are scheduled for 10 international sites) are Nairobi-based Cave_Bureau, who will showcase their conceptual Museum of the Anthropocene, Madrid-based Ensamble Studio elucidating their “cultivated” Earth residence Ca’n House, Sir David Adjaye on the City of Winter Park and Counterspace’s Sumayya Vally. It’s a year’s worth of architecture in a day, fitting for a time when bold, forward-looking ideas are needed most.

3
Reconstructions: Architecture and Blackness in America

Originally slated to open in October 2020 and conceived long before last year’s global reckoning, this timely exhibition — organized by the Museum of Modern Art alongside Columbia GSAPP professor Mabel O. Wilson — investigates, as the curators describe, “the intersections of architecture, Blackness and anti–Black racism in the American context.” 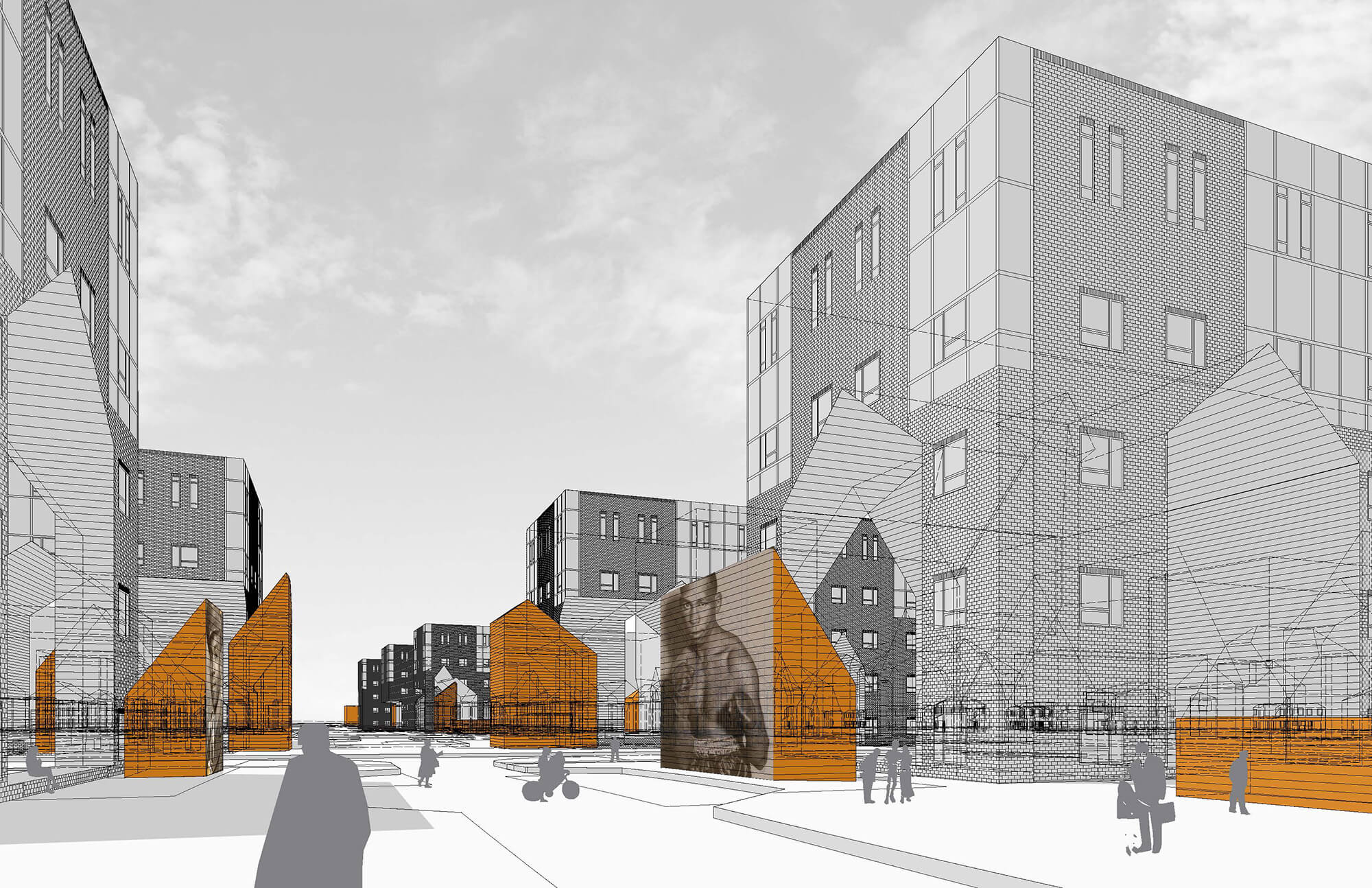 To that end, Wilson and MoMa’s Sean Anderson looked to a number of leading designers across the country — Walter Hood, V. Mitch McEwen, Amanda Williams, Germane Barnes, Yolande Daniels and more — whose work engages with everything from public policy and municipal planning to the profession at large. Whether mapping sites of non-violent protests or grappling with the architectural history of African diaspora communities, “Reconstructions: Blackness in America” looks to continue the essential work of unpacking systemic racism in the built environment. And, in the process, imaging a more just and inclusive path forward.

4
Aldo Rossi: The Architect and the Cities

“The city is the locus of collective memory,” Italian architect Aldo Rossi quipped in 1966’s The Architecture of the City. For the Pritzker Prize winner, urban space and the structures within were of essential importance to the life of its residents. It’s these intersections between architecture and the city that informs the latest exhibition of the renowned designer’s civic work. In addition to a range of material sourced from MAXXI’s own collection, a trove of archives from institutions across the world fill this not-to-be-missed showcase.

Since its inauguration in late 2016, the Amanda Levete-designed MAAT in Porto has become a hotbed of thought-provoking exhibitions tracing the outer edges of the architecture discipline. Curated by Design Miami’s Aric Chen, the upcoming project “X is Not a Small Country – Unravelling the Post-Global Era” is no different. Featuring the likes of photographer Wolfgang Tillmans, Rael San Fratello Studio and more, nine newly commissioned works delve into “fluctuations of access and restriction” as opposed to a more utopian spin on nations and nationhood.

“It explores our current post-global condition,” explains the curator, “by observing at different scales — territories, cities, infrastructures, platforms, bodies, objects — the processes of de-globalization and geopolitical realignment that have, in many cases, been accelerated and distorted in rapidly evolving cycles of flux and revision during the current pandemic.”

Born in 1885, Swedish architect Sigurd Lewerentz has achieved almost-mythic status since his death in 1975. A master of austerity years before its 21st-century rebirth, his portfolio of churches — St Mark’s in Björkhagen and St Peter’s in Klippan among them —  continue to resound. However, it’s his lesser-known designs for commercial spaces and even a chapel at Stockholm’s Woodland Cemetery that inspires ArkDes‘ upcoming show “Sigurd Lewerentz: Architect of Death and Life,” the first major survey of his work to date. 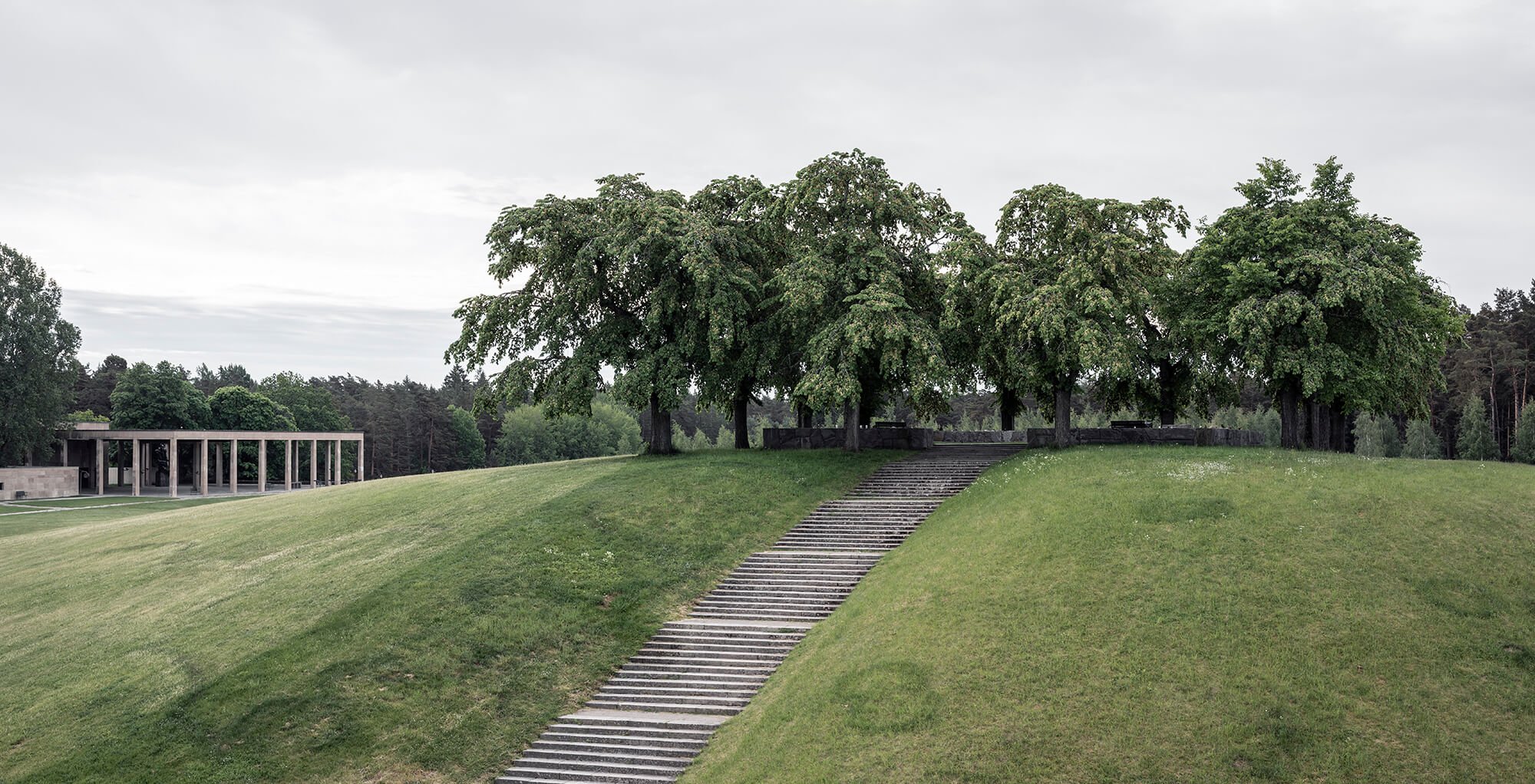 While archival documents from the architect’s expansive oeuvre are enough to entice, an exhibition scheme conceived by award-winning practice Caruso St. John promises to provide an equally thoughtful environment in which to engage Lewerentz’s legacy.

“It’s about faking it,” says curator David Theodore of “Imposter Cities,” Canada’s official entry into the 17th Venice Architecture Biennale. Tackling the established trend of sites in Canadian cities from Toronto to Vancouver standing in for their international counterparts in movies and television (ranging from David Cronenberg films to hit shows like The Handmaid’s Tale and Queen’s Gambit), the exhibition centres on the conceptual and quotidian elements of urban imposter syndrome.

By doing so, the project explores the ramifications of “architecture in movie mode,” suggesting that this is more than an outgrowth of one nation’s approach to building. Instead, this condition may be evidence of a larger, generic city that we both access and participate in through television, film, smartphones and more. Though initiated pre-pandemic, the entry has taken on a more relevant (if not urgent) tone following a year largely mediated by screens. It’s only one of many international offerings part of Hashim Sarkis’ edition “How Will We Live Together?”

“How can design provide solutions to the major challenges of our time?” This enduring question, posed by incoming artistic director Es Devlin, drives the conceptual framework for “Resonance,” the upcoming cycle of the London Design Biennial. Following the footsteps of past iterations, the 2021 show brings together a bevy of local talent alongside commissioned installations from designers across the world (including Vancouver’s own Revery Architecture).

Alongside national entries, the exhibition “Design in An Age of Crisis” will be a core aspect of Devlin’s Biennial, sourced from a global open call for “radical design thinking from the world’s design community.” 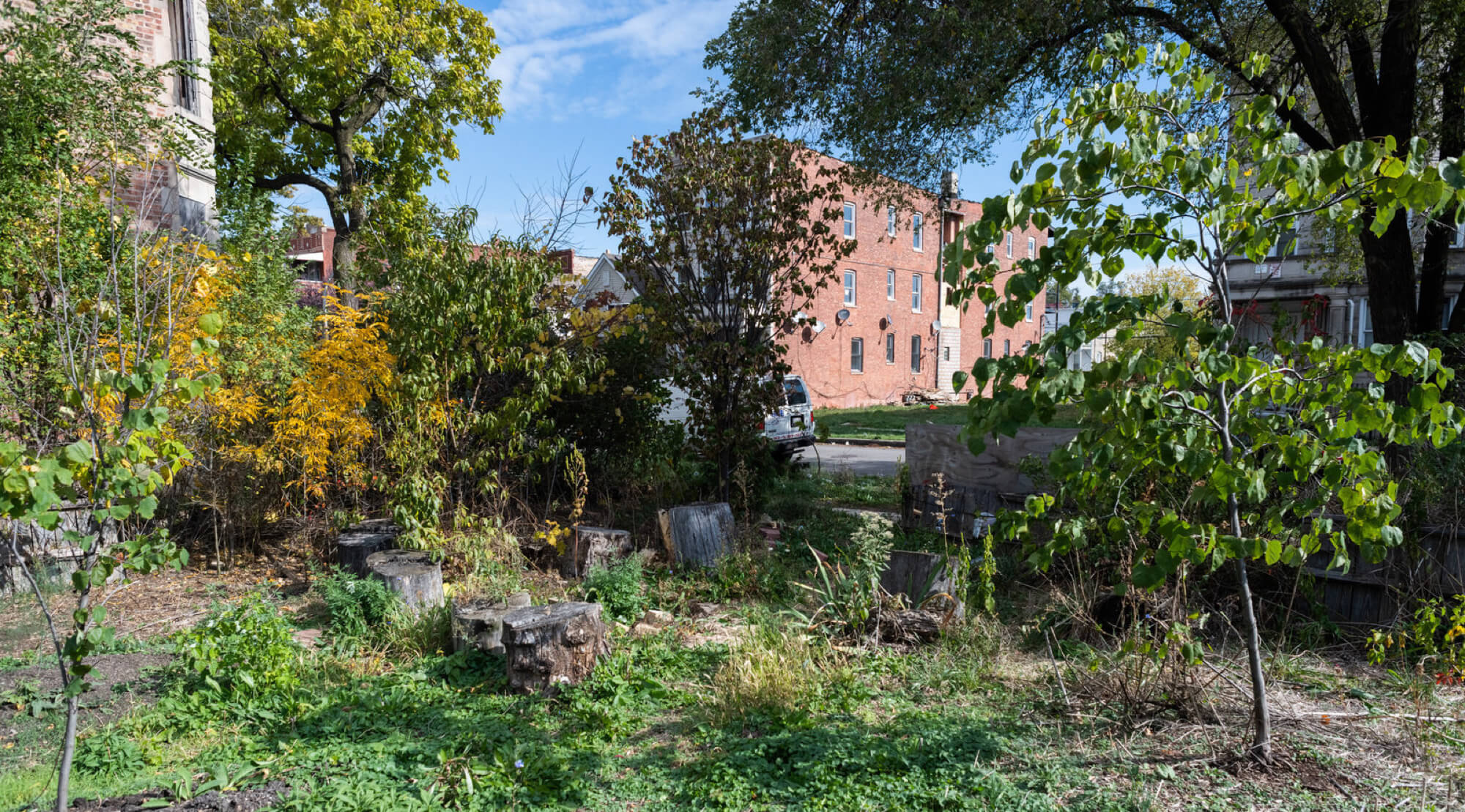 For its fourth iteration, North America’s only architecture Biennial tapped local architect and educator David Brown to helm the artistic direction of the next city-wide exhibition. Titled “The Available City,” the 2021 edition’s thematic direction builds on Brown’s own research into the civic potential of the over 10,000 vacant city-owned lots in Chicago. By using the international platform (both physical and digital) of the Chicago Architecture Biennial, Brown promises to leverage these near-forgotten urban locales as springboards to broach larger issues of “health, sustainability, equity and racial justice.”

A terrain of discarded tires appears to stretch almost endlessly towards the horizon. Without a single word, Canadian photographer Edward Burtynsky’s Oxford Tire Pile #1 (taken in Westley, California) relays a century’s worth of human-wrought damage on the natural world. With the photographer’s evocative image as its emblem, the Design Museums’ fall mounting “Waste Age” explores the lineage of industrial debris since the mid-20th century. Though details regarding the full extent of material on view have yet to be announced, the immersive exhibition assures that “imaginative new approaches and ingenious new materials” will take centre stage.