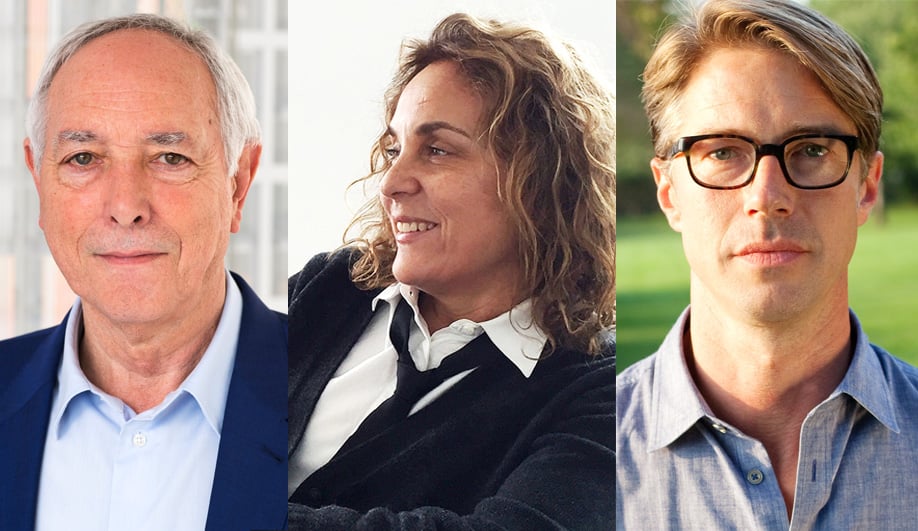 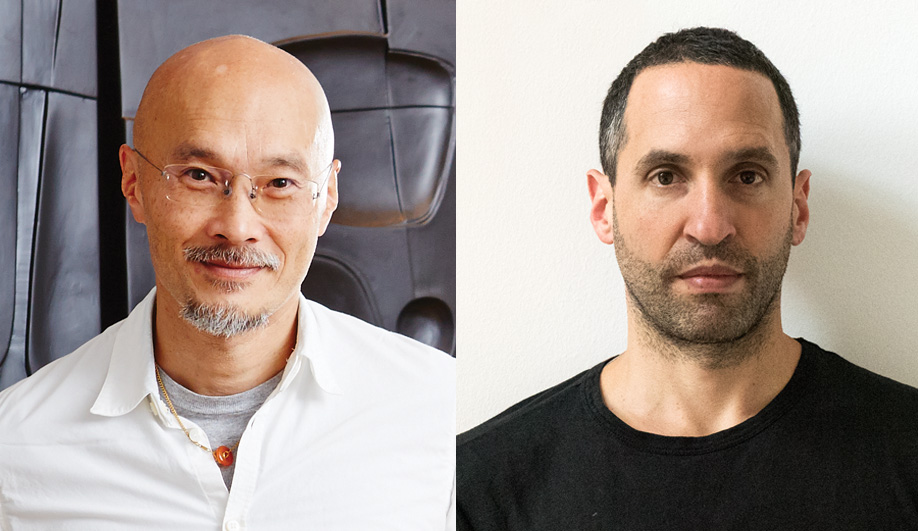 Each year, our distinguished jury includes luminaries from all the disciplines – architecture, landscape architecture, product design and interiors – reflected in the AZ Awards’ categories. Each juror evaluates every award category, reflecting the intermingling of ideas and multidisciplinary nature of our awards program, as well as the boundary-breaking nature of great design. (To submit to the AZ Awards, go to awards.azuremagazine.com; the deadline is Friday, February 26, 2016.)

Chris Wilkinson
A founding principal of London architecture firm WilkinsonEyre, Chris Wilkinson established himself with his Supersheds, including the Stratford Market Depot and Stratford Station, part of London’s Jubilee Line extension. His practice went on to win back-to-back RIBA Stirling Prizes for his conversion of a defunct steelworks into the Magna Science Adventure Centre in Rotherham (2001) and for the Gateshead Millennium Bridge (2002). Other award-winning built works include the Mary Rose Museum in Portsmouth and the Guangzhou International Finance Center in China. Among his accolades are an Honorary Fellowship of the American Institute of Architecture, honorary doctorates at Westminster University and Oxford Brookes University and inclusion in the Order of the British Empire Millennium Honours list.

Anna Simone
Anna Simone is a co-founder and partner of Cecconi Simone, a Toronto interior design firm synonymous with high-end, award-winning interiors in the retail, corporate, hospitality and residential fields. Simone has applied her signature sophisticated style to countless international projects, from private seaside residences in Anguilla to a community in Dubai consisting of 8,000 residential units, to more than 75 multi-unit high-rise buildings in her home city. Simone was also one of the forces behind the Pug Awards (2004-2014), whose program recognized the best and the worst of Toronto’s architecture with the aim of engaging the public with city’s development.

Thomas L. Woltz
Landscape architect Thomas L. Woltz, principal of Nelson Byrd Woltz Landscape Architects in New York and Virginia, has filled his portfolio with projects that bridge complex biological systems and restoration ecology with function, resulting in hundreds of acres of reconstructed wetlands, reforested land and thriving wildlife habitats. His focus on ecological and environmental restoration within public parks, urban engineered landscapes, and working farmlands, has earned him over 90 international, national and regional awards. Notable completed projects include the Memorial Park Master Plan in Houston and Citygarden in St. Louis. Woltz is currently working on one of his most technically ambitious projects to date: the landscape design for New York City’s Hudson Yards.

John Tong
After 20 years as a founder and lead designer at 3rd Uncle Design, in 2012 Toronto architect John Tong established +tongtong, where he emphasizes creative collaboration within a diverse range of projects. Tong is noted for the Drake Hotel Toronto and Drake Devonshire Inn, a circa-1880 foundry converted into a hip rural retreat, and Her Majesty’s Pleasure, a Toronto space incorporating a café, retail boutique, beauty salon and bar – both of which earned him prizes from the U.K.’s Restaurant & Bar Design Awards. His work has been exhibited at the Venice Architecture Biennale, the MoMA, the CCA and the Design Exchange.

Omer Arbel
Vancouver designer Omer Arbel has been exploring the inherent mechanical, physical and chemical qualities of raw materials for over a decade. He is the creative director of Bocci, known internationally for its hand-blown glass lighting and powerful installations, presented at the Victoria and Albert Museum in London and at Spazio Rossana Orlandi in Milan, among other premier venues. Last year, Bocci opened its first European showroom inside an historic courthouse in Berlin. Named Bocci79, the multi-storey building is now operating as a showroom and archive for some of Arbel’s largest lighting and architectural projects and explorations.