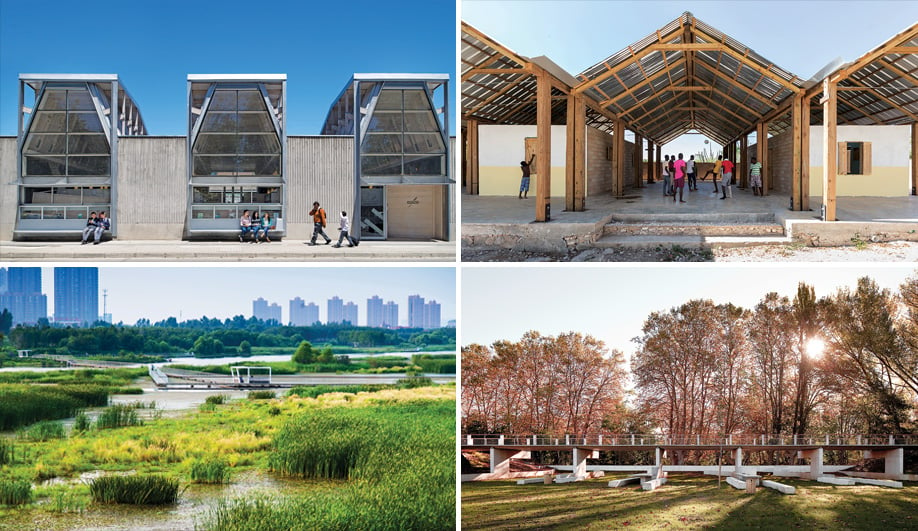 The following four projects are Awards of Merit winners in the categories of Social Good and Environmental Leadership. 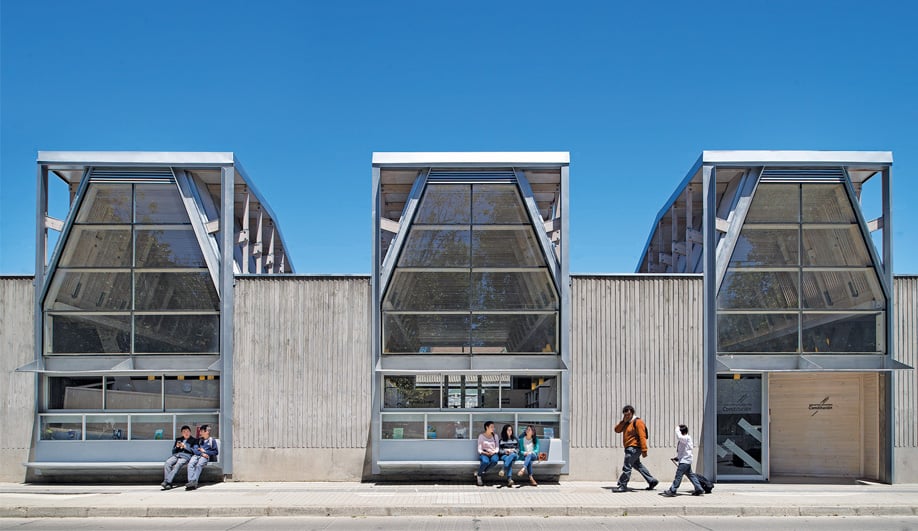 Public Library of Constitución
Located in Chile’s pulp-and-paper patch, this monumental library is the culmination of a public-private partnership to rebuild after an 8.8 earthquake and tsunami hit Constitución in 2010. Following the devastation, Sebastian Irarrázaval’s scheme for a 300-square-metre community centre served as a point of pride to a city rebuilding its identity. The facade’s full-height windows amplify the library’s public nature and draw readers in with displays of new titles, while their awnings shade canopied benches at street level for weary passers-by. Inside, the choice of laminated pine beams to define distinct zones is not just visually stunning; it also created work for local carpenters. 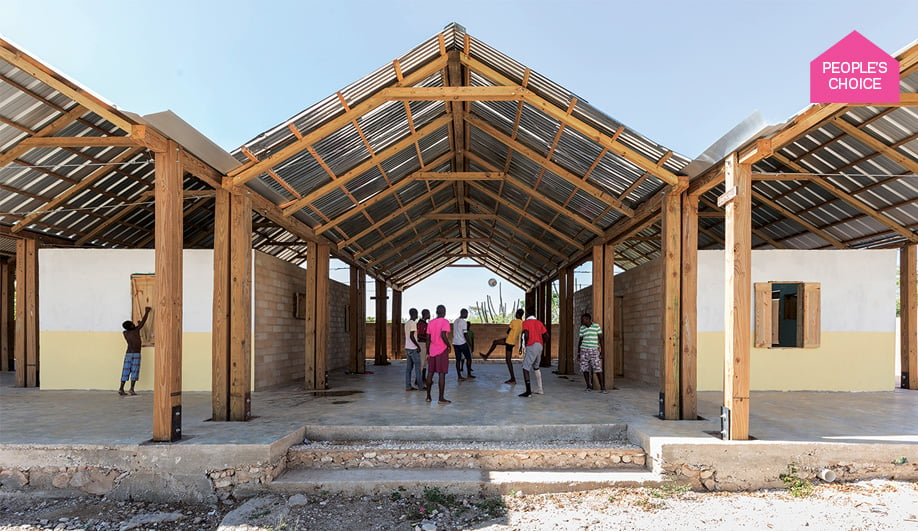 Ti kay là
With this orphanage for 24 children in Anse‑à-Pitres, Haiti, the Ayitimoun Yo NGO offered architect Bonaventura Visconti di Modrone the chance to build his first project. Inspired by local typologies, he created an open, innovative mixed-use complex that still feels welcoming, familiar and safe. On an elevated slab of earthquake-proof concrete, a post-and-beam framework upholds six roofs, like a row of little houses, over three volumes of handmade bricks topped with mosquito nets. A central courtyard gives the orphans room to play, and a place to socialize with other children from the area, helping to break down the walls of social stigma. 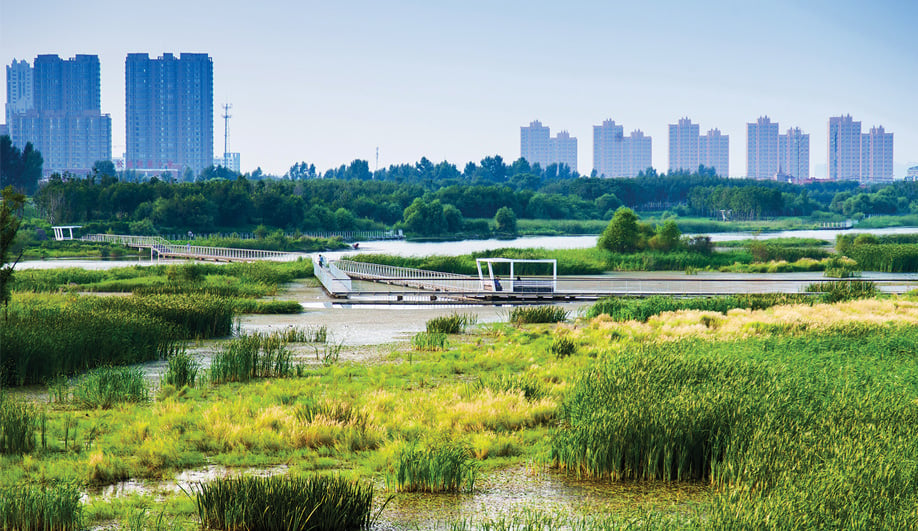 Floating Connection
MAD Architects’ Harbin Opera House, an AZ Award nominee for architecture, dominates its mirror-flat landscape, but its mountain-like structure is really a homage to the surrounding wetlands. Fortunately, Turenscape of Beijing has transformed the once-isolated wetland into a park worthy of a cultural landmark, carving a series of bio-swales to manage stormwater runoff and tailwater from a water-supply plant. With the addition of delicate interventions, including six kilometres of boardwalks and bridges linking platforms and pavilions, the former bog is now a readily accessible, fully rehabilitated landscape for the public to experience. 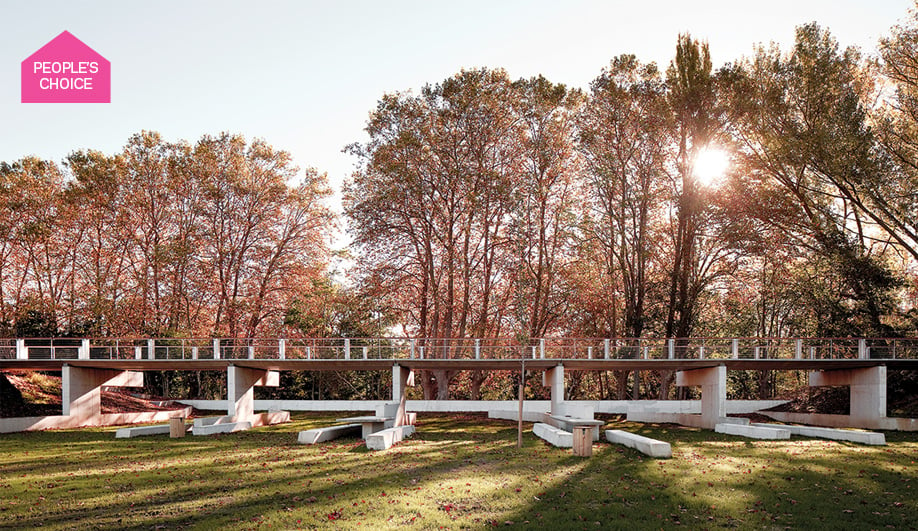 Aranzadi Park
This year’s AZ Award winner in the landscape category has also earned a nod for envi-ronmental leadership. In the crook of a river in Pamplona, Spain, Aranzadi may be where the country’s oldest heir­loom vegetable varieties grow, but it’s also a flood plain. Stripping away ad hoc impermeable modifications that had been made to the site, Aldayjover created a porous, coherent landscape that celebrates the seasonal ebb and flow of the Arga river. Today the park channels the water’s force away from built-up areas, and residents enjoy accessible pathways through an ever-changing wetland.