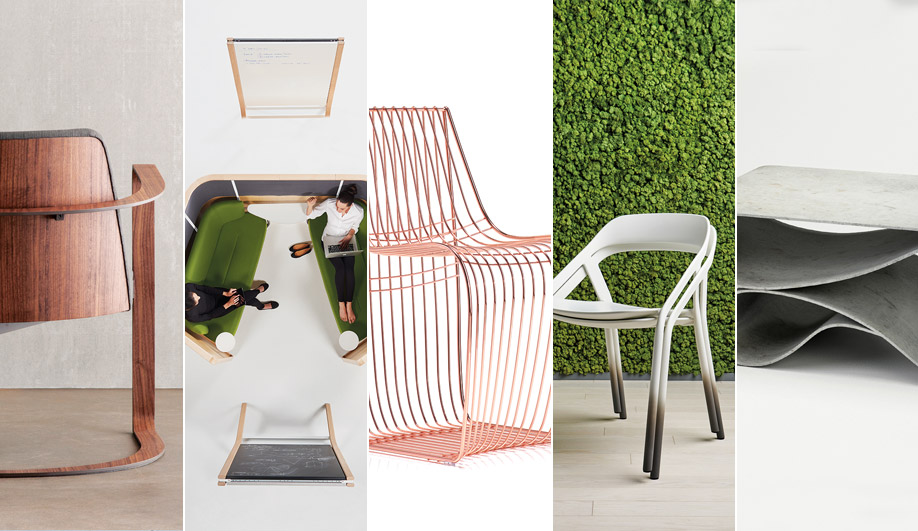 The 2017 AZ Awards jury gave top marks to these seats, tables and collections. 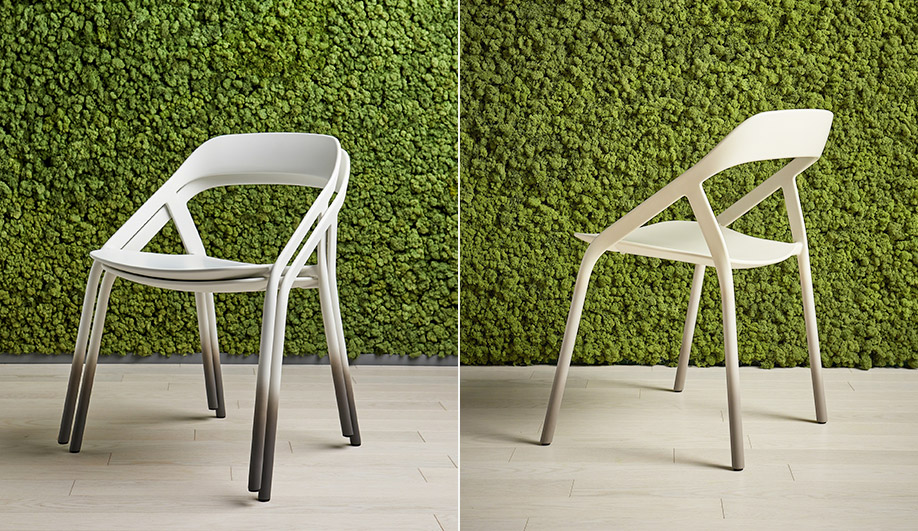 When Coalesse commissioned U.K.-born designer Michael Young to create a stackable chair made entirely from carbon fibre, its objective was not a gallery piece, but something much more difficult: an industrialized solution suitable for mass production. Consulting experts skilled at working carbon fibre into bicycle frames, Young devised a chair able to support 136 kilograms, yet weighing less than 2.3 kilograms (or five pounds, hence the name). With its elongated legs and sweeping back, LessThanFive is a striking example of technology and craftsmanship merging in perfect harmony. 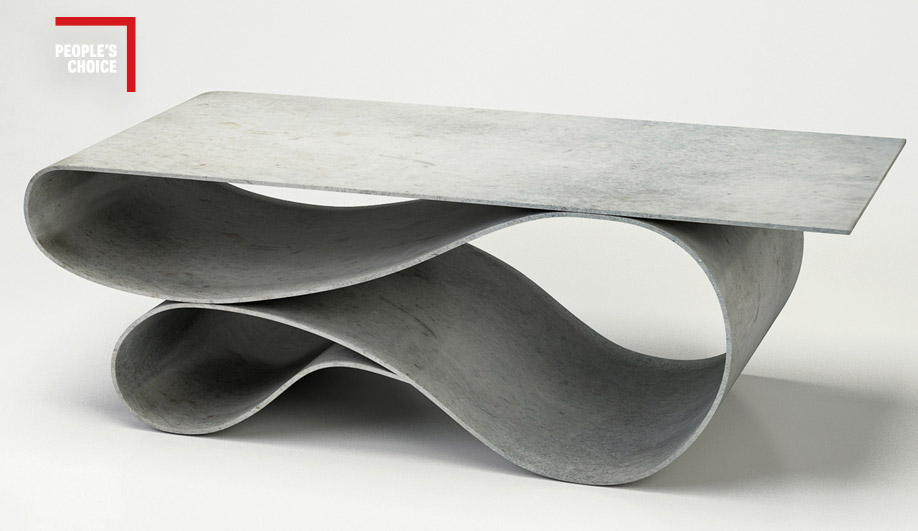 Designers and architects typically use concrete to evoke a rugged gravitas, as opposed to lightness or elegance. But with the Whorl table, Neal Aronowitz Design of Portland, Oregon, has combined all of the above qualities in a gestural wave, freezing soft curves in a rock-hard material. To make the table, the fabricators roll a wet sheet of concrete canvas over a five-piece plywood mould, which they remove just before the material hardens. The result is a thin tabletop with a sinuous, undulating base, coated in pigmented cement and polished until smooth. Despite its heavy-duty material, Whorl weighs a mere 68 kilograms. 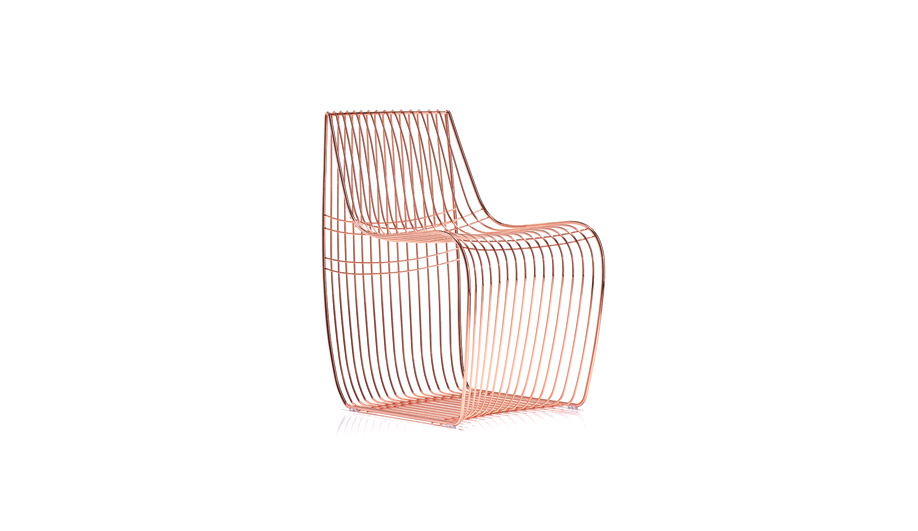 MDF Italia introduced the Sign chair – a sweeping loop of polyamide – in 2006, to wide acclaim. For the chair’s 10th anniversary, the manufacturer asked the designer to revisit his original form, but update it with luxury-inspired materials. Piergiorgio Cazzaniga turned to the art of filigree, a jewellery-making technique in which strands of metal are configured and then soldered together. Each reimagined Sign Filo chair is handworked from 45 metres of galvanized steel wire. Finished in glossy black, gold or rose gold, Sign Filo’s birdcage-like form evokes a Victorian opulence, but its streamlined profile is stunningly contemporary. 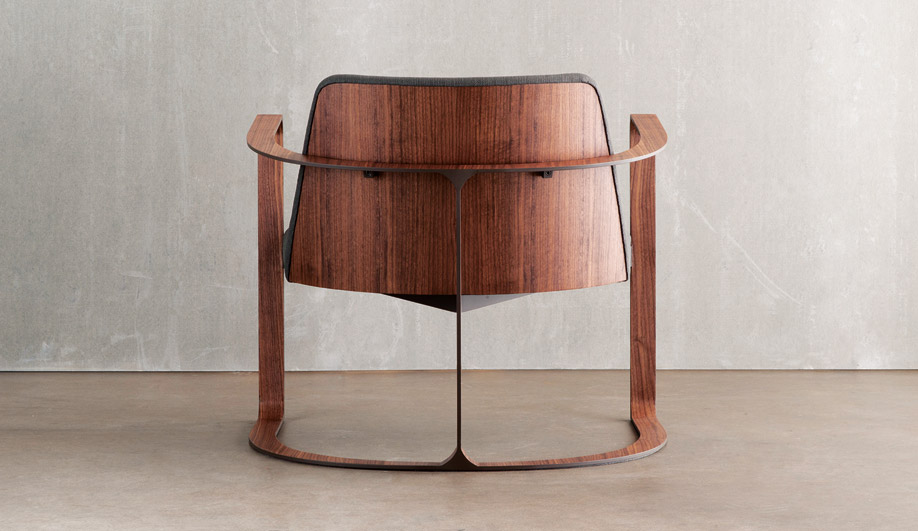 Estúdio Ronald Sasson’s sleek Armchair Yori is many things at once. Its seat back is high and rounded in the style of the classic barrel chair, while its prominent, skeletal frame is best viewed from behind, the better to appreciate the slimness of the supporting structure. Most striking is the way the frame’s unique materials – thin steel bands lined with wood laminate – come together to generate striking juxtapositions: industrial-grey steel against tactile natural wood, and clean modernist shapes paired with the sinuous lines characteristic of furnishings from the designer’s native Brazil. 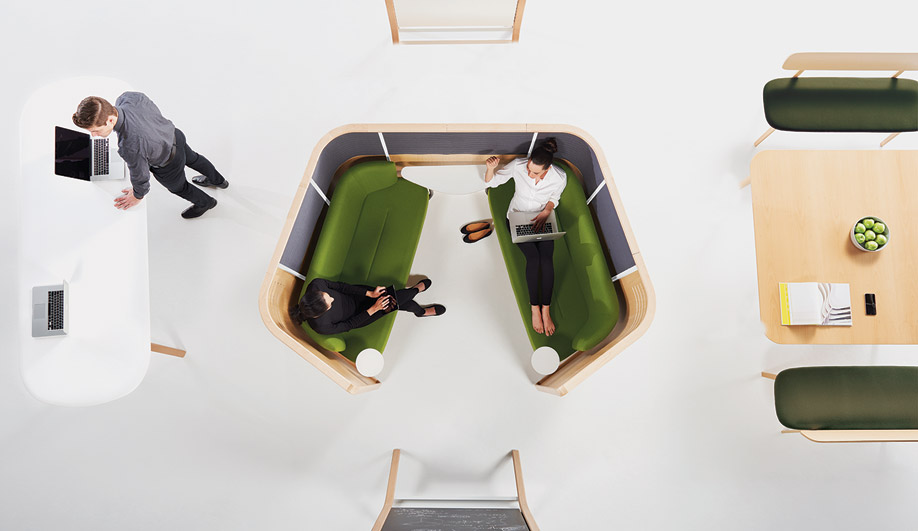 Two years ago, when Azure asked Tom Lloyd of PearsonLloyd about the future of offices, he talked about the importance of humanity. “We aren’t aiming to make offices look like homes,” he said. “We are investing in people’s emotions.” That thinking is at the core of Zones, a growing collection of furnishings that, more than anything, encourage employees to focus, engage and interact with one another. The collection’s light and inviting profiles are distinctly contemporary in their merging of technology with tactility. Many pieces have natural beech wood legs with business-casual inflections, while the semi-private enclosures feel as inviting as a first-class train cabin.