We are in Dark Mode in May. Find out why
2017 AZ Awards Winner: Architecture Under 1,000 Square Metres
The Gemma Observatory meets the stringent requirements of a celestial viewing facility, but with a high-design form that looks anything but scientific. 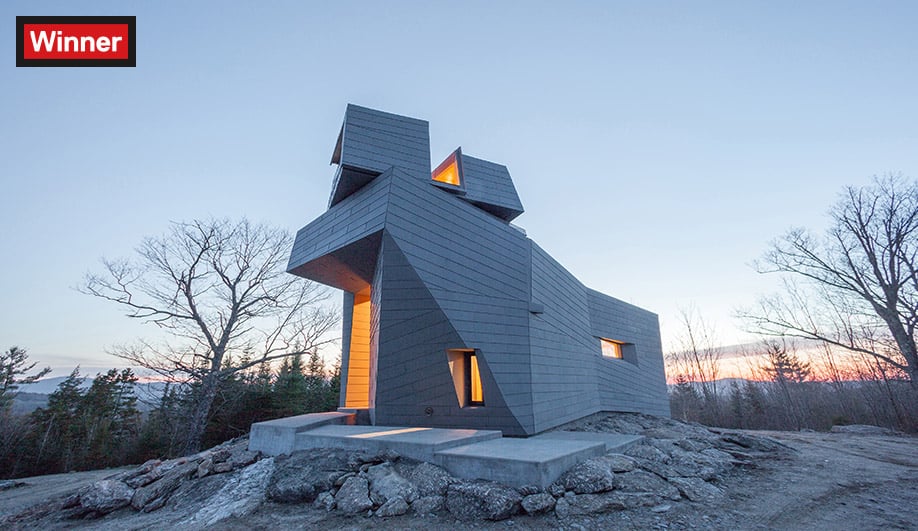 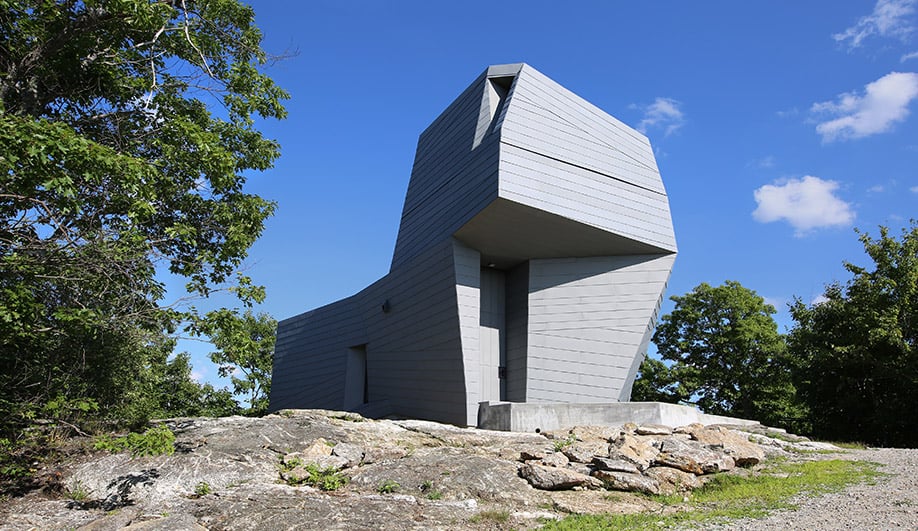 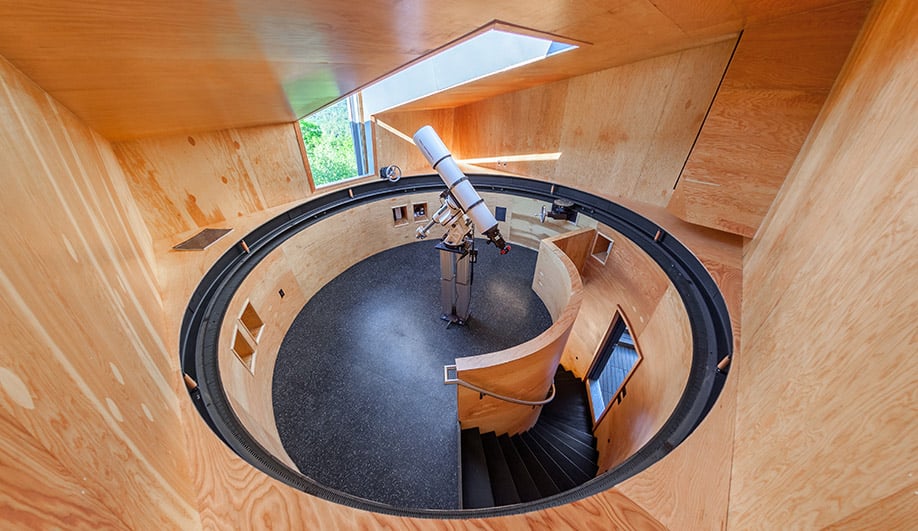 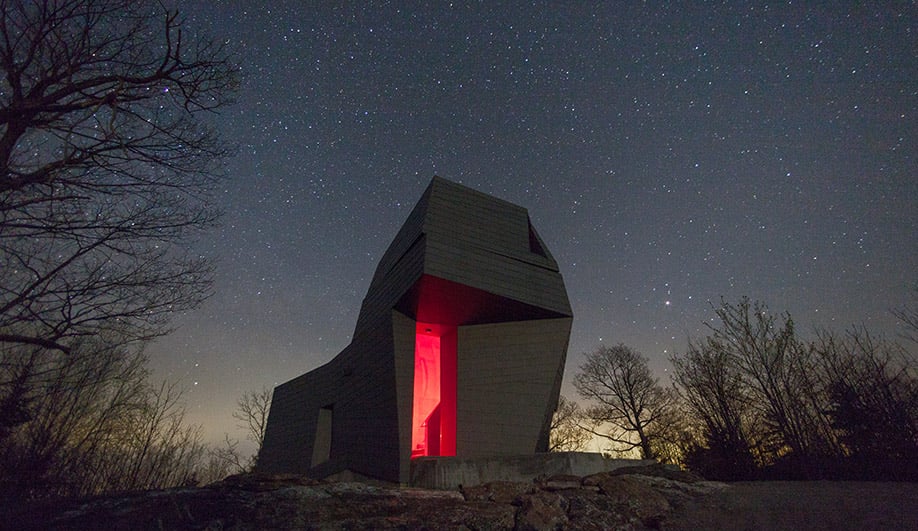 The Gemma Observatory meets the stringent requirements of a celestial viewing facility, but with a high-design form that looks anything but scientific.

Like a secluded castle, Gemma Observatory stands tall among the mountains of central New Hampshire, its zinc cladding a kind of armour against severe weather, and its remote location ideal for ensuring visitors get what they come for: a pitch-black sky for observing stars. Anmahian Winton Architects specializes in these kinds of unusual forms, which resemble follies at first glance, but are actually based on maximizing performance.

“To move the turret toward the stars you have to use a hand crank, and in the process the building itself morphs into a different-looking building. That’s really spectacular.” – Michael Vanderbyl

Gemma hardly resembles an observatory. While it’s more like a Daliesque fortress with a rotating turret, it nonetheless adheres to the rigorous demands of contemporary astronomy. The 111-square-metre building is situated in a “dark zone” where artificial light sources are absent within a five-kilometre radius.

The two viewing platforms – one on the observation deck and one in the turret – have their own separate foundations, ensuring that movements elsewhere (in, say, the warming room or the research office) don’t knock the carefully calibrated telescopes off course. The walls are outfitted with super-insulated panels, which mitigate thermal transfer between the platforms and the rest of the building. This measure reduces heat eddies, which can undermine telescopic views of outer space.

The design is not only sustainable; it is fully integrated with its surroundings. Rather than tapping into the electrical grid, the building draws power from a remote photovoltaic array. The rotating turret and sliding observation hatch, meanwhile, are operated not by motor but by hand, thanks to a system of analog tracks, cranks and gears.

Eventually, the maintenance-free zinc exterior cladding will take on a patina, adopting the colour and texture of the surrounding granite bedrock. Like the stars it is built to observe, Gemma Observatory is intended to age, but not to wear out.