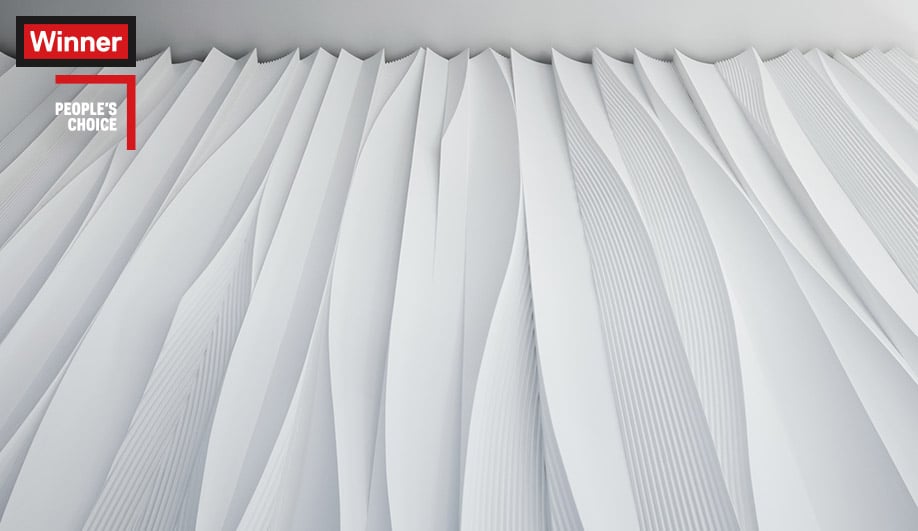 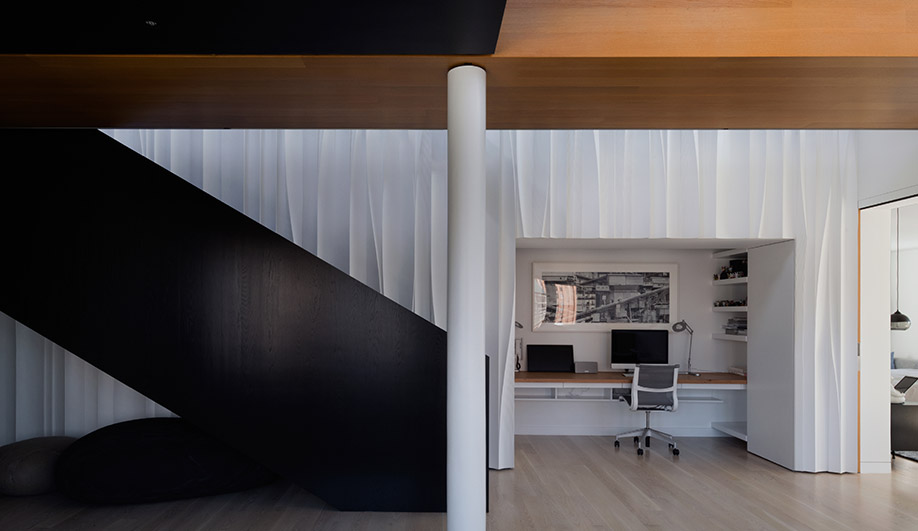 Architect Bryan Young has given traditional plasterwork an untraditional new expression – and a new lease on life.

Few architects these days have much use for the art of traditional plasterwork, which is typically used to create such features as crown moulding. In that void, Brooklyn architect Bryan Young sensed opportunity. Traditionally, plaster moulding is created by pulling a wooden knife along a straight edge to give wet plaster its desired form. But what would happen if you changed the profile and disposed of the straight edge?

To investigate, Young designed a knife whose profile is a mix of scooped and sawtooth, then developed an undulating jig to guide the knife in a wavy motion as it’s pulled across the plaster. The result is a decorative detail unlike any other. By adjusting the knife and path of travel, he developed a total of eight mouldings with slightly different sculptural forms.

“What I liked most is the craftsmanship. You’ve got guys who are hand-pulling this, not a machine. Even the shape of the moulding – it has a gorgeous profile. There’s also great bravery on the part of the designer in introducing such a dramatic effect to a residential application.” – Alessandro Munge

During installation, the six-inch-wide panels can be mixed and oriented in different directions to generate a seemingly random field of texture. In the Manhattan residence for which they were originally designed, Young installed the panels vertically in a two-storey space where they recall windblown snowdrifts or drapery ruffling in a breeze. Through curiosity and experimentation, he has given an old material – produced with a time-tested technique – an entirely new expression, and a new lease on life.