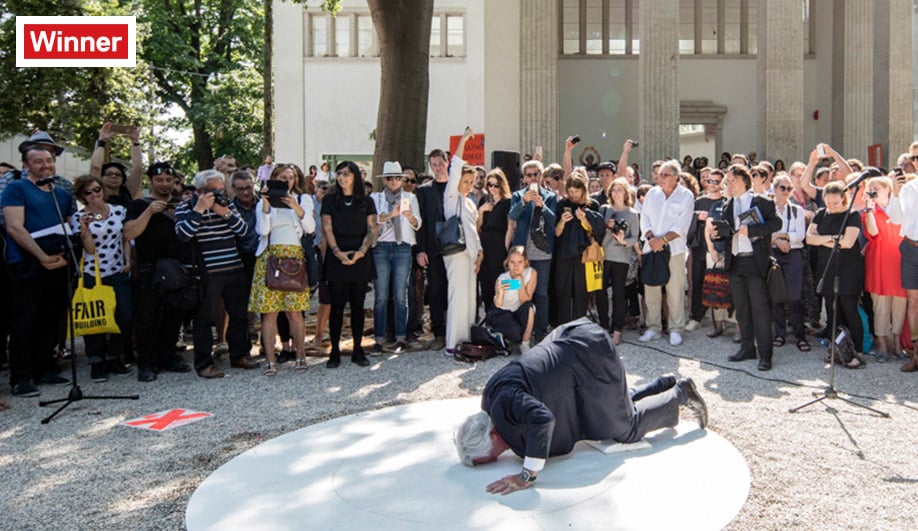 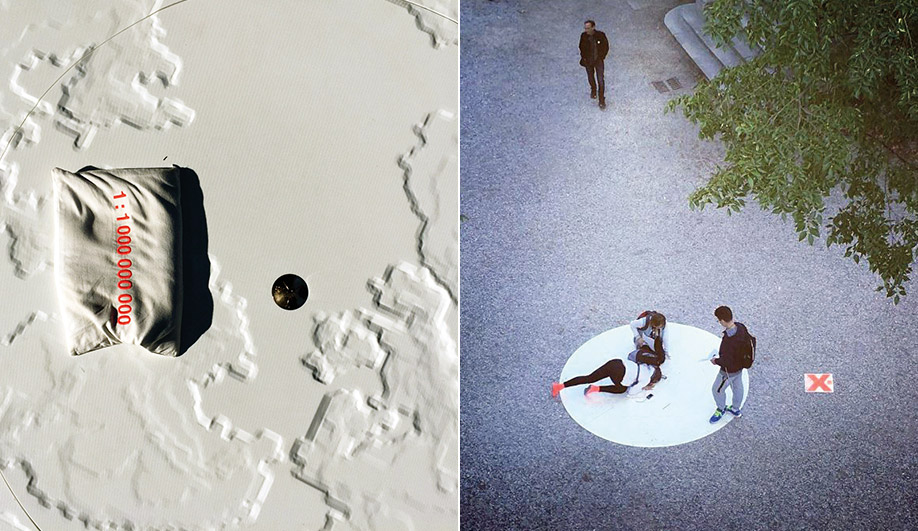 Pierre Bélanger’s Extraction exhibit at the 2016 Venice Biennale delivered hard-hitting commentary about Canada’s history of appropriation, in an unusual format.

For the last while, the Canada Pavilion in Venice’s Giardini di Castello has been closed for renovations – a fact that has left curators with the prospect of designing exhibits without a space to house them. In 2016, landscape urbanist Pierre Bélanger seized this dilemma as an opportunity to place his installation not only outside, but underground as well. Visitors who came across a white map laid out on the grounds were required to get down on their hands and knees, or lie flat on their bellies, to look through a peephole where a 13-minute film loop featured a collage of archival materials about Canada’s natural resources.

The fact that people would be on their knees looking through this beautiful little gold eye port to see the show is amazing. When design is powerful, this is what it can do.” – Michael Vanderbyl

It was difficult to distill a clear meaning from this experience without extended contemplation. In fact, the obstructions were part of the point. Bélanger and his team presented one of the most critical takedowns of the complicated relationship Canada has with its abundant natural resources. And to view it, visitors had to compromise their position for a closer look.

Called Extraction, the exhibit boldly acknowledged the nation’s colonial history of territorial appropriation. It also reckoned with the resources that support the architecture of the Canadian mining economy – specifically, the extraction services, technologies and operations that yield everything from gold to potash.

There, at the juncture where the Canadian, French and British pavilions meet, one visitor at a time looked through a solid-gold keyhole to view socially and politically charged footage and images dating back to the Magna Carta, including rare news clips depicting the standoff between police and Mohawks during the Oka Crisis in the 1990s. While Prime Minister Justin Trudeau prefers to present an almost saccharine image of gentleness, inclusion and resourcefulness, the reality is that Canada is home to more than 75 per cent of the globe’s prospecting and mining companies, and much of their activity is happening on unceded land.

Extraction presented the sort of hard-hitting commentary about our nation that is rarely acknowledged or heard, especially in art.