A Minnesota Modern Home
Salmela Architect builds an open, light-filled dwelling on the foundations of a 19th-century house with expansive views of Lake Superior. 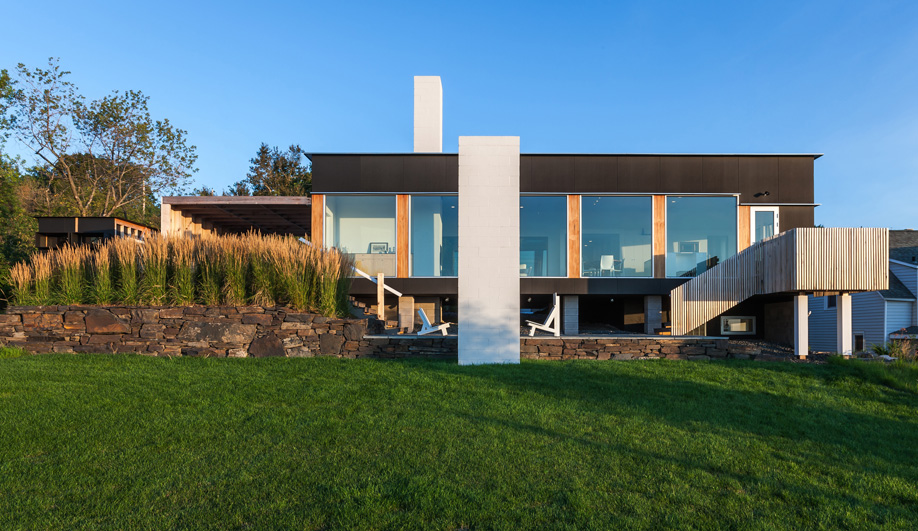 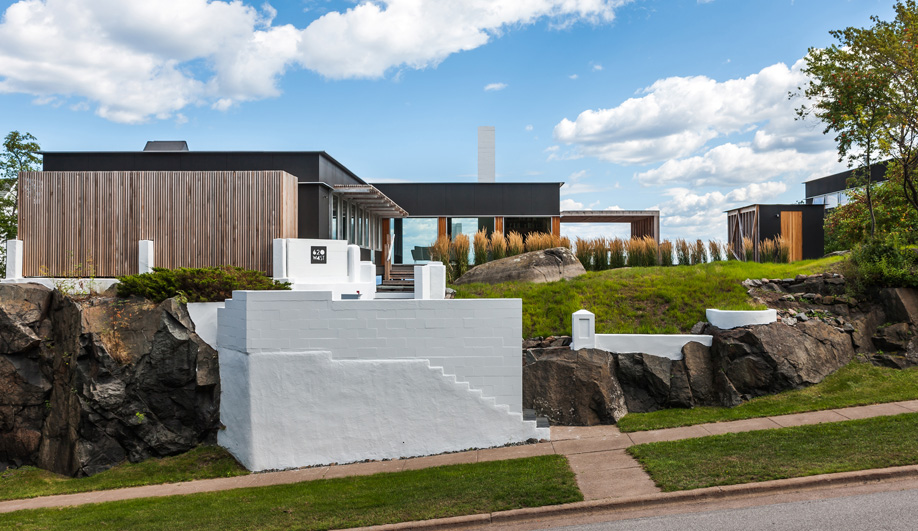 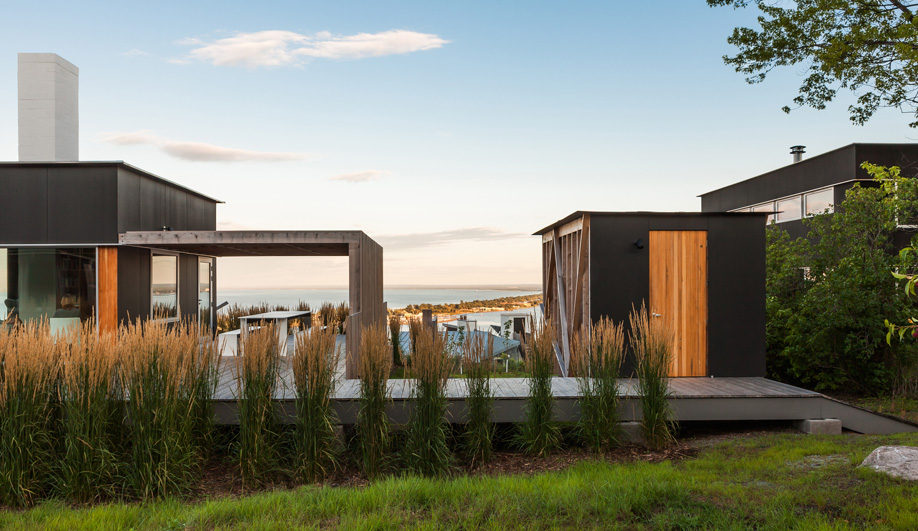 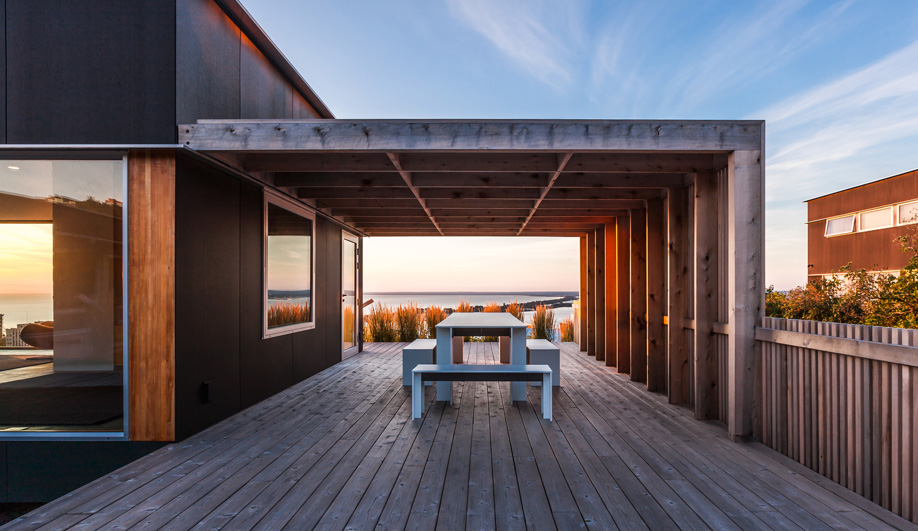 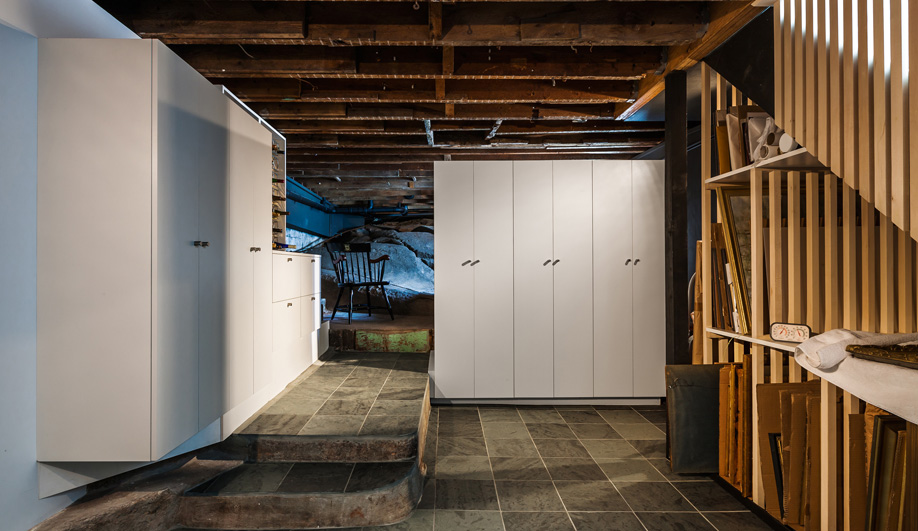 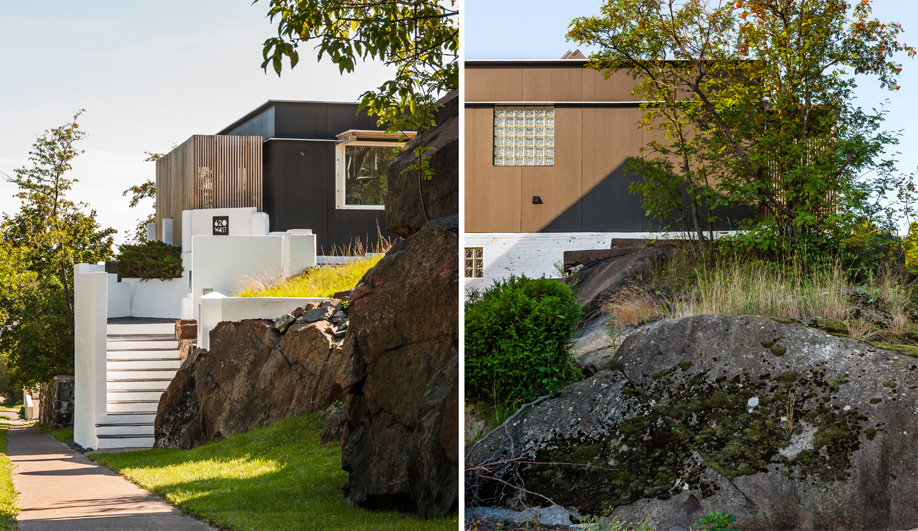 When they decided to move away from the political arena of Washington, D.C., Sherry and Ed Hall set their sights on the midwest. The couple purchased a lakeside home built in the 1880s in a former shipping harbour in Duluth, Minnesota.

The home required an overhaul: to replace its shell, maximize its exposure to natural light and views and incorporate flexible barriers between indoors and out. Attracted to the home-office complex of their neighbour David Salmela, who had built four modernist parcels that dot the shoreline, the owners asked the architect to re-imagine their home.

Since constructing atop ledge rock would have been invasive and unsustainable, the firm decided to salvage such existing elements as foundations, retaining walls and site stairs (stained white by Salmela) to support the new 225-square-metre single-storey house. The architects also perched an addition, which houses a reconstructed living area, on masonry piers. The entire home is clad in paper-resin composite panels by Richlite, which adds to its low-slung, mid-century mod vibe.

Resolving the original home’s lack of daylighting, and keeping with the local vernacular, the firm sought to create multiple access points to the outdoors from the living areas. Velux skylights, for instance, pierce the flat roof, drawing in natural light. On the new main floor, expanses of energy-efficient glazing from H Window provide stunning views of Lake Superior; and glass doors open onto multiple cedar deck spaces, including a covered dining area with a direct view of the lake.

Without disturbing the natural landscape or the original footprint, Salmela Architect has planted another modernist home onto the shores of Lake Superior.
SHARE
Twitter, Facebook, LinkedIn, Pinterest, Email
TAGS
Residential,
We rely on advertising revenue to support the creative content on our site. Please consider whitelisting our site in your settings, or pausing your adblocker while stopping by.