A Modern-Traditional Home in Dublin
In the Irish capital, Lorcan O’Herlihy transforms a 19th-century coach house and provides it with a modern glass-clad addition. 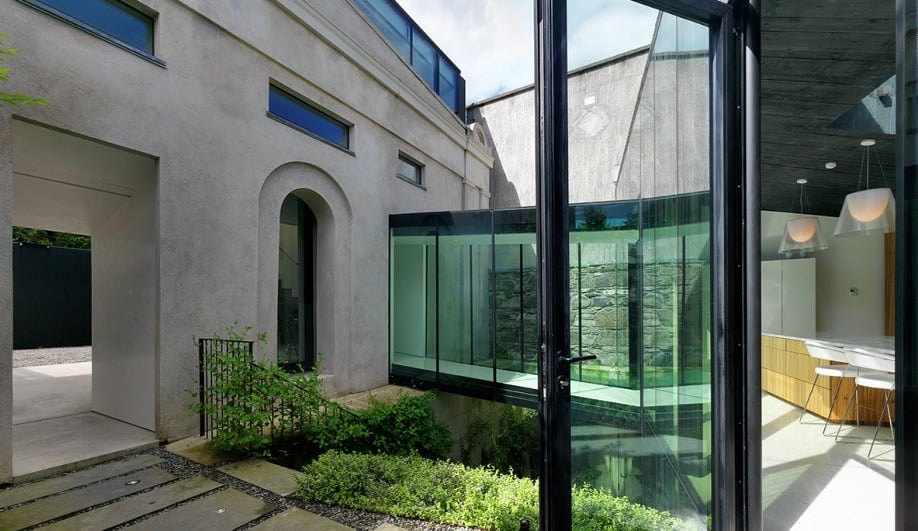 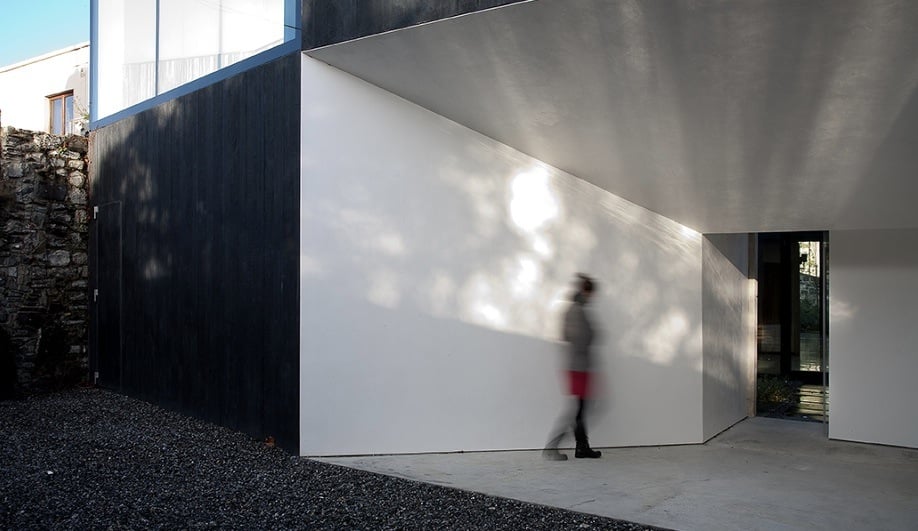 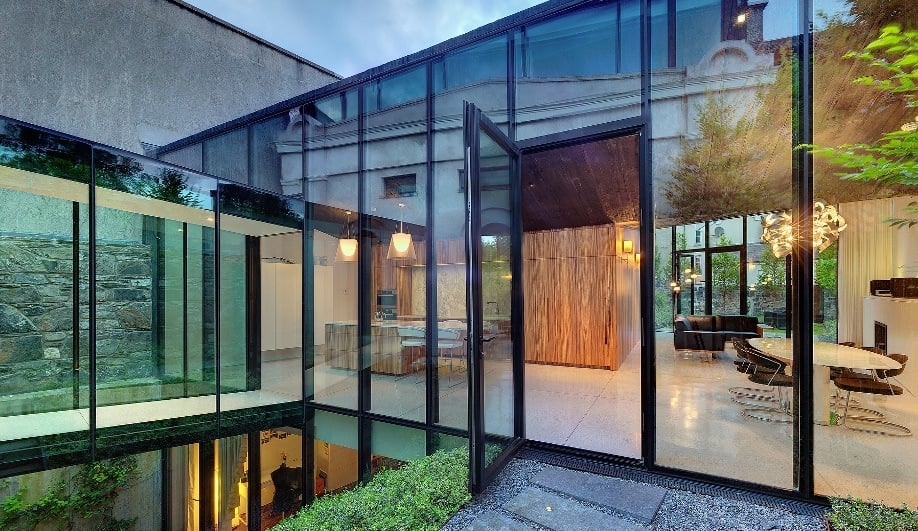 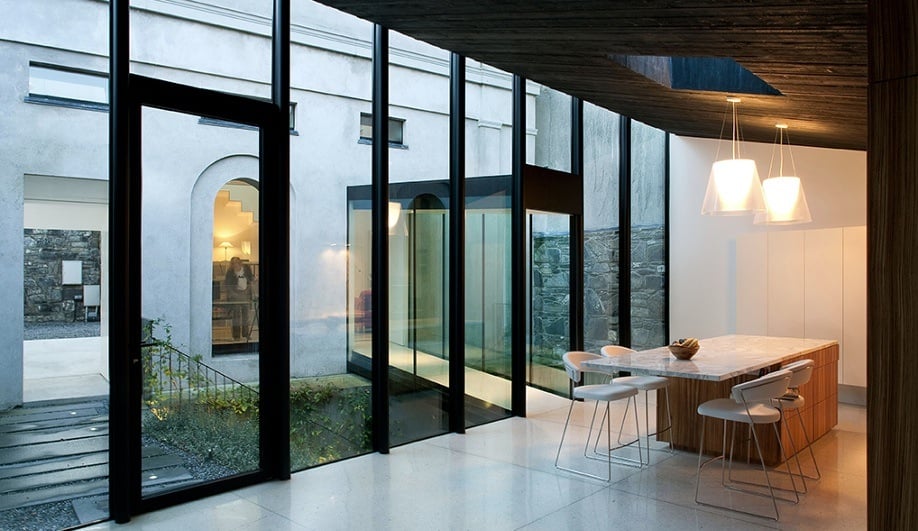 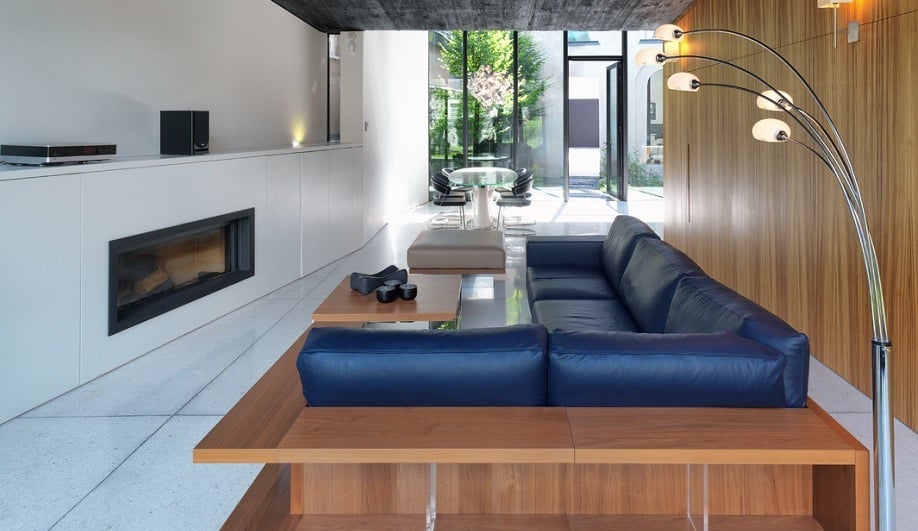 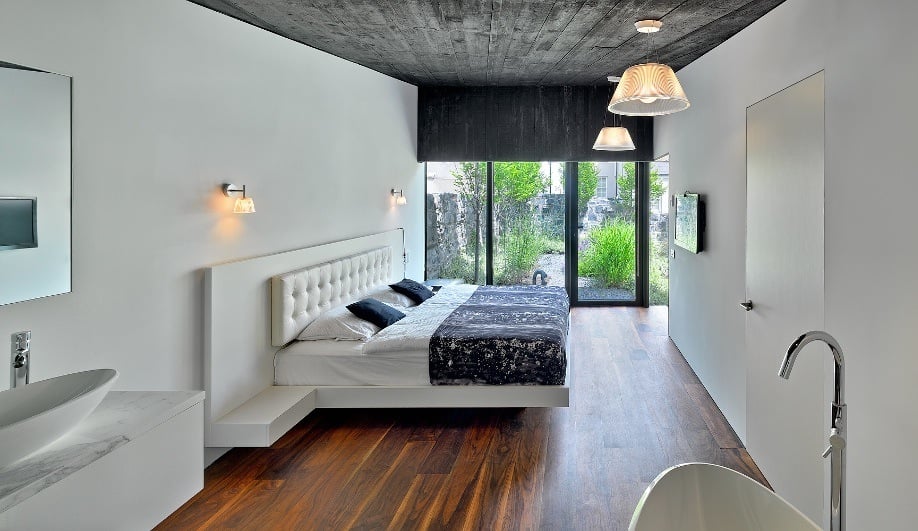 The original coach house was built in 1847, in a stately style that matched the home to which it belonged. Serving as a horses’ stable and servants’ quarters, the building bore a neoclassical facade typical of the Georgian era. Yet in recent years, it sat neglected, an architectural afterthought eventually subdivided into apartments for rent, even as new single-family homes sprouted up along the lane.

When the current owner – an Irish ex-pat living in California – decided to update the crumbling structure into a modern home for her family, she turned to another transplant from Ireland, architect Lorcan O’Herlihy. Based in Los Angeles, O’Herlihy was born in Dublin – though Flynn Mews House is his first project there. His brief was a fitting blend of old world and new: he was to rebuild the coach house, making it modern while restoring its Georgian facade; plus he had to design a whole new main house with a visual link connecting its interiors to those behind the Georgian facade.

This creates two distinct structures: behind the original facade, there’s now a main-floor media room, and two second-floor bedrooms, with the exterior clad in sleek steel-framed glass and concrete, board-cast and stained a dark grey. A white funnel-shaped passage of troweled plaster leads from the entry court through the facade to an interior courtyard; beyond it, the entirely new main house holds the living and kitchen areas, and two more bedrooms.

A glass bridge connects the two halves, floating over a below-grade section of the interior courtyard, which was added by the architects to provide light and outdoor space to a basement-level bedroom.

Inside, both sections of the home feel unmistakably modern. The designers used custom millwork extensively throughout – for the kitchen island and cabinets, and paneling on the living room wall – unifying both halves of the home. The stained board-cast concrete on the exterior is also used to finish the ceilings in the living areas and bedrooms, contrasting in texture and colour with the otherwise blank plaster walls and light terrazzo floors. The ceiling’s darkness is mitigated by bold lighting fixtures, including twin Romeo Moon S1pendants by Philippe Starck for Flos, and a skylight centred over the island.

Invisible sustainability measures run throughout the house, including passive lighting strategies, the use of recycled glass in the concrete, and high-performance glass and plaster. Grey water, used in combination with solar thermal heating panels on the roof, is used to heat the home via radiant floors.