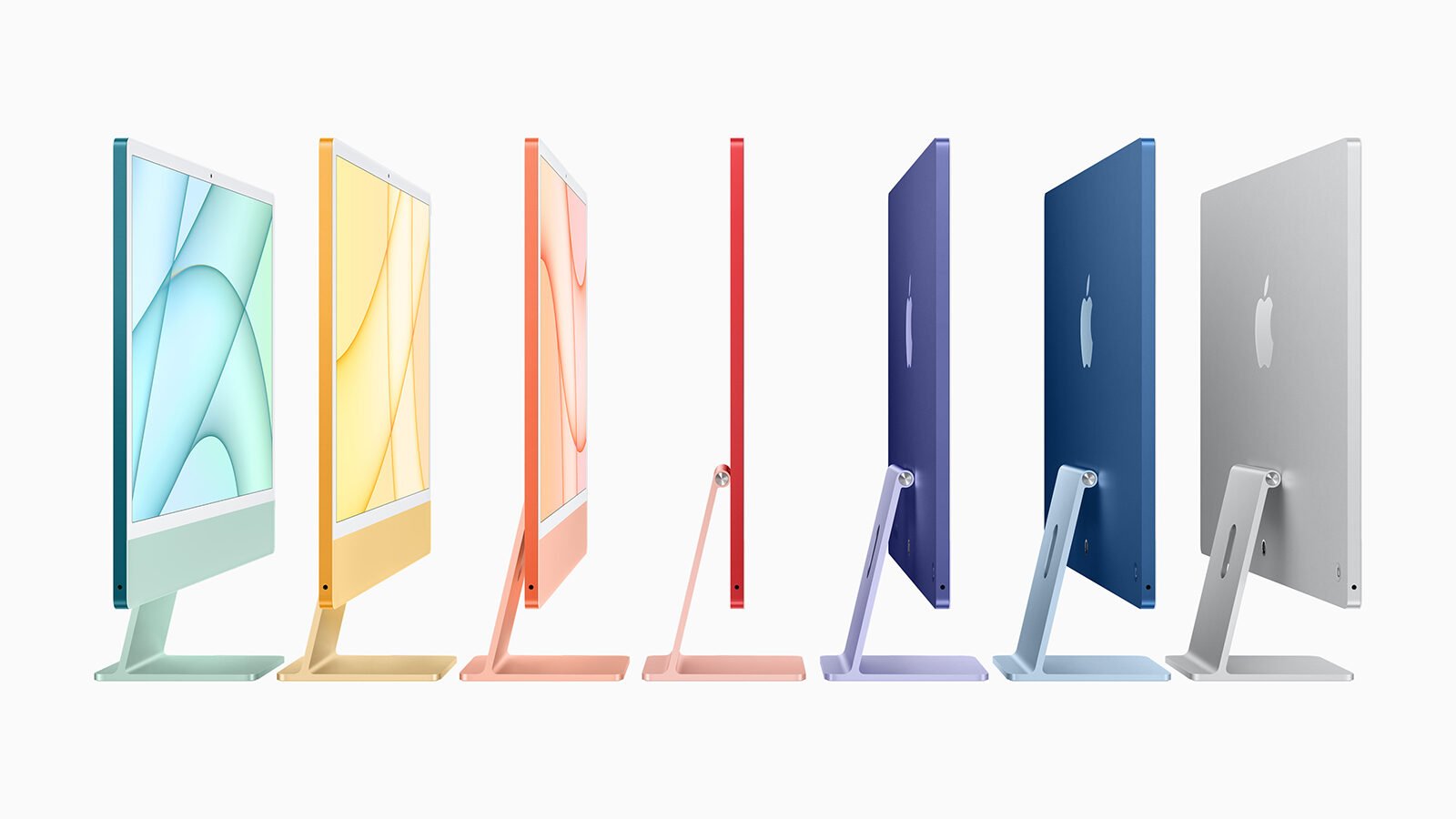 Apple’s M1 Returns the iMac to its Multi-Colour Roots

Is Apple foreseeing a return to maximalism? It’s possible. In late May, the company released their newest line of desktop computers, the iMac M1. Perhaps as a riposte to years of minimal and understated designs, or as a nod to a recent resurgence in bright, multi-tonal interiors, the M1 computer is available in a rainbow of colours.

This isn’t Apple’s first venture into the world of colour. Jonathan Ive’s seminal iMac G3, which was released in 1998, originally came in one single translucent hue entitled Bondi Blue. Over the years that followed, it was eventually released in an impressive array of 13 colours and patterns, including Blue Dalmatian and Flower Power, before the company discontinued the line in 2003.

In a revival of the multi-tonal trend, Apple unveiled the iPhone 12 late last year, available a range of six pastel shades with a flat edge design similar to the M1’s. (The company’s next MacBook launch, foreseen for the end of 2021 is rumoured to join in on at least the flat-bezel trend, if not the rainbow of colours).

The iMac G3 in Bondi Blue was the first colourful product in Apple’s line.

Though a far cry from the iMac G3’s plastic coating and egg-shaped contour, the new M1 — which likely represents one of the final Apple products designed with Ive’s direct involvement — does prove nostalgic. We can’t help but be reminded of the 90s, when brightly coloured and translucent tech (from video game consoles to Tamagotchis) was de rigueur.

While the front side and base of the desktop bares muted pastel tones, the back of each unit makes a more dramatic statement with vivid, amped-up colours in shades of green, yellow, orange, pink, purple, blue, and Apple’s classic silver. A woven, colour-matched cable and power connector attaches magnetically to the back. To add to the monochrome effect, the M1’s mouse, touch pads and keyboard pads are also available in corresponding hues.

Of course, its bright shades aren’t the only notable feature of the M1. The new iMac is Apple’s most compact ever — with a thickness of 11.5 millimetres, its profile “practically disappears.” This compact design reduces the volume of the iMac by as much as 50 per cent, allowing it to fit into tight spaces with more ease.

The M1 will be the first iMac to no longer rely on Intel’s chip or microprocessor. Instead, it will employ Apple’s in-house M1 chip, which has been in the works for half a decade. Other ingenious updates such as a new 1080p video camera (perfect for Zoom calls) and a Touch ID keyboard function remind us that the M1, despite its nostalgic appearance, is very much a 21st century machine.