2013 AZ Award Winner: Best Unbuilt Competition
Cristal, a concept for a visitors centre in the Dead Sea, Israel, by Sitbon Architectes of Paris 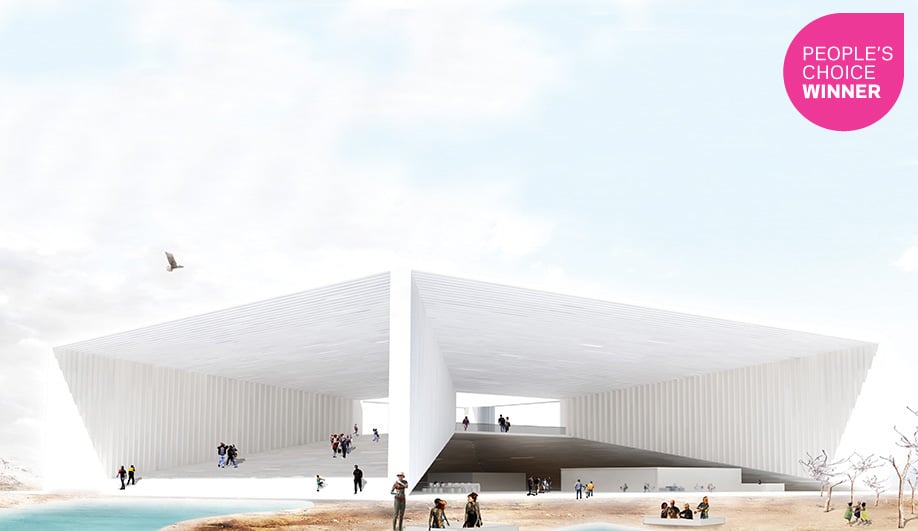 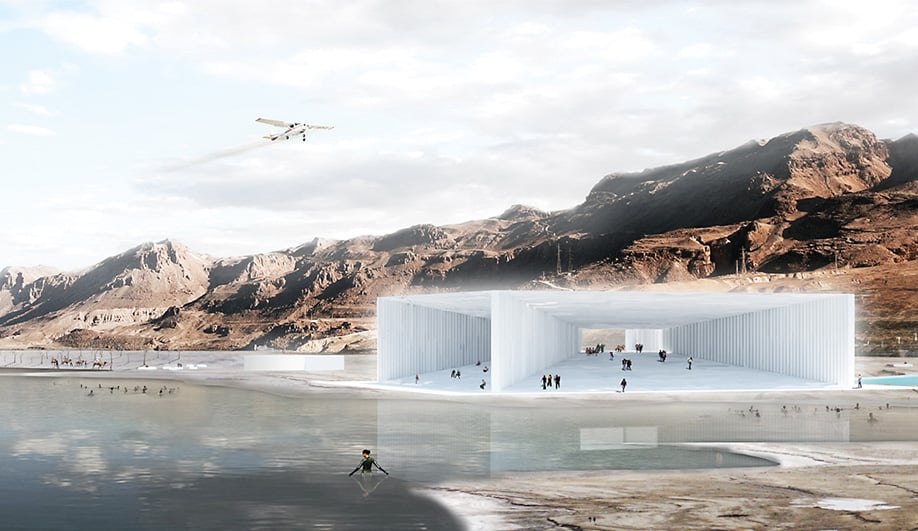 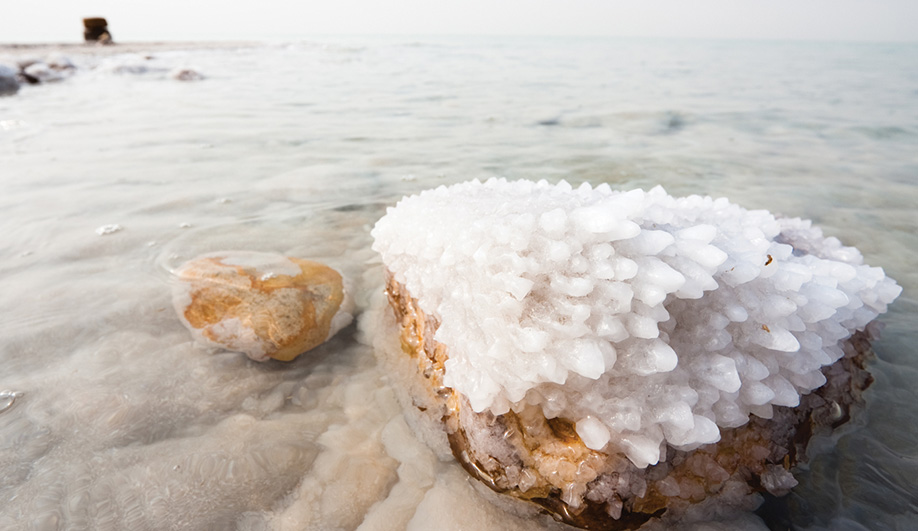 Taking as inspiration the smallest yet most poignant element of the landscape, Sitbon Architectes has, quite literally, distilled within this site-specific project the pure essence of its location. Called Cristal, the 19,720-square-metre information centre is designed to inhabit a tourist destination on the southern tip of the Dead Sea, and every element of it ­mimics the rigid, linear form of a salt crystal. The two-storey pavilion, square in shape, draws attention to the rapidly shrinking Dead Sea, the lowest elevation on land (approximately 420 metres below sea level), which is losing up to one metre of depth each year.

The simple clarity of Sitbon’s design ensures that Cristal appears monumental amid its vast wilderness location, even though the proposed interior includes such touristy standbys as a restaurant, a mud bath spa, boutiques and a bar.

The real master stroke, though, is how swiftly Cristal could be constructed, without damaging the natural wonder of its surroundings. Pre-fabricated metal panels would be erected on site in less than a week. Nature would take care of the rest, as windblown salt water dries and crystallizes, cloaking the entire structure in solidified salt, so the pavilion slowly becomes an embodiment of the very crystal that inspired it.

It’s unfortunate that a design like this, with such vivid imagination, will not be realized. Cristal would be a fitting epitaph for the Dead Sea, a three-million-year-old geographical wonder loved by Cleopatra, which could vanish as early as 2050.

THE FIRM Formed in 2011 by Emmanuel Sitbon, with Selma Feriani, a fellow graduate of the École Spéciale d’Architecture, Sitbon Architectes is bursting with confidence. Cristal rose from their work with such architectural luminaries as Peter Cook and Odile Decq. In just over a year, the Paris studio has been nominated for numerous awards and its works exhibited around the world.

What the jury said:
“We were looking for an economy of means, a conceptual clarity and something that could really have an impact on the culture. Cristal has this in spades.”
– Ken Smith, Ken Smith Workshop