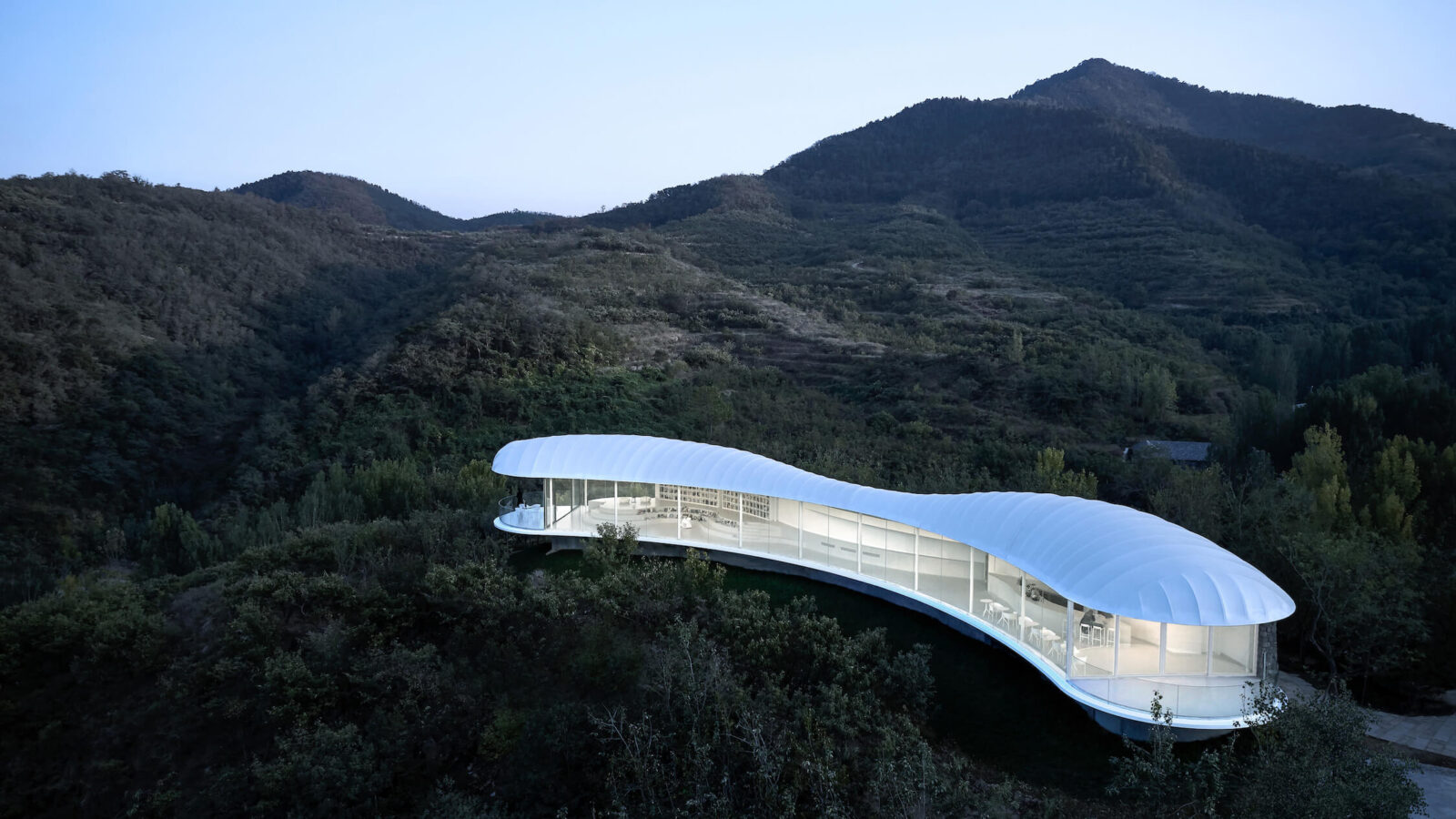 North of the city of Tai’an, Shandong Province unfolds in a landscape of rocky mountains, gorges, gullies and lush deciduous forest. It is also a geography rich in culture, with Mount Tai – the easternmost of the five Sacred Mountains of China – as its spiritual centre. Dotted with centuries-old temples and historic sites of pilgrimage, the mountain is also home to the striking new Jiunvfeng Study by Hangzhou’s gad·line+ studio.

Situated atop one of Mount Tai’s smaller peaks, the centre is a contemporary complement to the region’s much older temples. While Jiunvfeng Study features a cafe and a reading room, the quiet, contemplative space is foremost a vessel to take in the majesty of nature.

Its organic form responds to the mountainside’s shifting topography, maximizing views of the landscape. From a winding path up the mountain, a discrete rubble wall marks the building’s narrow entry corridor, which stretches out sinuously to a pair of more generous spaces that respectively house the cafe and the reading room.

Topped by a pristine white roof, a sleek double-height curtain wall frames the building, with the elongated room bookended by a pair of balconies. 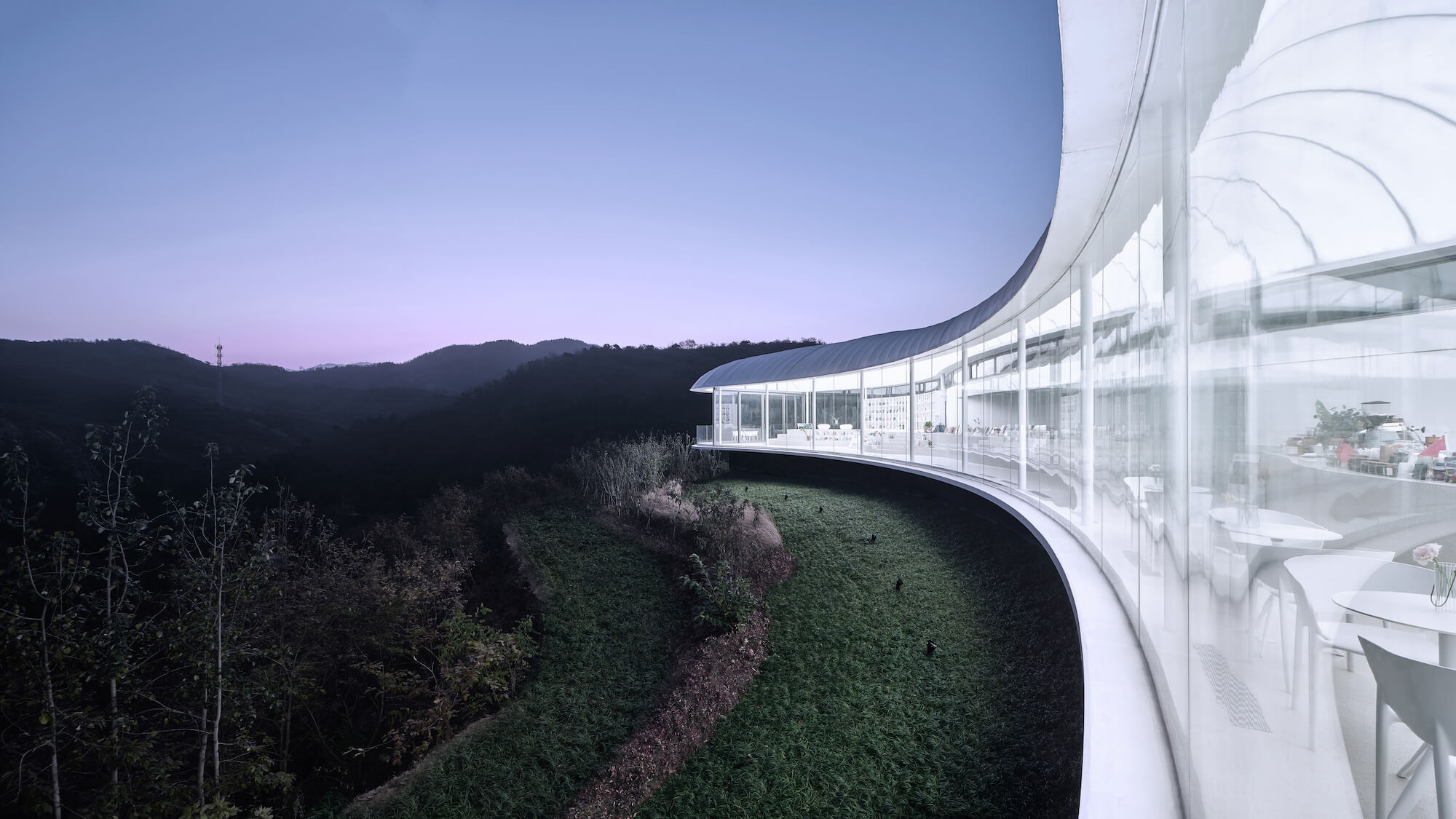 According to gad·line+ studio, the lightness of the structure “blurs the line between the architecture and the natural landscape, giving visitors and readers the illusion of being in the top of forests and mountains.” And while the Jiunvfeng Study is visible from both the mountain road and a nearby village, the white form is designed to read as a sort of abstract cloud – at once discreet and prominent. In overcast weather, it’s not difficult to imagine it almost melded with the sky.

Although the building’s program may seem – to western eyes – surprisingly minimal, the simple combination of a mountaintop retreat and reading room reflects Mount Tai’s cultural heritage.

Recognized as a sacred place for over 3,000 years in Chinese folk religion, the mountain is celebrated as a site of inspiration for writers and artists, with a similarly spare dynamic pervading many of the older temples.

Known for a contextually sensitive yet forward-thinking approach to Chinese vernacular – including the celebrated Dongziguan Affordable Housing complex – gad·line+ studio has combined a boldly contemporary aesthetic with a thoughtful nod to architectural and cultural heritage.