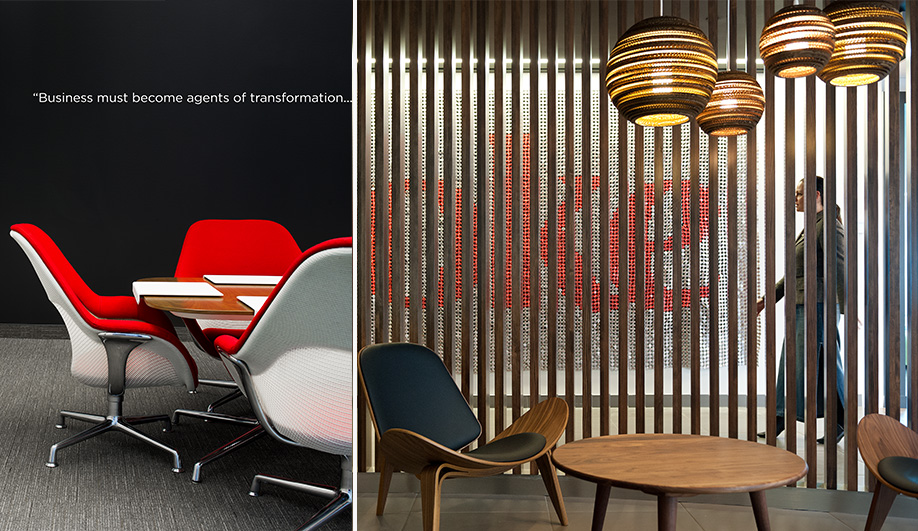 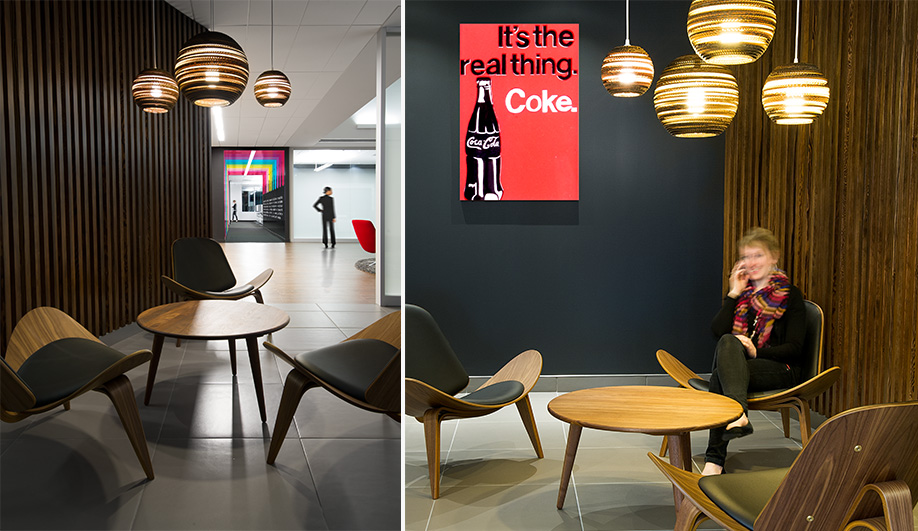 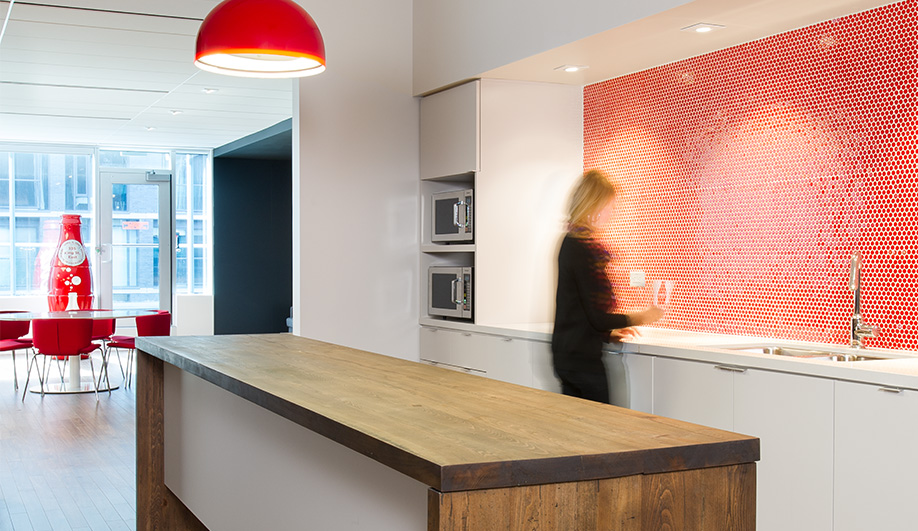 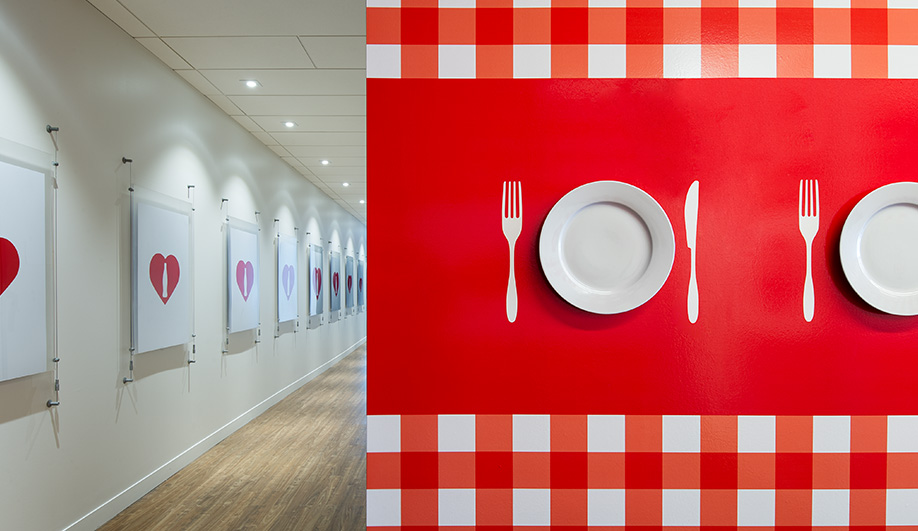 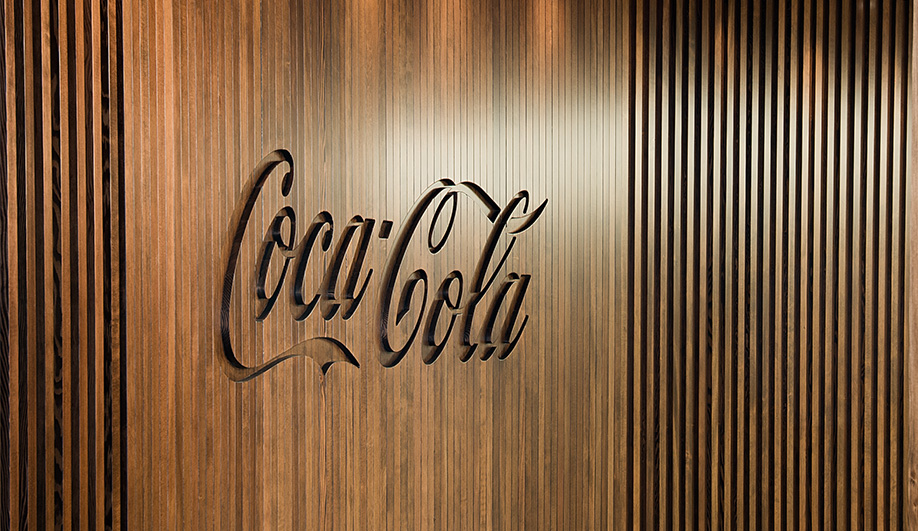 Atop a former newspaper building in Toronto’s east end, a glazed addition houses Coca-Cola‘s Canadian flagship, a space bringing together 400 employees. While branded wall treatments establish the visual code that unites the company’s offices from Belgrade to Atlanta, Figure 3 has refined those finishes and furnishings in the Toronto one. Here, a decidedly Canadian aesthetic of warm woods, contrasted against pristine white and black, dialogues with the brand’s ubiquitous red hue.

The palette is worked into every personal and collaborative work zone, as well as in areas for social interaction that Figure 3 carved into the addition. The natural, light-filled three-storey atrium, for instance, is outfitted with grey sofas and red loungers with work tops from Coalesse, and a large screen can be used to conduct presentations for bigger groups.

In the lobby, a carved panel in Douglas Fir engraved with Coca-Cola’s signature semi-cursive logo swings out, transitioning into a slatted divider that separates a seating area from a bank of elevators. Here, three of Hans J. Wegner’s low-slung, wide seat loungers welcome impromptu meetings. Overhead, globular light pendants made from recycled cardboard by Amsterdam’s Graypants emit a warm glow. Opposite this space is an intriguing wall sculpture of bottle caps spelling out the Coca Cola logo, created exclusively for the office by artist Raymond Waters.

While the conference rooms and drop-in cubicles feature stained walnut tables and red and white seating, the kitchen area is bright and energetic. Above the custom-milled island by Ell-Rod Holdings hangs a pair of pendant lights by Spain’s Marset. The fiery red backsplash is specified from Toronto’s Deco Tile and contrasts dramatically with the white Caesarstone countertop.