The Countdown to Light + Building 2018
The biennial lighting expo takes over Messe Frankfurt March 18 to 23, bringing more than 2,600 exhibitors together to show off cutting edge innovations, including everything from table lamps to street lights. 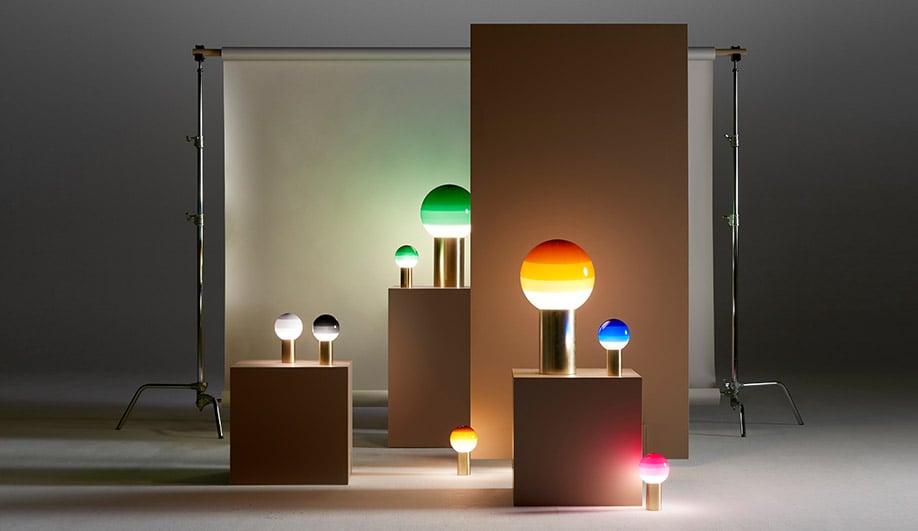 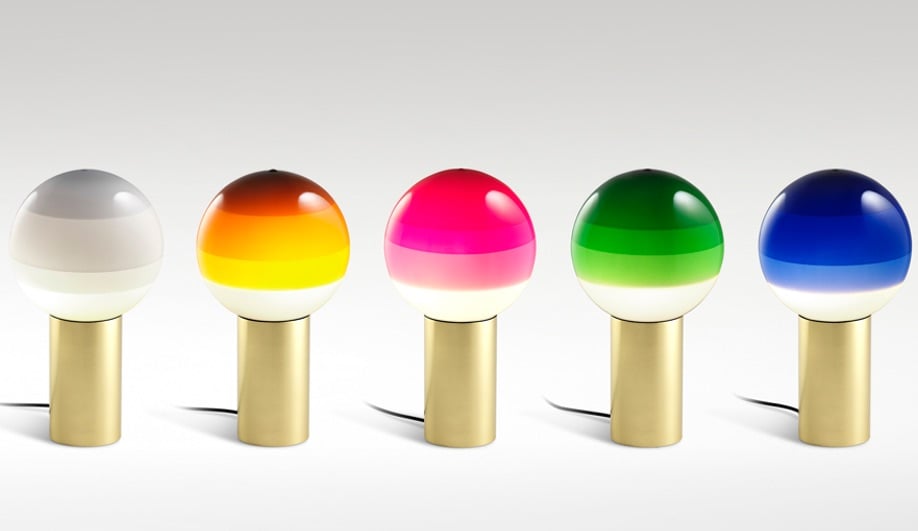 Spanish designer Jordi Canudas’s vibrant new table lamps are made by dipping the glass shade into paint over and over, creating concentric layers of colour that intensify from bottom to top. Available in two sizes and green, amber, pink, white, black and blue colourways, the lamps pair the glass shade with a cylindrical brass base. 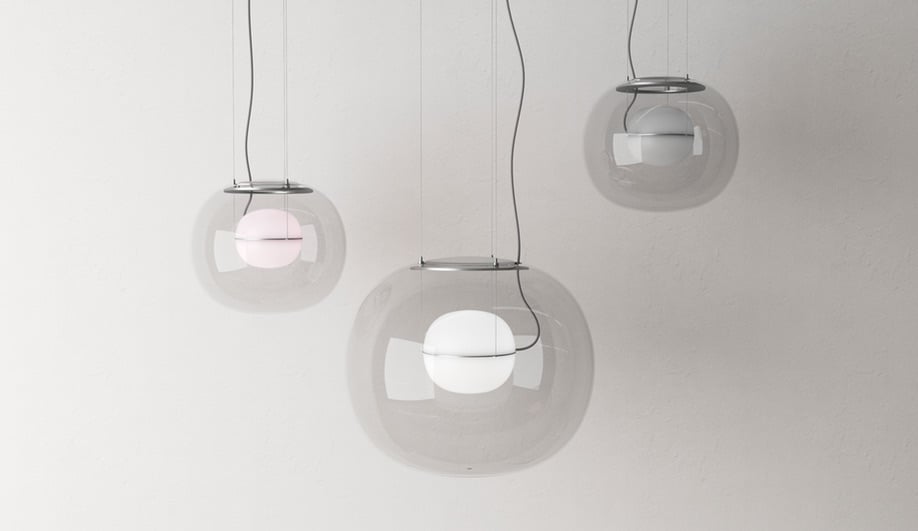 Big One and Small One by Lucie Koldova for Brokis

Light + Building 2018 will serve as an official launching pad for a number of new Brokis products that debuted earlier this year as part of Lucie Koldova’s Das Haus, at IMM Cologne. For this series of delicate, bubble-like pendants, the Czech designer was inspired by the glass blowers of Janstejn, who, she says, have a particular talent for blowing large volumes of glass. Each crystal clear glass shell features a smaller, matte sphere floating within its core, and emanating a soft glow. 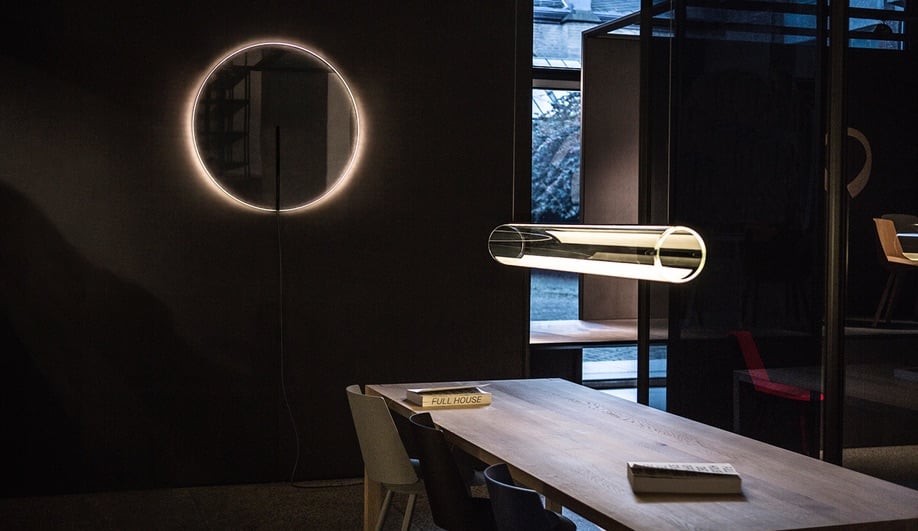 Guise by Stefan Diez for Vibia

Recently announced as a German Design Award Winner, the Guise collection by Stefan Diez is an exploration of light and transparency. The series began with a wall-mounted disc, which diffused a halo of light from its perimeter, and evolved into a glass cylinder, engraved with a pattern that emanates an intense glow. The light source, a slender row of LEDs, remains invisible until it hits the etchings, providing the illusion of light floating in space. 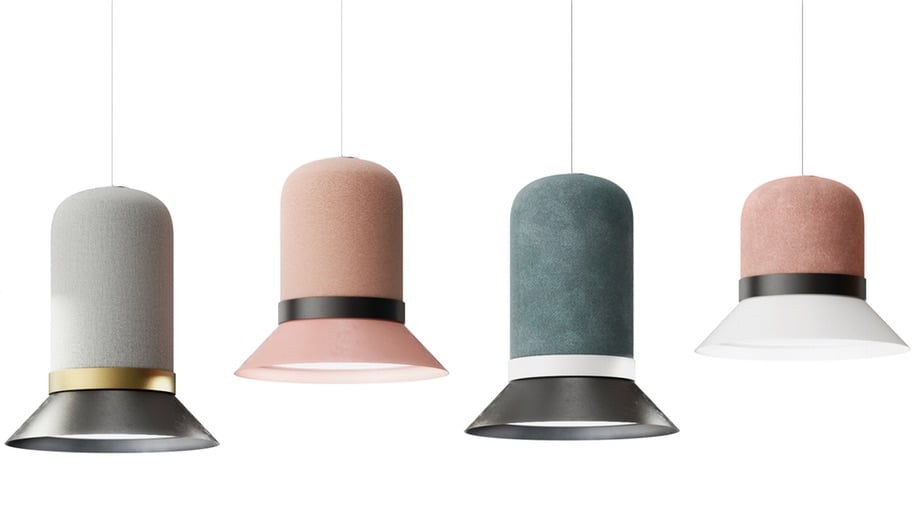 Belgian office furnishings brand BuzziSpace will make its Light + Building debut, with several new series of sound-buffering lighting designs, including BuzzHat. Designed by Alan Gilles, these playful hat-shaped pendant lamps feature an upholstered foam body that is offered in wide array of colours and fabrics. The softer components are combined with a metal shade and ring offered in black, white, beige red and gold finishes. 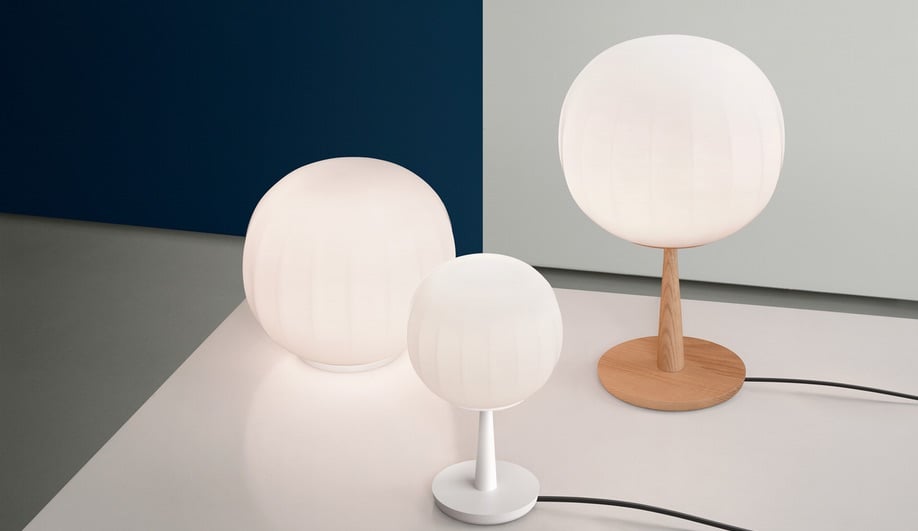 Lita by David Dolcini for Luceplan

Italian designer David Dolcini‘s versatile new Lita lighting family is characterized by its opaline blown glass diffusers, striped with slight vertical folds that fade away as the softened geometric forms curve towards the top and bottom. Paired with bases in powdercoated aluminum or wood, they form a variety of lamps for walls, ceilings, tables or floors. 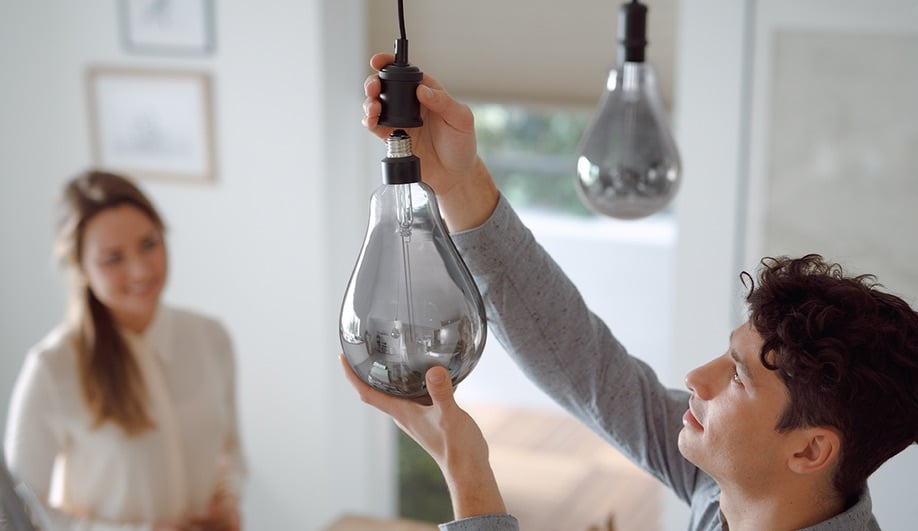 Internationally recognized for its technical innovations and smart consumer products, such as the ubiquitous Hue smart bulb, Philips has a major presence at Light + Building 2018, taking over Messe Frankfurt’s entire Forum hall each year. Among the novelties the company is showing off this time around will be the first outdoor versions of Hue, including the Hue Lily spotlight system. Also on tap are the new Deco LED series, which includes the whimsical Giant bulbs shown. 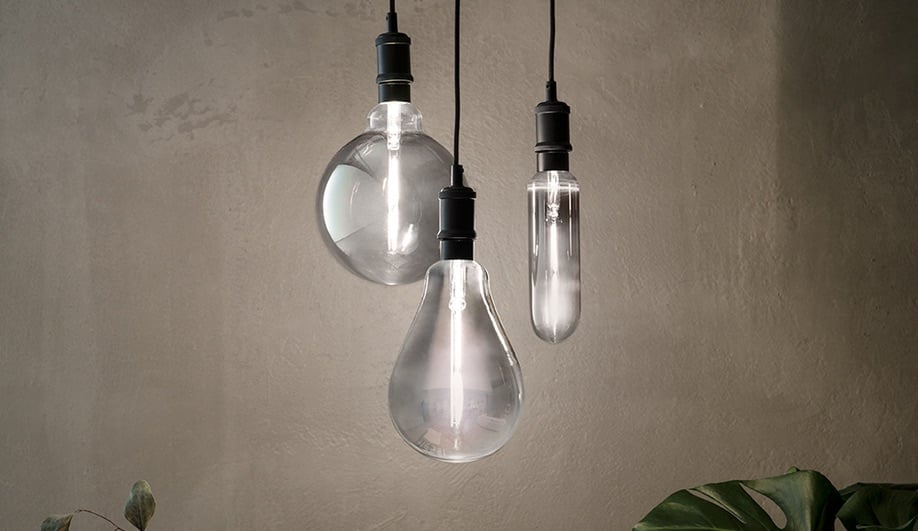 Light + Building 2018 happens at Messe Frankfurt from March 18 to 23. Get tickets or register here.