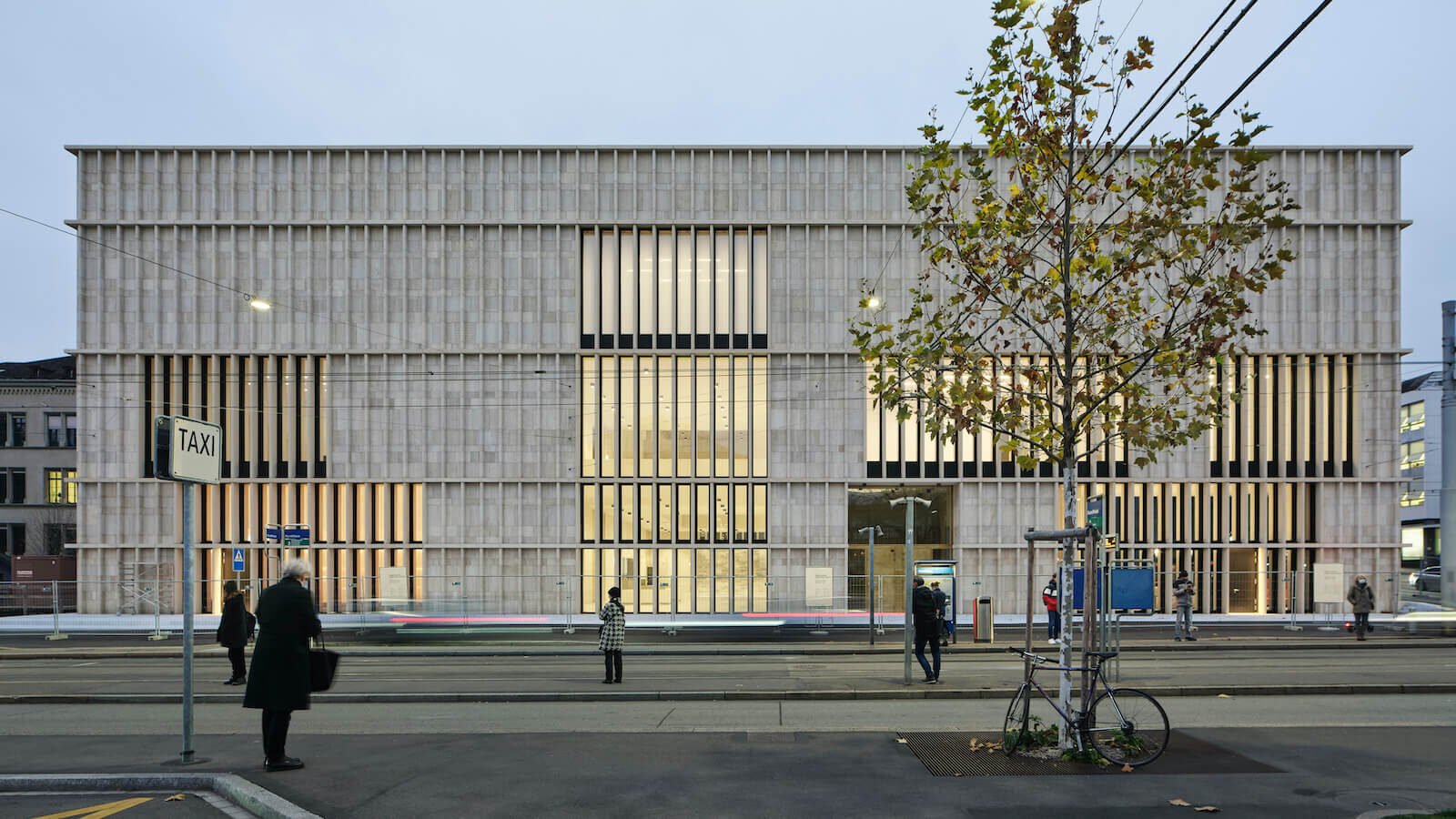 It’s serene, elegant and (remarkably) welcoming in its austerity. The new wing of the Kunsthaus Zürich Museum sits at the heart of a burgeoning – albeit temporarily dormant – cultural complex. Completed in late 2020, the subdued yet striking design by Berlin’s David Chipperfield Architects is set to open to the public once Switzerland’s COVID-19 lockdown restrictions are lifted.

Even now, it makes its presence felt. Adorned in slender fins, a light facade of locally sourced Jurassic limestone announces a hub for modern art and temporary exhibitions, with the building’s geometric form gently emerging from a sloped site. Behind the fins, the graceful limestone face gives way to generous glass openings that hint at the spacious interiors.

The Garden of Art is visible at the far end of the building.

An underground passage connects the building to the rest of the museum, which is comprised of three older wings – the Moser (1910), Pfister (1958) and Müller (1976) buildings – to the south.

While the subterranean tunnel invisibly links the new building’s south entrance to its Kunsthaus neighbours, a much more prominent public plaza frames its northern face. Dubbed the Garden of Art, the intimate green space is tucked between the new wing and a historic cantonal school dating to 1842.

The cantonal school’s simple rectilinear volume and clear, symmetrical architecture is reflected in Chipperfield’s design, whose limestone fins create another aesthetic dialogue with the similar vertical accents of the Pfister building. It all makes for a distinctive presence that feels of a piece with its immediate surroundings as well as Zürich’s broader urban character. Thanks to its contextual sensitivity, enhanced public realm and light-filled glass openings, an inviting sense of warmth elevates the dignified exterior.

But the real magic awaits inside. Organized as a “house of rooms,” the three-storey, 23,300-square-metre space unfolds with a diversity of experiences. Richly varied in size, configuration, lighting and material composition, the exhibition rooms that occupy the upper two stories foster a spatial narrative as visitors move through the museum. On the ground floor, meanwhile, busier public functions — including the café, events hall, gift shop and education services — are clustered around the grand central entrance to energize a vibrant street-level space.

“From the outset, we have sought to invest the museum with the physical qualities that enhance the experience of the museum visitor while considering the civic nature of the building and the institution,” says David Chipperfield. And while the ground floor celebrates the building’s civic presence, the upper levels are all art.

The museum’s rooms share a subdued material palette and an embrace of natural light. Many of the upper storey galleries are bathed by translucent skylights and openings in the stone facade bring light into the lower levels.

A simple interplay of concrete, wood, brass and marble also unites the interiors, with the varied rooms all assembled from the same kit of parts.

The elegant juxtaposition of a raw concrete skeleton and luxe brass accents epitomizes a place that feels clean but never sterile. Chipperfield’s finely honed aesthetic restraint ensures deference to the art that will fill its interiors — and it also conjures a destination that manages to become opulent in its simplicity. 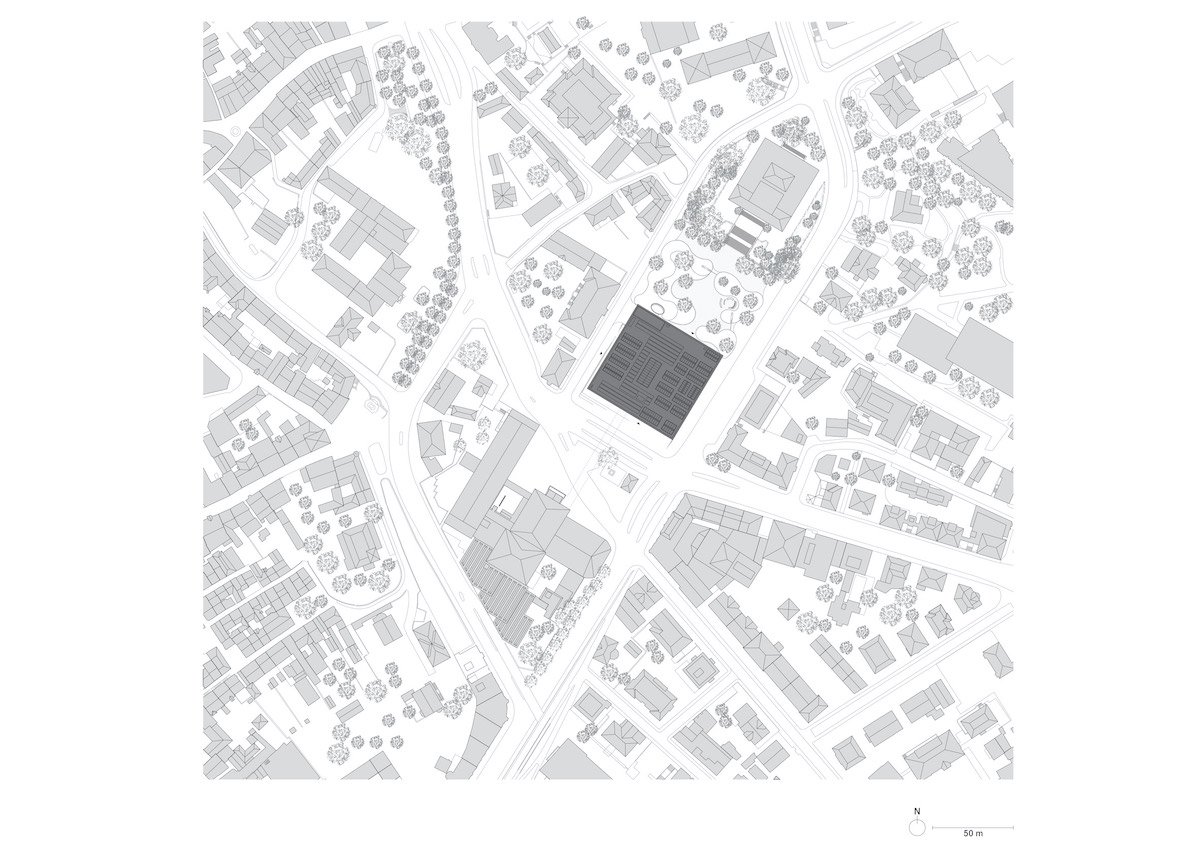 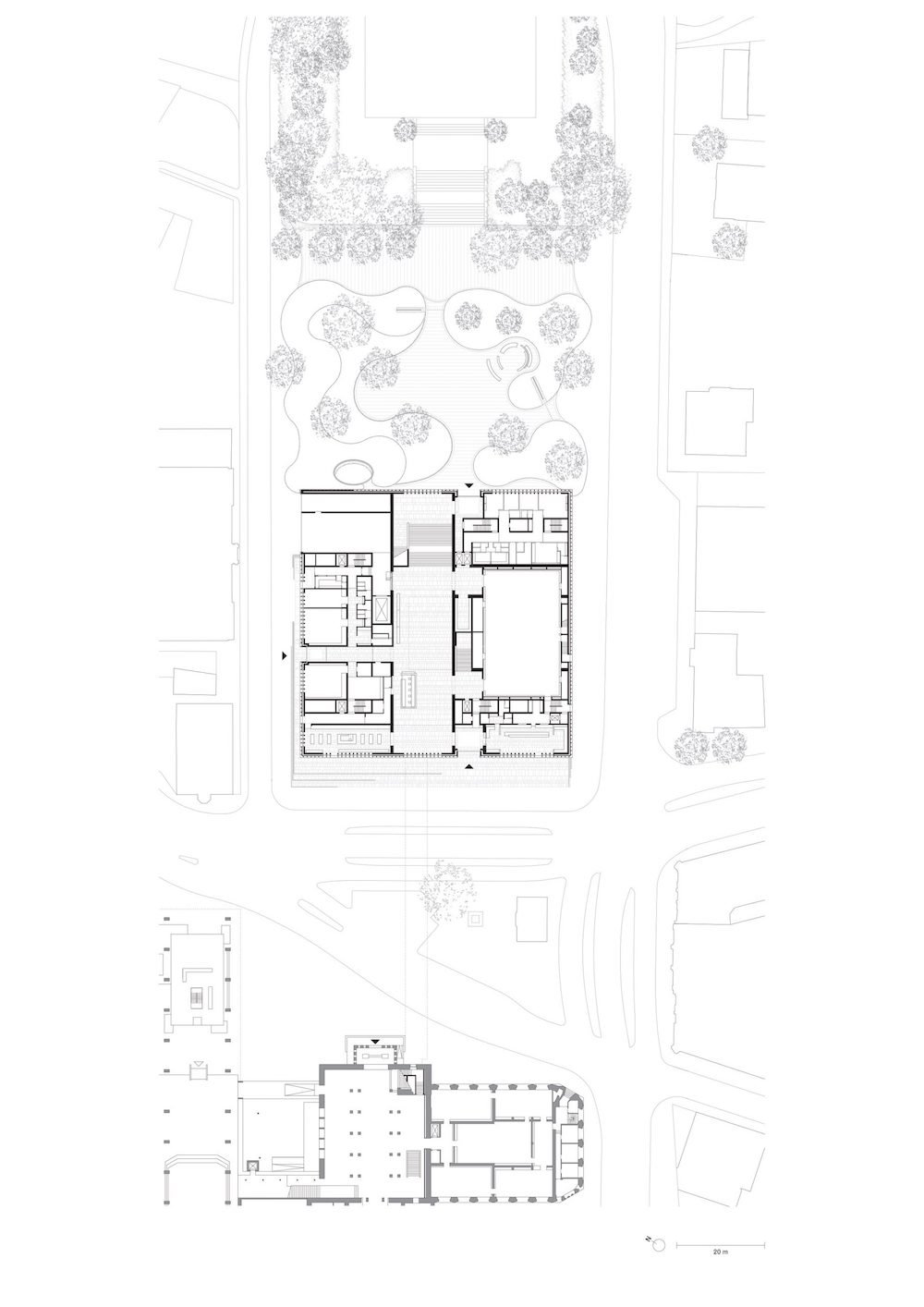 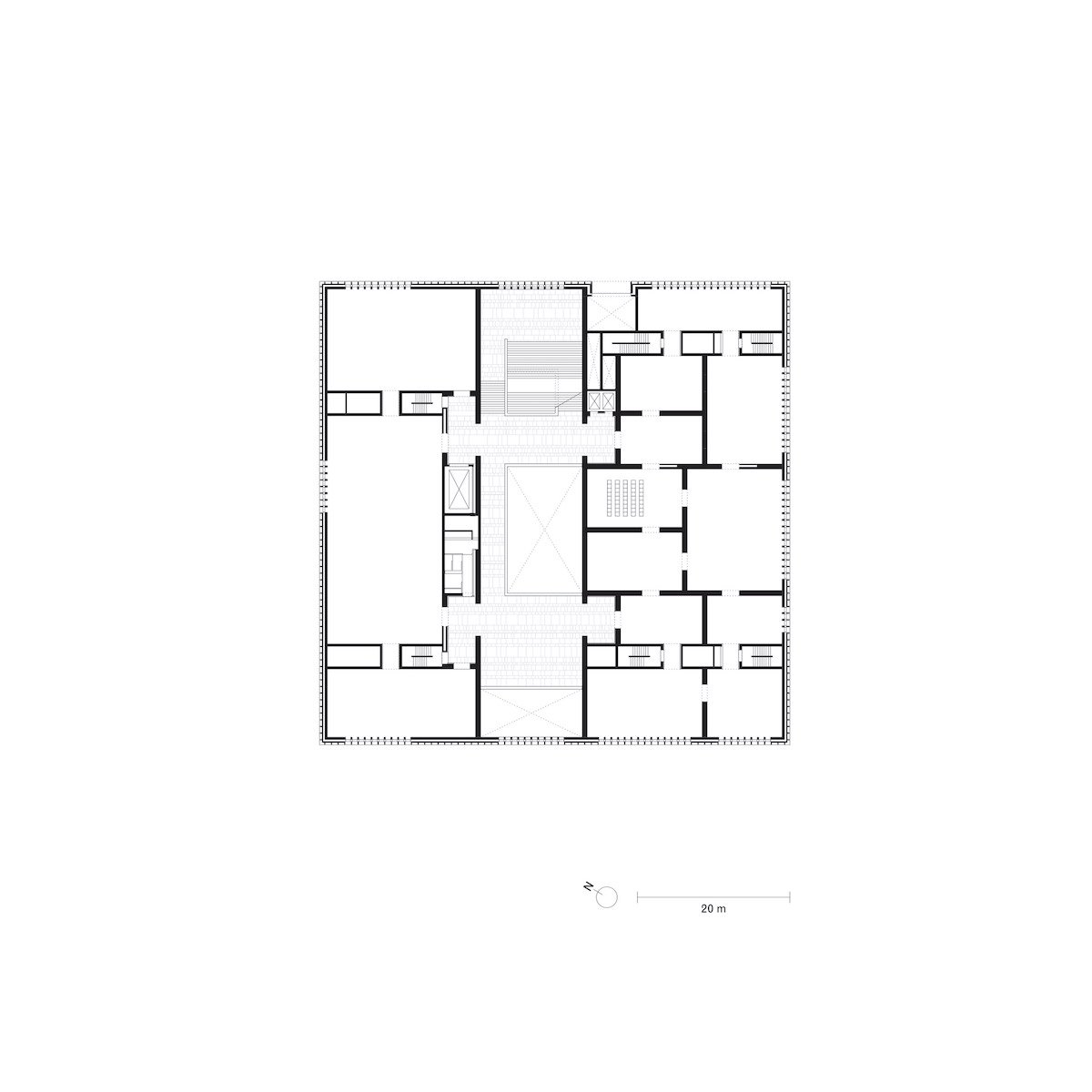 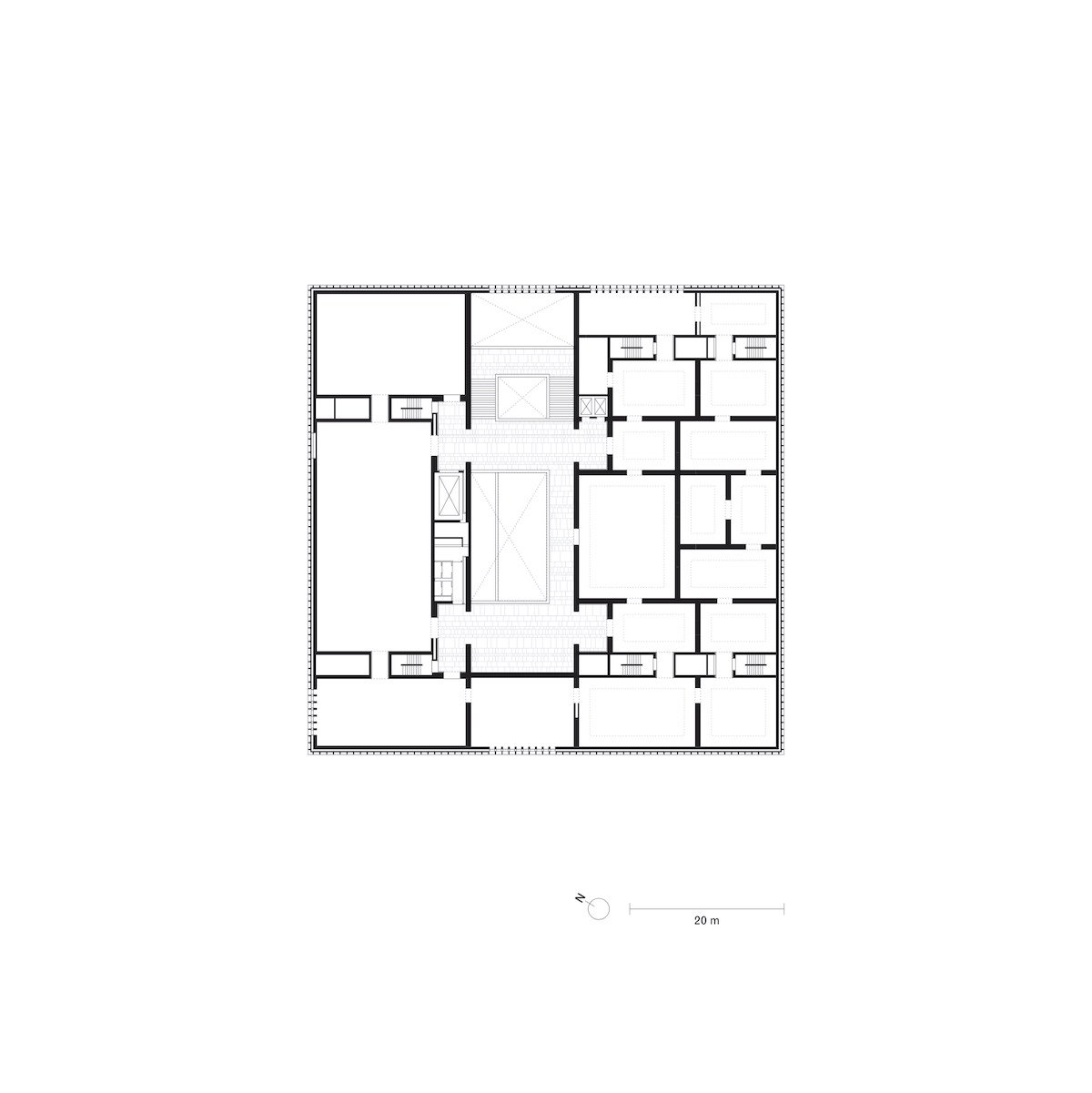 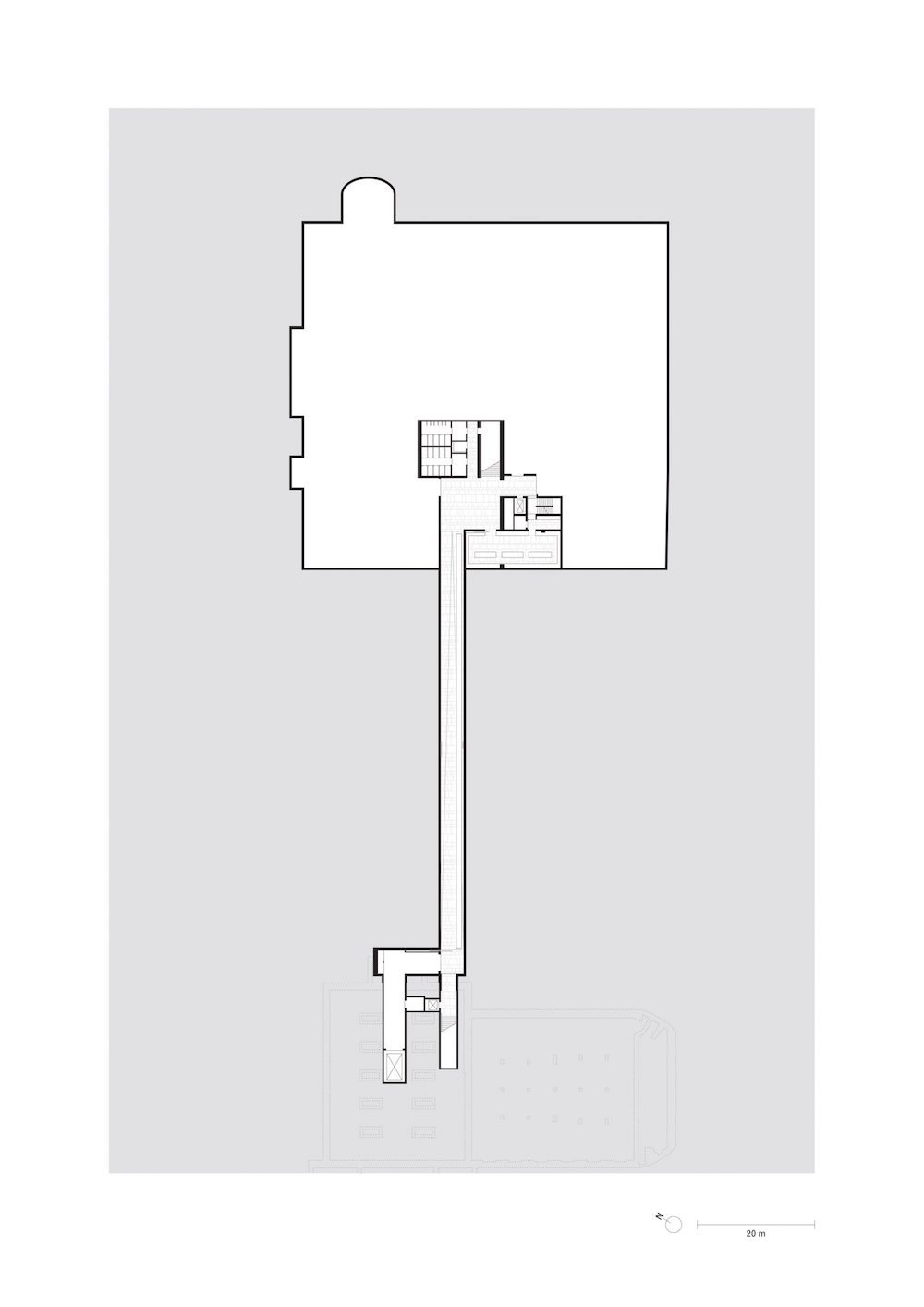 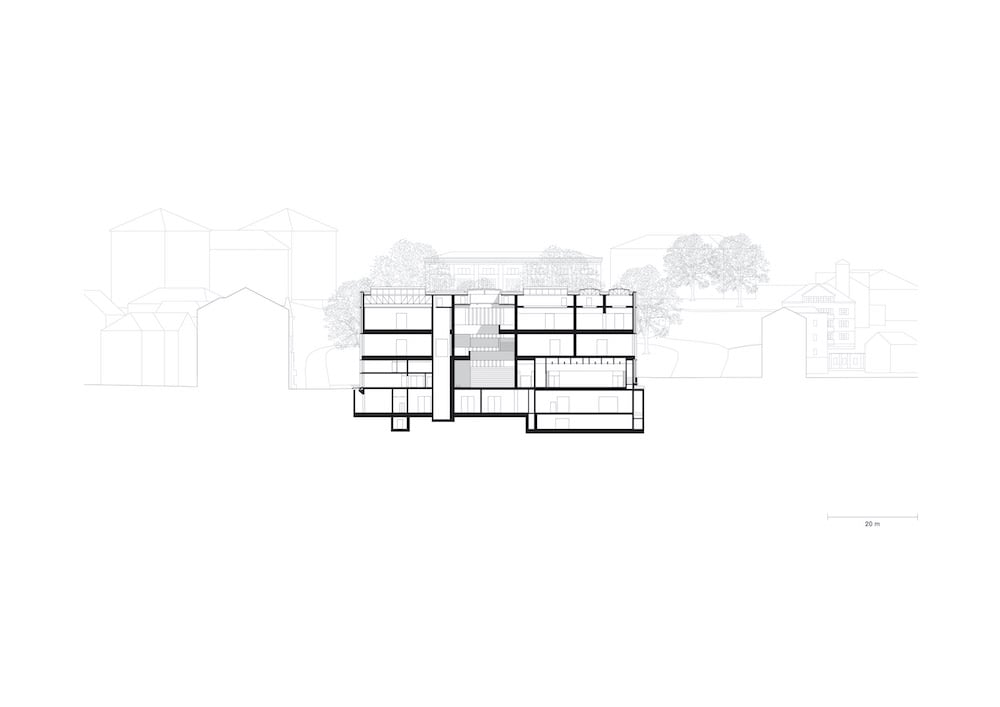 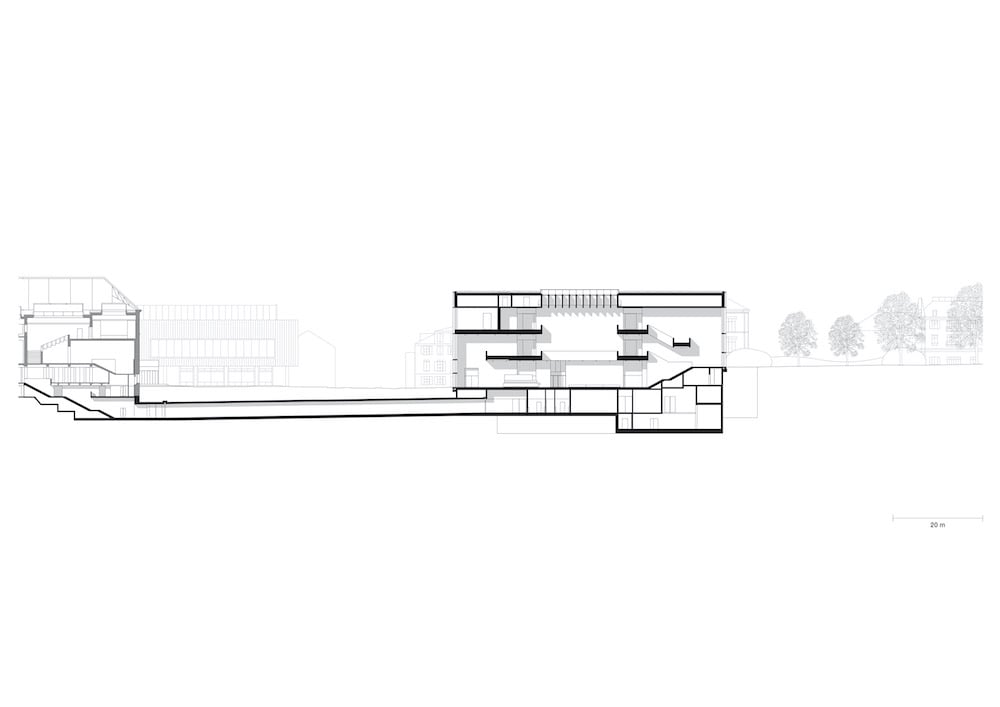