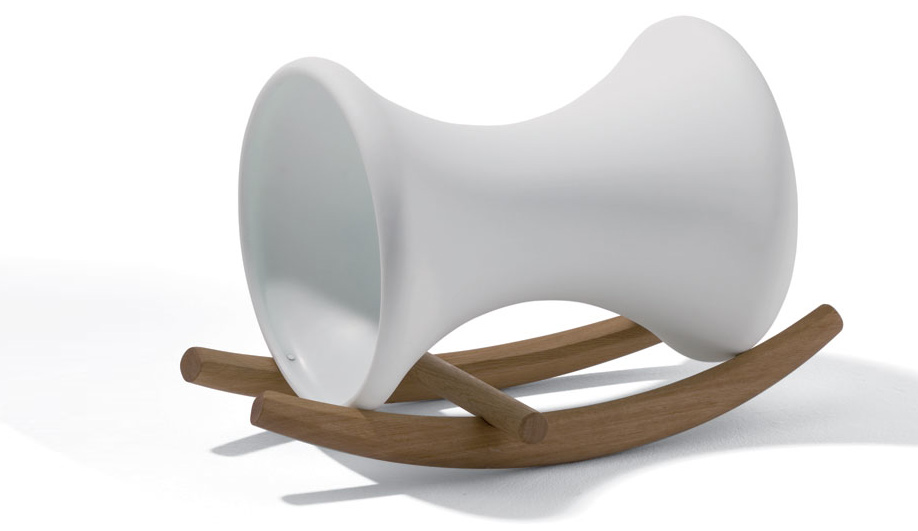 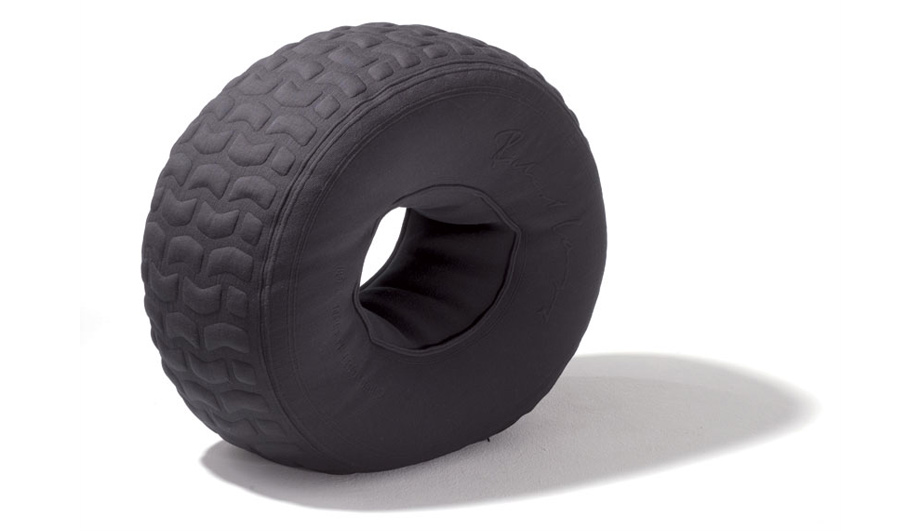 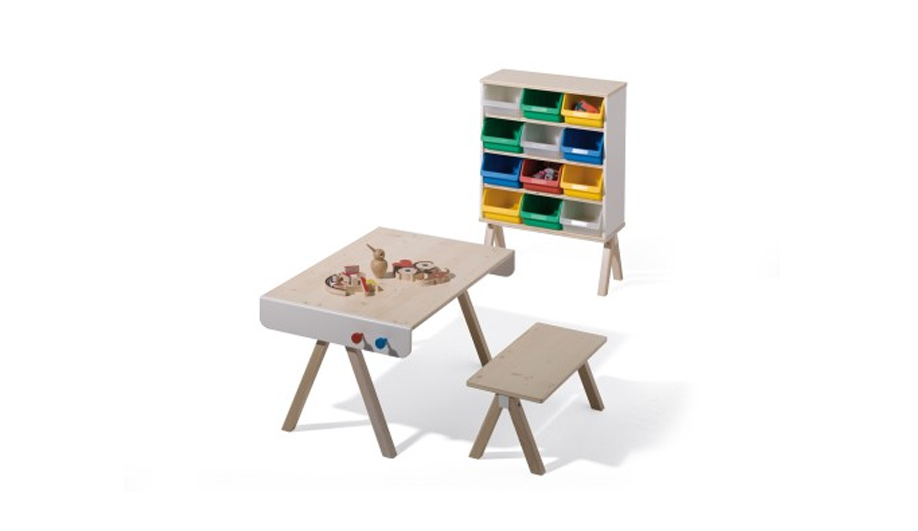 The atmosphere at the unveiling of Richard Lampert‘s Kids Only line was almost giddy. With the collection’s designers, members of the press gathered along red benches encircling a space filled with tot-friendly furnishings to hear a company rep extoll the collection’s virtues.

Among these stellar pieces was the Rocker designed by Doshi Levien. The London design duo – husband-wife team Nipa Doshi and Jonathan Levien – brought their inspiration with them: their young son (who felt at home in the booth exploring the other pieces on display). He also gave his parents his approval for the unique toy they created – one that plays up kids’ ability to recognize the fun quotient in any object, even if it’s seemingly abstract.

“We didn’t want to do something figurative, but make something that resembles something more like a found object,” explains Nipa Doshi. She and Jonathan Levien also wanted to create a piece with the feel of a classic – almost Eamsien – the kind of kid-friendly furniture that you want to keep around rather than chuck out the window. Rocker has that quality. It’s a simple design with more than one level of play. Kids can hold onto the rim of the spool-like saddle and rock away or play peek-a-boo thanks to its hollow core.

Bertjan Pot also presented Pit Stop, a play on that age-old example of upcycling – the tire swing. Pot’s version is woven and meant for the indoor fun; lounge in it or roll it around. Another reinterpreted classic, Monica Förster‘s Wonder Box, makes the child’s desk an almost seamless pairing of chair and table.

These pieces are just a few that make Richard Lampert’s latest collection a standout at a fair that almost always focusses on the adults.