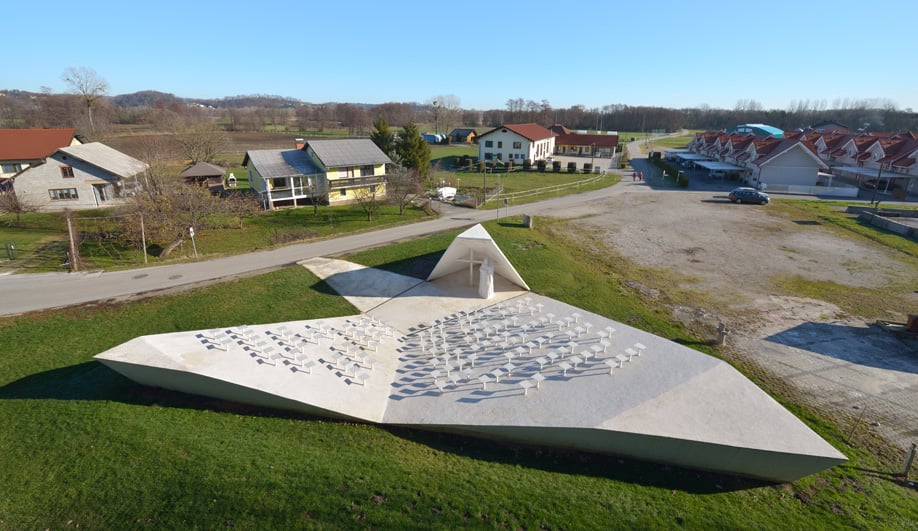 One material – white concrete – was used to delineate the structure from its grassy setting. 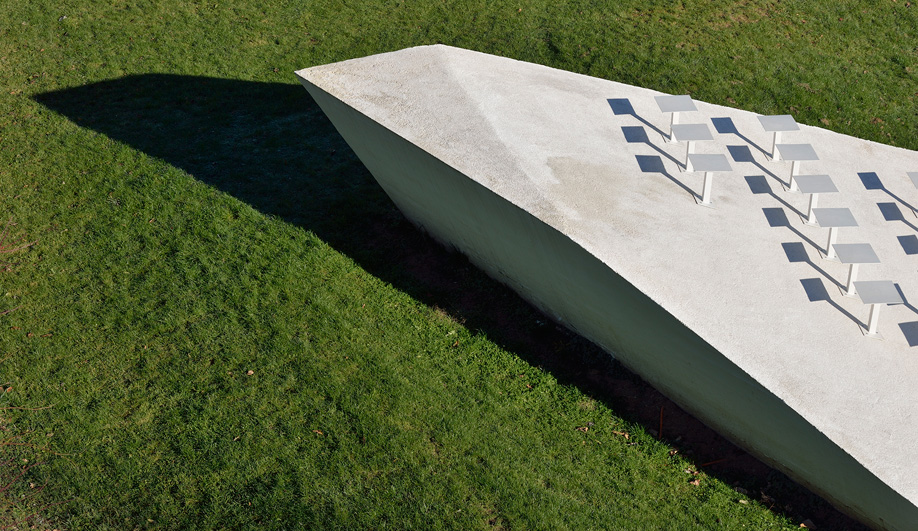 Most of the structure is raised off the ground, making it appear as if it’s floating above the dry riverbed on which it sits. 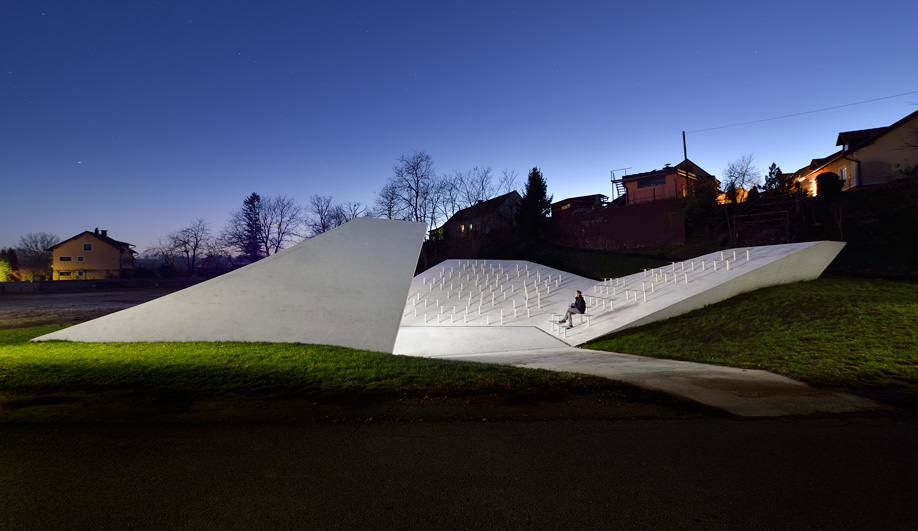 Referring to Oakland, California, her hometown, Gertrude Stein famously wrote: “There is no there there.” It’s a sentiment that the residents of Skorba, a village in northeastern Slovenia, would likely appreciate. Once a typical village with discernible boundaries and an identity of its own, Skorba was subsumed over the years by the nearby town of Ptuj, becoming a fuzzily delineated suburb of its larger neighbour. When Skorba decided to build an outdoor chapel, it directed the firm it hired – a Ljubljana-based practice called Enota – to also restore a clearly legible centre to the place.

The resulting intervention – completed last year on a symbolic plot through which a village stream once ran – is a combination town square, open-air shrine and all-purpose grandstand that is not only legible but instantly redefining.

The new village hub is connected to an existing roadway by a narrow access path. A partially covered chapel – the projectu2019s driving component – overlooks the structureu2019s centre, which dips slightly.

Resembling a giant paper airplane that has alighted softly in the dry riverbed, the 300-square-metre, white-concrete gathering spot consists of various geometric planes aligned in a rough triangle. The largest of these raised planes dip slightly where they meet; the effect, Enota points out, directs the eye toward the centre, which is dominated by a partially covered recess.

Dozens of minimalist, square-topped stools dot the structure’s surface, providing perches for meditation, socializing or the taking in of performances. “The combination of simple materiality and emphasized volumes,” Enota says, “creates an attractive spatial element, its appearance sufficiently bold to drown [out] the heterogeneity of the surroundings and mark the significance of the site.” In other words, there is very much a there there now.

SHARE
Twitter, Facebook, LinkedIn, Pinterest, Email
TAGS
Architecture, Cultural, Installation,
AZURE is an independent magazine working to bring you the best in design, architecture and interiors. We rely on advertising revenue to support the creative content on our site. Please consider whitelisting our site in your settings, or pausing your adblocker while stopping by.