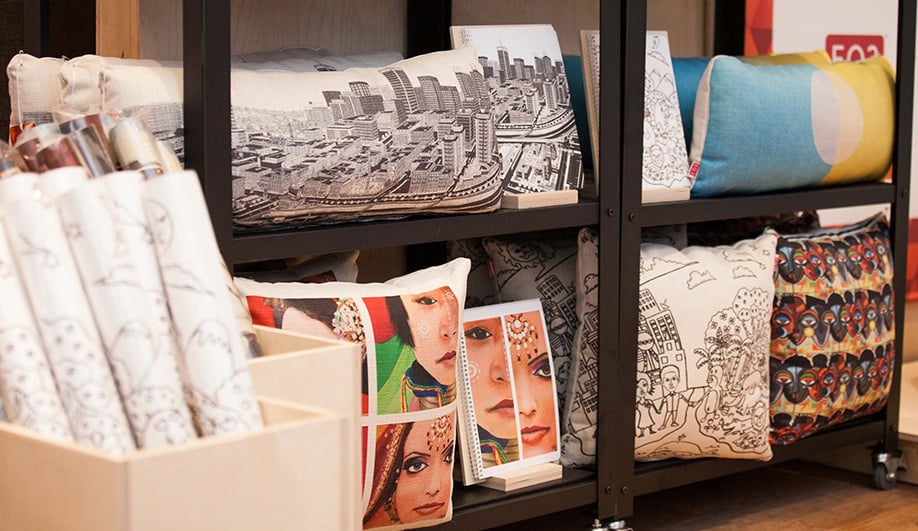 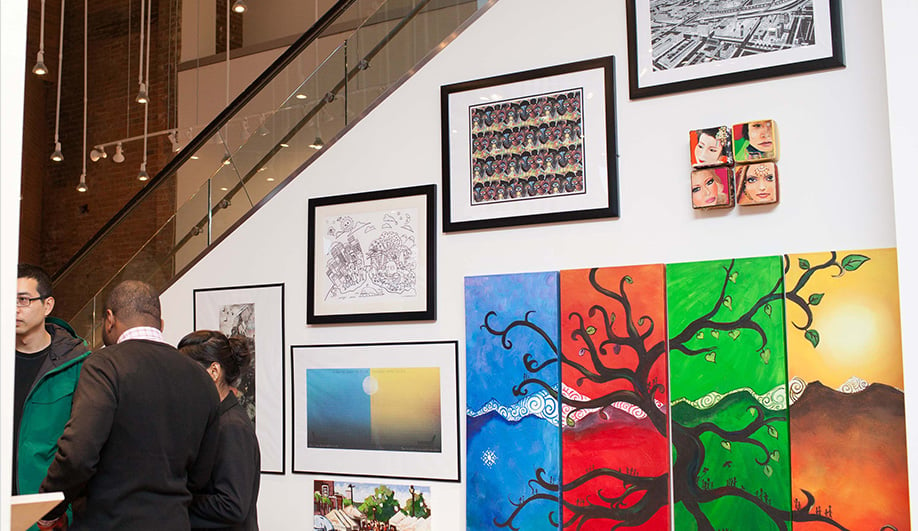 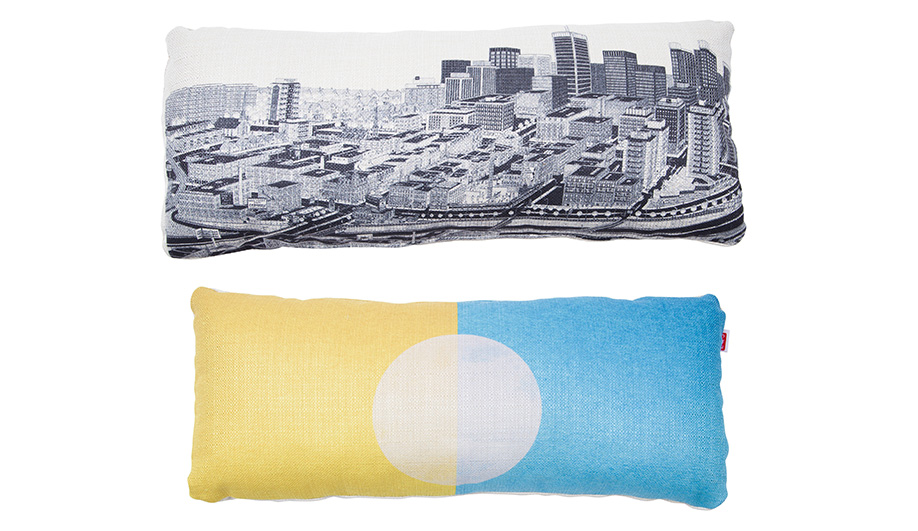 Top to bottom: Brad Emsley’s Morphology of the City cushion and Raul Yu and Ian Keteku’s For Nurture cushion 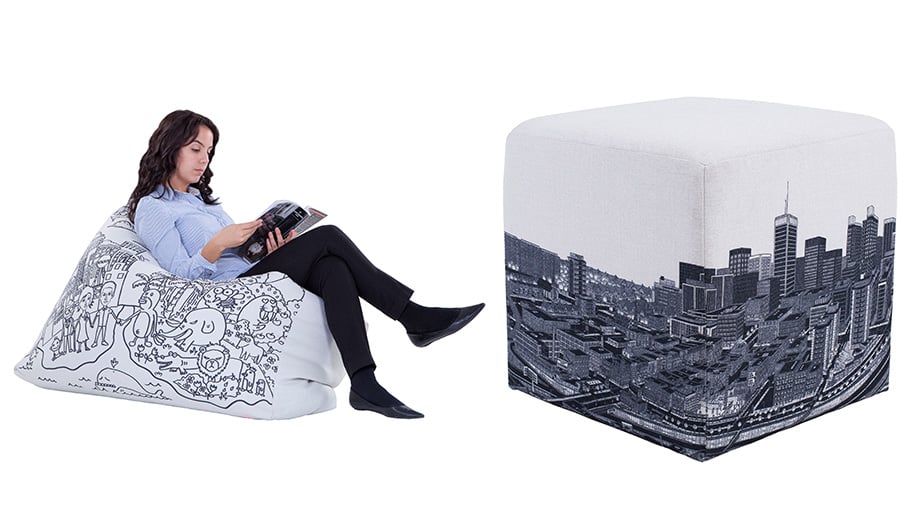 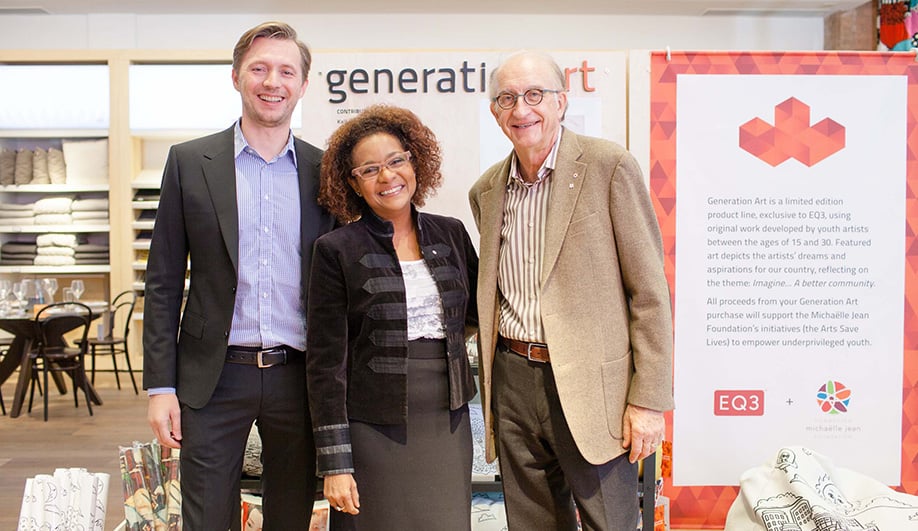 The collection comes a year after the Canadian brand partnered with the Michaëlle Jean Foundation, a youth-driven organization founded by Canada’s former Governor General and her husband, Jean-Daniel Lafond, that promotes social change through the arts.

The call for submissions invited artists from across the country to respond to the theme Imagine…A better community. And the jury selected nine sketches and paintings, including a drawing in black marker depicting humans commingling with animals, by Toronto’s Simon Yiu; and a serene painting representing day and night by Calgary’s Henry Raul Yu and Ottawa’s Ian Keteku.

EQ3 retooled the works, transforming them into products including cushions and graphic notebooks. Yiu’s elaborate scene (the marker ran out of ink before it was done and he ran out to purchase an identical one to finish the piece) is transformed into a giant beanbag, while Yu and Keteku’s painting takes the form of a lumbar cushion. Winnipeg’s Sam Jarmasz created a quadrant of intricate faces, which adorns a throw pillow; and Brantford, Ontario’s Brad Emsley devised a cityscape print, featured on a lumbar cushion and cubic ottoman.

The collaboration between EQ3 and the foundation came about as the result of Jean’s continuing work in engaging Canadian youth, particularly those in dire situations, and her eagerness to connect with the private-sector. Peter Tielmann, EQ3’s socially minded president, was also keen to team up with an initiative using art to drive social change among disenfranchised youth. At the launch on October 30 in Toronto, together with Jean and Lalond, Tielmann announced that all proceeds from Generation Art would be donated to the foundation. For now, the collection is being produced in a limited run and is available at most EQ3 shops across the country and online.