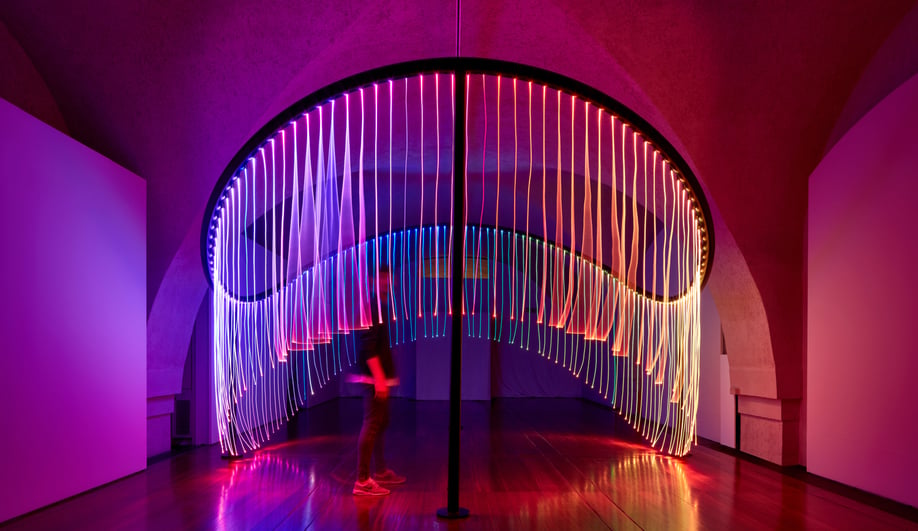 A highlight of the fall design calendar, the London Design Festival takes place this year from September 15 to 23. Running concurrently with the month-long London Design Biennale, it promises a dizzying series of events, installations, product launches, talks and tours. From alphabet-inspired seating to group exhibitions exploring a single theme, 2018’s offerings encompass a variety of media and are scattered across the capital. Here are seven of this year’s can’t-miss highlights. 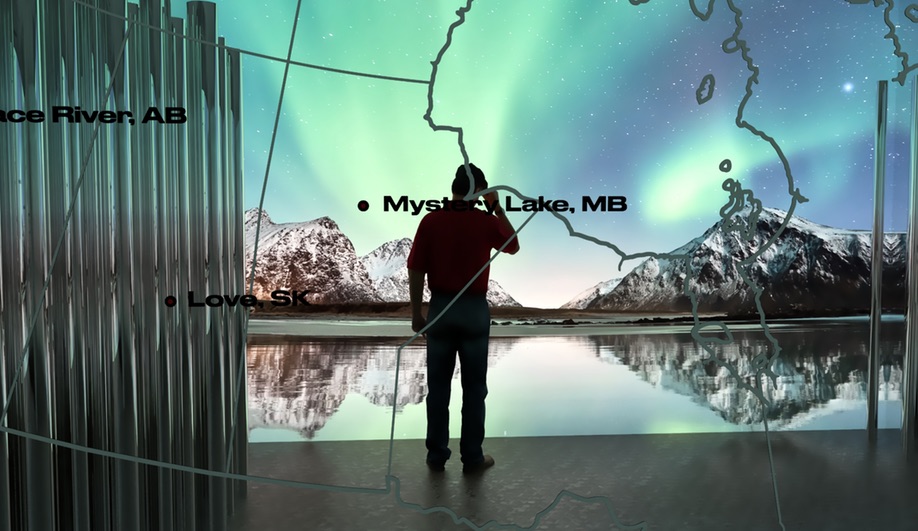 The second edition of the London Design Biennale kicked off on September 4 at Somerset House, where 40 countries have installed pavilions examining the theme of Emotional States. Highlights include Australian designer Flynn Talbot’s lighting installation celebrating same-sex marriage (which was legalized Down Under in 2017) and Canada’s video project (pictured above) exploring towns and cities named after emotional states (think Hope in B.C. and Love, Saskatchewan). Other immersive installations, by nations including Latvia, Egypt, India and Turkey, tackle such issues as sustainability, migration and social equality. 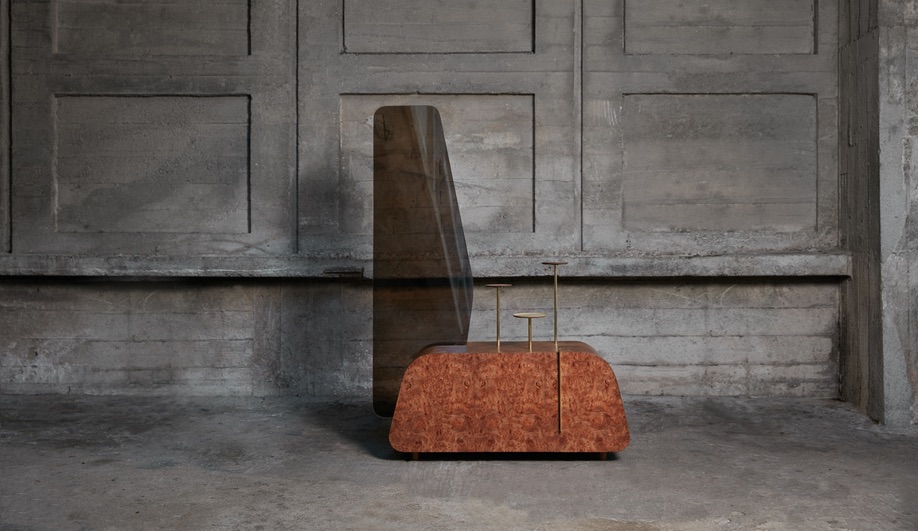 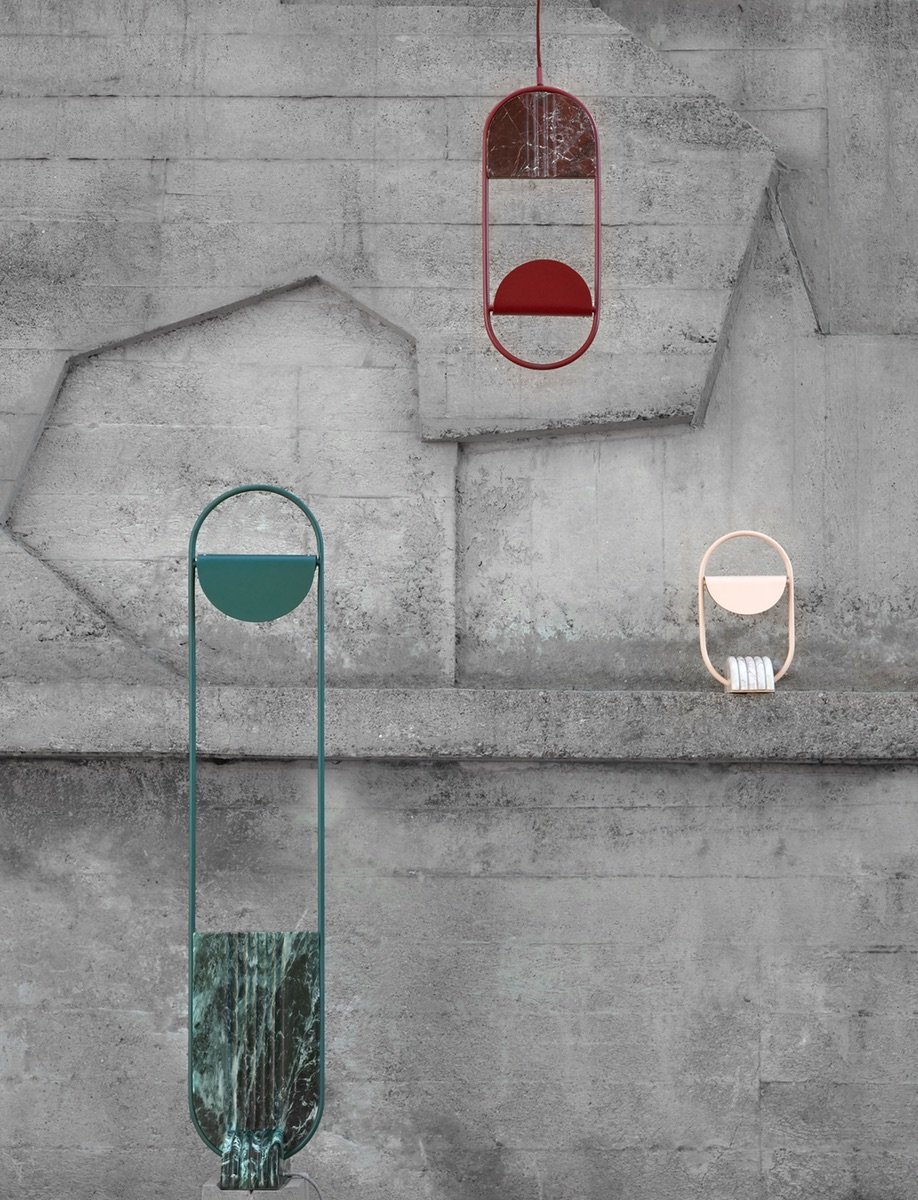 The result is a surprisingly cohesive collection of furniture, lighting and home accessories that reimagine Echaniz’s work through each designer’s lens. The line is on show at the Aram Gallery in Covent Garden. 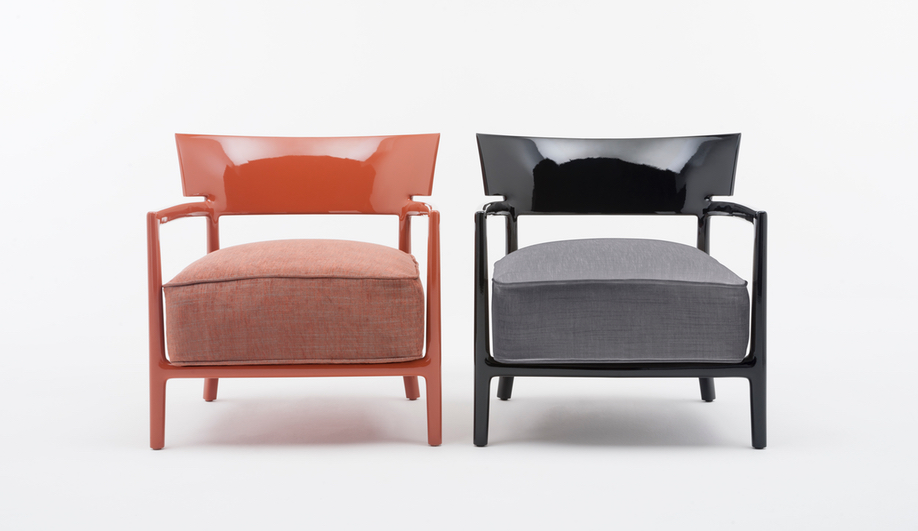 Bringing an overt taste of Italy to its Brompton Road shop, Milan-based Kartell is unveiling a series of chairs designed by longtime collaborator Philippe Starck. Among the new releases, the Cara armchair (above) features a large seat cushion wedged into a minimalist frame, while the Venice chair – a glossy plastic design available in a range of shades, from pale green to bright orange – nods to its namesake city and to one of its most prominent citizens, the legendary restaurateur Arrigo Cipriani of Harry’s Bar fame. 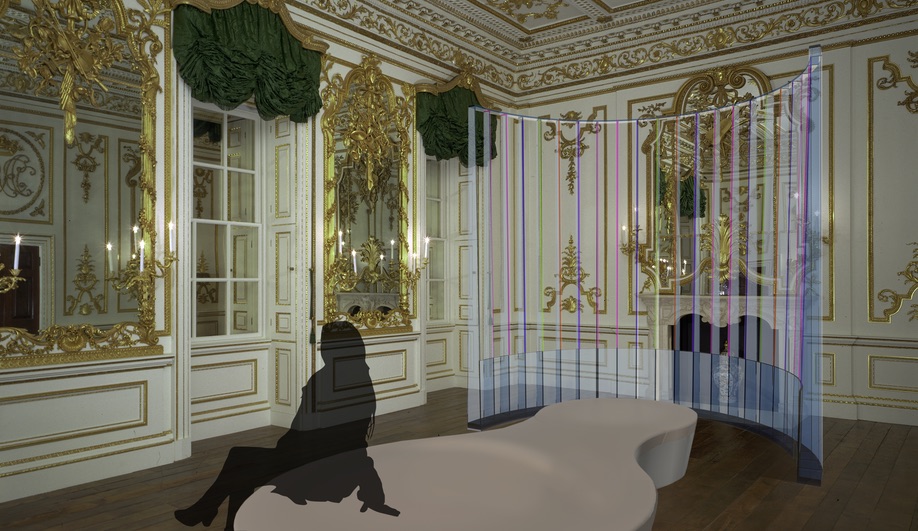 What do you get when you cross the minimalist stylings of Estonian composer Arvo Pärt with global design firm Arup? A rare installation called Memory & Light, ensconced in the Victoria & Albert Museum’s Norfolk House Music Room. Arup’s contribution – a curved screen made of multi-hued Perspex – is the firm’s physical response to Pärt’s words and music. Curated by the V&A’s Clare Farrow, the multi-sensory installation invites viewers to experience light and colour through the screen, sound from the composition and tactility when sitting on a leather bench provided by Poltrona Frau. 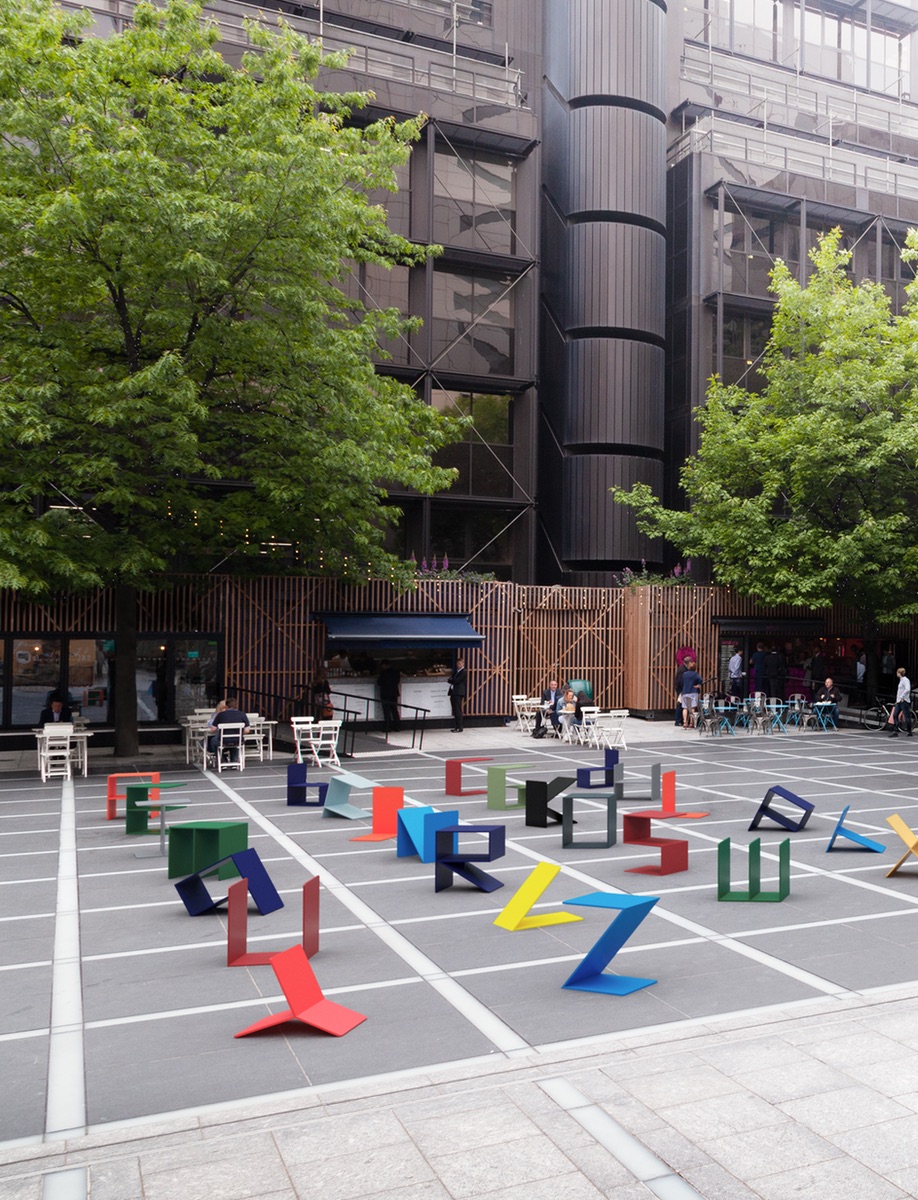 It’s only fitting that this installation, consisting of 26 typography-inspired chairs arrayed across Finsbury Avenue Square, should be located outdoors: Each of the metal seats, created by design duo Kellenberger-White, has been painted an iconic colour from International Marine Paints, whose products have been used to give some of the world’s most iconic metal landmarks their distinctive hues. Just one example on display: International Orange, used to coat San Francisco’s Golden Gate Bridge. 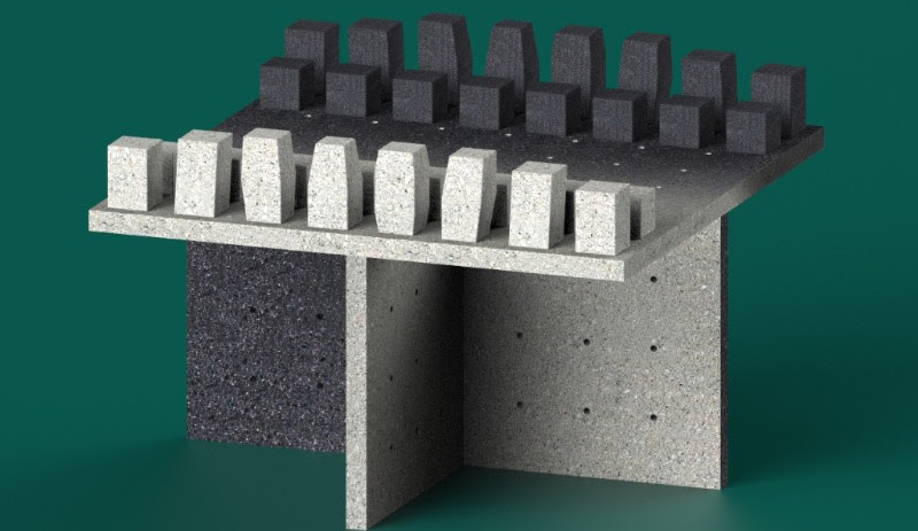 For the fourth consecutive year, Ace Hotel London will collaborate with Modern Design Review for Ready Made Go, which enlists London-based designers to create objects for use and display in the hotel during the Festival and after. This year’s lineup includes products made of sustainable materials and in partnership with local businesses. Among the standouts are polished-quartz cakestands by Minimalux and M-L-XL’s giant games table fashioned after a chess set.

Material of the Year: Plastic, Beyond the Chipper 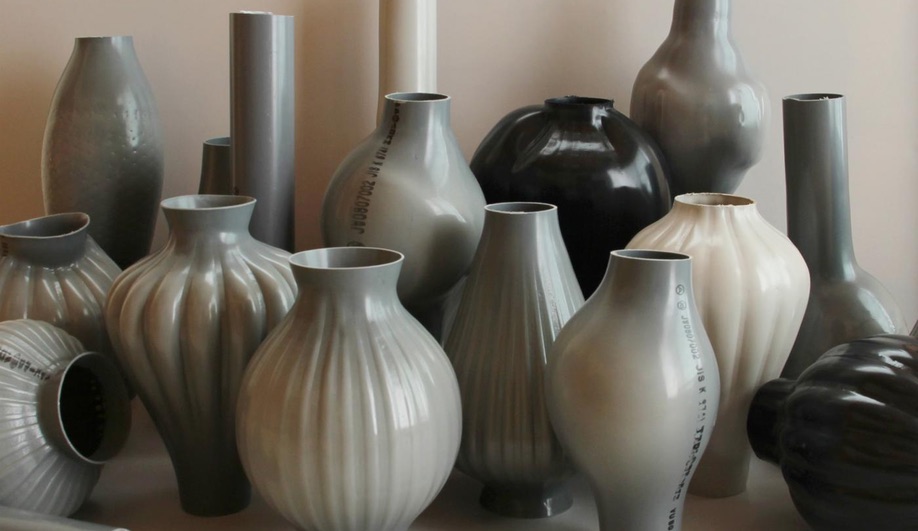 London Design Fair’s second Material of the Year event, held in East London’s Old Truman Brewery from September 20 to 23, focuses on plastic. Specifically, designers have been invited to propose solutions to the global plastics crisis by taking existing plastics and transforming them into new materials. Highlights include Japanese designer Kodai Iwamoto’s vases made by applying glassblowing techniques to plastic plumbing pipes (above) and Charlotte Kidger’s sculptural vessels crafted out of leftover polyurethane foam dust.