We’re breaking with tradition – in a good way. In 2021, the AZ Awards will be juried by 10 design world luminaries rather than five. As we venture into this new decade, embracing an awards season that will play out digitally and IRL, we decided to bring together a larger jury of professionals from around the world to select the finalists and winners. (To enter, visit awards.azuremagazine.com.)

Without further ado, here are the spectacular members of our 2021 AZ Awards jury: 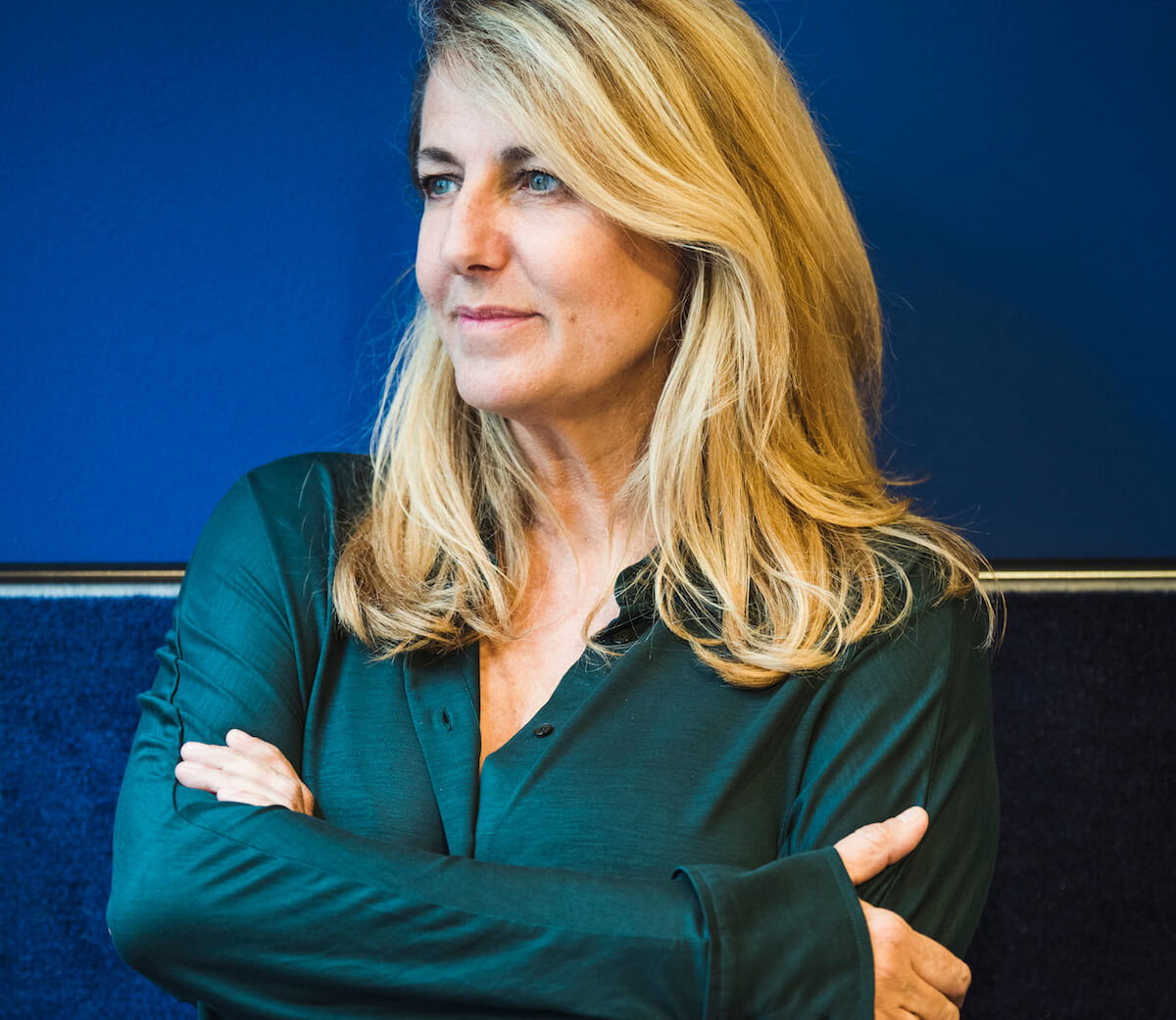 One of the world’s pre-eminent designers, Patricia Urquiola works with a variety of leading Italian and international design companies, including Kvadrat, Driade, Moroso, Flos, GAN, Andreu World, Glas Italia, Kettal, and global groups such as Haworth, BMW, Louis Vuitton, Missoni, Mandarin Oriental Hotels, Four Seasons, Ferrari and Swarovski; she has also been the creative director of Cassina since 2015. Creating links between craftsmanship and industrial research and between heritage and technology, Urquiola drives the companies she works with to upcycle waste material and reimagine their entire manufacturing process.

The Spanish-born designer believes in an original design point of view merging humanistic, technological and social approaches, and constantly experiments and dares to move towards better design and architecture. Founded in Milan in 2001, her eponymous studio focuses on these industrial product design projects as well as architecture, art direction and strategy consulting. Amongst its latest architectural projects are Il Sereno Hotel in Como, the Room Mate Giulia Hotel in Milan, the Marienturm and Marienforum towers’ common areas in Frankfurt and showroom interiors for brands as varied as Mutina and Laufen.

The AZ Awards 2021 is Open for Entries!
With an all-new Urban Design category, the AZ Awards kicks off a new decade. Now’s the time to submit your best work.
Read More
Ini Archibong 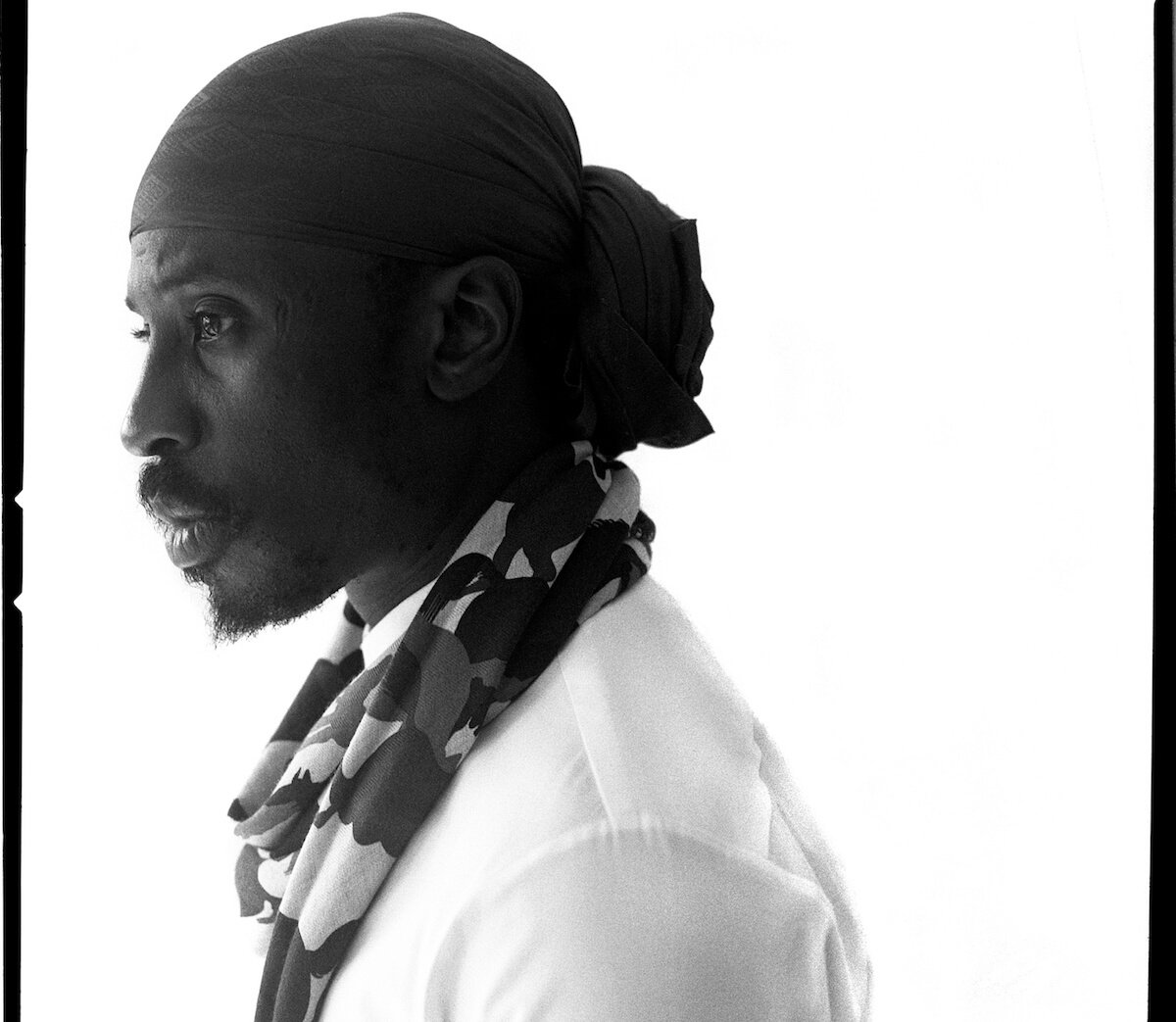 Ini Archibong’s inimitable furniture design is characterized by a deep interest in master-craftsmanship and its intrinsic relationship to technology. Based in Neuchâtel, Switzerland, the California native of Nigerian American heritage has collaborated with global brands including Hermès, Knoll, de Sede, Bernhardt, Sé, and Vacheron Constantin, drawing inspiration from his study of architecture, environmental and product design, as well as his lifelong passions for mathematics, philosophy and world religions.

After graduating from the Art Center College of Design, Archibong joined Tim Kobe’s Eight Inc., in Singapore, before continuing his studies at the prestigious École cantonale d’art de Lausanne, where he earned a master’s degree and is now a visiting professor. His work has been exhibited at the Victoria and Albert Museum in London, Alyce de Roulet Williamson Gallery in Pasadena, Galerie Triode in Paris, Museo Bagatti Valsecchi in Milan and the Dallas Museum of Art. He is currently working on a series of limited-edition sculptural pieces for a 2021 solo exhibition at the Friedman Benda Gallery in New York and creating a pavilion for the London Design Biennale. 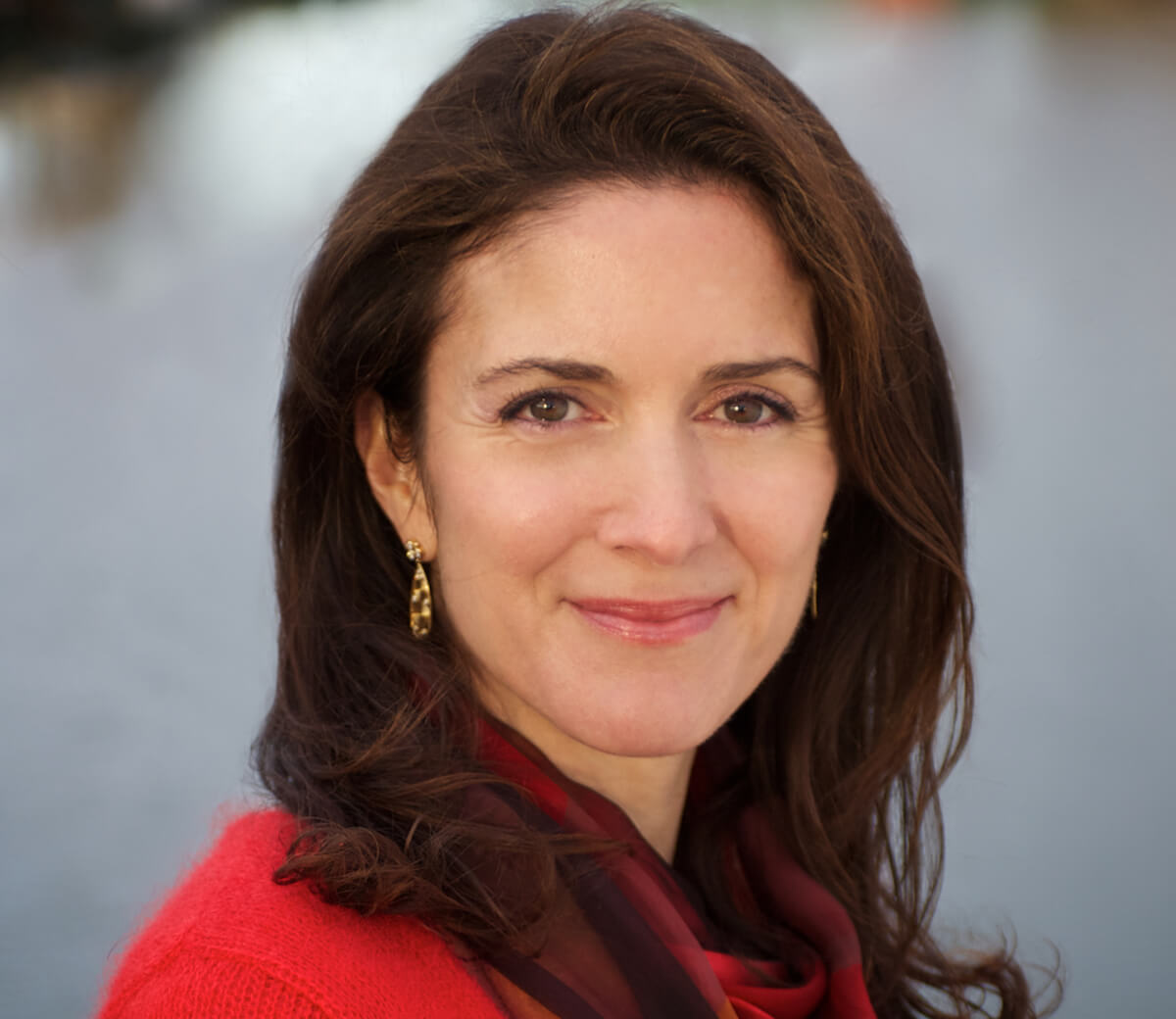 Susannah C. Drake is associate professor at CU Boulder and founding principal of Brooklyn-based DLANDstudio Architecture + Landscape Architecture. Drake is a global thought leader on climate-adapted infrastructure and urban design. Over the last decade, her inventive design for the transformation of the Brooklyn Queens Expressway has inspired a national movement to heal the wounds made by urban highways. Her Coastal Urbanism planning work for The Fourth Regional Plan, dedicated to the New York-New Jersey-Connecticut metropolitan area, calls for climate migration to higher ground.

In 2020, her Gowanus Canal Sponge Park project won the inaugural Cooper Hewitt Smithsonian National Design Award for Climate Action. Most recently she unveiled bold plans for how to protect and preserve the cultural and ecological assets of the National Mall in Washington, DC. Drake’s award-winning design work is in the permanent collection of MoMA and Cooper Hewitt National Design Museum.

Japanese architect Sou Fujimoto established his eponymous firm in 2000, after graduating from Tokyo University’s Department of Architecture, Faculty of Engineering. He first gained international acclaim with House N (2008), Musashino Art University Museum & Library (2010), House NA (2011) and the Serpentine Gallery Pavilion he created in 2013. Among his recent renowned projects is the already iconic L’Arbre Blanc, a residential tower he designed in Montpellier, France, after winning first prize in an international competition for its commission in 2014. He also won several design competitions across Europe in 2015, 2017 and 2018.

In 2019, he was selected as the master architect for the development plan of Tsuda University’s Kodaira Campus. And in 2020, he was chosen to be design producer for the expo site of the 2025 Japan International Exposition (Osaka/Kansai Expo). This year, he will complete the much-anticipated Hungarian House of Music. 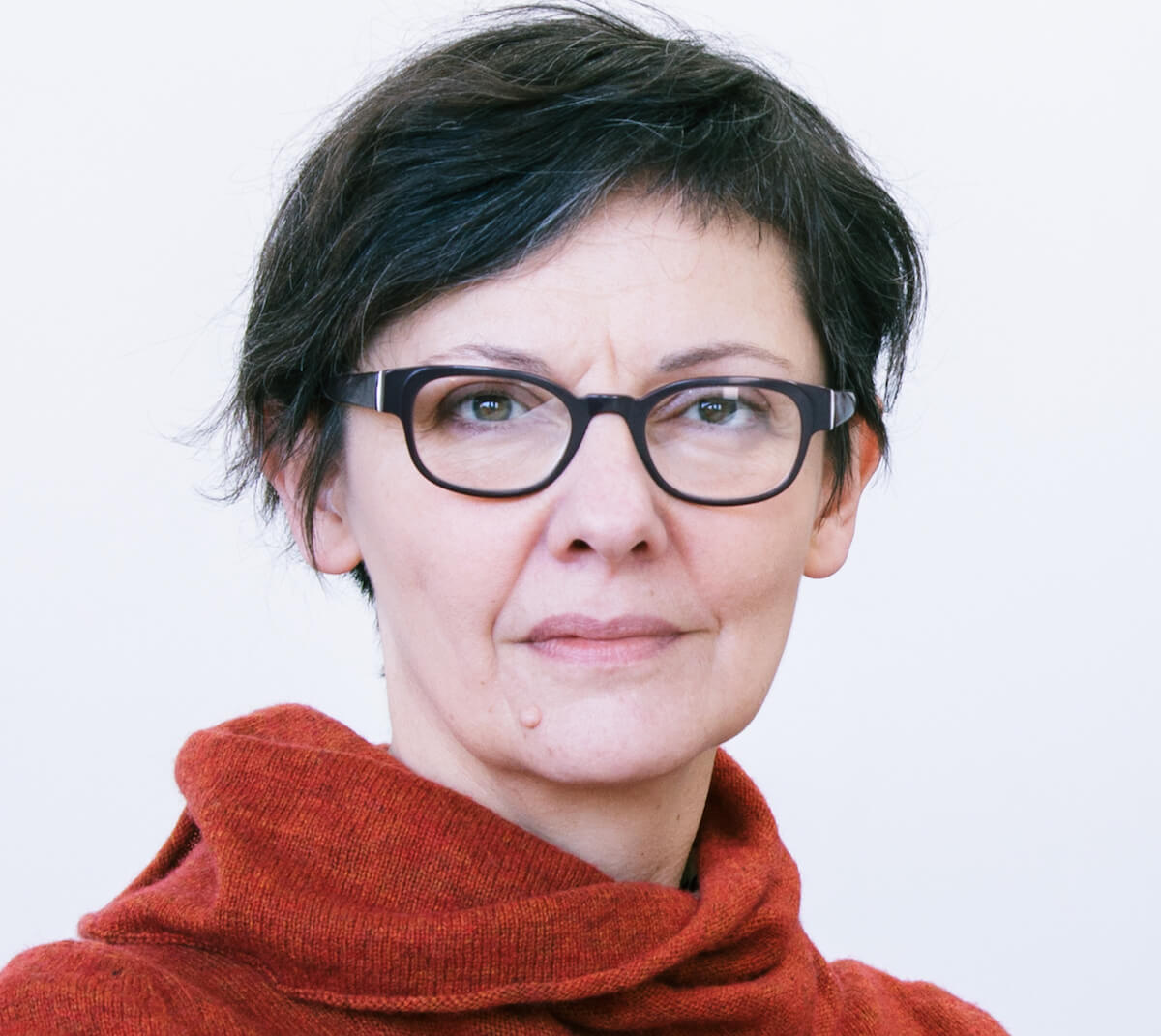 Adelaide Testa is co-founder, with Andrea Marcante, of the Milan design studio Marcante – Testa, which creates atmospheres that, while rigorously composed, set out to elegantly combine a multitude of values: serious and fun, authentic and refined, with deep roots and a love of the world. Balancing emotion and reason, the studio has received numerous prizes and honours. In 2016, it worked on the public sector project Liberamensa to introduce interior design into neglected places, such as prisons, and is currently collaborating as art directors or consultants with various brands, including Ceramica Vogue, GTV Thonet, SEM, London Art, Spotti-Valcucine, Archiproducts, B-Ticino.

In 2019, The New York Times Style Magazine named Marcante-Testa one of Italy’s most innovative architecture firms. “If certain of our interiors are thrilling,” Testa and Marcante say, “it’s because they demonstrate a choice between conflicting aspects of our character, of the legitimate aspiration to transform our disquieting contradictions into something beautiful.” 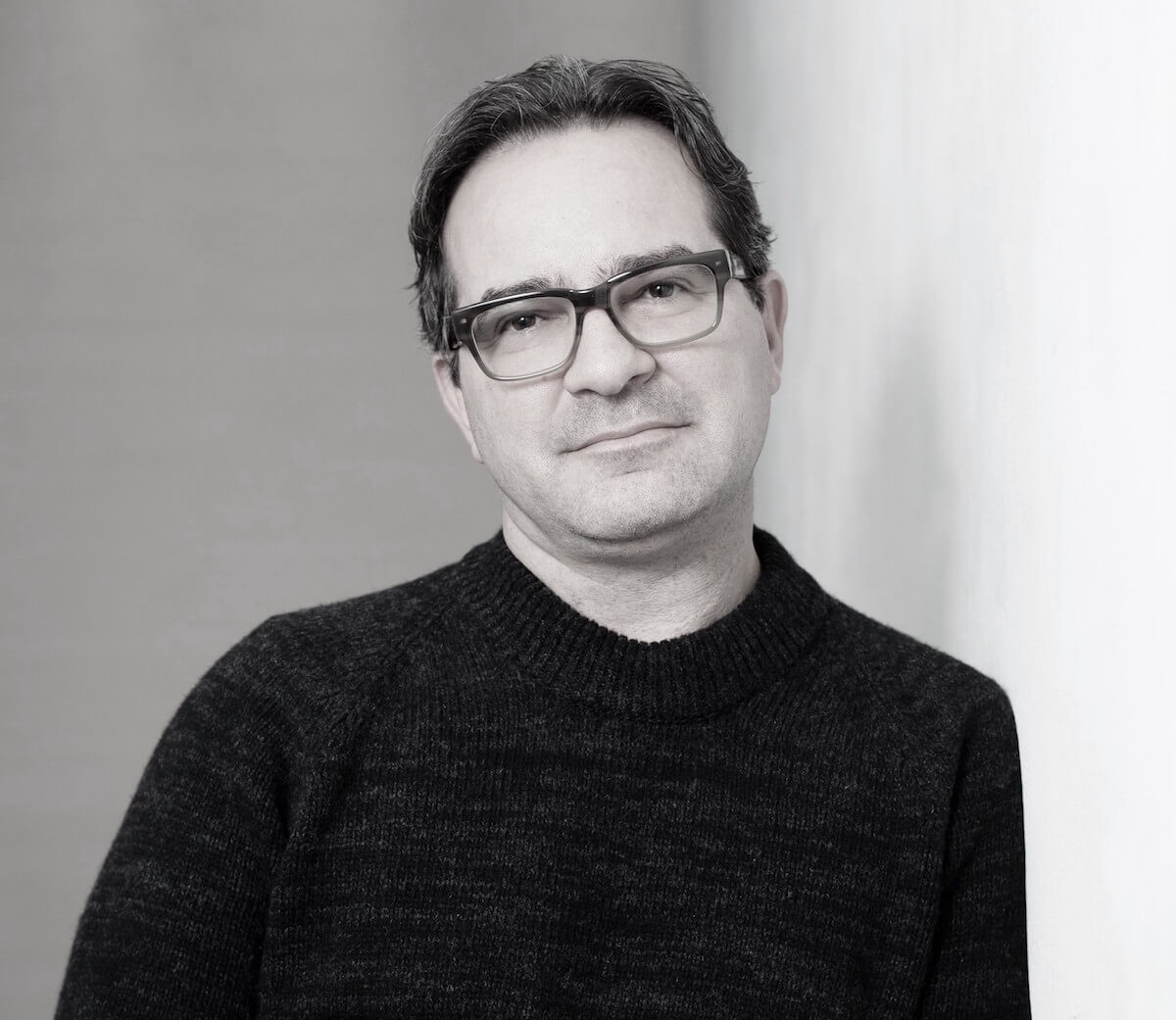 Paul Filek is co-founder and managing partner of Burdifilek, a globally recognized interior design firm based in Toronto. With over 25 years of experience, Filek and his team have put creative intelligence, cultural relevance and flawless execution at the forefront of all projects to create unexpected and expressive interiors for brands around the globe. His company has designed award-winning interiors for the retail, residential, hotel and hospitality sectors in America, Europe and Asia.

He is currently working on ambitious retail projects in Asia, notably the PARK 1 department store, the main Lotte Department Store, and the Shinsegae Store – all in South Korea. The firm is also at work on multiple luxury private residences in Canada and Europe. 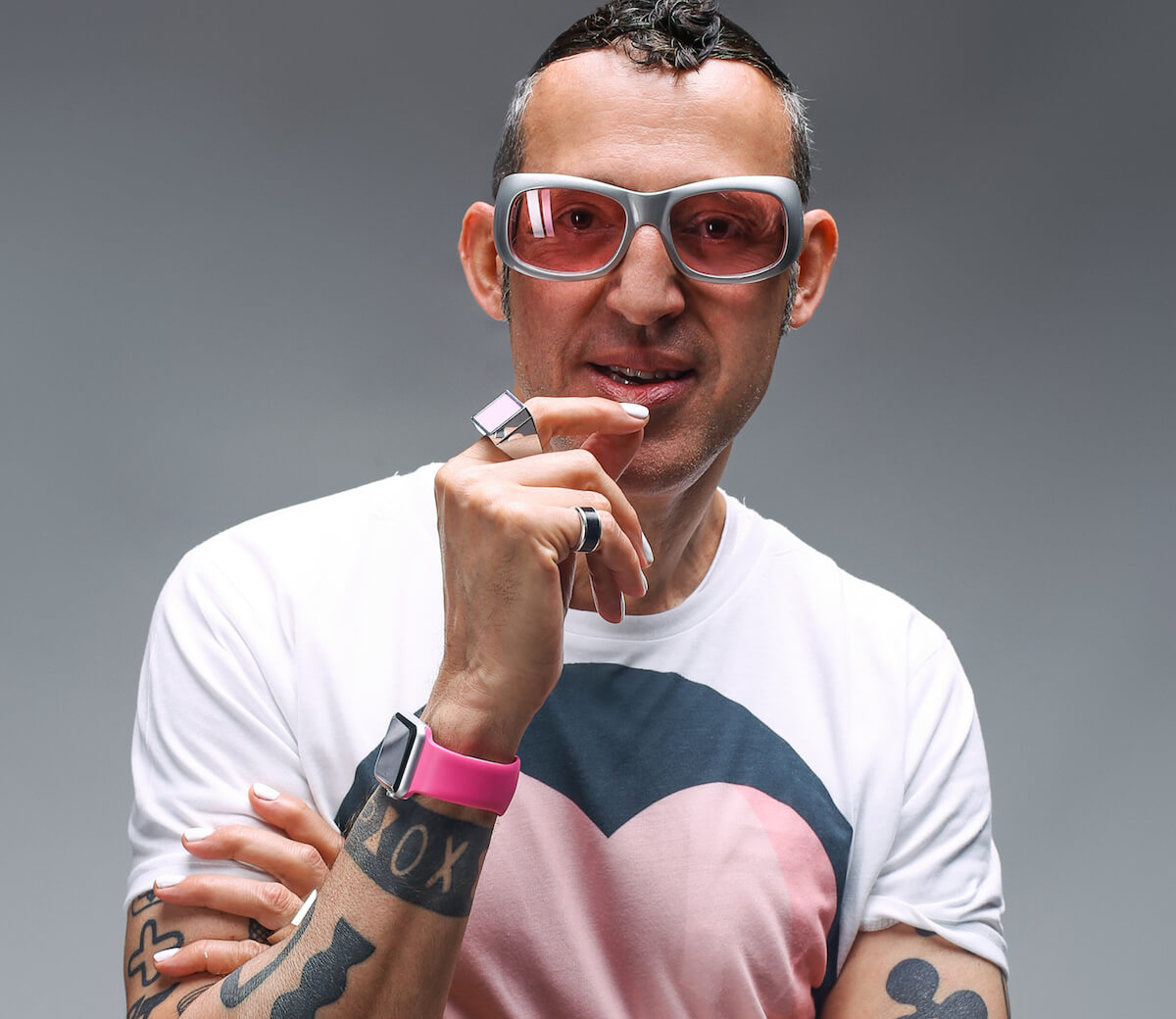 The prolific Karim Rashid, who established his studio in 1992, has more than 4,000 designs in production, over 300 awards to his name, and client work in over 40 countries. Eschewing singular style in favour of designing in the modus of our time, the New York–based Canadian designer has created luxury goods for Christofle, Alessi, Veuve Clicquot and Riva 1920; democratic products for Umbra, Paul Mitchell and 3M; timeless furniture for Bonaldo, Tonelli, BoConcept and Vondom; exquisite lighting for Artemide and Fontana Arte; high-tech products for Asus and SirinLabs; surface design for Marburg and Abet Laminati; iconic branding for Hugo Boss and Citibank; and award-winning packaging for Method, Paris Baguette, Kenzo and Eos.

Karim’s influence expands beyond product to interiors, including restaurants like Switch in UAE; hospitality design for Park Inn by Radisson Amsterdam City West and budget hotels for Prizeotel in Bremen, Hamburg, Munster, and Erfurt; public environments like Universitá Metro Station in Naples; residential design like Paraiso Bayviews in Miami; and retail design for Fun Factory in Berlin and Munich. He is a recipient of the American Prize for Design Lifetime Achievement award, as well as a perennial winner of the Red Dot award, Chicago Athenaeum Good Design award and IDSA Industrial Design Excellence award. 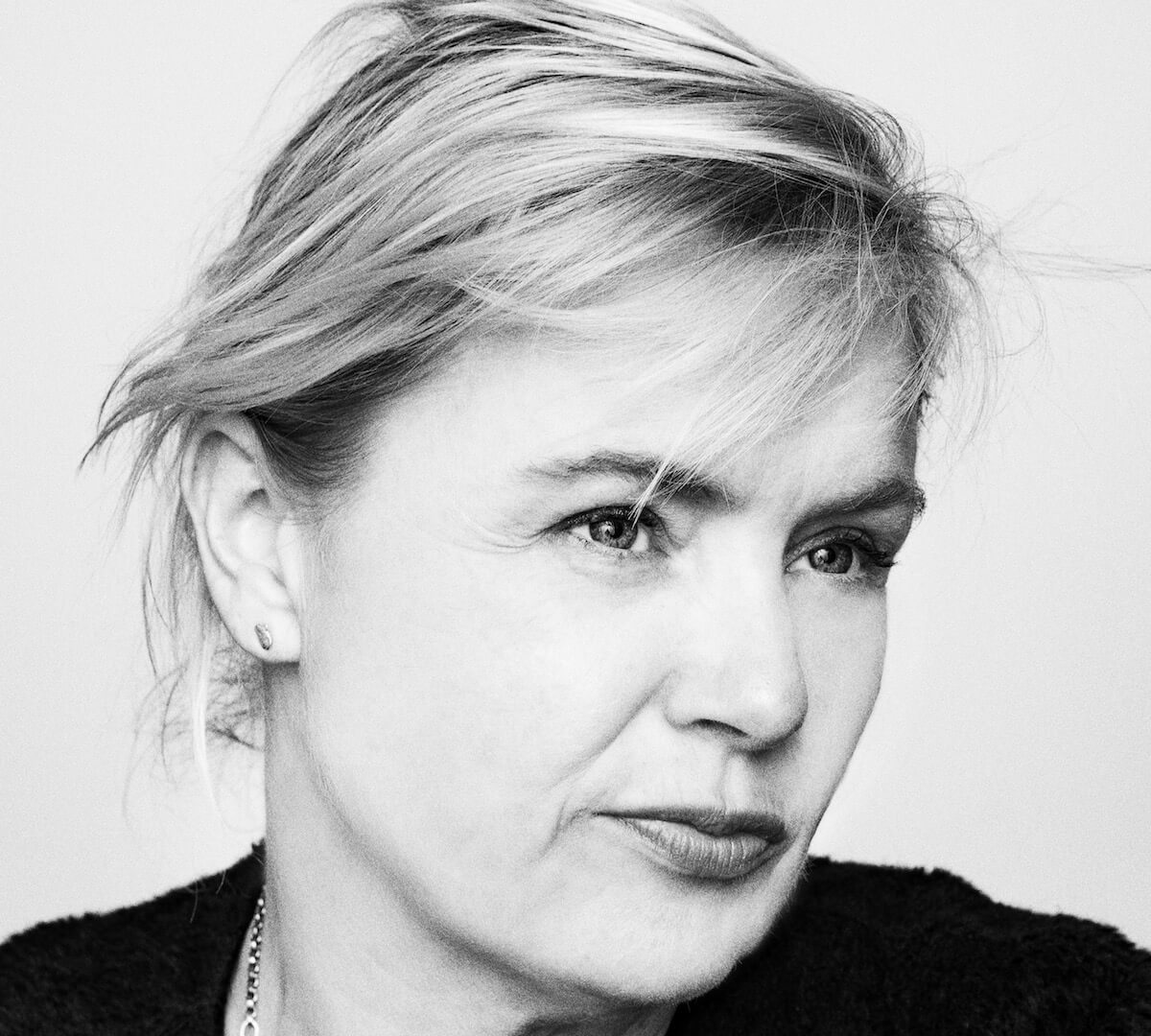 A graduate of Harvard and SCI-Arc, Barbara Bestor has consistently pursued experimental architecture that engages the city through design, art and urbanism. Her varied and progressive body of work connects with people on a variety of levels, often outside the boundaries traditionally delineated for architecture. She believes that good design creates engaged urban life and embraces the “strange beauty” that enhances everyday experiences. Established in 1995, her Los Angeles practice Bestor Architecture is best known for designing the new headquarters for Beats By Dre, Snap, Inc., and Nasty Gal.

It has also designed a variety of residences, including Blackbirds, an innovative small lot housing complex in Echo Park, and the Floating Bungalow House in Venice, CA. Currently she is exploring urban design issues that directly affect Los Angeles and beyond with a modern sensibility that will create enduring impact; related projects include IKAR: a Jewish Center for Social Innovation; a series of transitional development studies for San Fernando Road along the LA River; and the much-awarded revitalization of John Lautner’s Silvertop. 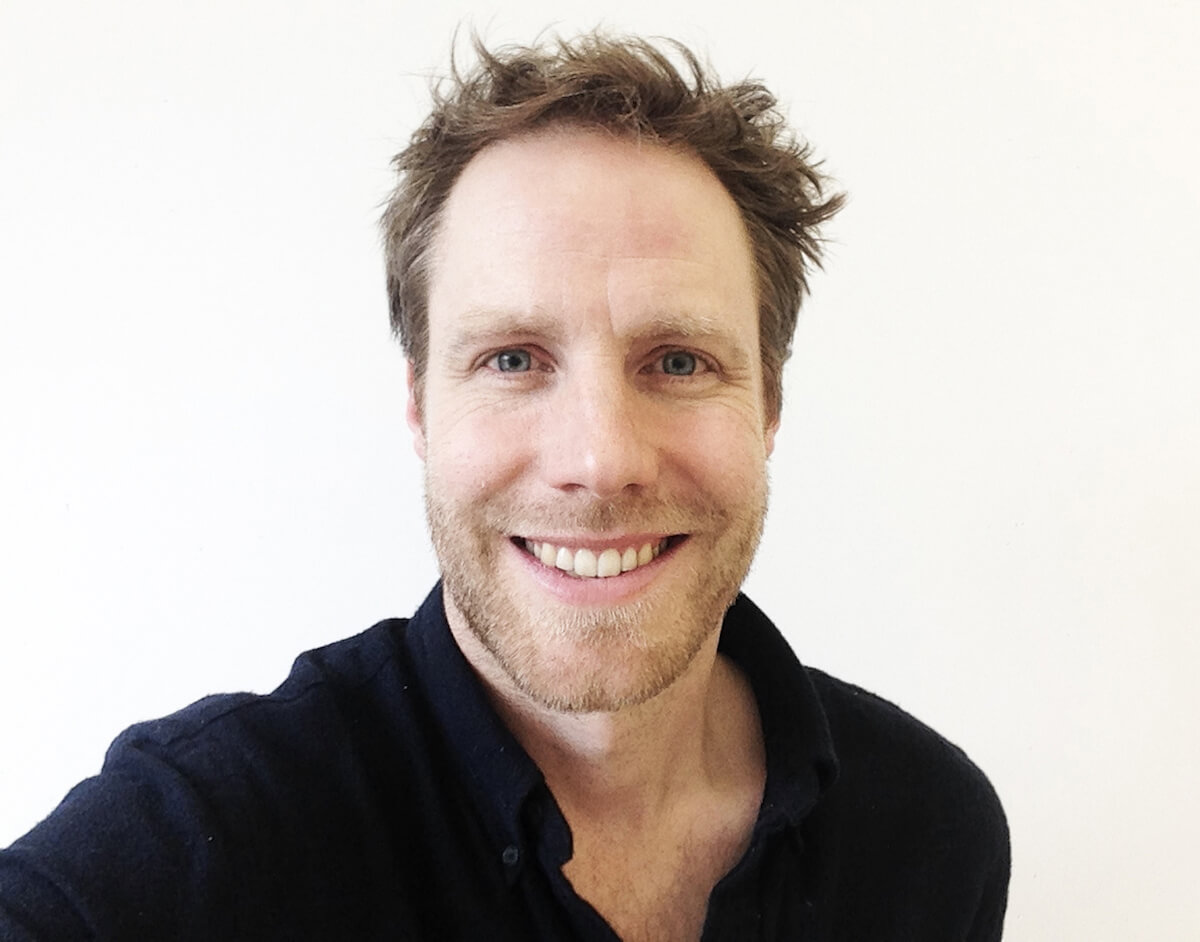 Over two decades of practice in Canada, the United States and Europe, Marc Ryan has dedicated his passion, advocacy, and professional work toward elevating the role of landscape and the public realm in shaping the quality of urban environments. He is a landscape architect who re-imagines cities by transforming under-utilized terrain into new urban landscapes, providing leadership to uncover and create a dramatic new sense of place.

Ryan is principal and co-founder of PUBLIC WORK, a Toronto-based office for urban design and landscape architecture focused on one of the foremost public topics today — the intelligent evolution of the contemporary city. Established in 2012, the studio aims to produce transformative works that invigorate the public realm, optimize and enhance the performance of urban and natural systems, and support public life by adding new layers of experience to the city. Emblematic projects like the AZ Awards-winning Bentway, TO Core, Creek Park, DFALD at One Spadina, CIBC Square and University Park demonstrate its commitment to urban transformations across dramatically different scales. 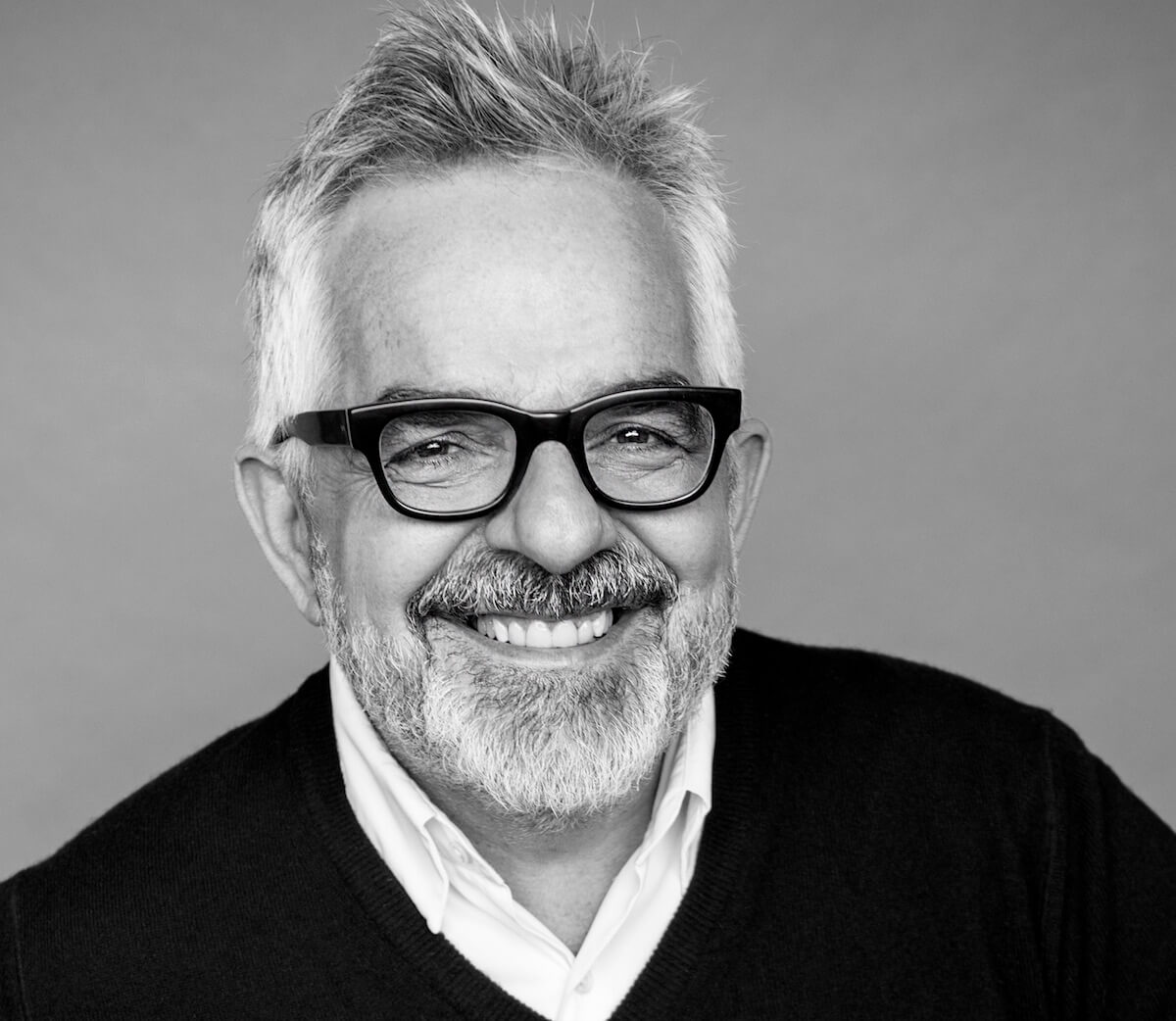 Gilles Saucier graduated from the School of Architecture at Université Laval in 1982. Soon after, he established the Montréal architectural firm Saucier+Perrotte Architectes, a multidisciplinary practice internationally renowned for its institutional, cultural and residential projects. These include the Perimeter Institute for Theoretical Physics in Waterloo, Ontario; the UBC Faculty of Pharmaceutical Sciences in Vancouver; and the River City residential complex in Toronto. As Design Partner, he is responsible for the design integrity of all projects, with specific attention given to architecture’s connection to geology and the landscape.

Since 1990, he has been a visiting professor and an invited critic at several Canadian and American universities. In 2004, his firm represented Canada at the prestigious Architecture Biennale of Venice. In 2014, Saucier and his partner André Perrotte were the first recipients of the new the Prix Ernest-Cormier, awarded by the Prix du Québec for design and architecture; in 2018, they received the Gold Medal from the Royal Architectural Institute of Canada.

The AZ Awards 2021 is presented by Caesarstone, Keilhauer and Landscape Forms.