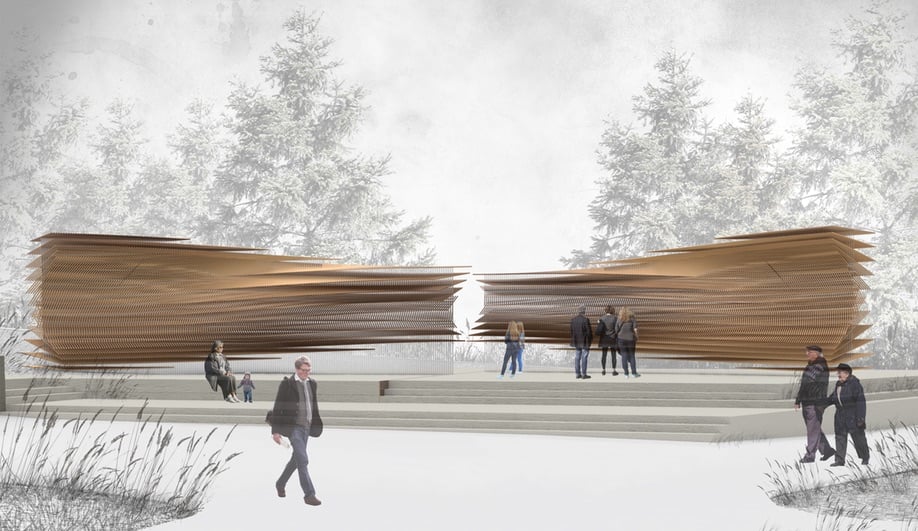 Paul Raff Studio’s concept, scheduled for completion in 2018, was selected from a shortlist of five concepts from groups that included Reich+Petch Architects, Wiktor Moskaliuk and Vancouver landscape architects Space2place. 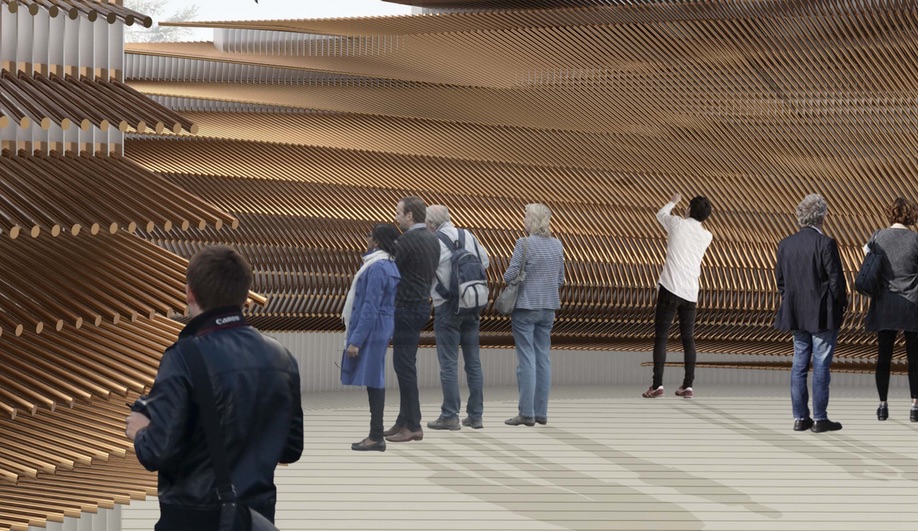 Team Raff – made up of Raff, designer and arborist Michael A. Ormston-Holloway, and landscape architects Brett Hoornaert and Luke Kairys – chose to “honour the 8 million Canadians that can trace their origins to countries that suffered oppressive regimes of communism by creating an instrument of memory,” explains the lead architect. The concept, which he calls a three-dimensional calendar, is constructed from over 4,000 short bronze rods arranged into 12 dense rows, across a series of 365 stainless steel fins. Each rod is uniquely angled towards the sun, each for hour of the day, for a different day of the year.

Split into two volumes, the four-metre-tall curving walls total 21 metres in length, with a break in the middle, at the midpoint of the year, where winter solstice falls. On the darkest day of the year the design would invite visitors to “step through in a metaphorical journey from darkness and oppression to lightness and liberty.” 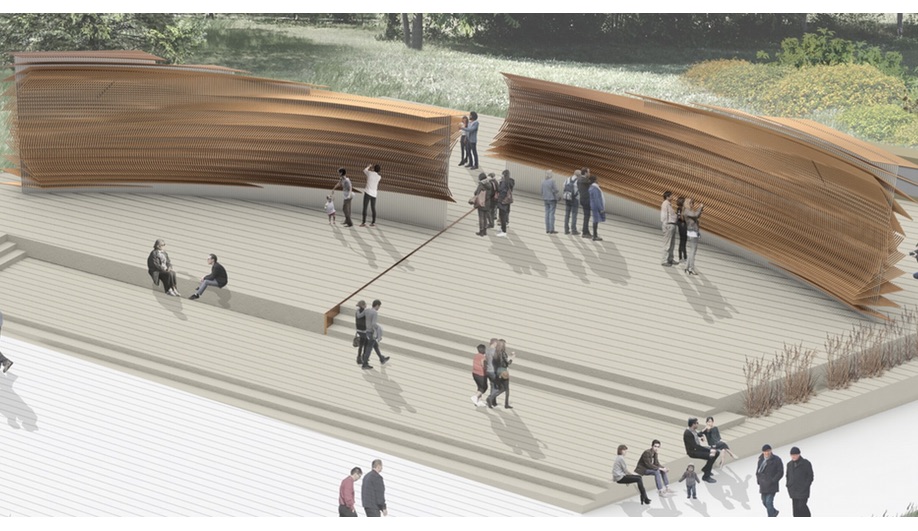 Team Raff’s concept was chosen following a selection process that included input from a jury of design professionals, as well as from the public. The public opinion was gathered via a website that collected comments and assembled word clouds to represent the nation’s feelings. “Interesting,” “powerful” and “beautiful” were the most prominent words appearing in the cloud for the winning design.

Arc of Memory will be built on a site on the west side of the Garden of the Provinces and Territories.