Nespresso Opens in Toronto’s Swanky Yorkville
The Swiss coffee brand's Canadian flagship, by Milan's Goring and Straja, gives off a toasty atmosphere, with undulating oak finishes and brass tubes in a filigree effect. 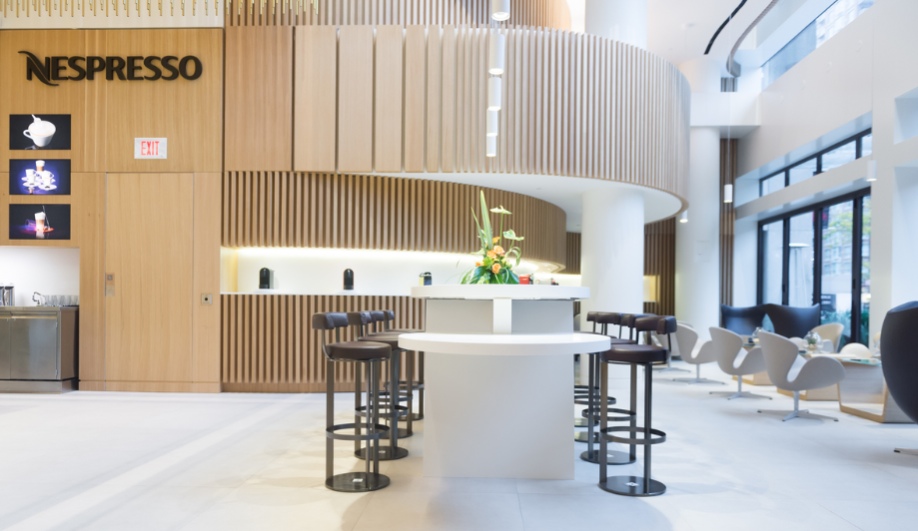 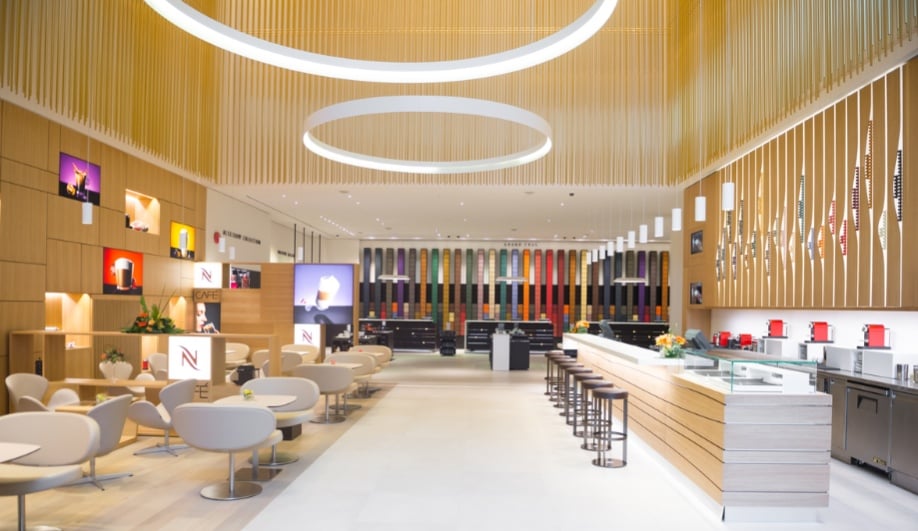 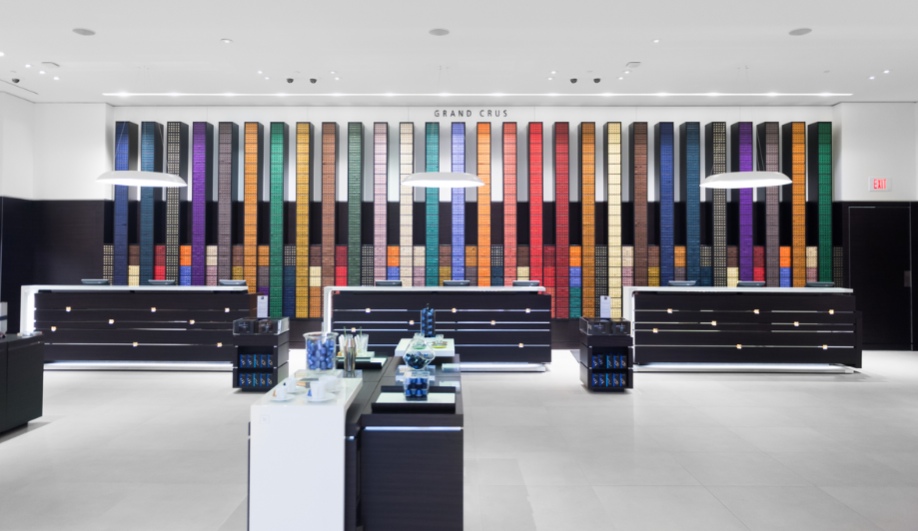 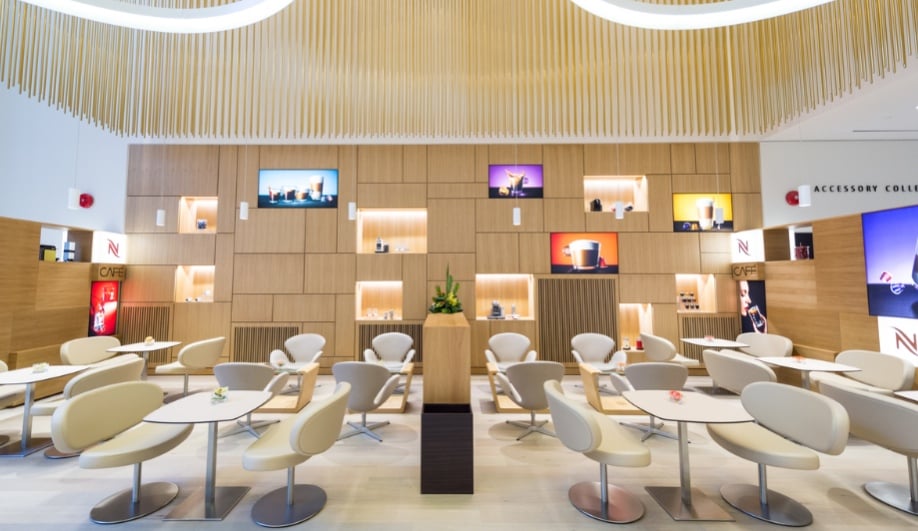 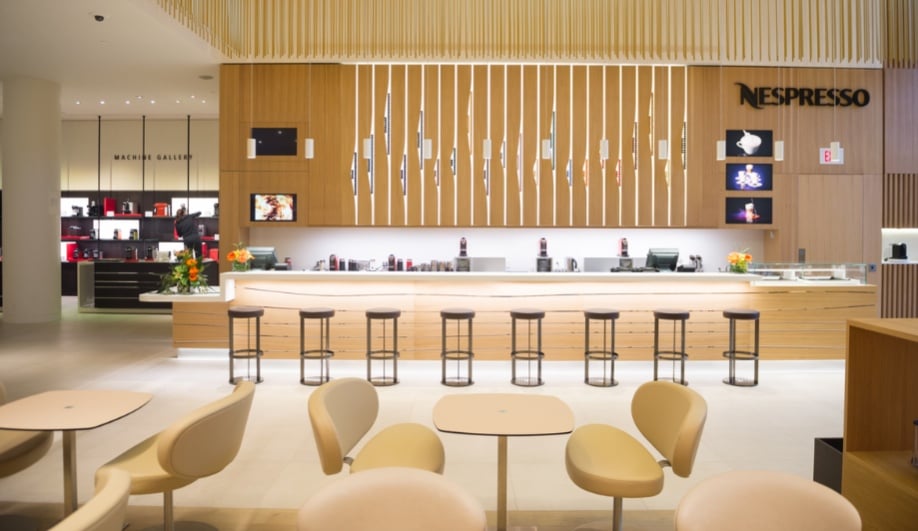 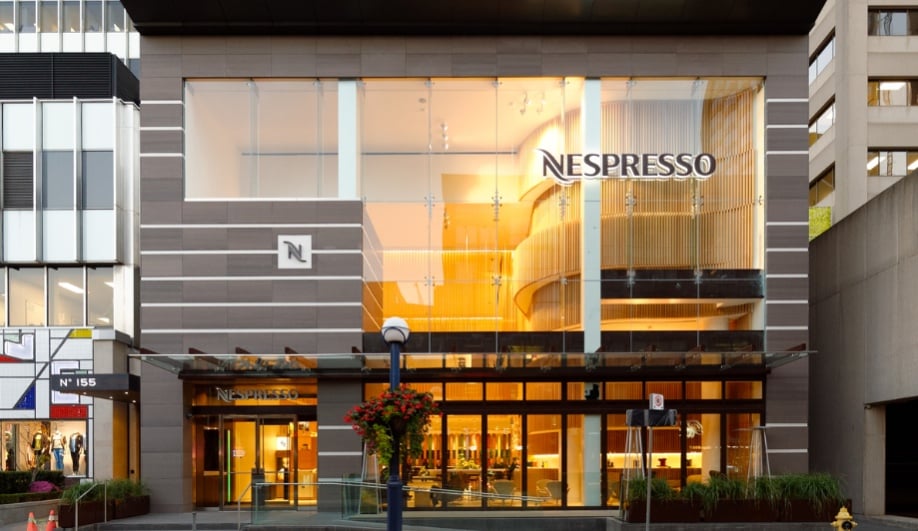 In 2000, Nespresso, the Swiss brand best known for its colourful pod-powered espresso machines, began launching its now 300-plus cafes worldwide, including in London, Los Angeles, and Seoul. Much like its advertisements – featuring George Clooney and Penélope Cruz – the initial concept was shiny and slick, incorporating dark wenge wood, and often built on a tiny footprint.

Enter Milanese studio Parisotto e Formenton, the architecture firm established in 2003 (with another office in Padova) that is responsible for the design of other Nespresso shops, in addition to showrooms for such high-end brands as Salvatore Ferragamo and A. Testoni. Principal Aldo Parisotto introduced a lighter, brighter, and larger store concept for the espresso giant. And the downtown Toronto location is one of the first unveiled in North America.

Previously home to an old movie theatre, the 1,312-square-metre structure features a floor-to-ceiling glass facade that opens up during warmer weather. Upon entering the boutique, customers are greeted by a hostess desk, and a station where they can recycle their used Grand Cru capsules from the company’s premium line. Hundreds of skinny, brass tubes hang from the ceiling to glam up the undulating backdrop of pale American oak panels, cuts in the wood lending an airy effect. Massive ring-shaped pendants light the space.

The N Pad Bar is also situated centrally. Beneath tubular pendants, this high-top table is equipped with iPads set to the brand’s site. Flanking either side are two main seating areas: one faces the street for people-watching along Cumberland Avenue (a regular Yorkville pastime) and the other contains small tables where guests can get away from the neighbourhood bustle. Latte- and espresso-hued Fritz Hansen Egg chairs and Favh sofas, specified for all Nespresso locations, fill both spaces.

The Boutique Bar, composed of Alpi multi-layer rosewood veneer, runs along the middle of the restaurant. Here, customers can order breakfast, lunch or dinner from a locally based menu devised by Toronto chef Jean-Charles Dupoire, of Loire. On a wall toward the back, a bold spectrum of boxes contains the 21 varieties of Grand Cru. Shiny machines line the shelves like a mini gallery, complemented by accessories such as metallic espresso cups and dishware. Brightly lit graphics throughout punch up the store’s neutral palette.