Sherbourne Common opens in Toronto
A small but ambitious city park, Sherbourne Common is the latest development to be completed along the city’s waterfront and the first attraction of a yet-to-be-built neighbourhood. 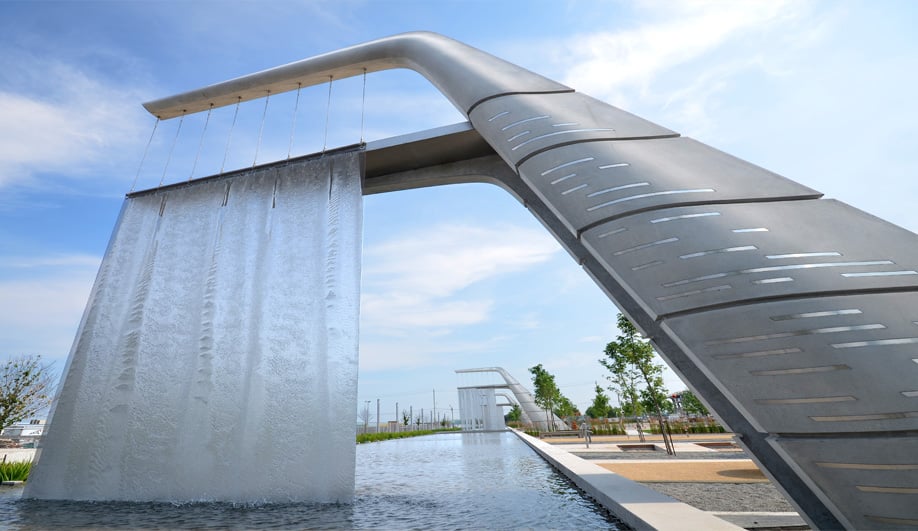 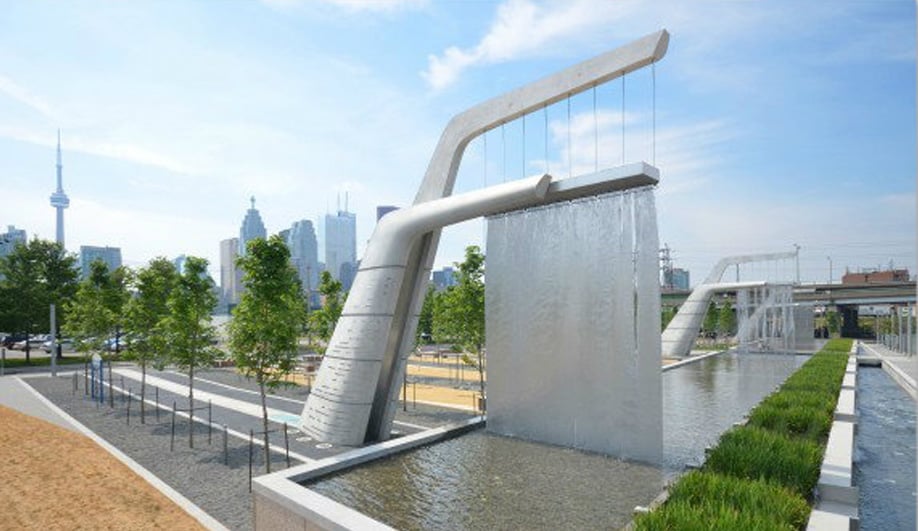 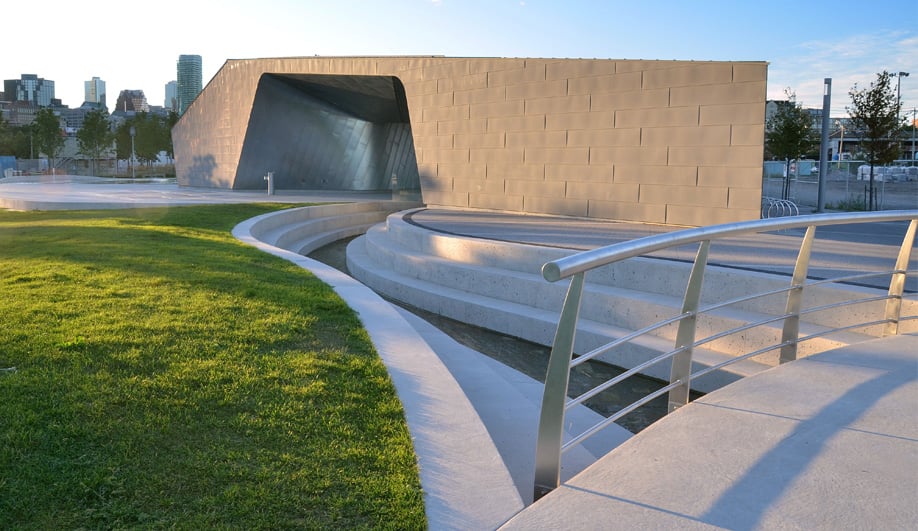 To the north is the noisy and elevated Gardiner Expressway, the country’s busiest urban highway. To the south is picturesque Lake Ontario. And sandwiched in between is the new park. It’s the latest unveiling for Toronto’s ambitious waterfront project known as the New Blue Edge – an ongoing master plan that encompasses 800 hectares of prime real estate along the shoreline.

A mere half-hectare in size, the new park, designed by Phillips Farevaag Smallenberg together with The Planning Partnership, has a long to-do list attached to it. It will provide the area with a safe spot for kids and daycare givers to play; the baby maple trees that have been planted will eventually provide shade in a part of the city that’s been without any natural canopy for decades; and park benches will offer residents and office workers a place to sit outdoors without inhaling exhaust fumes.

But most importantly the park will provide the future neighbourhood with its own water storm management system. The latter function is provided by the park’s most striking feature: three 9.8-metre-high sculptures made of fibreglass, epoxy-covered rebar and Agilia concrete. Designed by Jill Anholt of Vancouver, these three regal forms bend like willow branches across a shallow pond of water, and each tower releases a stream of water that flows down a mesh screen.

During the day, the sound of flowing water and misty spray manages to break the humidity, and at night Anholt’s showerheads light up with colourful LEDs, striking dramatic moods. In winter, the flowing water will eventually freeze into giant, eye-catching ice sculptures.

Anholt’s functional public art is actually part of a bigger scheme that is embedded into the park’s southern extension – another parcel of land closer to the shoreline that was completed last fall. Now that the north extension of the park is open, storm and lake water will be pumped to a UV facility in a newly built pavilion located in the southern side. There, the water will be treated using ultraviolet rays before being pumped north and discharged through Anholt’s dramatic towers. The water then travels the length of the park along the water channel and is released into the lake.

City officials are hoping the park’s visual features will make Sherbourne Commons a well-used local attraction year round. Beside the waterfalls, the park has a splash-pad that doubles as a skating rink during the winter months, and the aluininum-clad pavilion, designed by local firm Teeple Architects, houses a café and a place to warm up between skates.

In the coming years, the park will be hub for a number of other structures now at various stages of development. A new campus for George Brown College is under construction with plans for the eight-storey building to open by 2012 and to the west is a mixed-use building complex called Parkside, designed by Moshe Safdie. It will be the famed Canadian architect’s first residential project in Canada since he built Habitat ’67 in Montreal when he was just 24 years old.