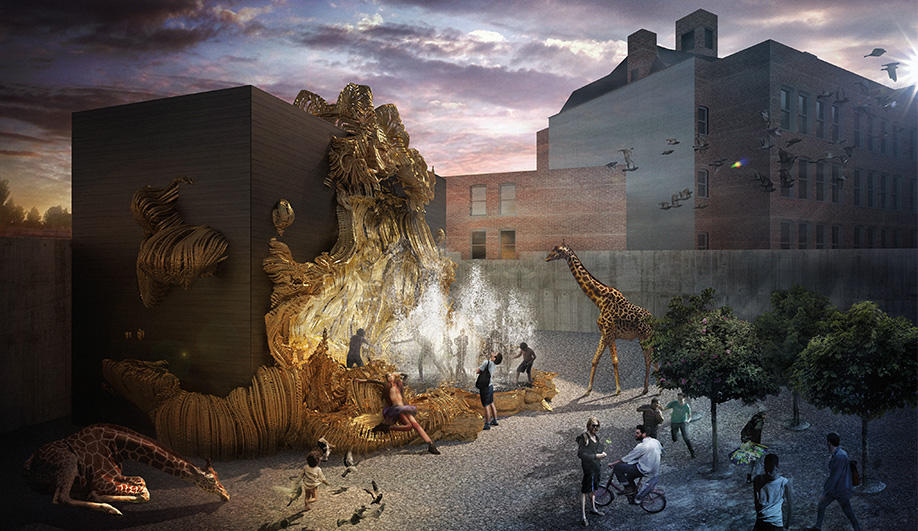 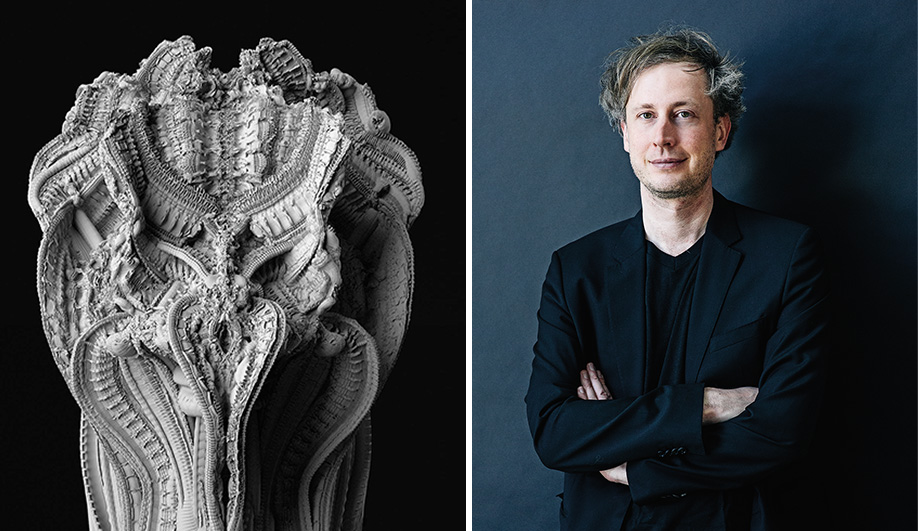 Arabesque Wall, one of the tallest stone architectural elements ever 3‑D printed, is part of an exhibition at Toronto’s Design Exchange.

Imagine a world where one architect can design, test, modify and print entire buildings, as well as their component parts. Imagine, then, the world of Benjamin Dillenburger, assistant professor at the University of Toronto school of architecture.

Dillenburger, 37, a lanky man with an open, curious face and a shock of mad-inventor hair, has devoted his research to producing forms that never existed before, via computer and 3‑D printer. He works with complex algorithms, using software that he and his collaborator Michael Hansmeyer write themselves, to design structures at a microscopic resolution and print them from sand. The result: unique, fantastical and massive forms, at once organic yet otherworldly, Gothic yet futuristic.

Born and raised in Saarbrücken, Germany, Dillenburger chose architecture as his field of study for the challenge it represented, “at the intersection of art and engineering.” He honed his practice at ETH Zurich, where he gravitated toward computational design, inspired by the idea of modifying the tools that restricted the way he drew architecture.

During his time as a student, he and Hansmeyer spent nearly two years perfecting a breathtakingly ambitious project: Digital Grotesque, an intricately ornamented human-scale 3‑D‑printed room that sprang from a 50‑gigabyte digital file. The 3.2-metre-high, 16-square-metre room took two weeks to print, and with 260 million facets that read as ribbons of satin or bone tracery.

Images of the commission from the FRAC Centre in Orléans, France, quickly spread across the internet, putting Dillenburger and his colleagues at the forefront of their field. It also led to such work as Phenomena, another concept that organically blends baroque theatre, fountain and party space. The phantasmagorical vision of gold-toned waves was shortlisted this year for the MoMA PS1 Young Architects Program in New York. If it had been realized, Phenomena would have lured visitors into a wading pool with swings by day, and provided a backdrop for live performances by night.

“Many architects have worked with these technologies,” says curator Sara Nickleson, “but few are producing actual building components.” Nickleson is including Arabesque Wall – what will be one of the tallest stone architectural components ever printed – in 3DXL, an exhibition showcasing explorations in 3‑D design, presented by Toronto’s Design Exchange from May 14 to August 16.

At the University of Toronto, Dillenburger is working with students and colleagues to teach, research and develop the school’s digital studio into a world leader. Says Richard Sommer, dean of the school, “Benjamin’s work is narrowing the gap between our ability to draw and fabricate complex forms, creating architecture that is more responsive to human needs and environmental factors than was possible in the past. It promises to restructure the way we create architecture.” In other words, a world where a building can be customized to the last micro­metre and digitally fabricated is not just possible – it is already here.