Toronto’s Next Generation: MSDS Studio
MSDS Studio brings a Scandinavian sensibility to its interiors and products. The firm is part of Azure’s chosen five: Toronto firms that are climbing to new heights, from nature-inspired inter­iors to 3-D‑printed architecture. 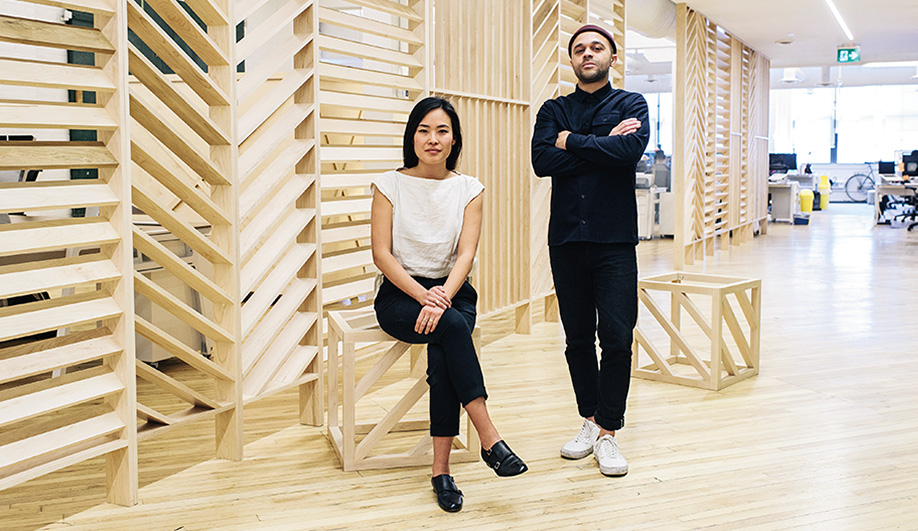 Jessica Nakanishi and Jonathan Sabine at the office they designed for Shopify.

For the Annular pendant, LEDs are concealed between two layers of spun aluminum. 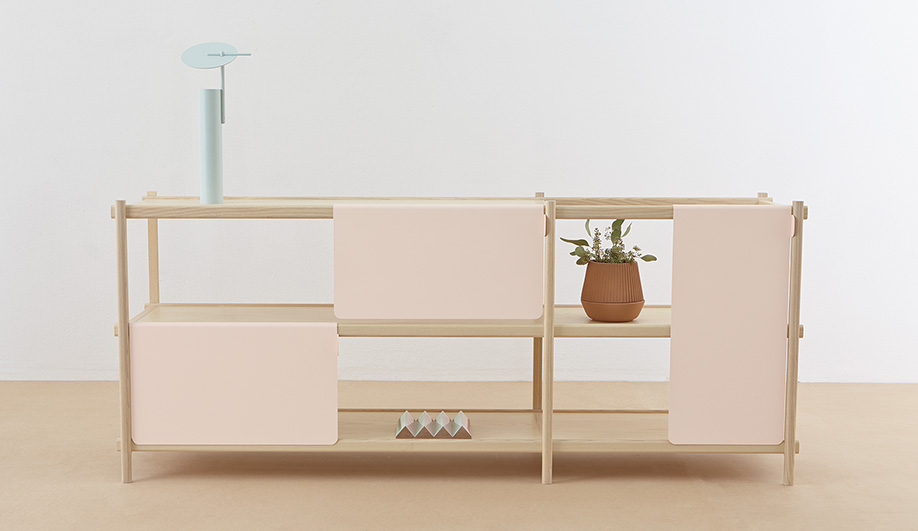 Half Cab’s panels slide across a wooden frame. nThe terracotta planter was produced for Umbra Shift. 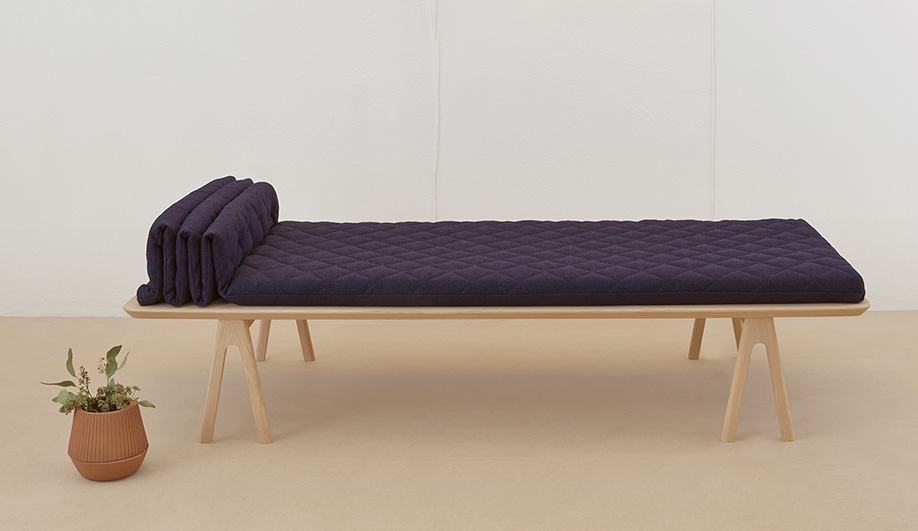 Futon Daybed debuted in February at the Stockholm Furniture Fair.

MSDS Studio brings a Scandinavian sensibility to its interiors and products. The firm is part of Azure’s chosen five: Toronto firms that are climbing to new heights, from nature-inspired inter­iors to 3-D‑printed architecture. (See our stories on Benjamin Dillenburger and UUfie.)

The Annular pendant is a shade without a bulb. Two seamlessly integrated cones of spun aluminum conceal a ring of LEDs embedded in the rim, which casts a diffuse light. It’s an elegantly playful design that happily marries a simple geometric shape with skillful engineering. “We kept the form familiar,” says Jonathan Sabine. “It’s a classic pendant shape – then we sort of messed with it a bit.”

Sabine, 38, heads up MSDS Studio in partnership with Jessica Nakanishi, 33. The name is a play on the abbreviation for material safety data sheet, which they appropriated when she founded the studio in 2010 and turned it into their own motto: make-shit-design-shit or, in more polite company, make-stuff-design-stuff. When they unveiled Annular at the Stockholm Furniture Fair this past February, the response was overwhelming. “It was crazy,” Sabine says, noting that before lunch on their first day, five companies had expressed interest in the lamp, along with a furniture collection that includes a two-level cabinet and daybed.

The Stockholm pieces sit comfortably in the realms of Japanese minimalism and Scandinavian simplicity. “One thing we can say,” Nakanishi remarks of the comparisons to such influential design circles, “is that we appreciate their rigour.” But there is also a dose of Canadian ingenuity in what MSDS produces. “We try to make our designs appropriate for our context,” Sabine explains. “We have different clients in Toronto; it’s a different market, with different materials available and different budgets. In Stockholm, we showed several products made with metal, partly because that’s what we have access to in Ontario.”

While their furniture is taking the spotlight these days, the studio has already garnered significant attention for its interiors, including at Spin, a popular downtown club devoted to Ping-Pong. More recently, their redo of e‑commerce business Shopify’s Toronto office garnered them a first taste of international press attention, with dozens of publications featuring the project when it was completed late last year. MSDS divided the company’s light-filled warehouse space into modular wood and metal pods, with elegant louvres used as cladding. The inserted volumes created subspaces, including meeting and breakout rooms, within an otherwise open plan. To contrast the material palette, inspired by rough-hewn shipping crates, they focused on details and clean fittings, including custom shelving and soft furnishings.

But the success at Stockholm has piqued their global ambitions. Two Danish manufacturers hope to put some of their designs into production, and another is looking to develop a new project. “We now have the ear of some companies that can develop the highest-quality work,” enthuses Sabine.

“We want to see our products in people’s homes,” adds Nakanishi. “We
want more people to have them!” With designs like these, they won’t be the only ones who feel that way. ­