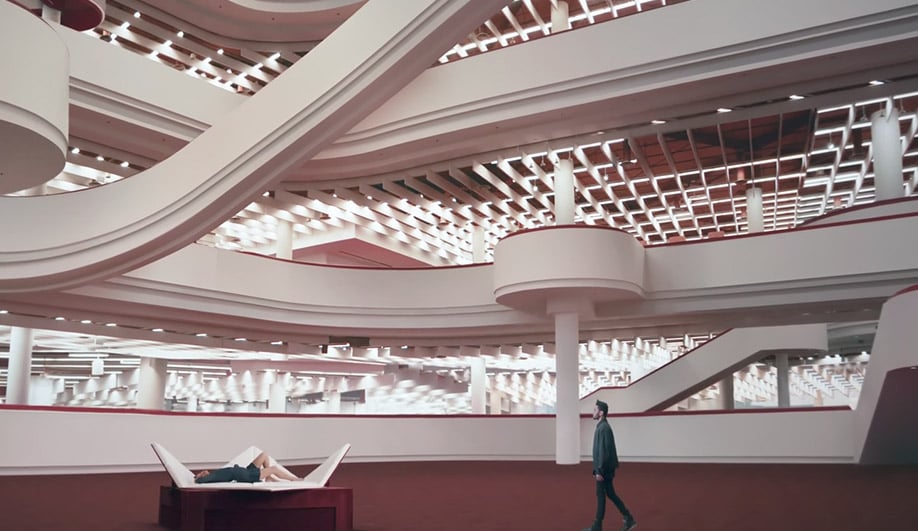 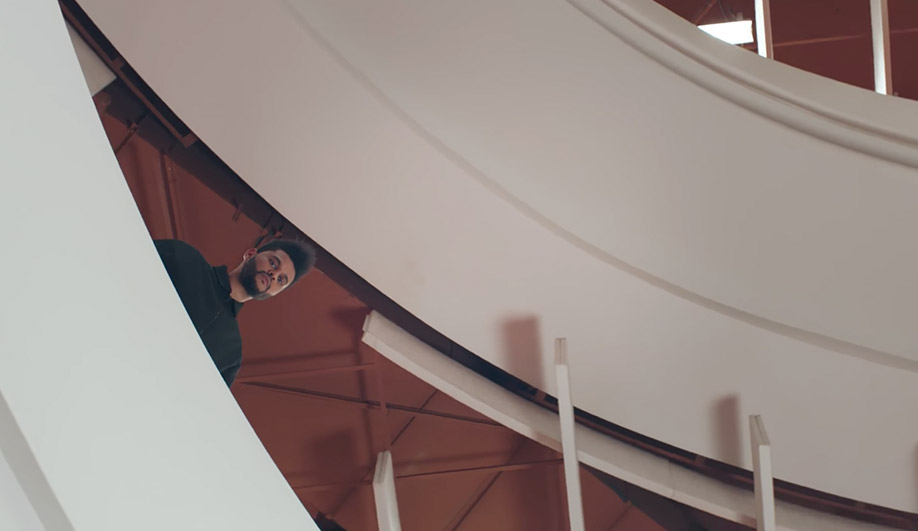 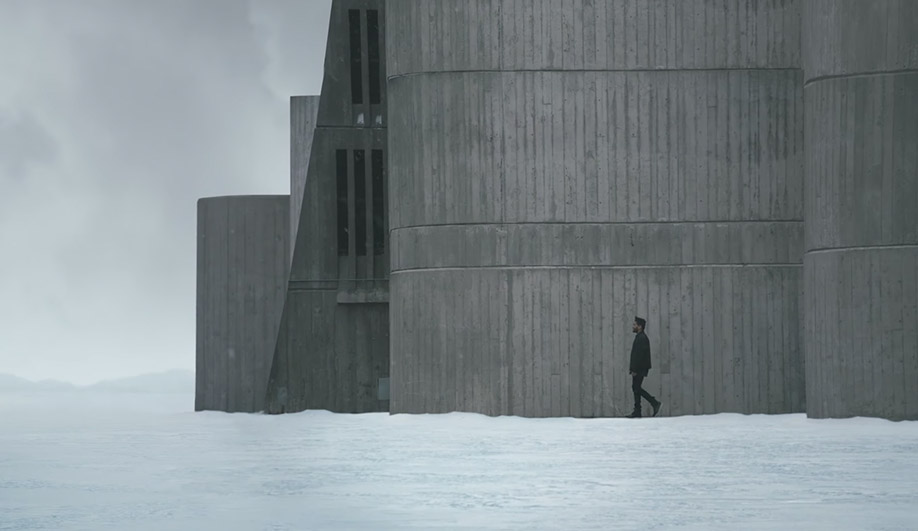 By a long shot, City Hall and the CN Tower are Toronto’s most recognizable structural icons; there are few others that can rival such an immediate association with the city. You could add Daniel Libeskind’s Crystal expansion of the Royal Ontario Museum to a longer list, or Will Alsop’s floating tabletop that defines OCAD University. But for the most part, the city’s preference for condo towers over starchitecture has meant there are few urban symbols beyond the clichés.

It wasn’t always like that. The largest city in Canada has its share of stellar mid-century modern examples, two of which play a feature role in The Weeknd’s “Secrets” video.

The video opens with a woman running down a red carpeted hallway and then floating in a sea of red before the camera pulls back to reveal a bank of glass elevators partially encased in red metal. For Torontonians, those cylindrical elevators are enough of a clue to recognize the Reference Library by architect Raymond Moriyama.

When the library first opened in 1977, it was a considered a symbol of the future with its multi-storey atrium and circular stairwells that encourage visitors to move between levels. While most public libraries at the time were lined with cubicles and offered visitors crowded rows of open stacks, the Reference Library was wide open and inviting.

Most of the books and periodicals are kept out of sight and accessed by request only, which leaves the floors spacious enough for sofas to lounge on and big tables to share with strangers. These are familiar moves now for most modern-day libraries, but not back then.

The red carpeting was one of its signature features and when the building underwent a major $34-million renovation in 2012, the carpet was replaced with the same fiery red hue.

In the hands of director Pedro Martín-Calero, the crimson floor is cranked up a bit more brightly, as is the grid of ceiling lights that give the interior the look of a Kubrick-ian space station.

The second location in the “Secrets” video is harder to pinpoint, but there is no mistaking its raw concrete walls as brutalist inspired. In fact, it is the Andrews Building, part of the University of Toronto at Scarborough. Originally built in 1966, the satellite campus building is considered a notable (if slightly flawed) example of brutalist architecture, designed by Australian John Andrews.

Of course, before The Weeknd laid claim to showing his native Toronto in a new light, there was Drake who regularly and unabashedly celebrates his love for ‘The Six’ in his songs and with covers that show the city off in new ways. The rapper gave the CN Tower a new coolness when his 2016 album cover showed a mini version of himself seated at the edge of the Sky Pod – an image that quickly turned meme.

The “Secrets” video is more covert in its adulation of lead singer Abel Tesfaye’s hometown. Interestingly, when Azure contacted Moriyama & Teshima Architects for the firm’s impressions of its famed library becoming an instant video star, staff there had heard about the video but few had found time to watch it.

Jason Moriyama did finally have a look at it and he loved the way it Escher-ized both interiors. “It is remarkable to see a homegrown story like this,” he said, “where a musician has looked to his roots and used buildings he was familiar with as a supporting act.”