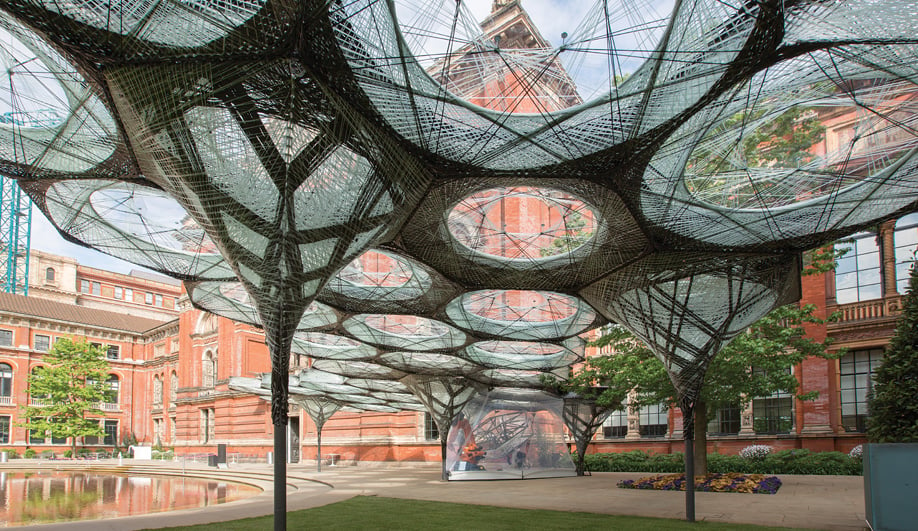 The Elytra Filament Pavilion, installed in June during the London Festival of Architecture, demonstrates the latest in building fabrication, where visitors can watch a robot weave each carbon-fibre shell. The project is on view at the Victoria and Albert Museum in London until November 6.

What can architecture and design biennales do for a city? Aaron Betsky, dean of the Frank Lloyd Wright School of Architecture in Arizona, explores the pros and cons of hosting mega-shows.

I love biennales. That might have something to do with the fact that I directed one, specifically as a curator of the 2008 Venice Biennale. I also co-curated the 2015 Shenzhen Bi-City Biennale of Urbanism/Architecture. For decades, I have attended biennales, as well as triennales, cinquanales, even decennales, and I have enjoyed almost every one of them.

Their global proliferation has been so fast over the past two decades, however, that it has become a full-time job just keeping track of them. London recently inaugurated the London Design Biennale, in which participants from 30 countries were invited to explore the theme of Utopia. (The event ran September 7 to 27, and shouldn’t be confused with the London Design Festival, which started 10 days later.) There is also talk of similar biennales opening in Toronto, Detroit and Seoul.

The fact that we are brimming with biennales might seem overwhelming, but they remain the best option to get a glimpse of the latest innovations within a given field. They also reveal to the public what are usually the closed-shop concerns of designers and architects. Biennales are a cost-effective option, too, for cities to highlight and promote culture, especially within two related fields I happen to love: architecture and design. Besides, who doesn’t enjoy a rambling party where somebody hands you prosecco at every turn and you run into former students, colleagues and friends, while also launching into heated arguments with your closest frenemies?

Not everybody agrees. At this year’s Venice Biennale, Patrik Schumacher, partner at Zaha Hadid Architects, described the event in an interview with the Journal of Architecture (Il Giornale dell’Architettura) as “useless,” and that it should be closed down, so as not to “confuse the public.” There are as many people complaining about biennales as there are enjoying them. Some industry professionals, though, believe they have reached a saturation point. 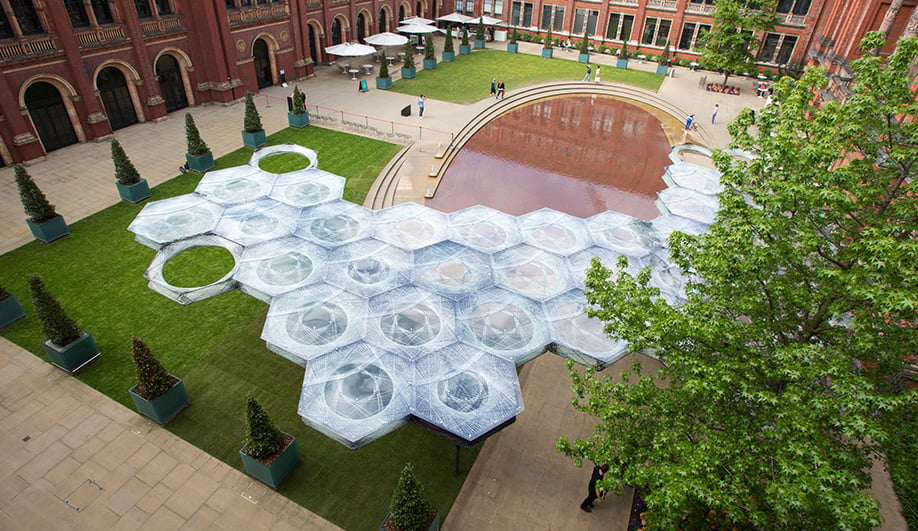 Elizabeth Diller, principal architect of Diller Scofidio + Renfro in New York, is one of them. While acknowledging they are “fantastic alternatives to the slowness and geo-fixity of traditional art institutions,” she thinks they have devolved in recent years. “Too many things are being shown together, to the point where the exhibits have become generic surveys rather than forums for highlighting quality.” She is specific about what she thinks of Venice: “The national pavilions have outlived their usefulness. Biennales need to be thematic and they need to happen in major international hubs. There should be some sort of regulation, like in the Olympics or world’s fairs, where the torch is passed from one city to the other.”

At the same time, Diller was impressed by the Chicago Architecture Biennial, which took place for the first time in 2015. “That one really brought in a larger audience and presented fresh new voices,” she says. Co-instigator and co-curator Sarah Herda affirms that the event’s overall success means Chicago will host another in 2017. “We welcomed over 500,000 visitors; that alone made it worth it,” she says. “We added a platform for the discussion of architecture that just didn’t exist in this country before. It is surprising that it did not, but it is good that we have it now.”

That is indeed what makes biennales valuable. For two or three days, professionals in the field take in dozens of ideas through models, images and installations, and they participate in formal and informal discussions with associated specialists from around the globe. The sheer volume of what is on hand generally guarantees at least something will be inspiring, and worth the trip.

Given their format, fresh voices, similar to those mentioned by both Diller and Herda, can also make themselves heard. For young and experimental designers, there are more opportunities to participate than in curated exhibitions, where selection is limited; or at trade fairs, where space must be paid for. Even in Venice, by far the most competitive and exclusive, there are so many participating countries and thematic exhibitions, any number of unknowns are found among the usual stars. Curators are also more inclined to encourage site-specific installations based on research and development, and the results may not look anything like a piece of furniture or a building. Because attendance numbers are generally high, ideas that might seem outré, even to the most seasoned, have a chance to penetrate public acceptance more readily than a single exhibit or academic journal ever could.

The Elytra Filament Pavilion, installed in June during the London Festival of Architecture, demonstrates the latest in building fabrication, where visitors can watch a robot weave each carbon-fibre shell. The project is on view at the Victoria and Albert Museum in London until November 6.

For the organizing cities, they are effective revenue generators. The Chicago Architecture Biennial, which showcased over 90 projects by some 120 international firms, had a budget of US$6 million. Many others operate with much less, but whatever the scale, the economic return can be considerable. Thousands of people attend not just for an afternoon, but for days. Ticket prices represent only a minor portion of the contributions that filter into the local economy through hotels, restaurants, venues and more. A 2011 study of Liverpool’s art scene, for instance, found that its contemporary art biennale played a significant part in boosting city coffers, generating £1.75 for every British pound invested.

Matthias Sauerbruch, principal of Berlin firm Sauerbruch Hutton, and frequenter of biennales, however, thinks all of that is secondary to what biennales are really about. “They are mostly social events, like upmarket trade fairs. There is always a project or two that’s new or interesting, but the discourse is secondary to gossip,” he says. That may be true, although schmooze-fests have their own unique benefits. While the biennale calendar may have reached an all-time high, the gathering of architects and designers at a single event still offers those who love both fields a chance to indulge in ideas, inspiration and conversation, and usually in an equally engaging location.

Aaron Betsky is a critic, curator, educator, and writer. He is the former director of the Cincinnati Art Museum and the current dean of the Frank Lloyd Wright School of Architecture, in Scottsdale, Arizona.