Zaha Hadid’s Olympic Aquatics Centre
With one year to go before the London 2012 Olympics, Hadid's creature of the deep blue is finally complete. 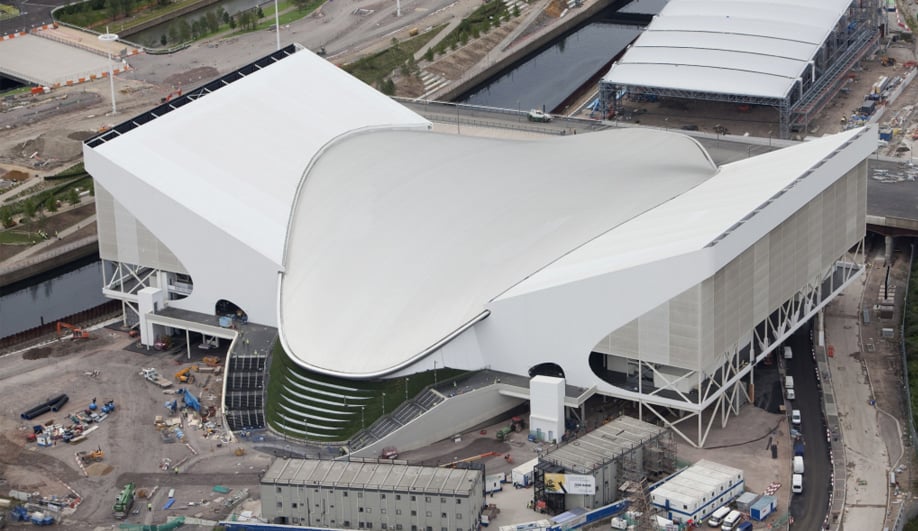 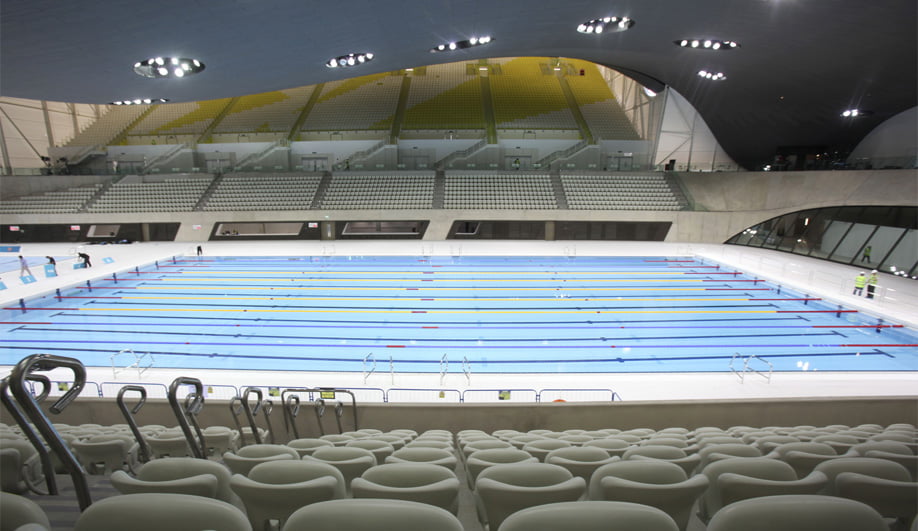 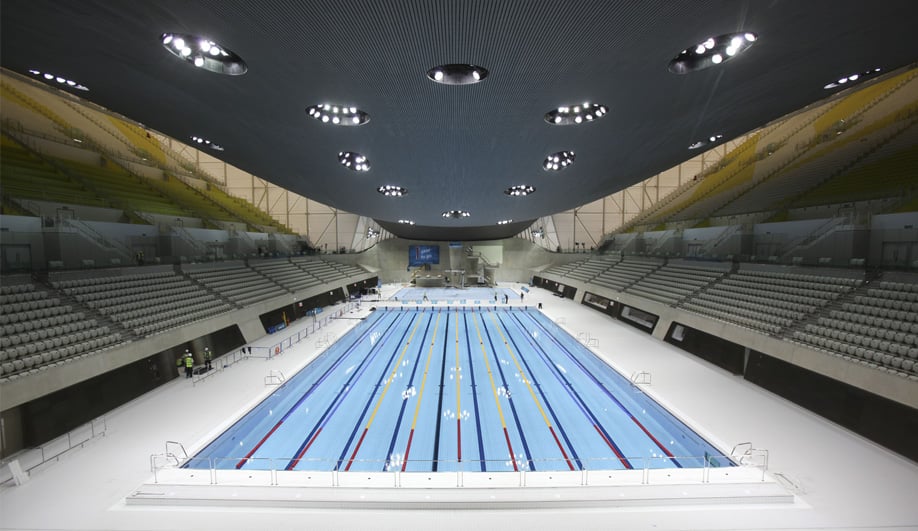 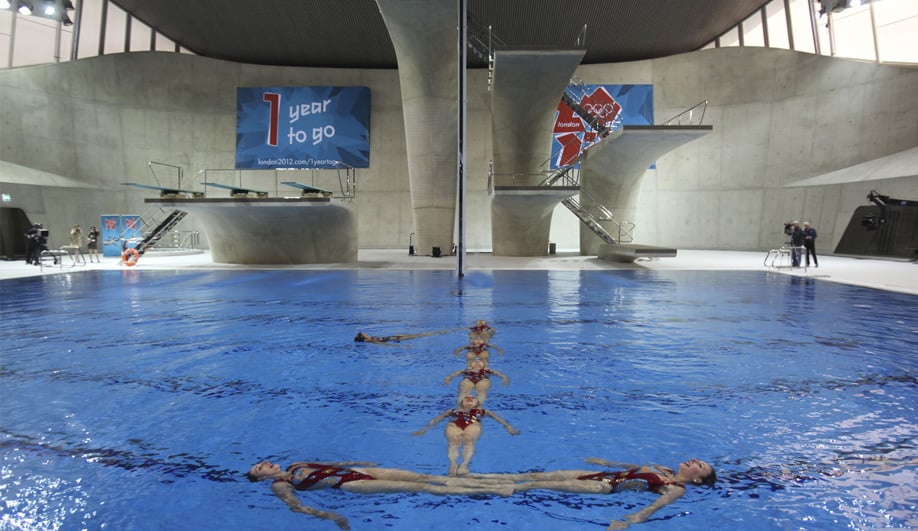 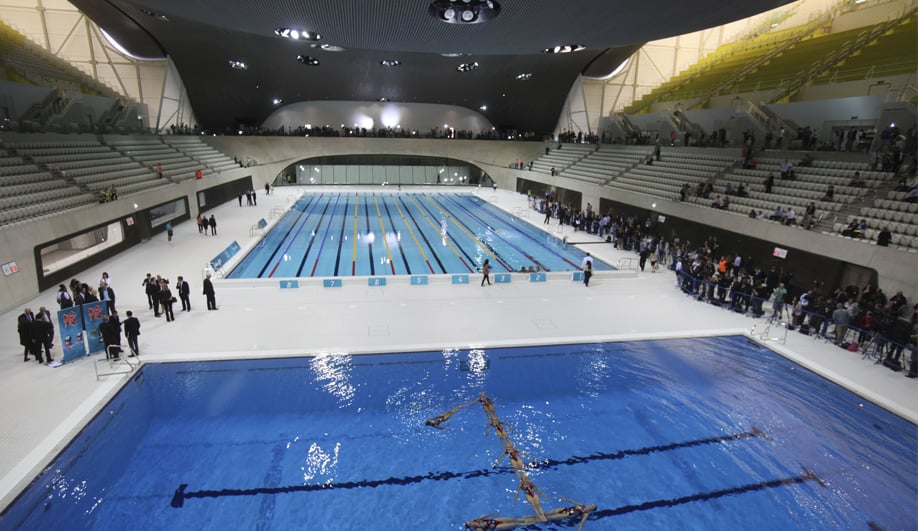 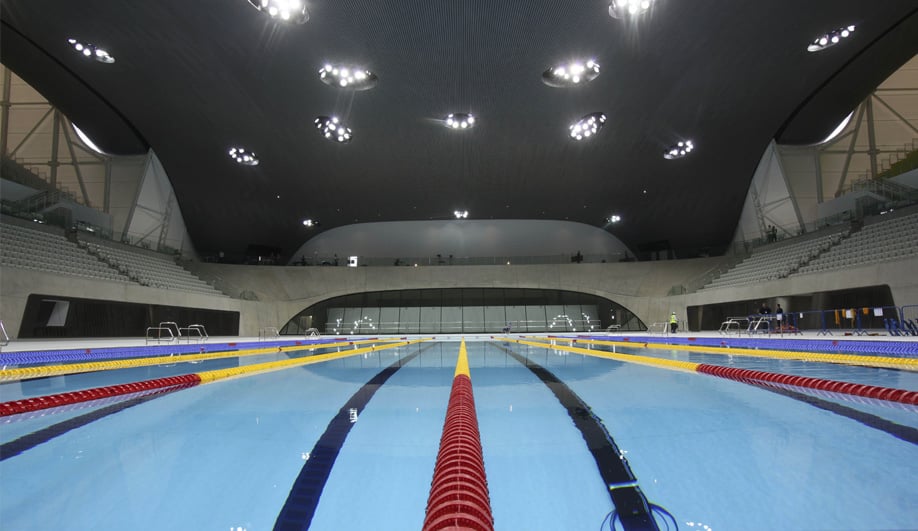 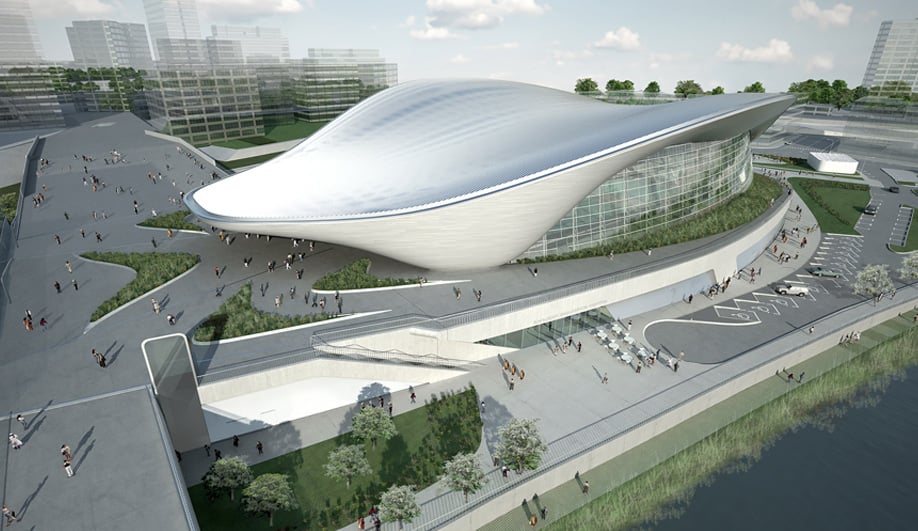 Late last week the Olympic Delivery Authority unveiled the interior of the Aquatics Centre, designed by the Pritzker Prize-winning architect for the London 2012 Olympic Games.

Beneath the striking steel and timber undulating roof, the 37,000-square-metre space – big enough to accomodate 17,500 spectators – houses the swimming and diving pools. The diving platforms, made of the same concrete used in the lower structure, smoothly ascend from the bowl’s floor. A third pool, used for training, is located under the Stratford City Bridge, which connects the city to Olympic Park.

The centre will morph into Hadid’s original concept (image 07, above) once the Olympics are over. The extensions on either side of the main structure – where the 15,000 temporary yellow and white seating stands are found – will be removed and a gargantuan glass wall will be installed on both sides, filling in the gaps between the roof the pool hall.

While it’s signature Hadid (scultptural, gravity-defying and massive), there’s an unexpected quietness to it as it hovers above the landscape – like a sea creature on the ocean floor.

Read more about sustainability plans for the London’s Olympic venues and infrastructure in the upcoming September issue.