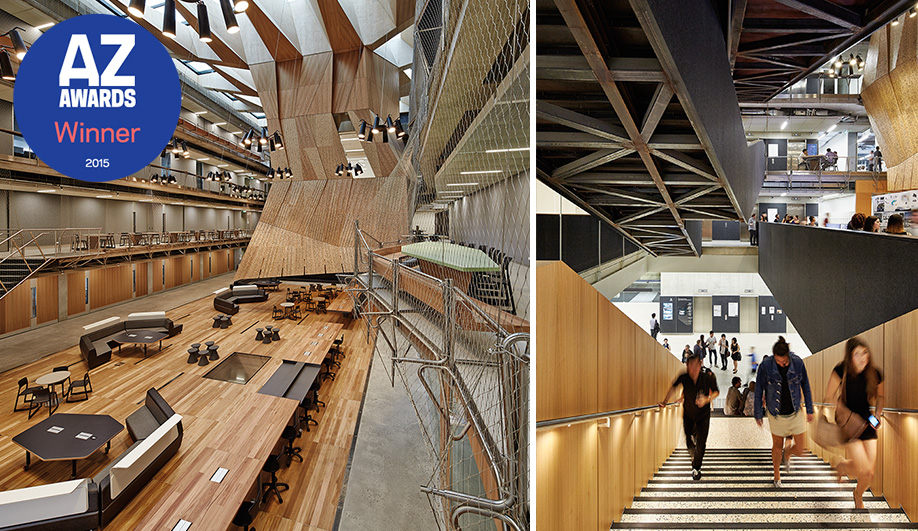 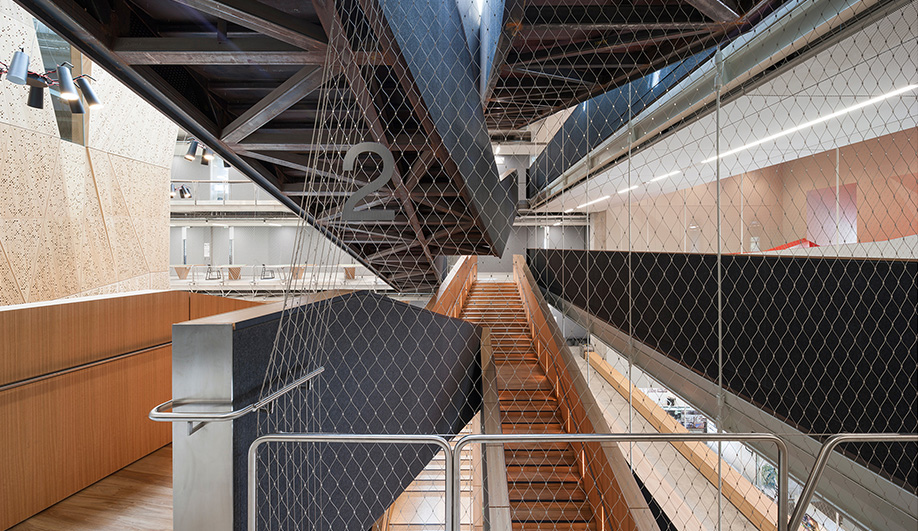 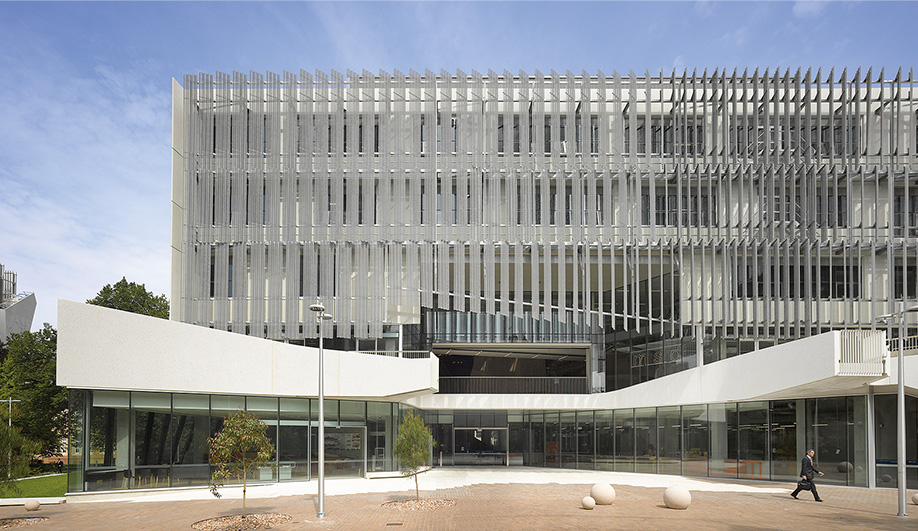 The Melbourne School of Design is a riot of architectural gestures, aesthetic quirks and unusual material applications, all rolled into one powerful structure, realized by John Wardle Architects with NADAAA of Boston. The collaborative proposal won an inter-national competition in 2009 that drew 133 entrants, and the project reached completion last December, with the rare achievement of finishing ahead of schedule.

What guides the building’s form, and in particular its unusual interior volumes, is the idea that the school itself should be an educational tool for the 2,000 students who inhabit it. The exposed internal workings and the construction site rawness act as an instructional living organ, to be seen as much as understood. The school is large, housing various types of study areas that encourage collaboration, along with lecture theatres, a library, a café and two exhibition spaces. It also offers new links to the existing campus property, via the central Studio Hall.

The four-storey atrium serves as the main congregation place – and the building’s most jaw-dropping feature, dominated by a prismatic, plywood-clad construction that appears to hang from the coffered timber roof, not quite touching the ground floor. Three intimate meeting rooms are contained within, making this muscular addition a rather large gesture for such limited functionality. One of its roles, though, is to bring awareness to the theatre of architecture, along with the contrast of weight and strength versus lightness and suspension. One local critic noted that some people might feel slightly uneasy with-
in these small rooms, where the floor has a slight bounce. It’s a detail that the architects likely understood as a mind-over-matter challenge, a way for the building to seem alive underfoot.

Equally unnerving are the in-formal meeting spaces built in along the atrium’s perimeter, with vertiginous balcony views due to the almost invisible woven mesh balustrade. The net-like barrier stretches from the first floor to the ceiling – and, we are assured, it is all perfectly safe.

About the architects: John Wardle Architects, of Melbourne, Australia, has garnered numerous awards for highly experimental projects, from beachside houses to office towers. NADAAA was co-founded in Boston by Nader Tehrani in 2011. The mid-size firm is now overseeing the renovation and extension of the architecture faculty at the University of Toronto. Team: Nader Tehrani and John Wardle with Arthur Chang, John Chow, Meaghan Dwyer, Stephen Georgalas and Stefan Mee

What the jury said: “There are some delicate interventions with this building. What could have been a simple box is invaded with extraordinary micro-interventions, like a pearl in the middle of a shell-like metallic thing.” – Brendan MacFarlane