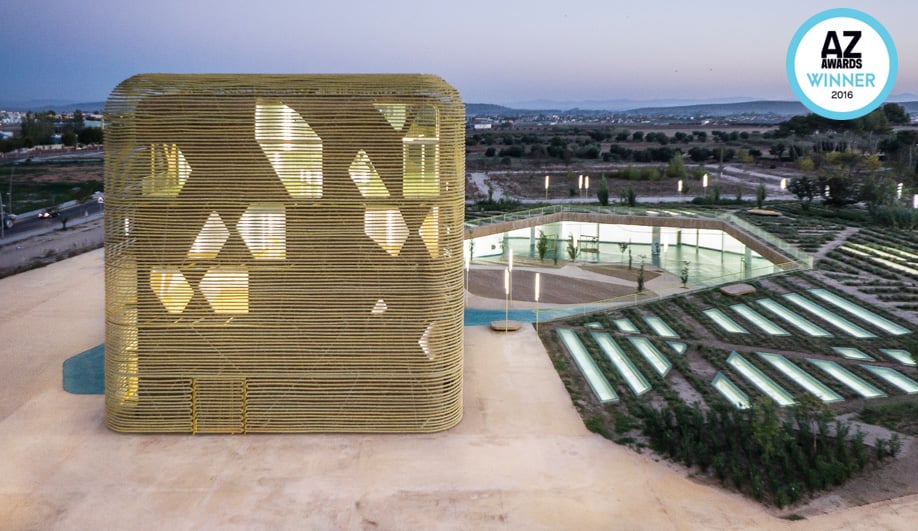 Each harvest, farmers in the Extremadura region of southern Spain press tons of grain hay into compact bales. From the native stork’s perspective, the harvest forms a compelling geometric patchwork over the arid landscape. Those golden bales also provided the unlikely inspiration for the Vegas Altas Congress Centre and Auditorium, a theatre and office complex in the ancient city of Villanueva de la Serena. 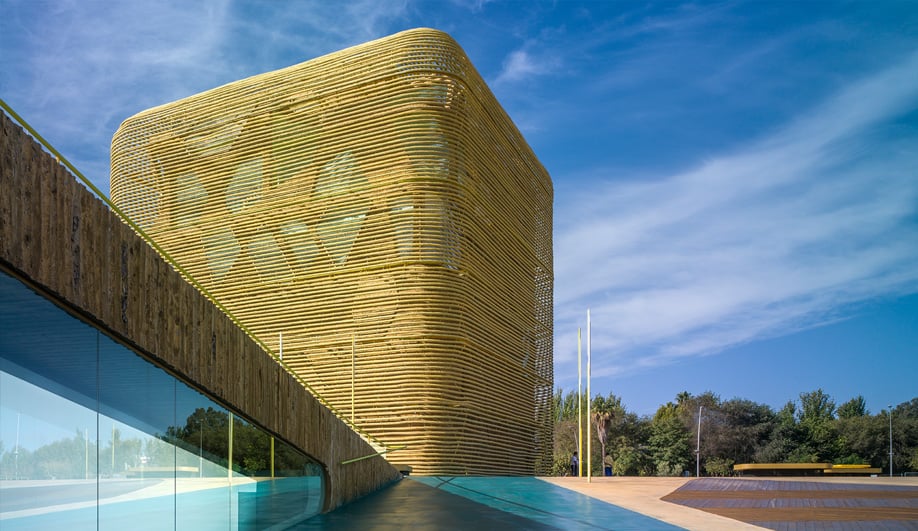 A collaboration between four principals working at two mid-size firms in Madrid, the building is a playful take on vernacular elements. For instance, more than 10 kilometres of braided Portuguese shipping rope is used to wrap the 21-square-metre cube within a steel beam armature, with ample space between each of the thick strands to peek out from inside. Why more architects don’t use the robust natural-fibre rope for exter­ior cladding remains a mystery.

The four-storey cube, which houses a restaurant, rehearsal rooms and offices, is itself visually innovative. Still, it’s but a beacon for what lies below ground level. In another admirable gesture to the rural geography, the architects designed a sophisticated “ha-ha,” the French term for a sloping ditch originally conceived to keep livestock from wandering off. This descending plaza leads to two underground auditoriums, lit by striated skylights set between plantings. 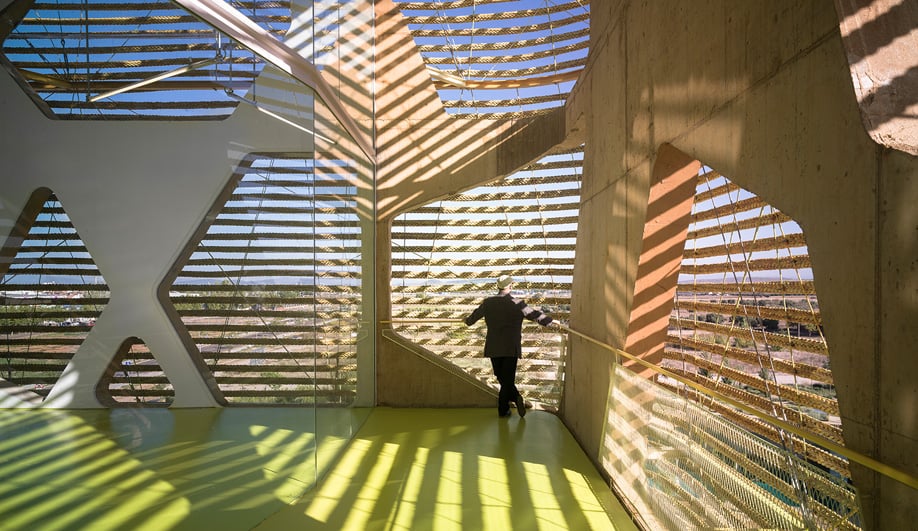 Tucked out of sight, the amphitheatres nonetheless engulf the entire footprint, surrounding more than 1,000 visitors in awesome, deep-green corrugated polycarbonate. In contrast to the parched aesthetic above ground, the buildings have an aquarium aura about them, dappled with sunlight from above. This speaks directly to the subterranean water that hampered construction: the architects had to work against it, then decided to bring it back visually. Lest anyone find the intense green disconcerting, an integrated lighting system normalizes the atmosphere during performances.

While the project directs worldwide attention – and foot traffic – to a poor region un­accustomed to investment or acclaim, it doesn’t upstage the setting. Over the years, the garden will fill in, further obscuring the intervention. What the storks don’t know won’t hurt them. What the locals do know won’t hurt them. This ha-ha is a win-win.

About the firm: Luis Pancorbo and Inés Martin Robles of Madrid established Pancorbo Arquitectos in 2004. In 2008, they teamed up with José de Villar and Carlos Chacón of De Villar-Chacon (DVCH) to win the Vegas Altas competition. It has become a breakout project for both firms, joining a lineage of exceptional Spanish architecture that mixes contemporary design with organic materials and striking facades.

What the jury said: “Rope is a material that can last centuries. How ingenious to use it to cover an entire building.” – Chris Wilkinson