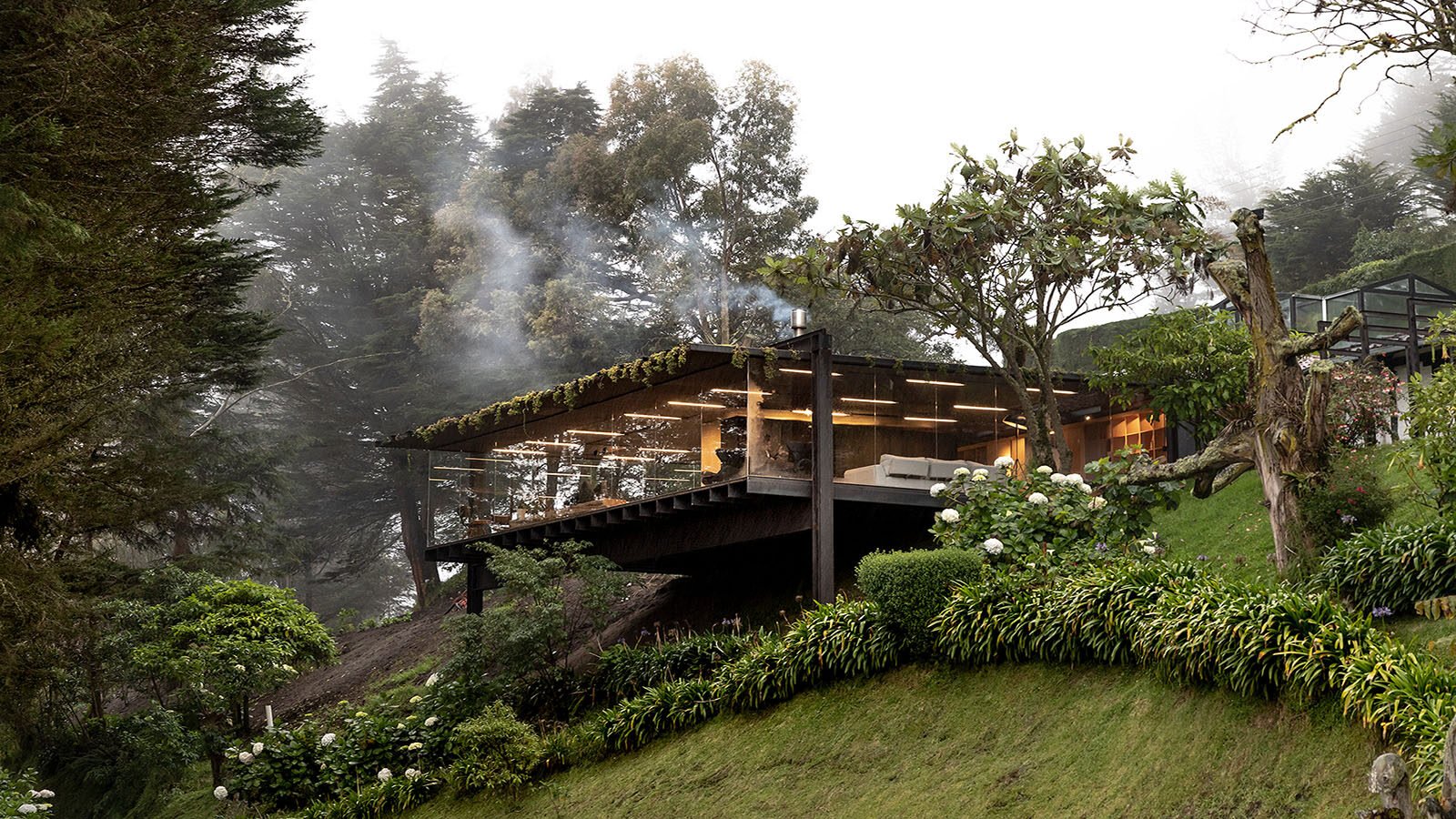 The term mirador, borrowed from Catalan, designates a turret or tower attached to a building, which provides an extensive view of the surroundings. The word comes from the Spanish mirar, meaning “to look.” Named for its stunning views, Casa Mirador (Viewpoint House) by Quito’s Rama Estudio — a design practice specializing in site-specific, nature-inclined residential projects — is fittingly located in the volcano-rich province of Pichincha, Ecuador, and surrounded by the peaks and valleys of the Andes mountains.

Spatial flexibility was important to the clients, who were used to living in an open space which they could configure to their liking. At the same time, the pandemic had made them reconsider their nomadic lifestyle — they needed a more permanent home, with space for their children to grow and the option to stay put in case of another lockdown. Their construction deadline: three months, and it had to start right away.

Despite its generous size and distinct appearance, Casa Mirador manages to meld into the Ecuadorian scenery. Floor to ceiling windows envelop the home, immersing it in a sense of place. The extension is cleverly cantilevered over the sloped valley to avoid direct contact with the earth — in fact, the new build’s metal stilt system doesn’t require a foundation, making it ideal for minimal soil disturbance and rapid construction. The thermally insulated roof also allows vegetation to grow along and around it, creating a greenhouse-like appearance which will eventually embrace the home in lush greenery.

Previously a small 65-square-metre outpost, the home now occupies 190 square metres, almost tripling its original size. The front facade of the existing build was removed to create a link to the new construction, while a system of metal channels supported by two porticoes makes up the new building’s structure. According to the firm, none of the existing vegetation around the site was damaged and no material was wasted. Reusable materials that came from the demolition of the old facade were sorted for later usage and the rest of the rubble was used to level the ground around the home.

Inside, sliding panels installed vertically can be re-configured to create separation between bedrooms and living area. The architects favoured a minimalist approach to furniture: a central module composed of metal on one side — where a television and storage are embedded — and wood panelling and stainless-steel surfaces on the other serves as the space’s main partition. This simple organizational system allows for fluid circulation throughout the space.

Underfloor heating was installed to offset the cooling effects of the transparent facade in colder months. Walls integrated with acoustic thermal ventilation also help keep the inside temperature comfortable, while a wood-burning fireplace confers warmth to the home’s core.

But the project’s real pièce de résistance is its closeness of nature. Ample seating options, from plush armchairs to a showpiece long bench made of carved wood, allow for multiple views of those volcanic peaks and valleys.