A tower for the bees
In Buffalo's Silo City, a group of SUNY students have erected Elevator B, a work-live space for bees. 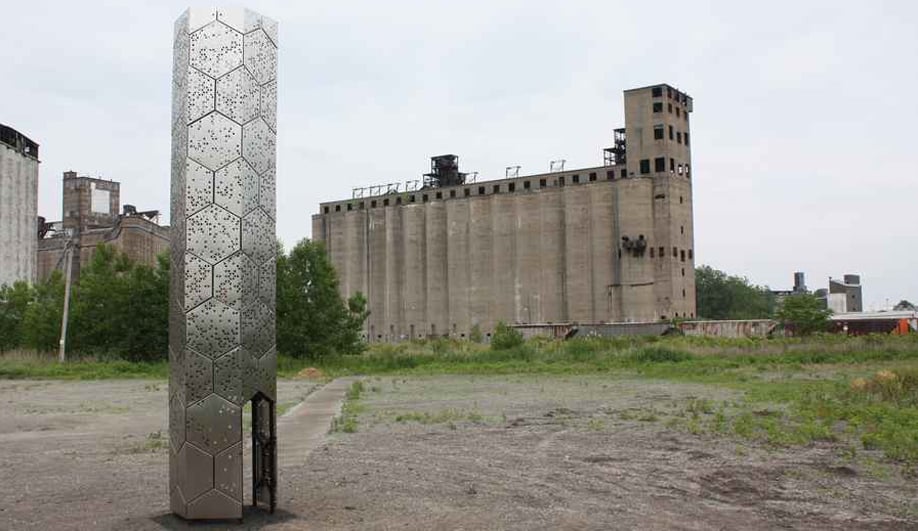 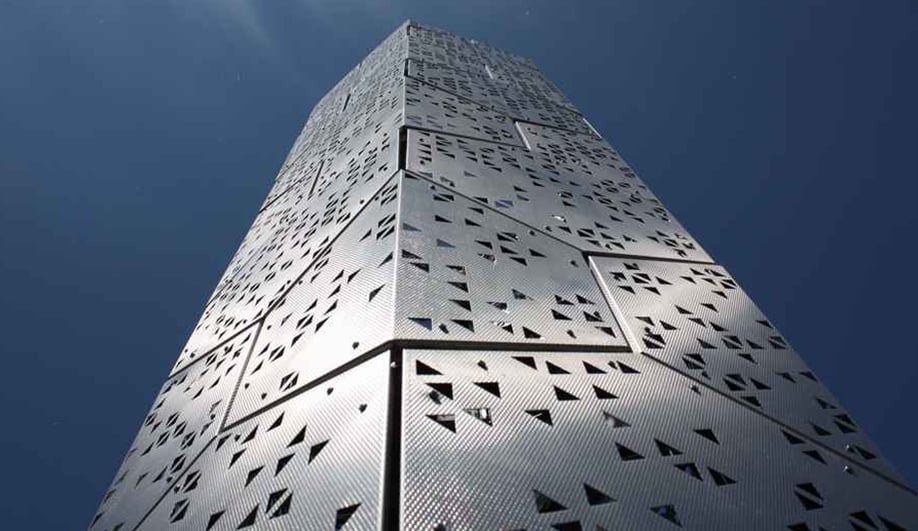 Standing seven metres tall, the structure represents the winning entry of Hive City, a competition organized by the University at Buffalo’s School of Architecture and Planning together with local manufacturer Rigidized Metals. The latter is run by Rick Smith, who also owns Silo City. He has transformed the grain elevators – no longer functioning in their original capacity – into backdrops for art and architecture installations. And with Elevator B, which promises to be the site’s first permanent installation, he’s helping the area’s flourishing bee colony.

“The bees were already there when Rick took over the property. They were building honeycomb between the glass of a second-storey window and the plywood which boarded it up,” explains Courtney Creenan, one of the five students – along with Kyle Mastalinski, Daniel Nead, Scott Selin and Lisa Stern – who created Elevator B. “Our design emulates these conditions, especially the wind protection. Bees enter their new hive from approximately the same direction and at a height similar to their old hive.”

Elevator B is made up of two parts: a steel structure clad in hexagonal panels and, suspended from up high within, a hexagonal cypress box capped by a laminated safety glass. At one metre wide, the interior is big enough for two adults to squeeze in and gaze up at the bees busily at work constructing their hive. “At our opening, there were five small kids standing at the bottom looking at the bees, with plenty of room to spare,” says Creenan.

The five students prefabricated the tower’s main structure (using standard steel sections) and cypress box over three weeks in the architecture school’s Materials and Methods shop. On site, they then installed the hexagonal metal panels – 66 altogether in six different perforated patterns, all fabricated by Rigidized Metals. “This took another five days from tipping the tower into place and fastening the panels onto the structure to transferring the bees into their new home,” explains Creenan.

So far, the project has received a lot of buzz. “It has brought a wide range of visitors to the site, who stay to explore the elevators. So, it has been achieving its goal.” It is also helping to educate locals about the indispensable work that bees do – and how essential they are to a great many ecosystems. To drive that point home, in a matter of months, a local nature preserve will commence educational programs for kids at Elevator B.