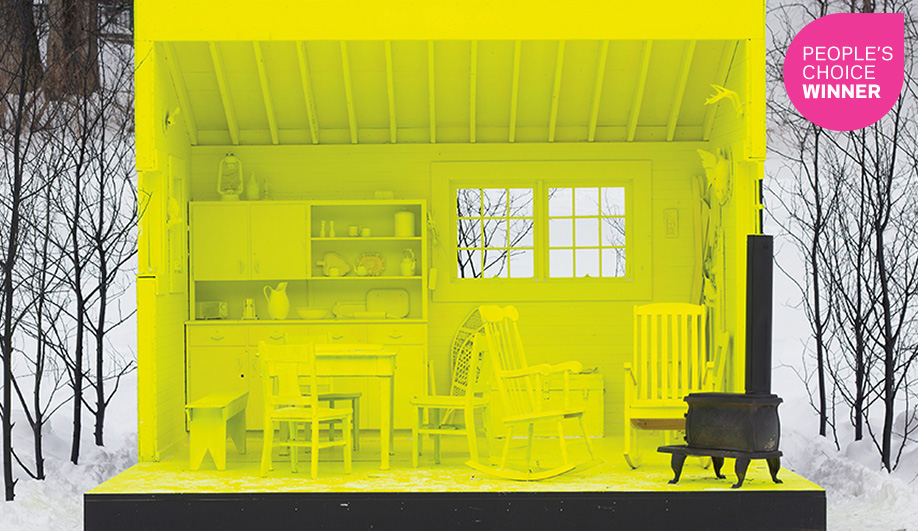 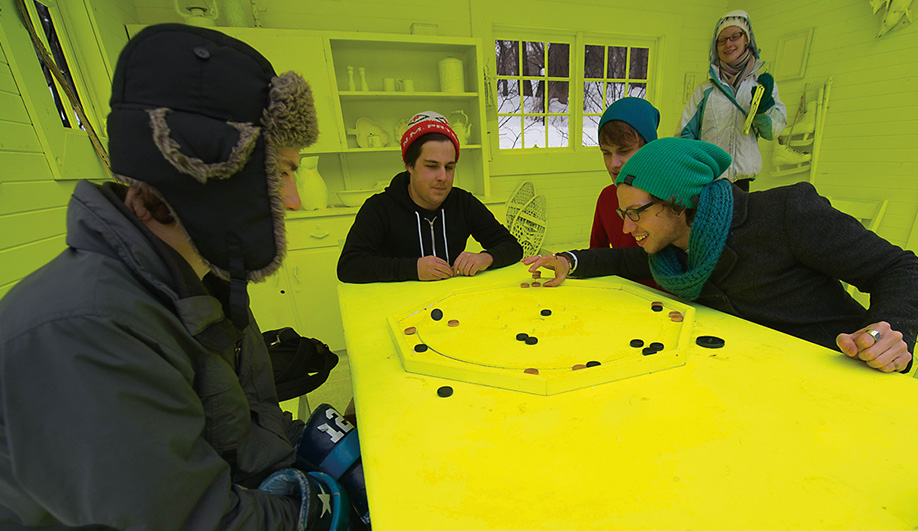 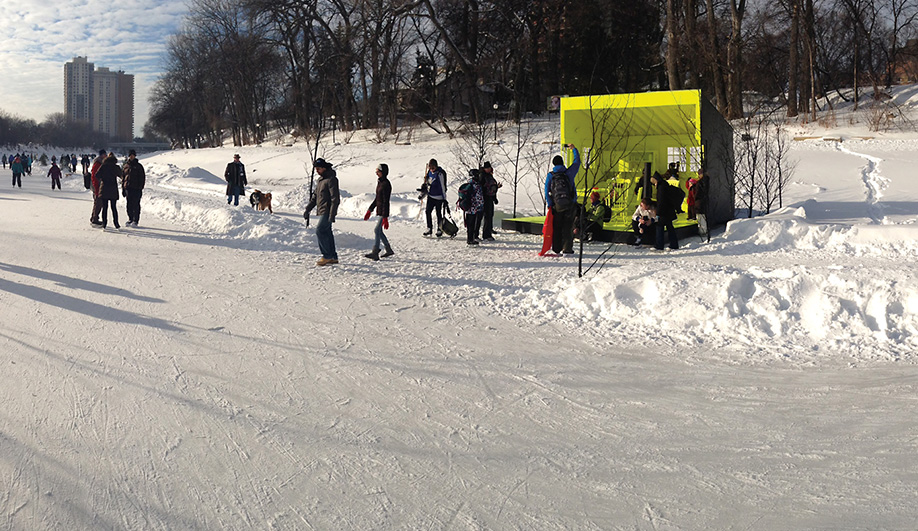 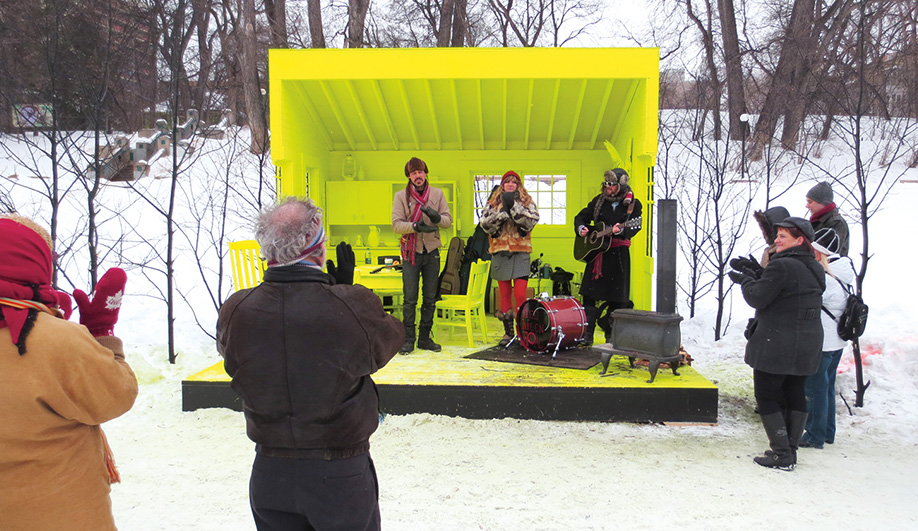 Every year, in an effort to fight the fierceness of winter and bring people closer together, the world’s longest naturally frozen skating trail is constructed on the Red and Assiniboine rivers in Winnipeg. Warming huts are installed en route, and last year, as part of an international competition that invites designers to reinterpret the traditional hut, Hygge House won a spot on the frosty riverbank. The fluorescent yellow half-house was a team effort by local architects Plain Projects and Pike Projects, along with graphic design studio Urbanink.

Pronounced hoo-guh, the Danish word hygge translates roughly as cozy, as in gathering to create a feeling of warmth and happiness. The three Winnipeg firms took their reference from this poly­semous word, along with a traditional cottage vernacular – mounted antlers, snowshoes, a rocking chair, and half of a cottage – then gleefully subverted the rustic scene by painting everything an iridescent yellow. The effect says both warm comfort and sunshiny brightness.

Luminescent as it was, Hygge House really came alive when in use. Skaters gathered to shelter from the icy winds, musicians held gigs on the cottage stage, and people came to wrap themselves in blankets and warm up by the wood stove, or sit around the table over a game of crokinole. The team used their varied skills to create the ultimate über-Canadian cultural cliché.

What the jury said:
“Too much architecture has no local reference and could be placed anywhere. But this is very Winnipeg. It’s smart and funny, and it has a strong identity. I like it.”
– Todd Saunders, Saunders Architecture