Azure in NYC: Get a Marcel Wanders tattoo
Calling all fans of Marcel Wanders. If you really admire the Dutch designer's work, it might be time to make a lifelong commitment. 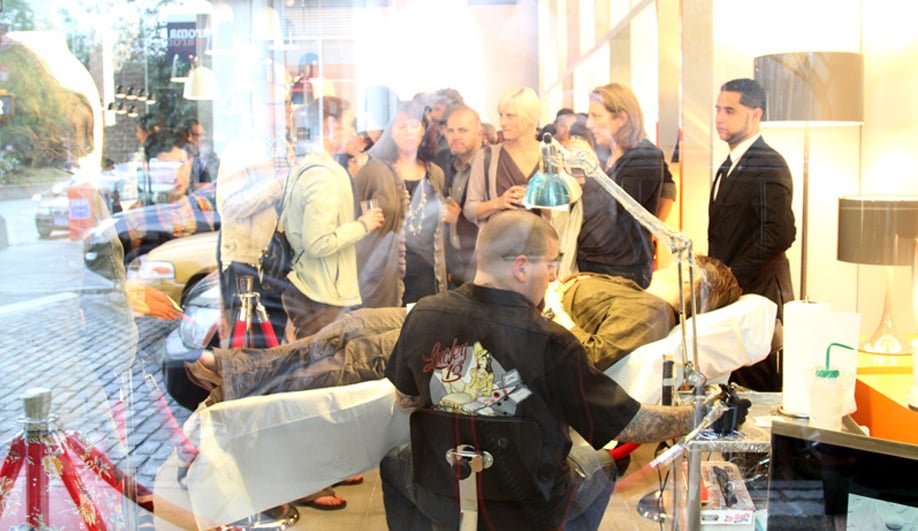 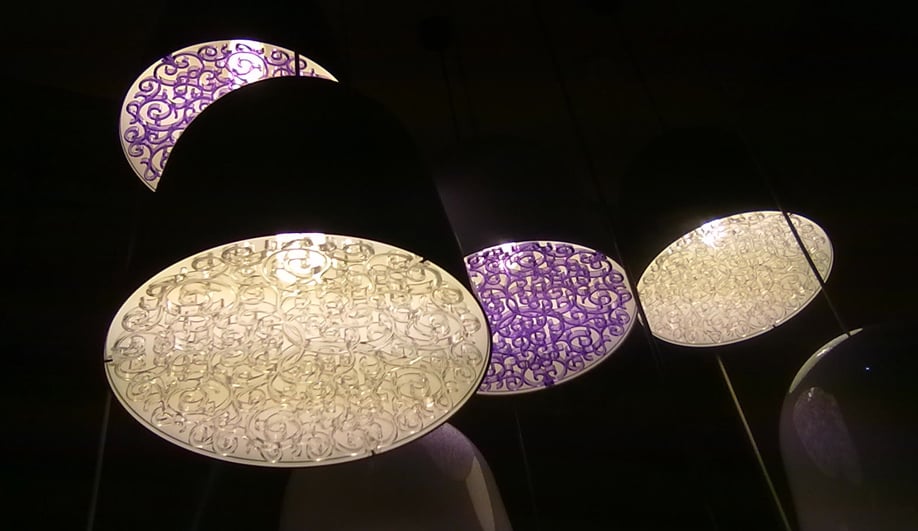 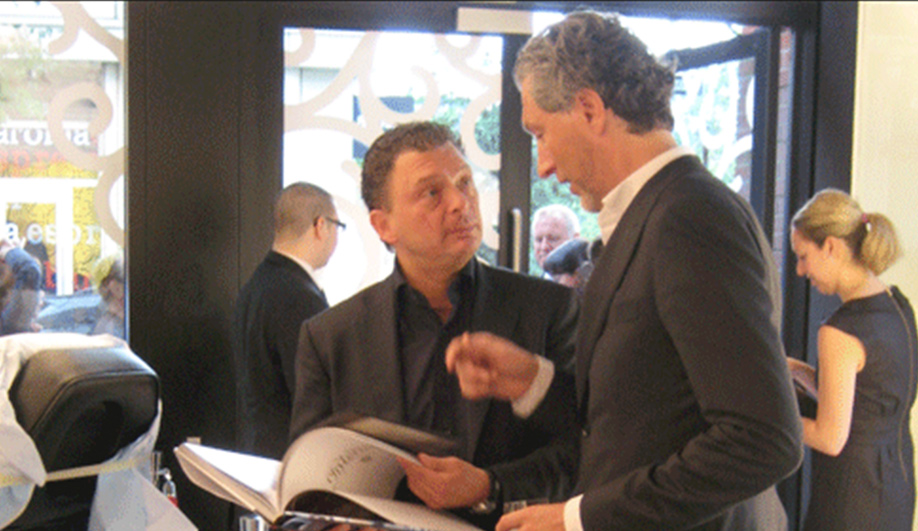 During ICFF, Italian lighting manufacturer Flos offered free, “limited edition,” permanent tattoos designed by Wanders, at its SoHo showroom. The patterns come from the frilly detailing used in lamps (Can Can, Chrysalis, and Skygarden) that Wanders has designed for the company, and the tattoo artist Scott Trerrotola of Ritual 13 masterly inked the willing.

Flos president Piero Gandini said the idea was entirely Wanders’, and he didn’t think anyone would be crazy enough to get one. But he was wrong. Initially offering to do up to five tattoos of each pattern, all 15 slots filled up quickly. So Flos decided to extend the service. Bizarrely, some of the work was done during a cocktail reception – as design enthusiasts chitchatted and sipped prosecco, they watched Trerrotola ink patterns into flesh. For visitors scared of the needle, Wanders also offered the pen, eagerly signing copies of his new Interiors book for Rizzoli.