AZURE Talks: 5 Leading Architects and Designers on Principles to Design By
Claire Weisz and Michel Rojkind are among the experts taking the podium at Azure’s provocative panel discussion on March 20. Tickets are on sale now. 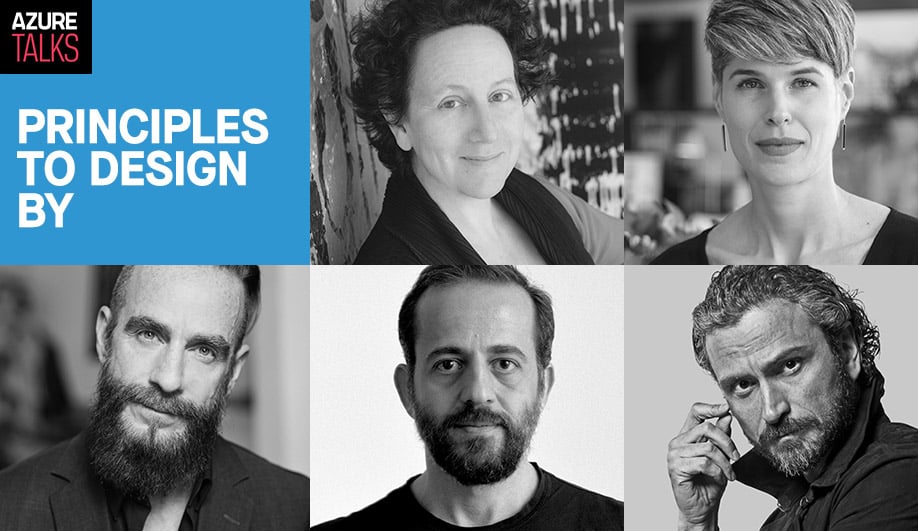 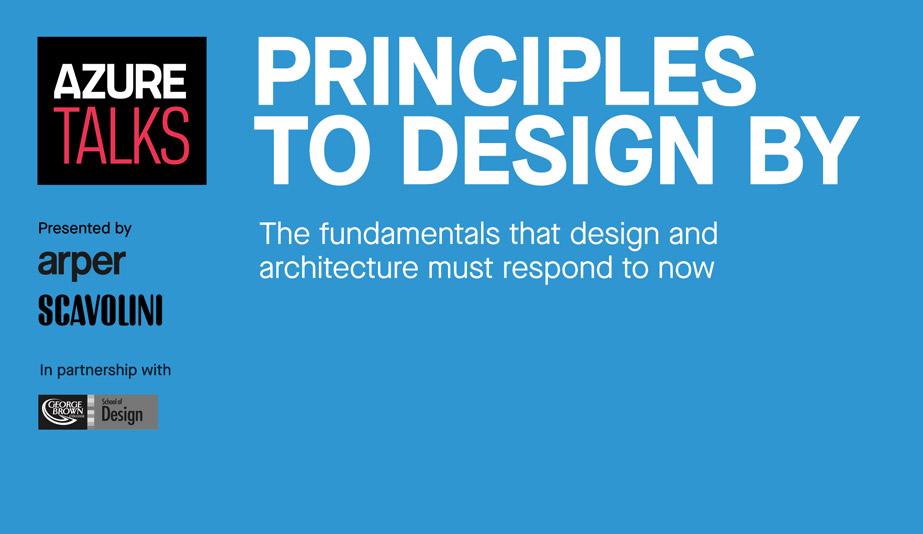 On March 20, the AZURE Talks lecture series returns with the panel discussion “Principles to Design By.” Taking place at George Brown’s Waterfront Campus in Toronto, the talk will feature five past and present AZ Awards jurors delving deep into the core ideas and ambitions that drive their cutting-edge work. The evening event is bound to ignite a meaningful conversation about how architects and designers view their roles and responsibilities – both to clients and the broader society.

Experts in the fields of landscape architecture, interior design, architecture, and furniture and lighting design, the AZURE Talks panelists are:

London-based designer Michael Anastassiades creates bold, poetic lighting that exists at the threshold of art and design. His work is a perennial must-see at Milan and London design weeks. Since setting up his studio in 1994, he’s also created furniture and accessories – which, like his light fixtures, are energized by his unmistakable aesthetic of elemental shapes and volumes – for both his eponymous label and international brands like Herman Miller, Salvatori, Nilufar and Svenskt Tenn.

Megan Torza is a partner at DTAH, the firm behind such beloved Toronto projects as Artscape Wychwood Barns and Evergreen Brick Works, where she has blazed a trail by leading on the design and implementation of numerous urban farmers’ markets, affordable housing and park pavilions. One of her major projects: the ongoing visioning study for an innovative urban farm and therapeutic greenhouse at the University Health Network.

Since 2002, when he founded Rojkind Arquitectos, Michel Rojkind has been attracting global attention for his cutting-edge sensibility, and this in turn has helped shine a spotlight on contemporary architecture in his country. His most recently completed project is a jaw-dropper: the majestic, sculpted-from-concrete Foro Boca in Veracruz, which will be the future home of the Boca del Rio Philharmonic Orchestra. It’s featured in our March/April 2018 issue.

Claire Weisz is a founder of WXY, the New York firm that has set the benchmark for civic pride­-inducing public projects and urban design. In the past two years alone, the firm has made utilities sexy with its salt shed and garage for New York’s sanitation department and brought back the Rockaways beachfront with its post-Sandy boardwalk renewal design.

As the founding principal at Studio Munge, Toronto interior designer Alessandro Munge has been creating award-winning hospitality, restaurant and residential interiors for over 20 years. Munge’s passion and diverse perspective is expressed in every project, most recently with The William Vale Hotel in Brooklyn, New York. The firm won first place in the 2016 IIDA Design Competition for Lago restaurant in Las Vegas and its design of Vancouver’s Hawksworth was a finalist in the 2014 James Beard Foundation Awards.

Tickets for AZURE Talks are available here for $20. This lecture qualifies for one ConEd structured learning hour (a certificate will be provided upon request, post-event, by email).