BarberOsgerby’s Ascent in London
The London duo's latest work, on display at the Haunch of Venison last month, was an investigation into the more poetic side of design – an exploration of lightness, air and flight. 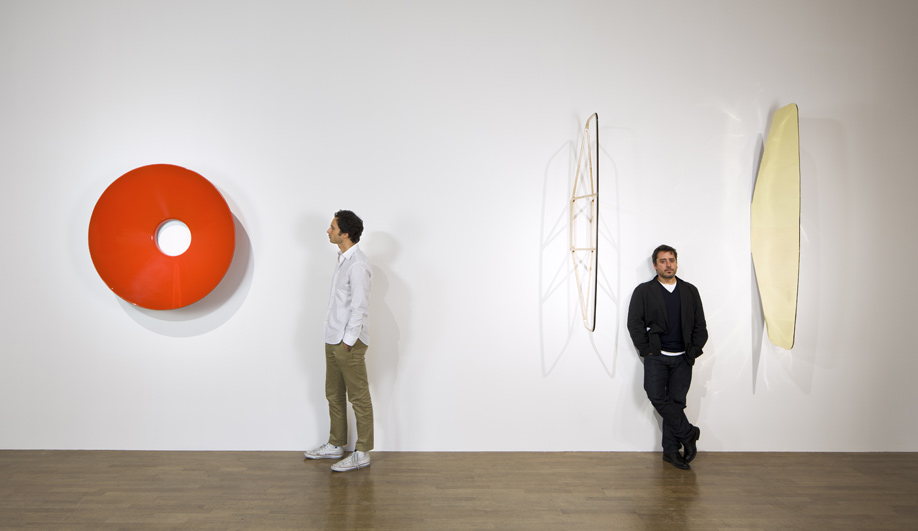 Edward Barber and Jay Osgerby at Haunch of Venison 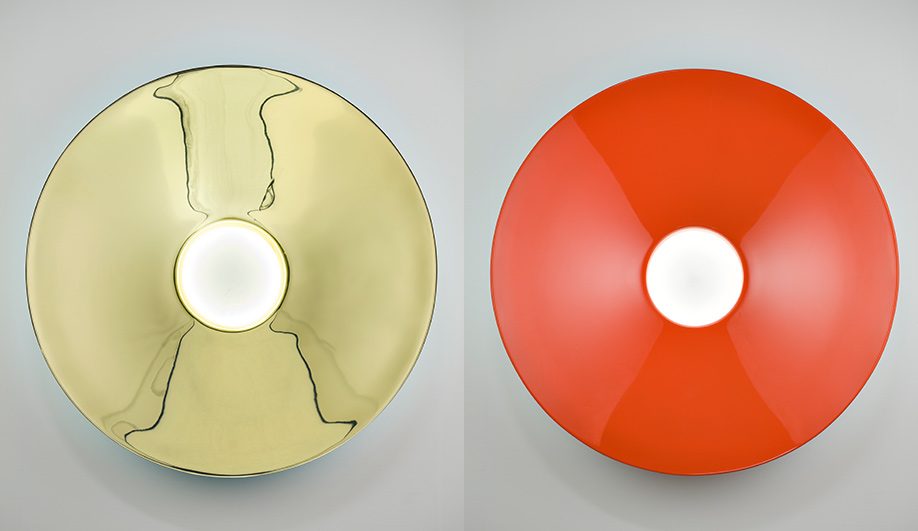 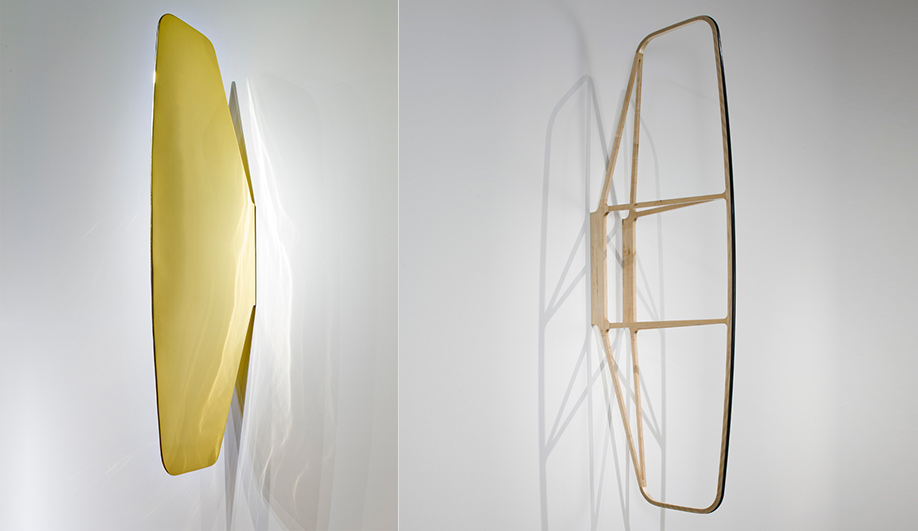 The designers were inspired by wings, both natural ones and airplane wings 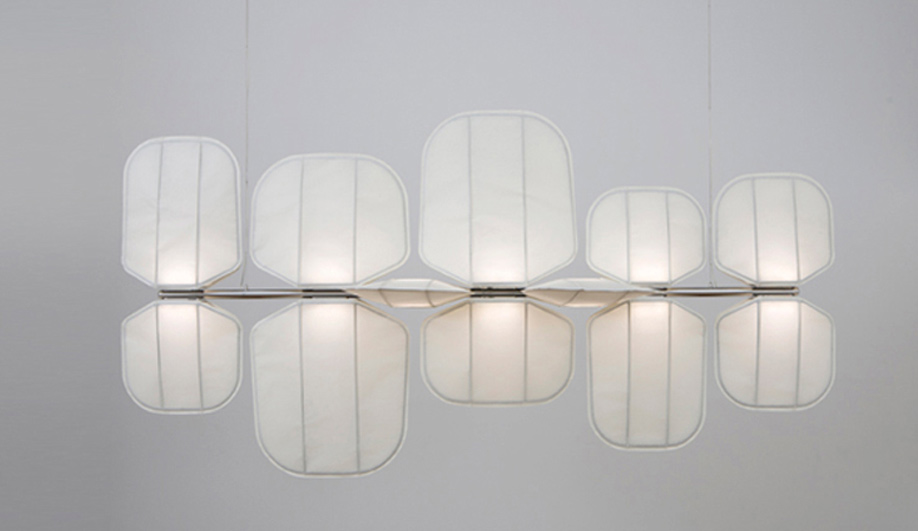 Paddle-shaped segments are covered in Japanese paper and illuminated inside 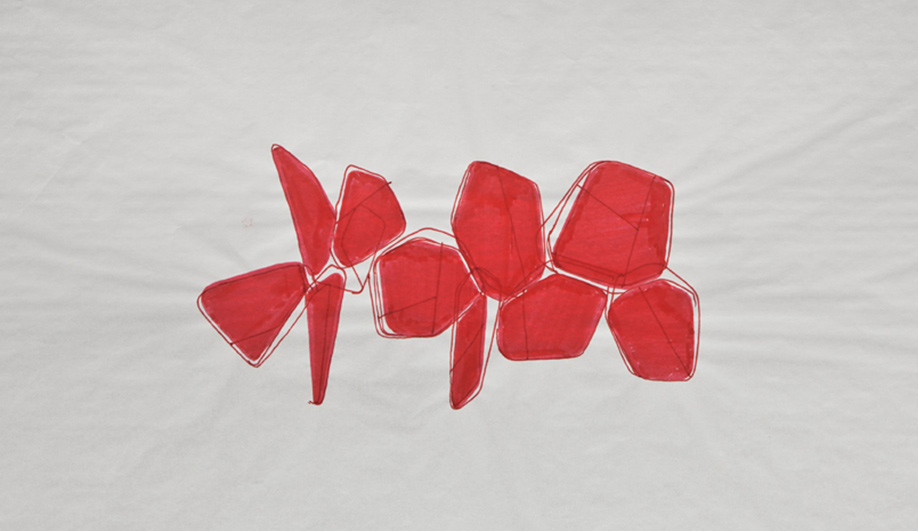 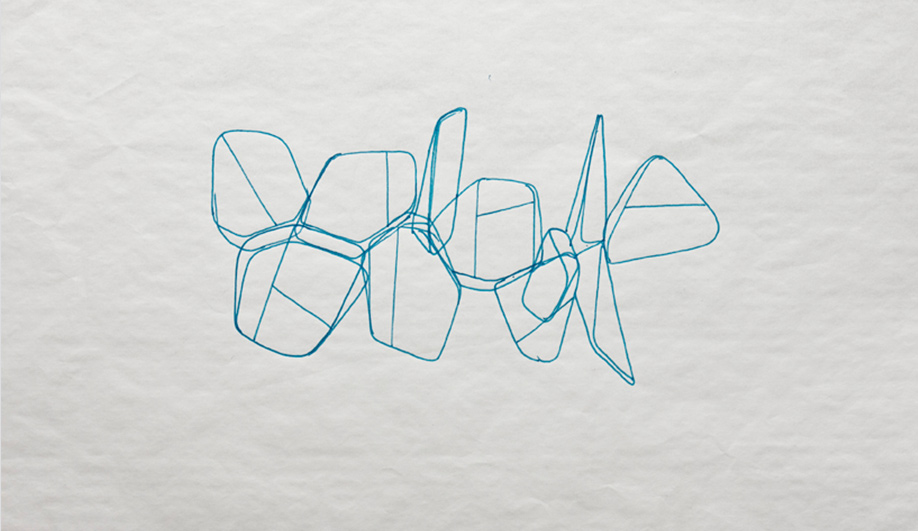 Called Ascent, the exhibition was held at the Haunch of Vension during the London Design Festival, and consisted of eight large works that oozed beauty and only a touch of functional practicality. In one large room the duo hung four wall-mounted pieces, three of which looked like the wings of butterflies made of slightly beveled brass and polished to a highly reflective surface.

One was mounted to the wall horizontally and read as a mantelpiece, while the other two were hung vertically – a clear sign they were meant to be admired primarily for their surface elegance and stellar craftsmanship.

Just as elegantly simple, the fourth objet d’art was a large red-enamelled circle that dipped at its centre into a concave shell. A hidden ring of tiny LEDs is embedded to gently illuminate the middle hole.

Edward Barber and Jay Osgerby have worked as a team since the early 1990s when they first met while architecture students at the Royal College of Art. They founded their studio BarberOsgerby in 1996 and now work with some of the biggest manufacturing firms including Flos, Cappellini, Coca-Cola and Levi’s. Their creative process is now so automatic and intertwined that they can no longer distinguish whose ideas is whose. Even their drawings are co-authored works of art.

Both share an interest in subtle gestures that make ordinary things seem altogether unique. The Tip Ton chair for Vitra is just one example. Launched at the Salone du Mobile in Milan this spring, it is a somewhat ordinary straight-back chair but with a small lift at the back leg that suddenly changes the stagnant seat into an animated chair that rocks forward and back.

The works that make up this recent exhibit are just as subtle. In another room are two chandeliers made up of eight and 14 segments respectively, and each segment is also shaped like wings, though with a more paddle-like form. Covered with translucent Japanese paper, they look like clusters of small clouds floating through the room.