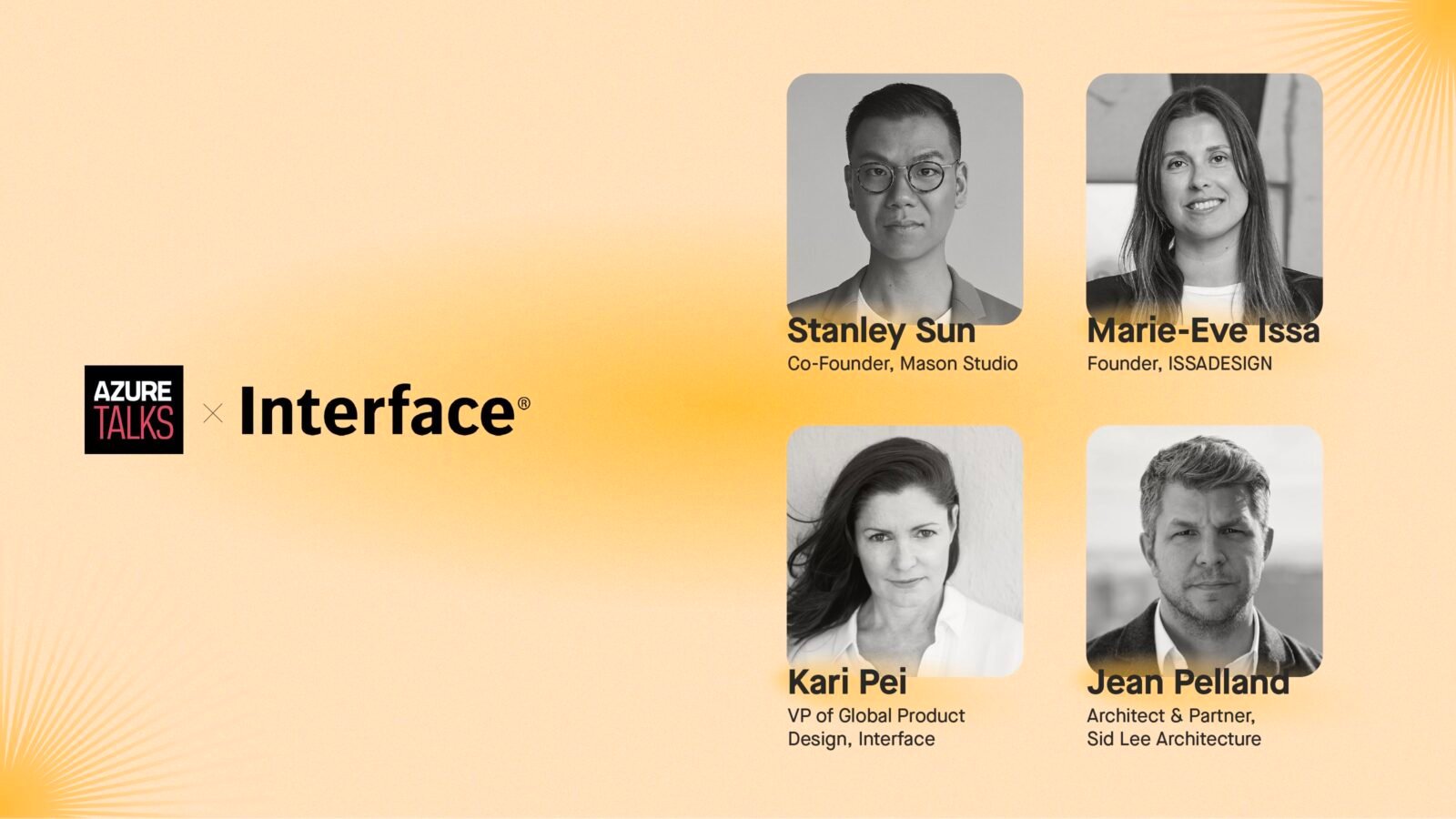 How to Design a Biophilic Office: 5 Highlights from AZURE Talks

After all, true biophilic office design is about much more than just using patterns and motifs inspired by flora and fauna — it is about looking to nature as a blueprint for how natural systems work, and integrating that knowledge into environments that are both healthful and sustainable at every scale. Biophilic offices have also been proven to help employees feel more inspired and be more productive.

Watch the full conversation below!
Here is our recap of a few key takeaways: 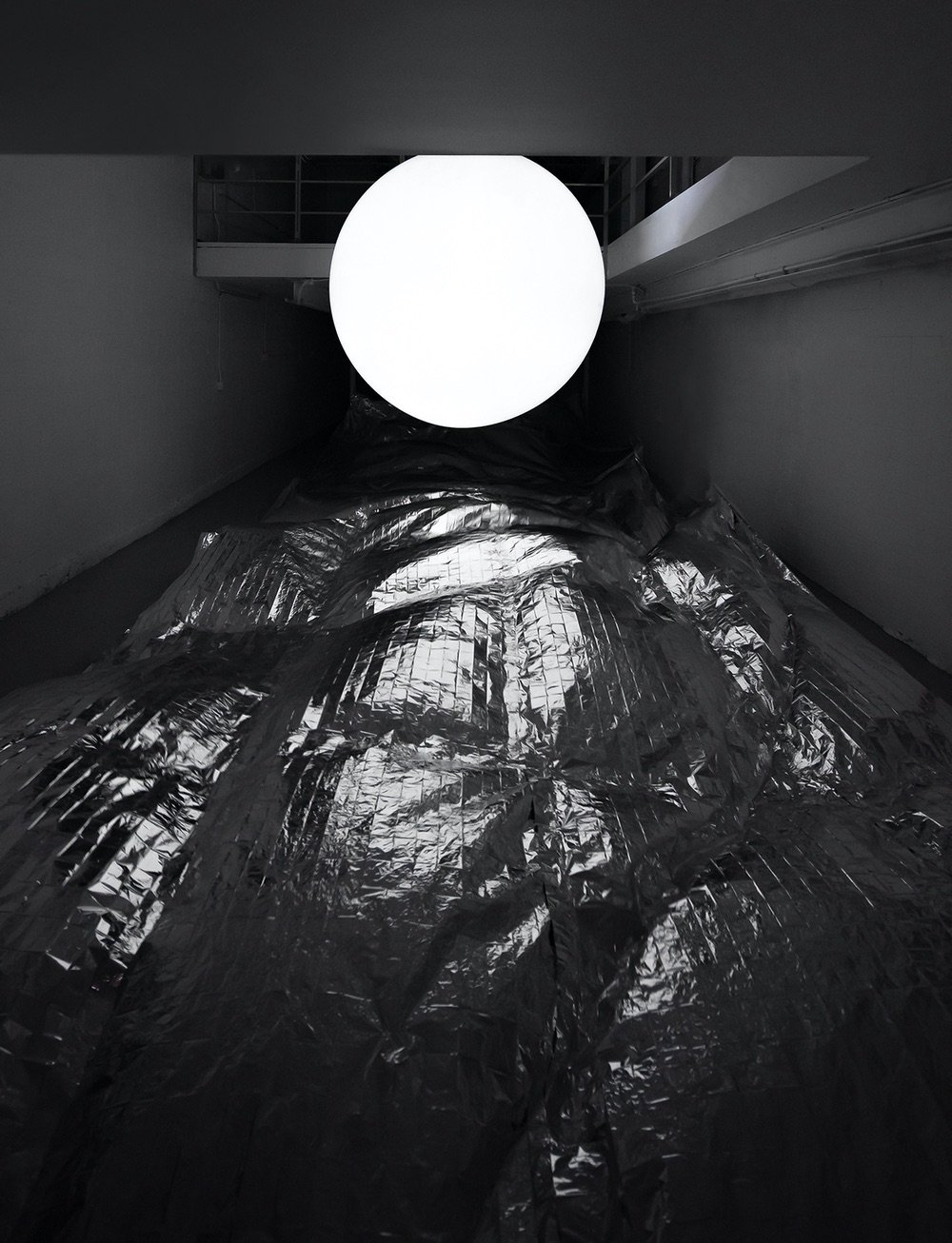 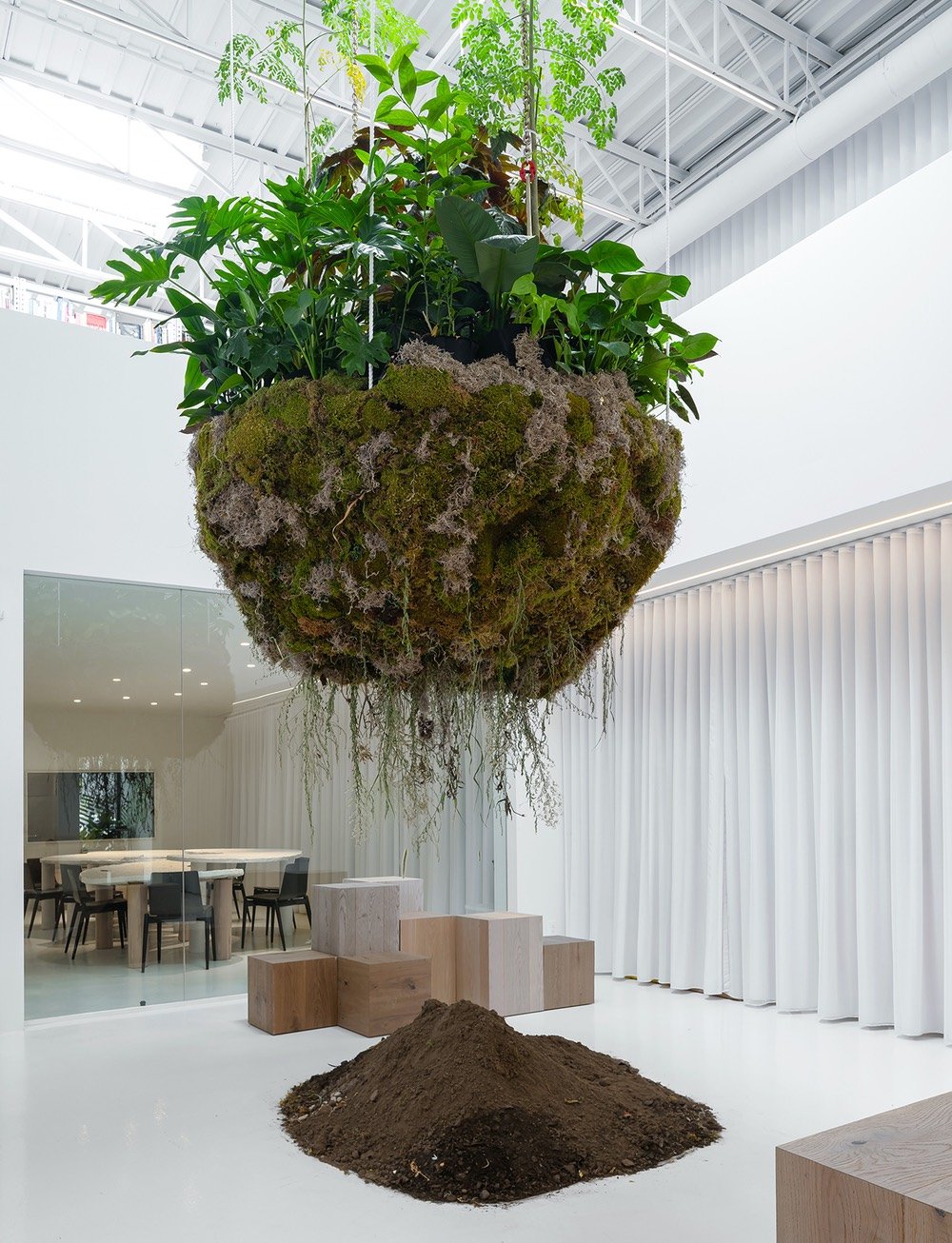 1
Cultivate moments of calm
“We have never seen a plant or animal reinvent itself just because it’s bored. There’s something quite beautiful in that idea of slow evolution.”
Stanley Sun, Co-Founder, Mason Studio

Stanley Sun (featured in the video starting at 04:36) began by showcasing two biophilic design installations that Mason Studio recently built in its Junction-area office-slash-gallery. One of these installations recreated the look of a moon over a lake, while the other suspended a floating island of greenery from the ceiling.

Sun also discussed some of Mason Studio’s retail and restaurant projects, stressing the importance of recognizing these spaces as workplaces within their own right. By incorporating elements of nature into back-of-house areas as well as front-of-house zones, Mason Studio improves the wellbeing of both employees and customers. For a restaurant located in a busy mall environment, Mason Studio took inspiration from the horizon to introduce a datum line that delineates the busy seating area below from the upper portion of the space that was kept deliberately calm. 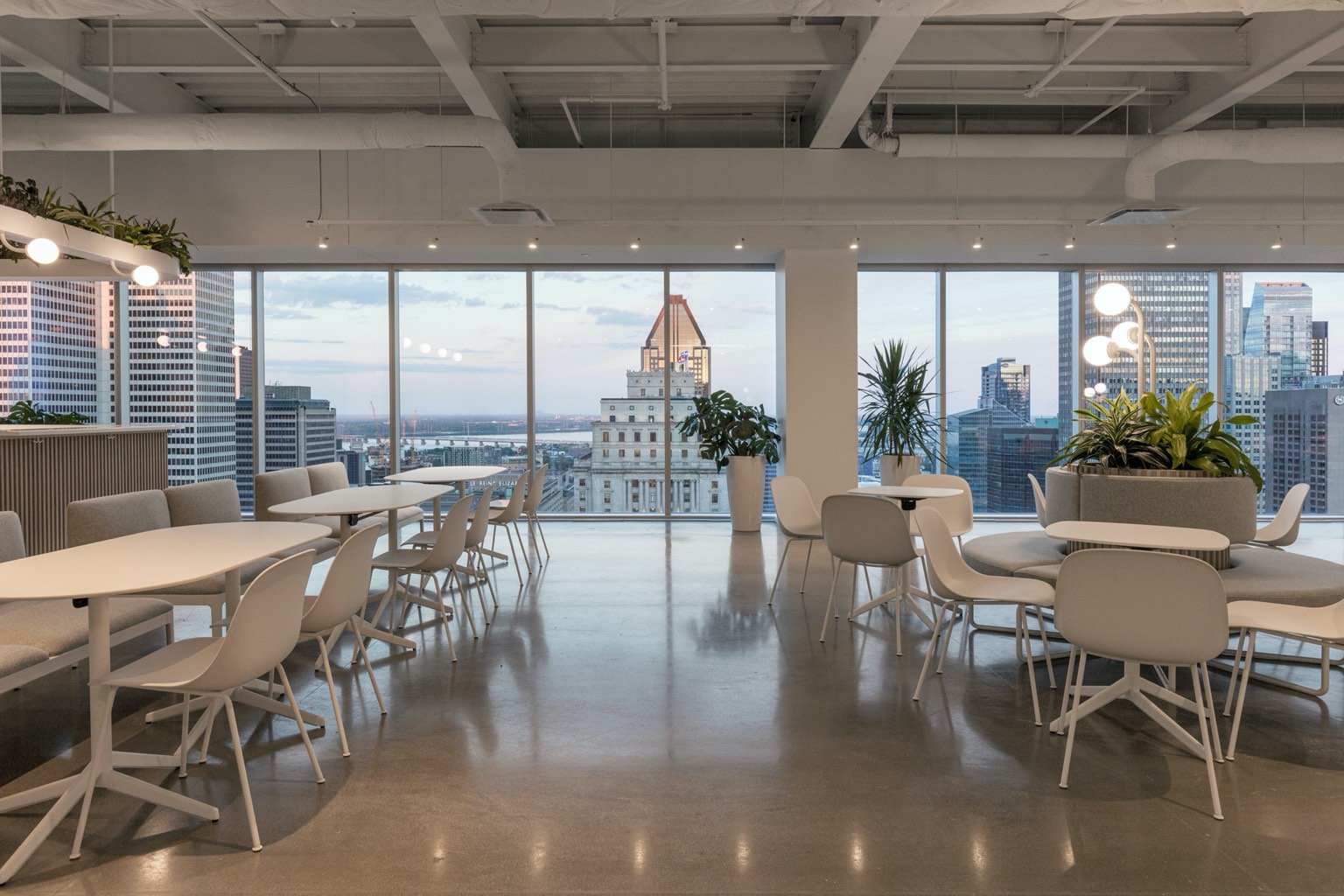 2
Define places of refuge
“We have an innate desire to observe things without being seen, and the use of wooden slats strengthens that sensation of refuge.”
Marie-Eve Issa, Founder, ISSADESIGN

Up next, Marie-Eve Issa (who speaks at 19:25) showcased several of ISSADESIGN’s biophilic office designs that work to balance direct and indirect experiences of nature.

Touring the audience through an office design for Montreal AI company Behavox, Issa discussed developing a layout that prioritizes the space’s views of Mount Royal and the St. Lawrence River, plus using organic shapes and textures as a way to define clear pathways and moments of refuge. She also previewed two upcoming projects, including one for activewear company Tefron. 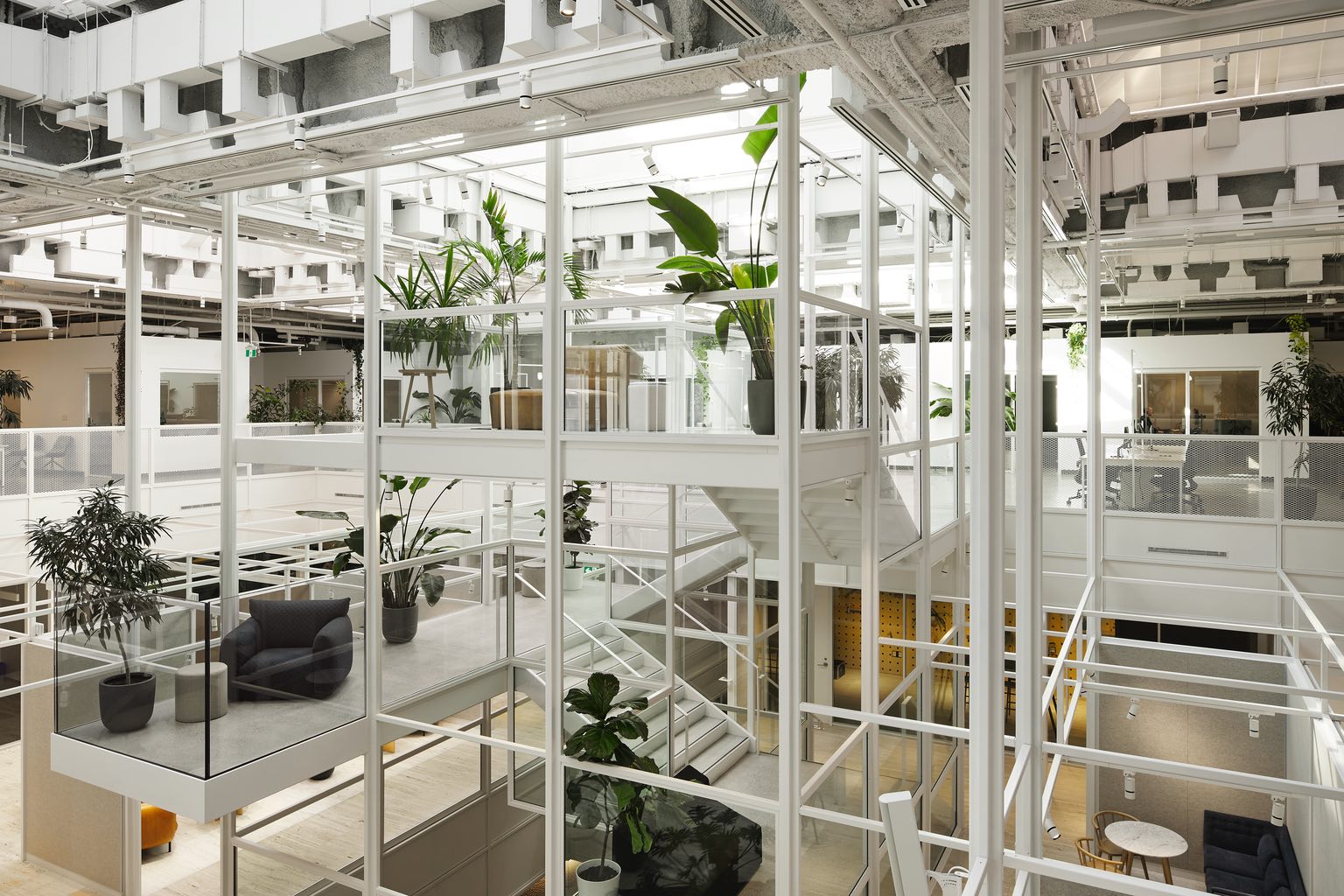 “Do we really need a new building to be built, or can we improve existing projects by applying natural concepts?”
Jean Pelland, Architect and Partner, Sid Lee Architecture
3
Rethink existing spaces

Jean Pelland (who arrives onscreen at 29:55) took the stage next, addressing the many different scales that Sid Lee Architecture works at — from the big-picture realm of urban and landscape design all the way down to office interiors. First, he presented conceptual designs that the firm prepared for the C40 competition, which invites entrants to envision low-carbon urban developments that transform under-utilized city sites. 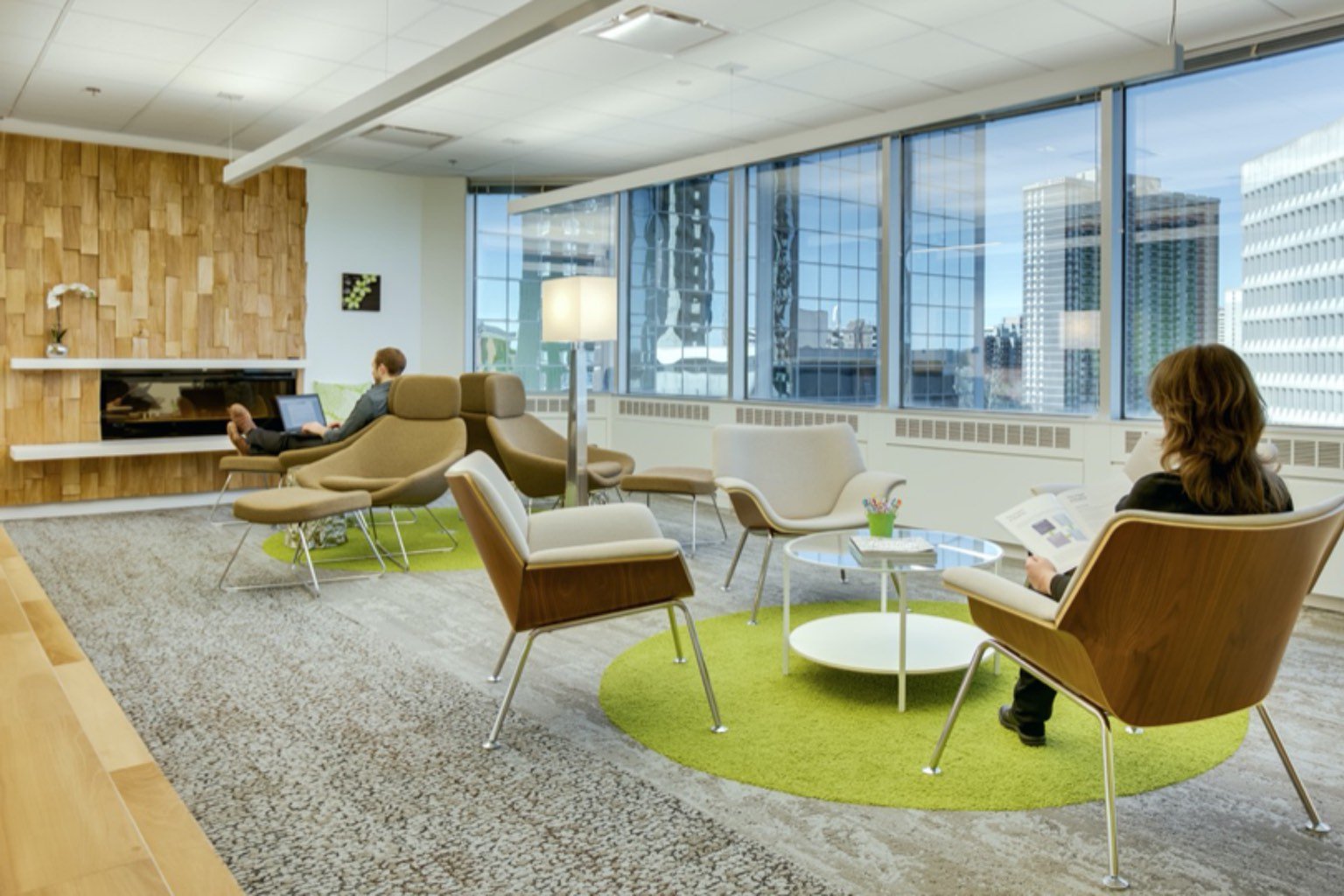 For the day’s final presentation, Kari Pei (46:04) discussed Interface’s biophilic journey and the ways that the company has worked to translate ideas from nature into its flooring products. One of the points that she discussed was the idea of recreating the natural diversity of textures and patterns found on the ground in a forest. This informs Interface’s no-two-tiles-alike approach to flooring, which is evident in its explicitly organic collections like Beaumont Range, but the same principles also inform more geometric collections like Rising Signs.

From there, she discussed Interface’s expansion into LVT flooring, and how the company is working to embrace lessons from nature across different manufacturing techniques.

5
Consider connections to health and sustainability

In the roundtable discussion that followed their individual presentations (beginning at 58:04), the panelists returned to several main themes that connect their work, discussing the pandemic’s impact on office design, the link between sustainability and biophilic design and the various ways to assess the success of healthful spaces. They also elaborated on light and shadow as additional elements of biophilic design.

Rewatch the full webinar above, or find it on Vimeo. Thank you to everyone who tuned in!