Can Cages Be Fun?
Since April, an installation titled La Cage aux Folles has occupied the courtyard of Materials & Applications in Silver Lake, L.A. Designed by architect Warren Techentin, the yurt-inspired structure doubles as a jungle gym for curious kids. 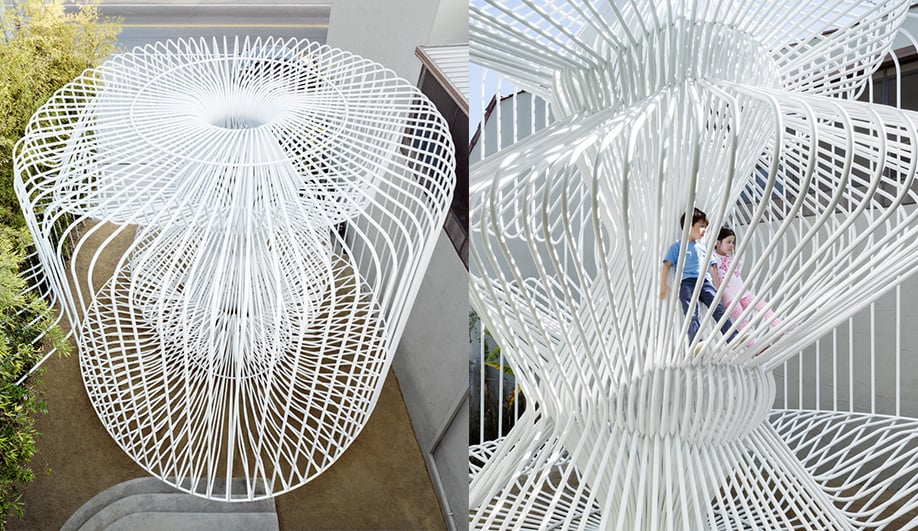 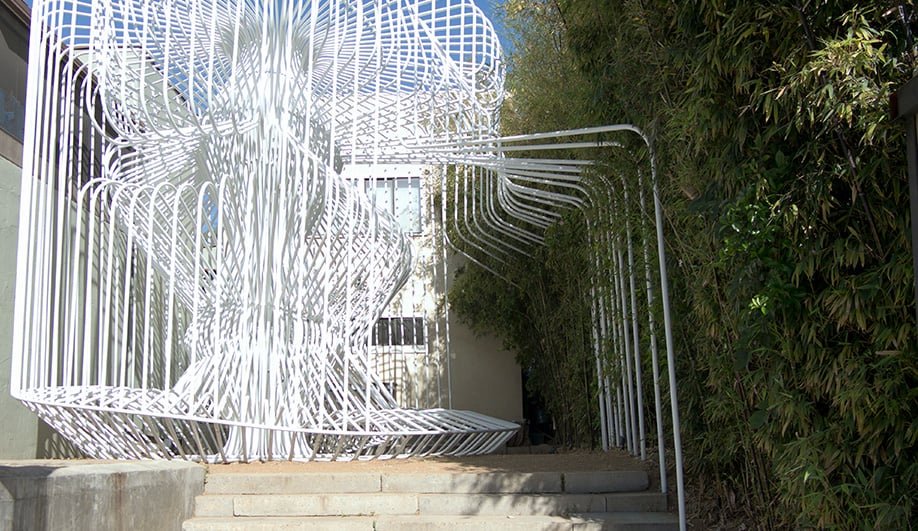 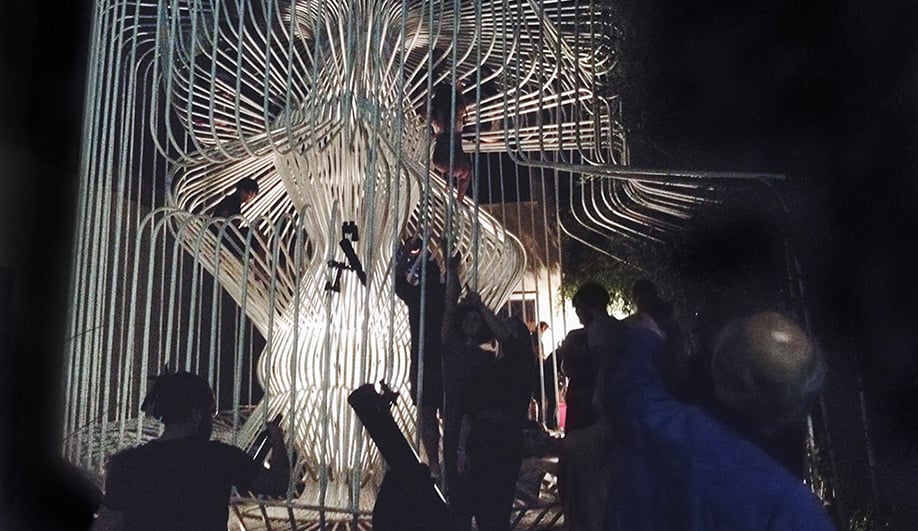 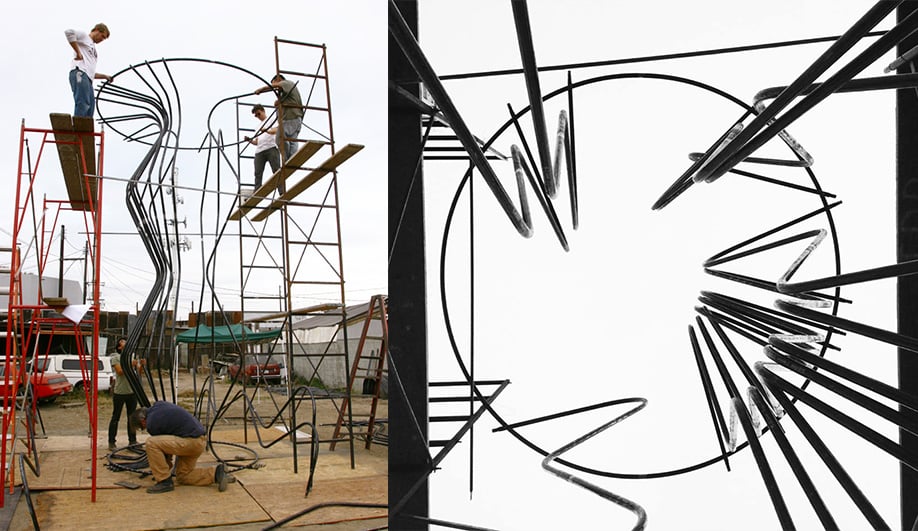 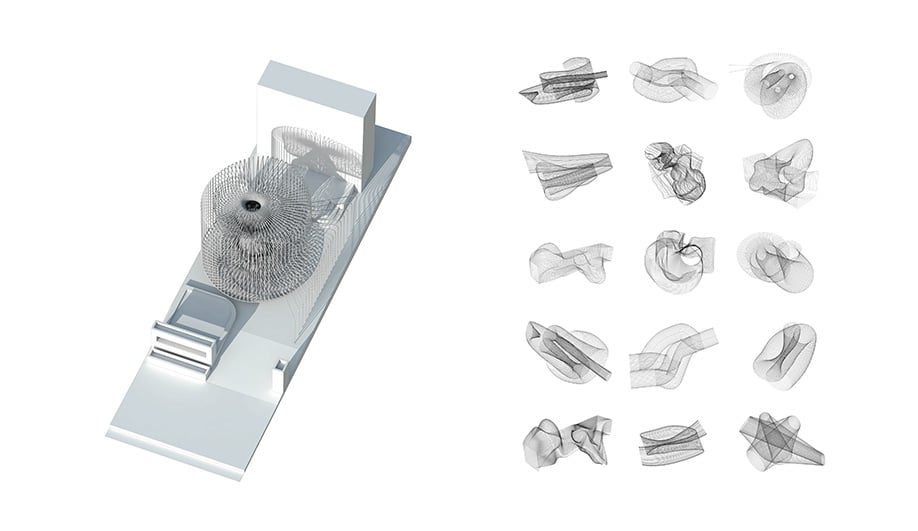 Made from 346 individual pipes, the behemoth La Cage aux Folles sculpture is based on a loopy pattern generated by algorithms, and according to its designer – Warren Techentin of WTARCH – its bulbous form was inspired by the construction of Mongolian yurts. The ancient form of architecture fans out identically sized rods from a central core to create a sturdy structure.

But La Cage aux Folles doesn’t function as a dwelling. Its sinuous shape invites kids, and anyone else, to gain a foothold and climb all over it. As local blogger LA I am yours reported, the effect is like a “frozen fountain caught as it gurgles upward.”

Techentin sees even more metaphors in his project. He compares the internal space at its core to the entrapped environment of Victorian birdcages, though of a human scale; and he also sees it as akin to garden sculptures, known as follies, designed to create focal points among the flora and fauna. It also reminds us of Warren Platner’s iconic Knoll furniture, similarly made of hundreds of welded cylindrical steel rods.

Various performers have taken over La Cage since it went up in April, including dancers and musicians who have used the sculpture as an instrument. It has also hosted a soundscape comprised of Saturn’s rings as recorded by NASA’s Voyager I and II, complete with a telescope to view the planet while you listen.

La Cage aux Folles will remain at Materials & Applications throughout the summer.