A Concrete Cube Strikes a Modern Note in Switzerland’s Oldest City
A concrete-clad addition to the Bündner Kunstmuseum in Chur, Switzerland, brings a modern intervention to the historic city. 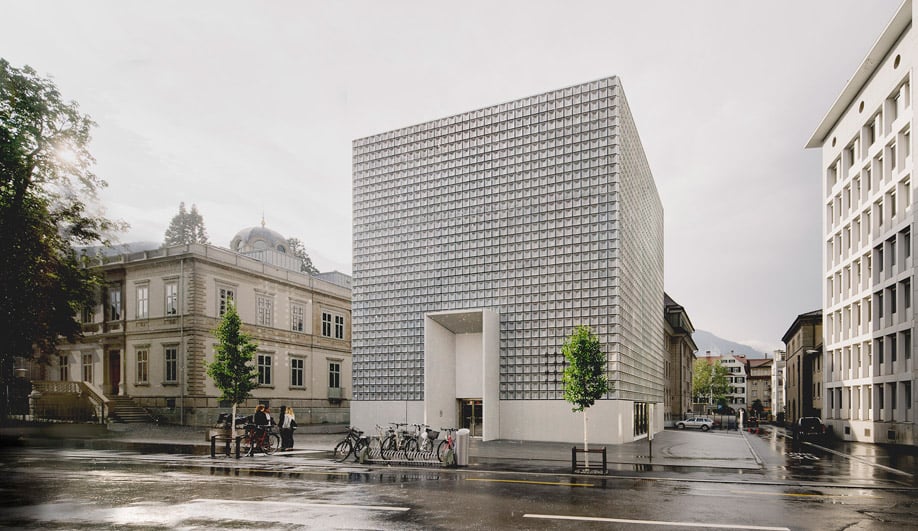 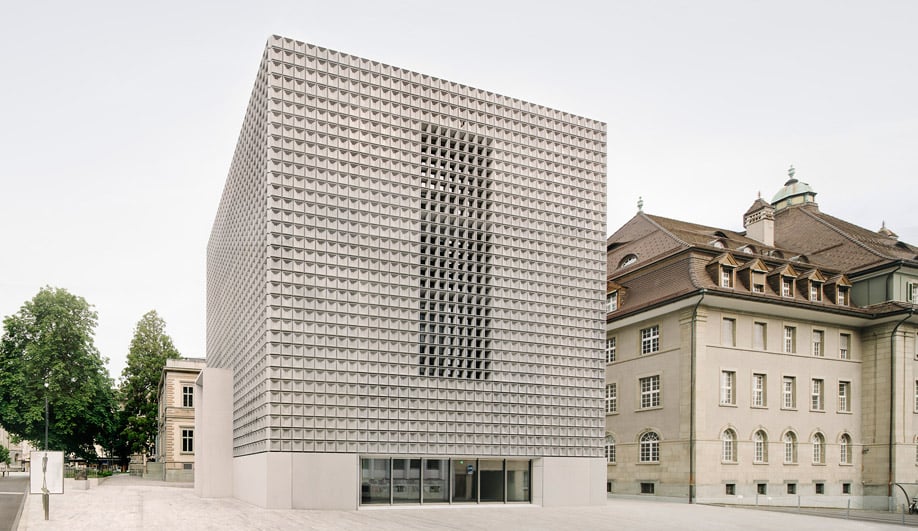 History looms large in Chur, Switzerland’s oldest city. Once a provincial capital of the Roman Empire, it features a landscape of archaeological sites and ancient cathedrals. Amongst centuries’ worth of heritage architecture, a minimal concrete cube has emerged at the city centre. Appearing as a stand-alone intervention, the building is in fact an addition to the neighbouring Bündner Kunstmuseum, and connects to the arts museum’s existing home, the Palladian-style Villa Planta, via underground galleries.

Fabrizio Barozzi and Alberto Veiga, of Spanish firm Barozzi Veiga, riffed on the surrounding buildings to create an engaging dialogue between old and new.” It was crucial that the building’s response to its site would enhance the cultural life of the city,” Veiga says. “We were trying to recover the character of this area and create a building with a sense of context, but with meaning on its own. It’s very expressive – not a shy building.”

The museum’s grid of concrete blocks in varying depths interacts with environmental conditions including light and rain.

The extension’s clean architectural form highlights the ornate detail of the intricate geometric facade. “The villa is full of harmony and ornament inside,” Veiga says. “We wanted to explore the idea of ornament in a new way.” The firm worked closely with Swiss concrete fabricator Sulser to develop and test prefabricated concrete panels composed of grids of fibre-reinforced square blocks, each with three ascending levels of depths. When the blocks are read as a whole surface, the elevations become strikingly monolithic and jewel-like.

“It is like a bas-relief,” Veiga says. “Depending on the season and time of day, the depth [of the blocks] and material is expressive in different ways.” The surface interacts with environmental conditions including light, shadow, rain and wind to constantly transform the visual experience of the building. On rainy days, for instance, the concrete absorbs the moisture and darkens in unexpected patterns, depending on the angle from which the rain makes contact. A clear rever-ence of place, temporality and history manifests in the facade, lending a quiet complexity to this building, which will surely deepen the cultural life of this ancient Swiss town for a long time to come.