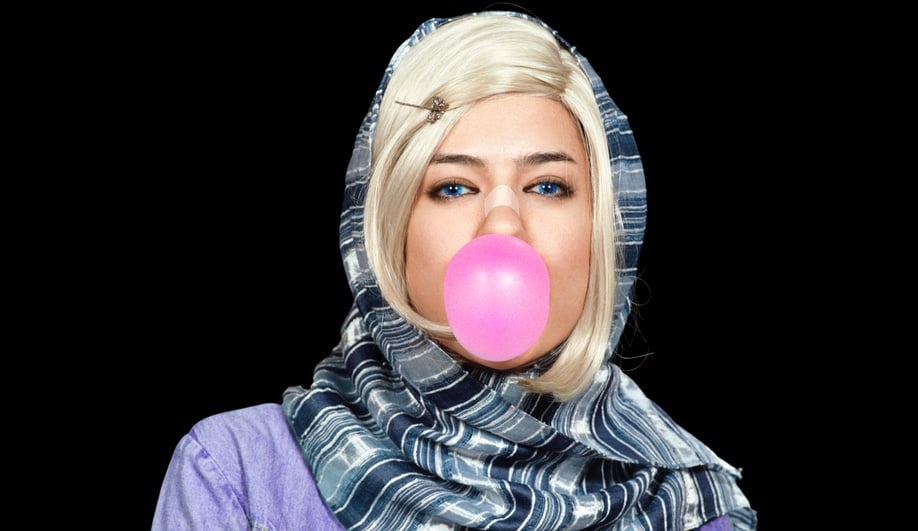 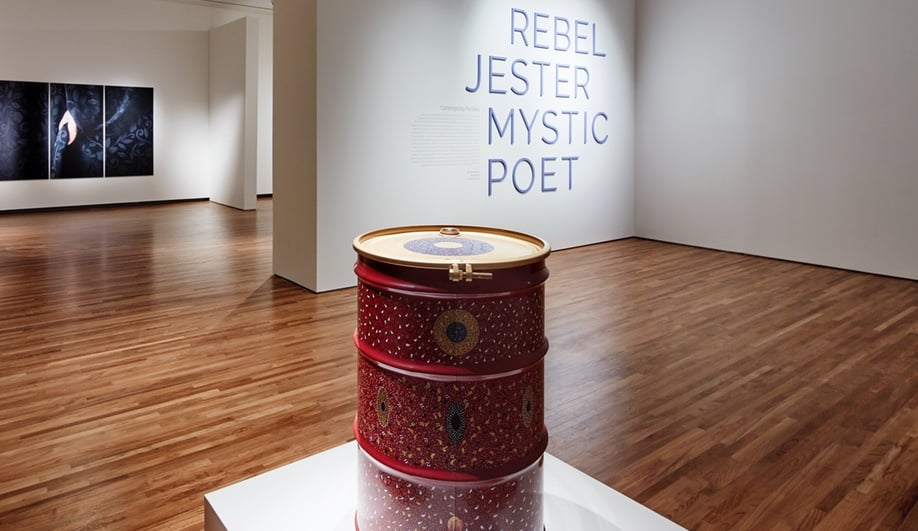 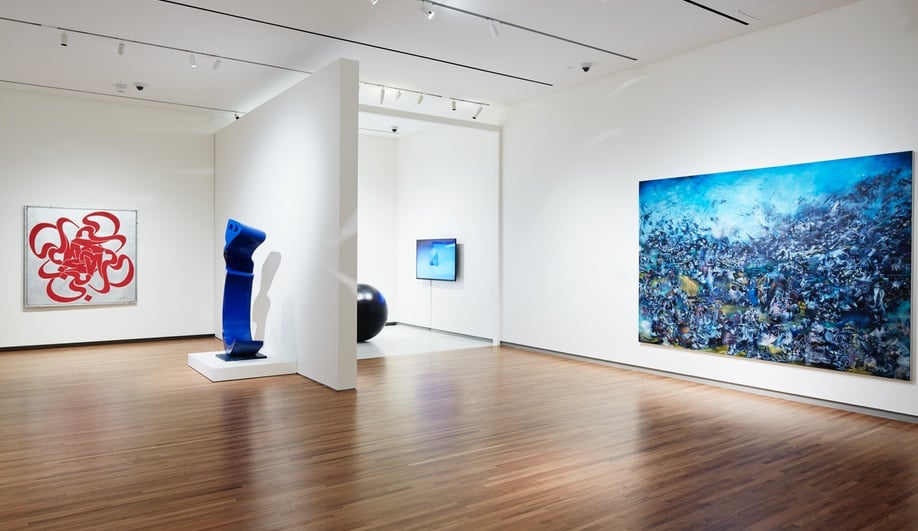 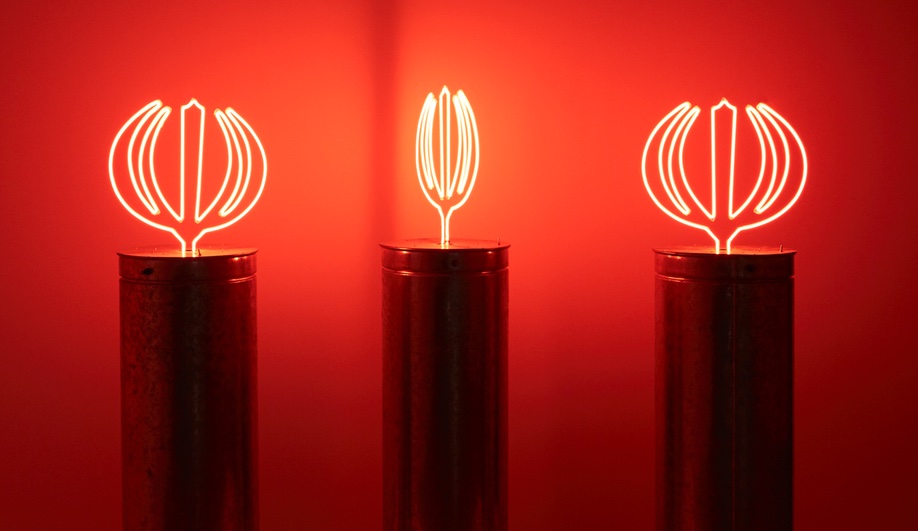 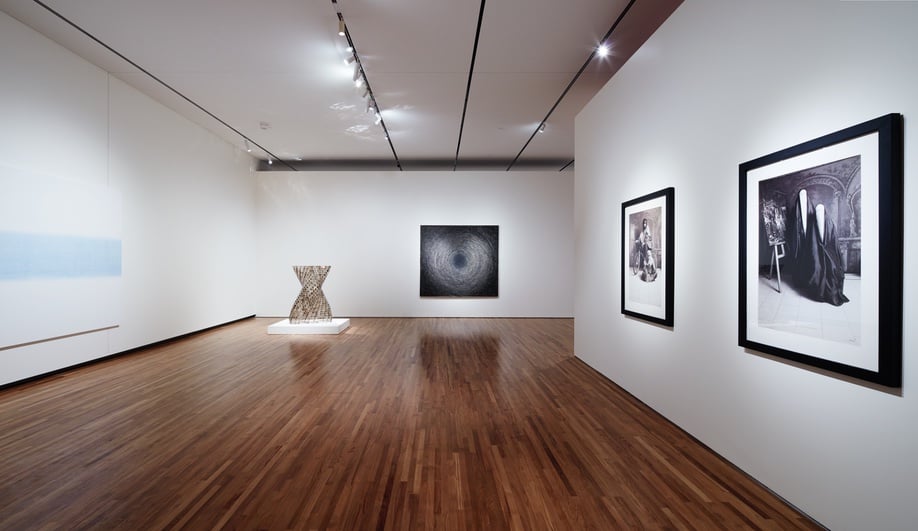 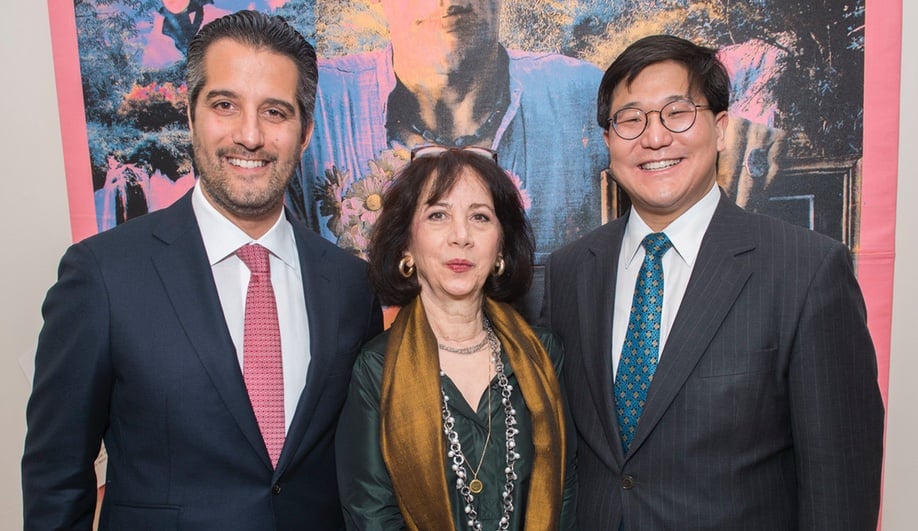 It was only coincidence that Contemporary Persians opened at Toronto’s Aga Khan Museum a mere week after U.S. President Donald Trump ordered a travel ban against citizens of seven nations, including Iran. The timing has deepened the significance of the exhibited works, and the themes they explore.

“This show lets you see what’s on the minds of Iranian artists and Iranians. It tells you about the rich vibrancy of their culture. It has thrived, in spite of all the restrictions, inside and outside,” says curator Dr. Fereshteh Daftari. “We didn’t purposefully create it for what’s happening today. But today’s events do bring up the necessity of showing the richness, the vibrancy of a culture that’s been so demonized.”

That demonization, along with internal circumstances (including the 1979 revolution) that have informed ways of life in Iran, are the dominant narratives explored in the works that comprise Contemporary Persians. Selected from the 400-piece private collection of Mohammed Afkhami, a British-Iranian art collector, the 27 works span painting, photography, sculpture, and video. All were made well after the revolution, with the oldest work of art dating back to 1998.

What unites them thematically, Daftari explained during a tour of the exhibit, is their humanity. Employing humour, criticism, spirituality, and poetry, each artist explores what it has meant to be Iranian in the last 25 years, and what that identity looks like in a global context. Daftari named the exhibition accordingly; her use of the term ‘Persians’ instead of ‘Iranians’ was deliberate.

“Around the time of the hostage-taking in 1979 or so, Iranians who were living abroad, in order to distance themselves from the Islamic regime, they called themselves Persians,” Daftari said. “Iran was known to outsiders as Persia, but the real name has always been Iran … I kept the name Persian because there was this idea of camouflage, of subterfuge. And camouflage is a strategy that many of Iranian artists have employed in their art. What you see is not always what you think you see.” 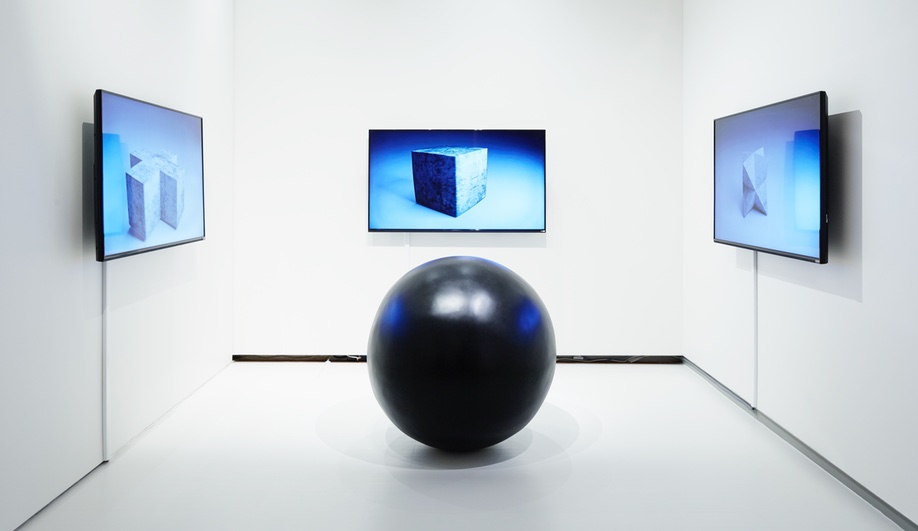 For instance “Becoming” is a sculpture and video installation by Morteza Ahmadvand. Three flat screens surround a large black fibreglass sphere. On each screen, a different religious emblem appears: a cross for Christianity, a Star of David for Judaism and a Kaaba for Islam. Walk away too quickly and you’ll miss each symbol morphing slowly, imperceptibly into a universal sphere.

Other works are more pointed in their commentary. “Terrorist: Khosrow” by Khosrow Hassanzadeh is a pop art-inspired silkscreen featuring a self-portrait surrounded by idyllic images of the artist’s family, flowers and the countryside. Attached to the canvas is a certificate, with text identifying the artist as a terrorist:

“This work was made in 2004. Here we are in 2017 and this sort of drumbeat continues,” Afkhami told Azure. “Sadly, nothing has changed. It could have been made yesterday.” 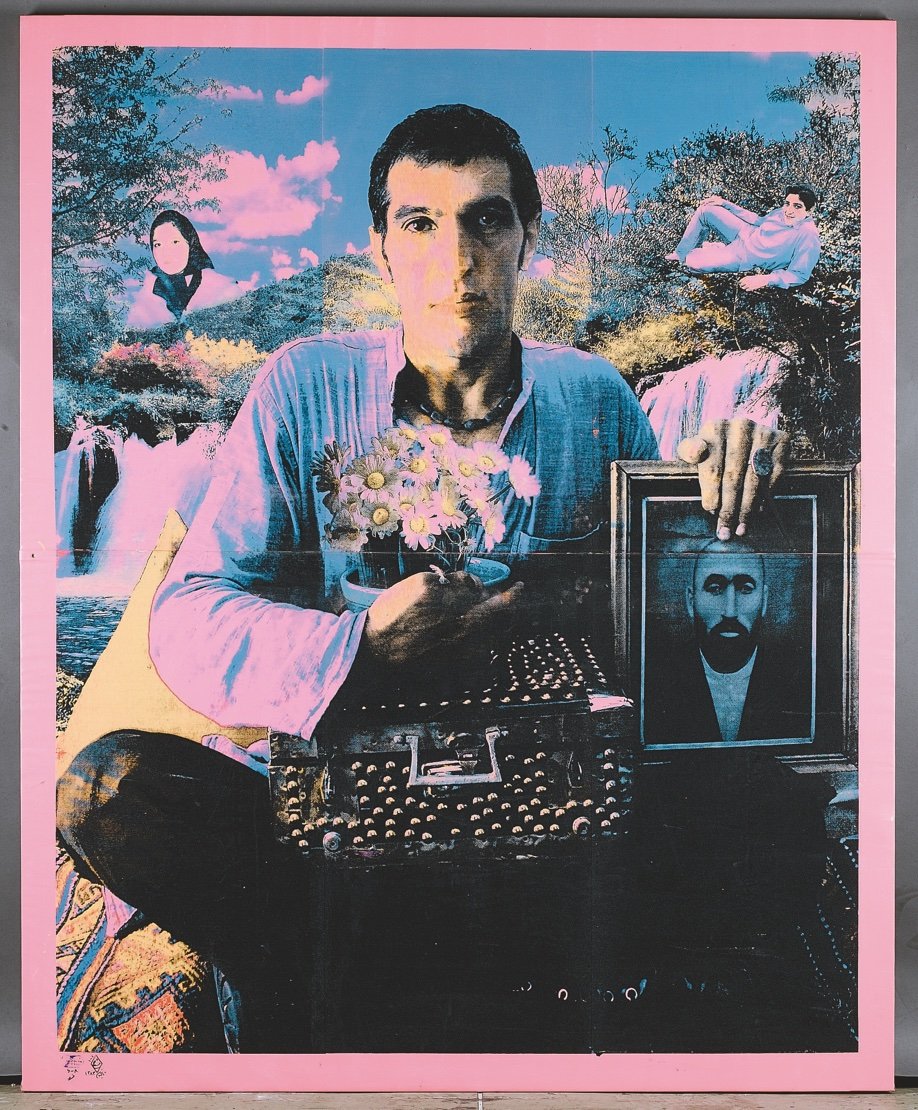 Afkhami comes from a family of collectors. His maternal grandfather built a prolific collection of Islamic art that was disbanded during the revolution; the family recovered only a small portion. Assembling his own collection has been a fulfilment of his family’s vision, Afkhami explains. And during a time where renewed negative perceptions of Iran have dominated media coverage, a public showcase of his Iranian art in North America is meaningful.

“There has to be balance, where you see something much more positive about the country, its true tradition, its rich legacy of art and culture, versus the stereotypical, militant imagery you see if you watch conventional global media outlets,” Afkhami explains. “It’s that much more important now to have this kind of a show. To break down that barrier that’s being put up.” 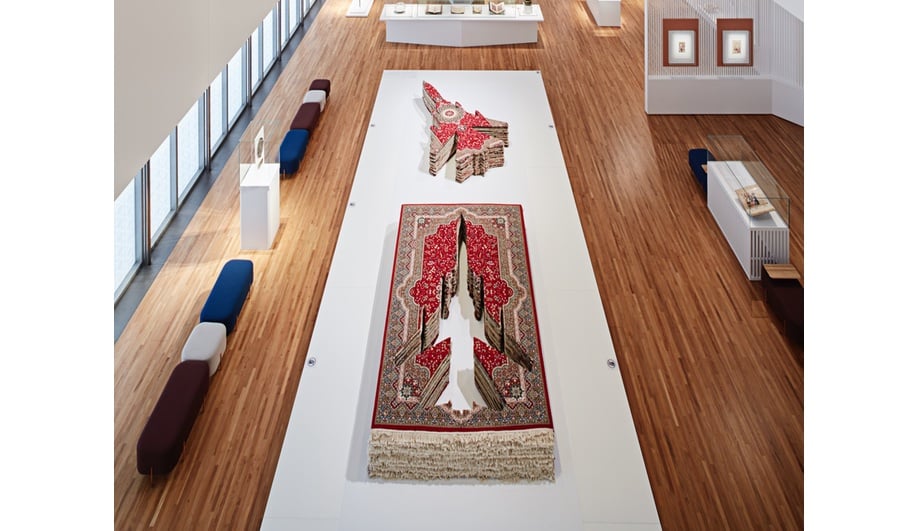 ‘Flying Carpet’, a fighter jet made from 32 stacked Persian carpets, by Farhad Moshiri, 2007.

The new, legal barriers established in the week before Contemporary Persians opened have had consequences for the show. Afkhami travelled to Toronto from the U.S., where he arrived the night before Trump ordered the travel ban. As a dual British-Iranian citizen, he’s been told he shouldn’t experience difficulties but he believes it will come down to the discretion of local officers. Artist Shahpour Pouyan, who has two works in the show, was planning on attending its opening. But he lives in Brooklyn and after the executive order was made, had to cancel his plans. He wrote to Afkhami:

“Dear Moe. I’m so sorry, I can’t leave the U.S. I’m a green card-holder and it means that I am in prison for the next 90 days. I am shocked and I don’t know what to do for my next show. I am so sad and confused right now. Good luck with the opening and thank you for your support.”

“Without sounding too much like ‘we are the world,’ the reality is that there’s much more that brings us together than what takes us apart. These sort of shows highlight that,” Afkhami said. “My view is that now we must charge ahead to make sure that this show specifically tours the U.S. before it makes its way back to the middle east.”

Rebel, Jester, Mystic, Poet: Contemporary Persians is on view at the Aga Khan Museum in Toronto until June 4. After that, there are plans for the show to travel to several venues in the U.S.