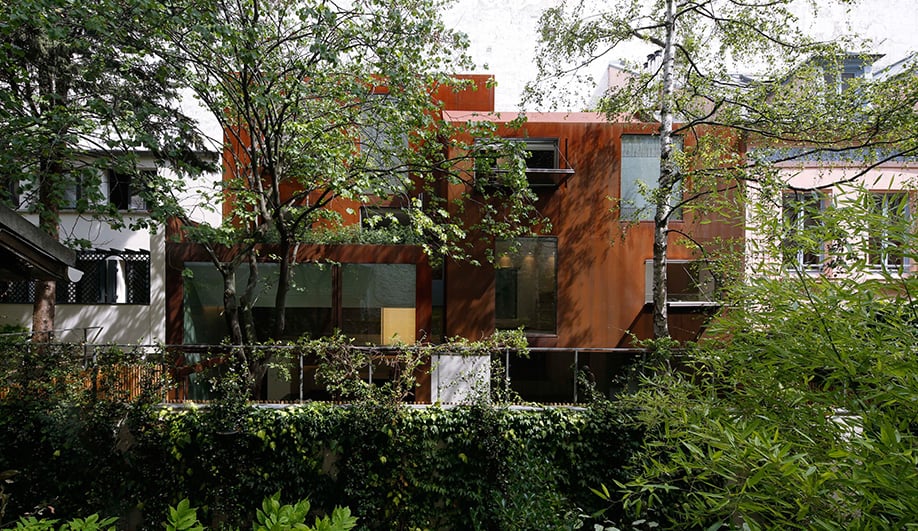 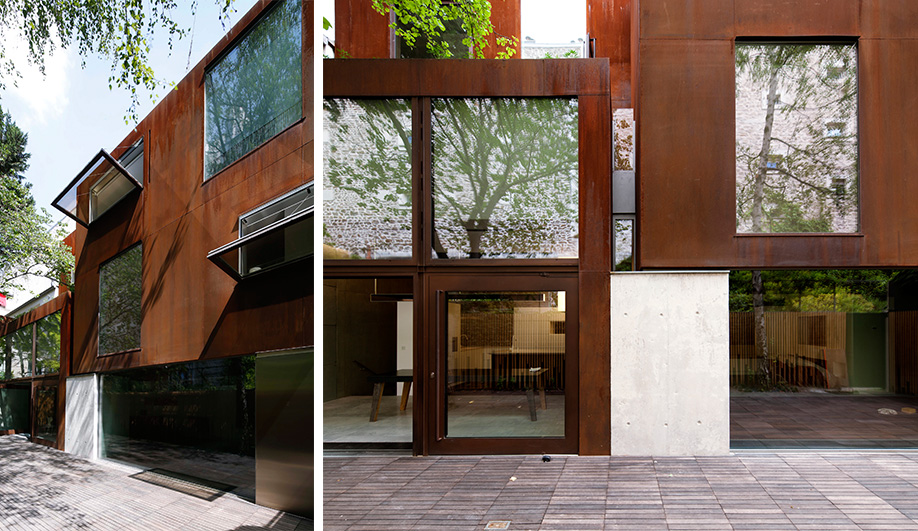 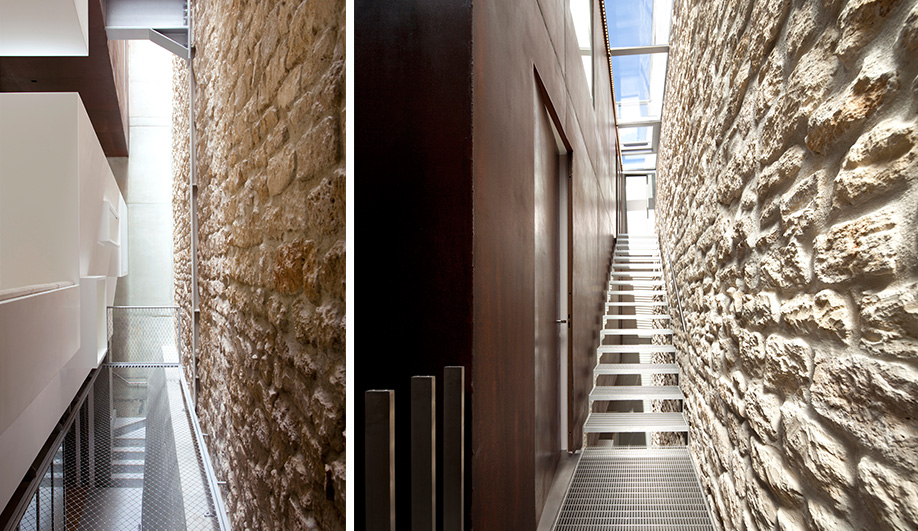 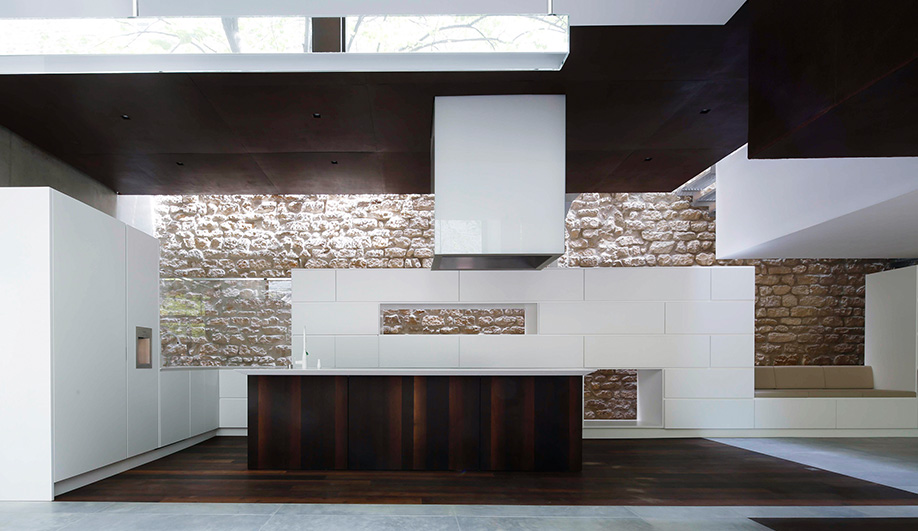 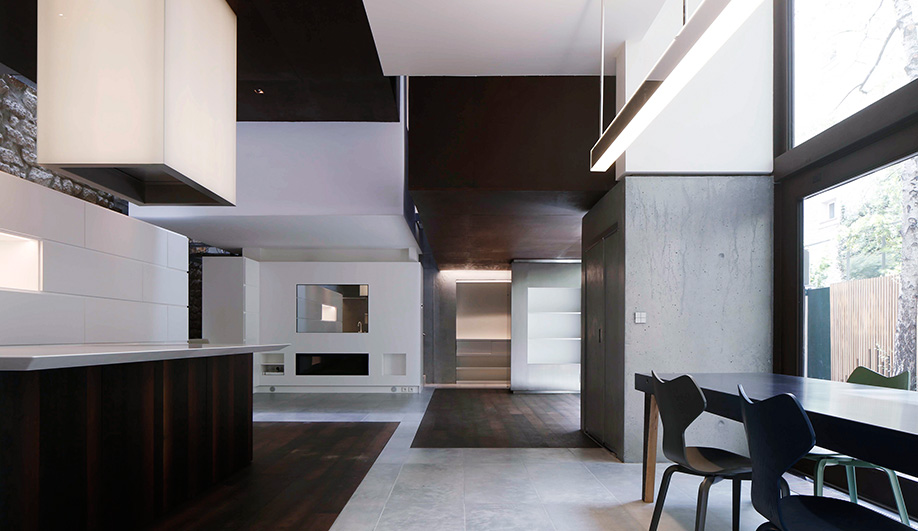 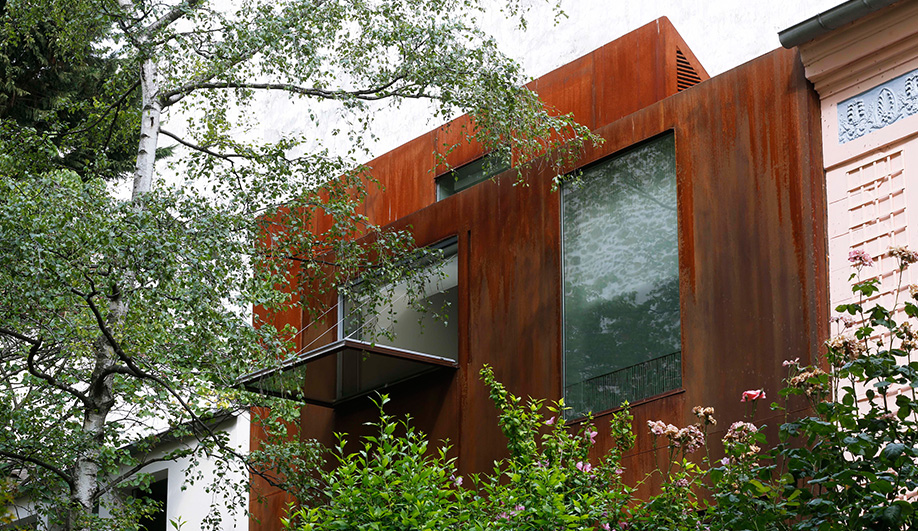 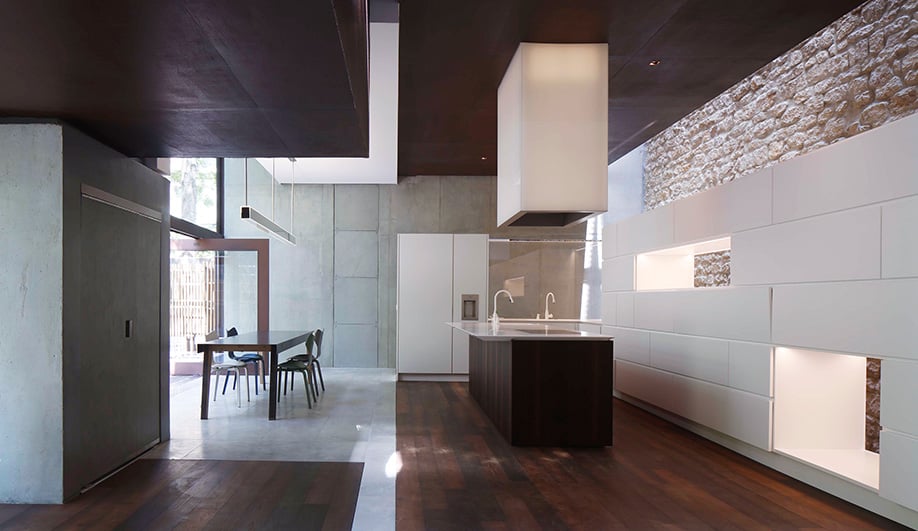 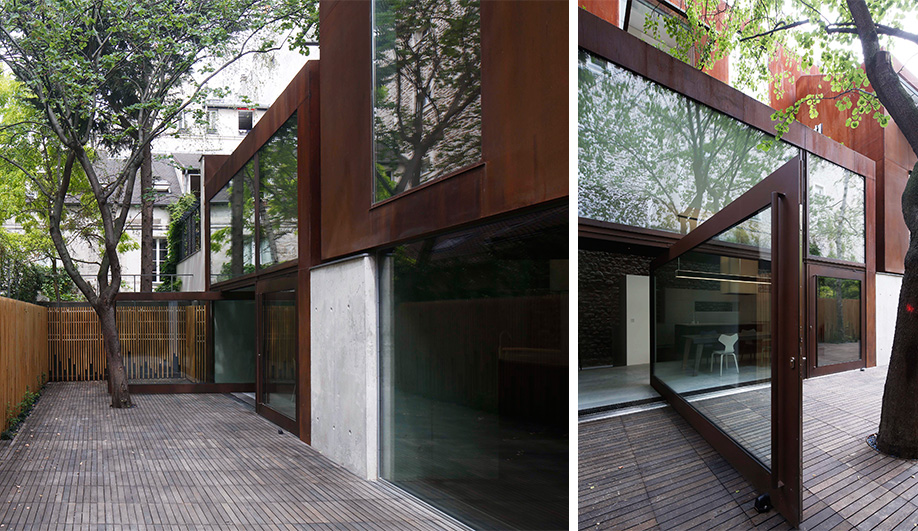 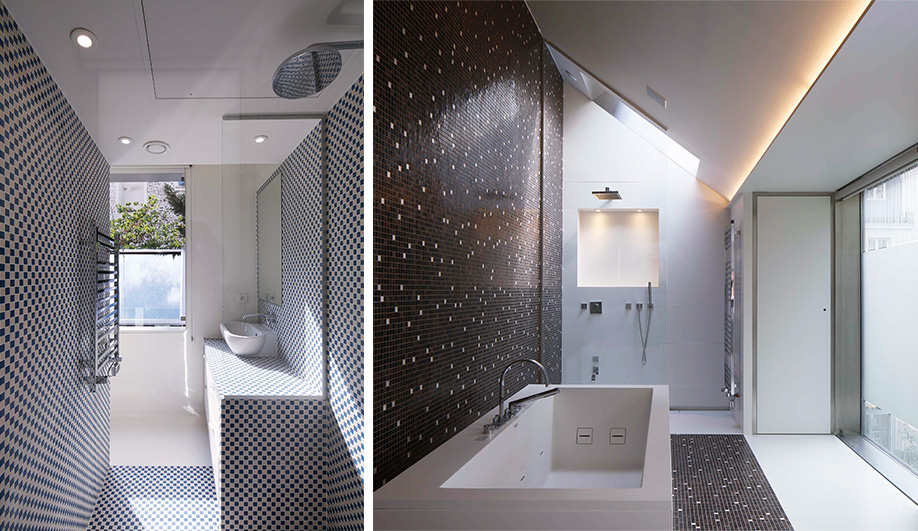 Carving out a little bit of private space in a dense urban environment is a common struggle for city dwellers. When the neighbourhood is in a city as old as Paris, there are other elements to contend with in addition to available space: streetscapes steeped in historic and varied typologies, an elaborate mix of materials, finishes and facades. Wanting to insert a modern home in such a richly textured environment, Paris architect Jacques Moussafir used Corten cladding for its patinated aesthetic.

Tucked into a courtyard in the Bastille area, the single-family home was designed to feel slightly removed from the sounds and hectic pace of the streets. Situated on a 108-square-metre footprint, the house consists of a series of three cubic volumes whose arrangement forms a staggered façade, so that different parts line up with the exteriors of the two neighbouring houses. Carved into the steel, expansive glazed voids provide ample natural light, and a strong connection between indoors and out. Some are fixed, while others open reverse-awning style; and all the outer window frames were treated to a Corten-coloured paint to create a seamless look with the metal.

In an interesting move, Moussafir left a portion at the rear of the house open to expose the old masonry wall of the neighbouring building, making it a part of the interior. Covered at the top by glass, the resulting gap contains a metal staircase that accesses all levels of the house. It also serves as a light well by letting sunlight into the house through strategically placed cutouts on the rear wall.

With both the exterior and interior of the house, Moussafir intended to evoke a collage by using the volumes and materials to form “spatial compositions that oscillate between two- and three-dimensional.” In the main living spaces on the ground level, a concrete floor features wood “islands” that mirror the suspended volumes of the rooms above.

In the ground-level dining/kitchen area, a huge pivoting glass door opens to the immaculate back garden, by landscape designers Cao Perrot Studio, creating a true “urban oasis” that feels completely insulated from the bustling street out front.