5 Great Speakers to Catch at DesignThinkers
Don't miss the opportunity to hear over 30 creative visionaries speak at DesignThinkers in Toronto, hosted by the Association of Registered Graphic Designers, on November 6 and 7. Here are our top five picks, including Paula Scher, Jessica Walsh and Richard Turley.

1 Paula Scher, November 6, 4:30PM
Paula Scher is a legend in the world of graphic design. She started out, in the 1970s and ’80s, working for CBS and Atlantic Records, designing iconic album covers for Boston, Cheap Trick, Muddy Waters and Johnny Winter. Then, in 1991, she joined Pentagram’s New York office as a partner. She has applied her vibrant, hand-drawn typography to her now-iconic MAPS paintings – depicting geographic regions small and large – and has created boundary-pushing logos and promotional material for Microsoft, Coca-Cola, the Metropolitan Opera, and the New York City Ballet.

2 Richard Turley, November 7, 9AM
As the creative director of Bloomberg Businessweek, Richard Turley made a name for himself as the genius behind the weekly’s provocative covers. In April of 2014, he left the publication after “accidentally” accepting a job as senior VP of visual storytelling and deputy editorial director at MTV. In his talk, he’ll divulge how that happened, explain the consequences of agreeing to a job he had no idea how to do, and reveal how it’s going.

3 Irma Boom, November 7, 1:30PM
A Dutch graphic designer who specializes in making drop-dead-gorgeous books – including Colour-Based on Nature, and the eponymous wallpaper series for Thomas Eyck – Boom has worked with Vitra, Chanel and Rem Koolhaas on stunning monographs. In 2010, she released a catalogue of her own work in miniature format, one of the most unique books on graphic design ever published. She’ll discuss the opportunities the digital age presents to print traditionalists and how it could spur a renaissance for the physical book. 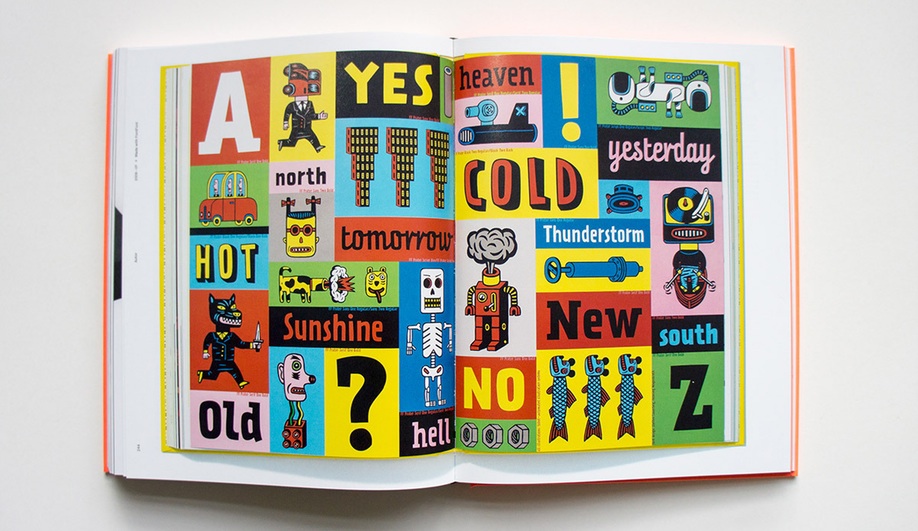 4 Erik Spiekermann, November 7, at 3:45PM
Renowned for his playful type designs and as the “information architect” behind big brands such as Audi, Bosch and Volkswagen, Spiekermann is the creative director of Edenspiekermann, as well as a partner in a small Berlin letterpress workshop. His talk, “Keeping the A**hole Factor Down,” will cover how his firm’s flexible structure, no-pitch policy and presumably laid-back attitude have resulted in happy clients, and a profitable and award-winning business.

5 Jessica Walsh, November 7, 4:30PM
“Creative Play” seems the perfect topic for a talk from Walsh. She is renowned for her personal projects – such as “40 Days of Dating,” a social experiment documented online in which she and her close friend created rules for dating each other – and her work as partner in New York’s Sagmeister & Walsh. The studio gained worldwide attention in 2012 and 2013 for its Happy Show exhibit, which toured to various locations (including Toronto’s Design Exchange). Its recent projects include posters for the School of Visual Arts, where Walsh also teaches, and a game show for Adobe Systems.

DesignThinkers takes place at Toronto’s Sony Theatre on November 6 & 7, and also includes film screenings and workshops at other sites.

SHARE
Twitter, Facebook, LinkedIn, Pinterest, Email
TAGS
Event, Graphics,
AZURE is an independent magazine working to bring you the best in design, architecture and interiors. We rely on advertising revenue to support the creative content on our site. Please consider whitelisting our site in your settings, or pausing your adblocker while stopping by.