The House of Hammocks in Vienna
A public space for daydreaming - Austrian firm Heri & Salli builds a second Flederhaus in the Flugheld Aspern district. 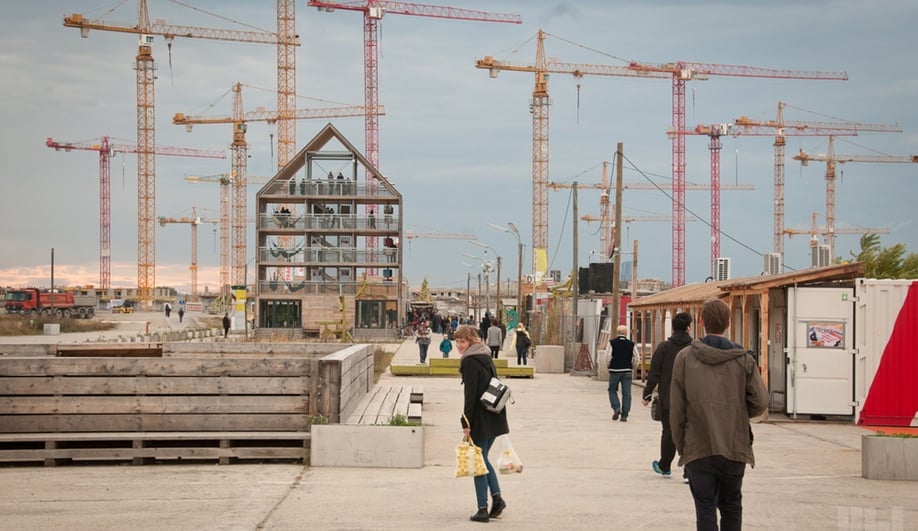 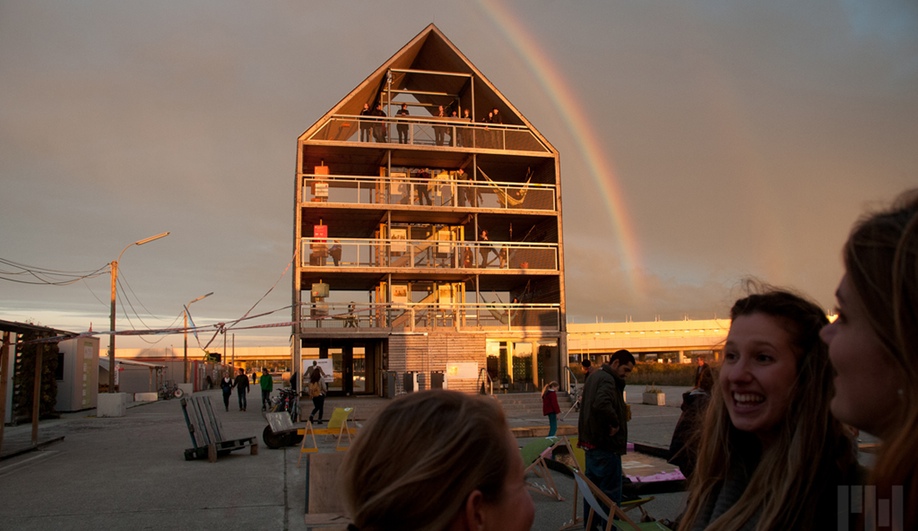 Imagine a public building without a facade, one that invites you to scale its many levels before choosing a hammock to doze away on and enjoy the last days of summer. In Vienna, Heri & Salli has created just that – and it’s the second time they’ve done so. Their new Flederhaus (or “bat house”) is a prefab structure with a gabled roof located in Flugheld Aspern, a district on the outskirts of Vienna that is currently being developed for residential use. The open-air structure rises like a playful symbol, its five levels kitted out with 32 hammocks. It invites locals to walk right in, and lie down while taking in a full panorama of their surroundings.

The first hammock house the firm created was in 2011, in the city’s Museumsquartier. The firm, led by Heribert Wolfmayr and Josef Saller, has been working in architecture for 10 years now, and Flederhaus encapsulates its experimental energy. Describing Flederhaus, the firm explains, “It becomes the enlarged public open space of a vertical structured sphere. It’s a constructed public space with additional value, an oasis for the soul. Staying in a public area is only temporary…a kind of sequence, we give this sequence a permanent setting.”