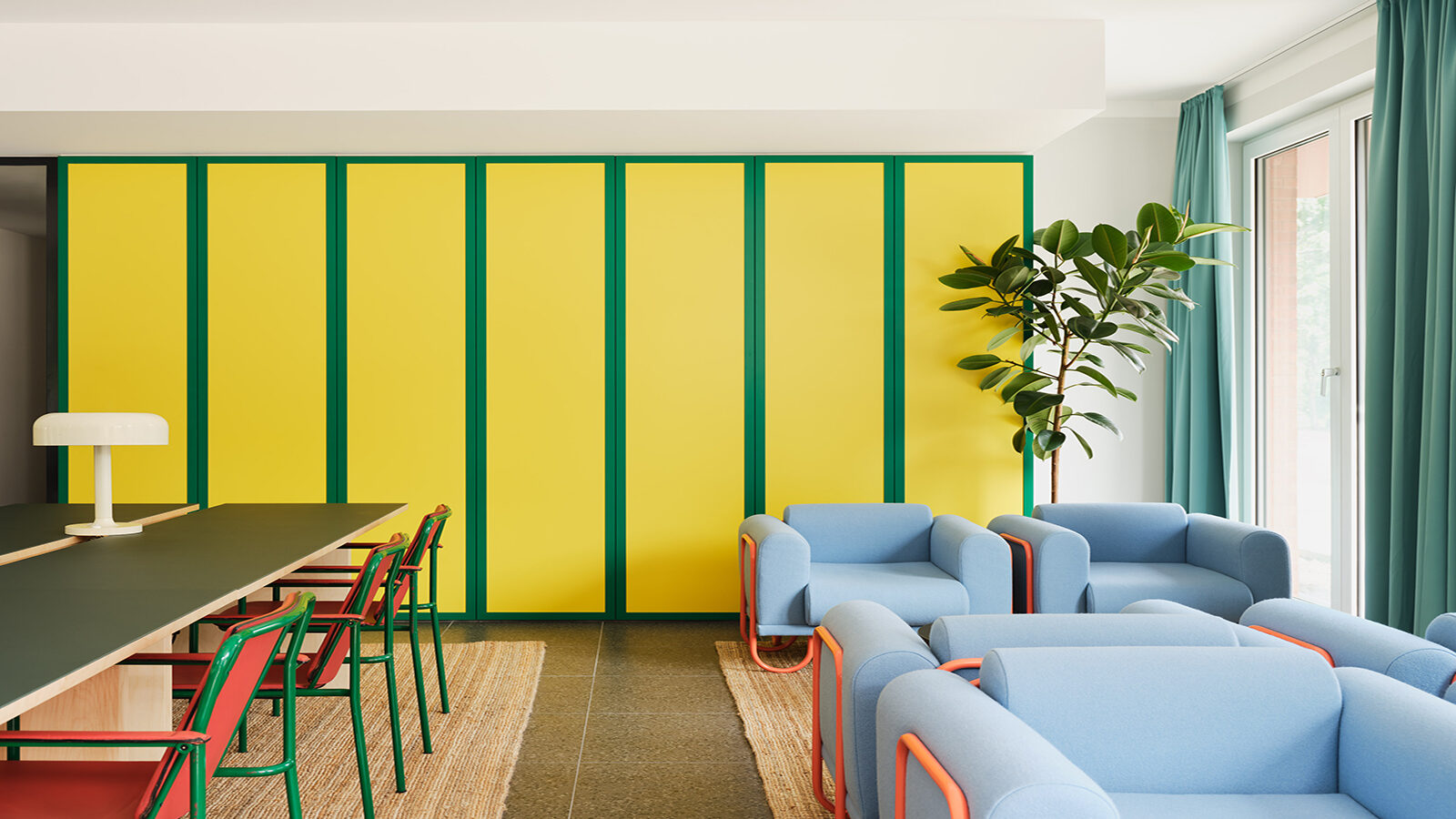 In Berlin, A Student Residence That’s Far from Sterile

Designed with nods to both Bauhaus architecture and neighbouring Kreuzberg’s signature brick façades, the twin red and grey buildings reflect their heterogeneous surroundings. Connected by a landscaped courtyard, they each also establish a connection with the nearby Intelligenzberg Park — and of course, Bard College’s campus. 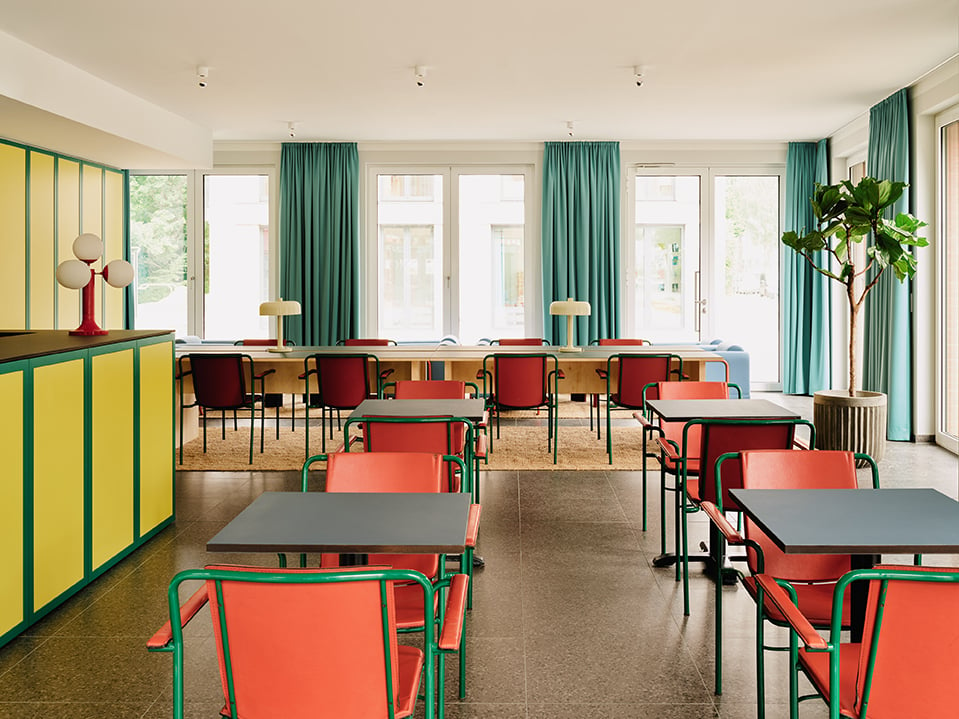 The 39 apartments will be home to 120 international students, with the suites allowing students to socialize, live and study together in one space: “Characteristic of a liberal arts education, it is a trait that is rare to find [in colleges] in Europe,” explains Florian Becker, managing director of Bard College Berlin. Comprising a café, lounge and study area on the main floor and residences on the upper floors, the 5,574-square metre building will be a community hub for all — one of the first of its kind. 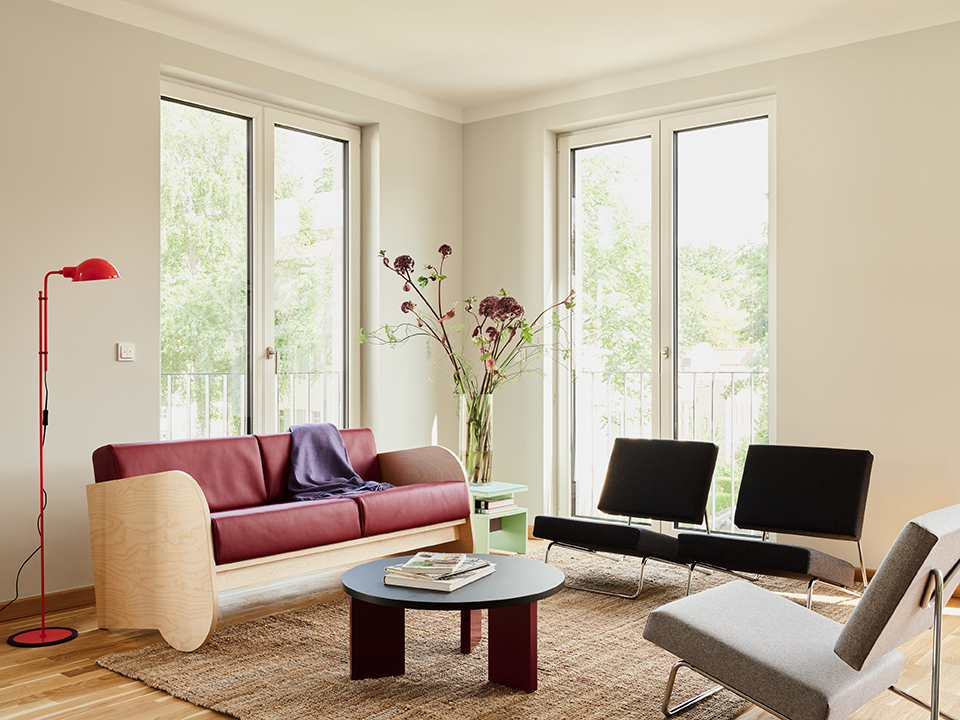 In the shared areas, bright hues and bold shapes dominate — inspired by architect Bruno Taut and 1920s Expressionism, the dining and lounging rooms are far from monotonous. Informed by Dutch designers such as Gerrit Rietveld and Ko Verzuu, whose designs often featured primary colours and dramatic shapes, Civilian commissioned a series of custom furnishings specific to the project’s fun-loving aspirations. 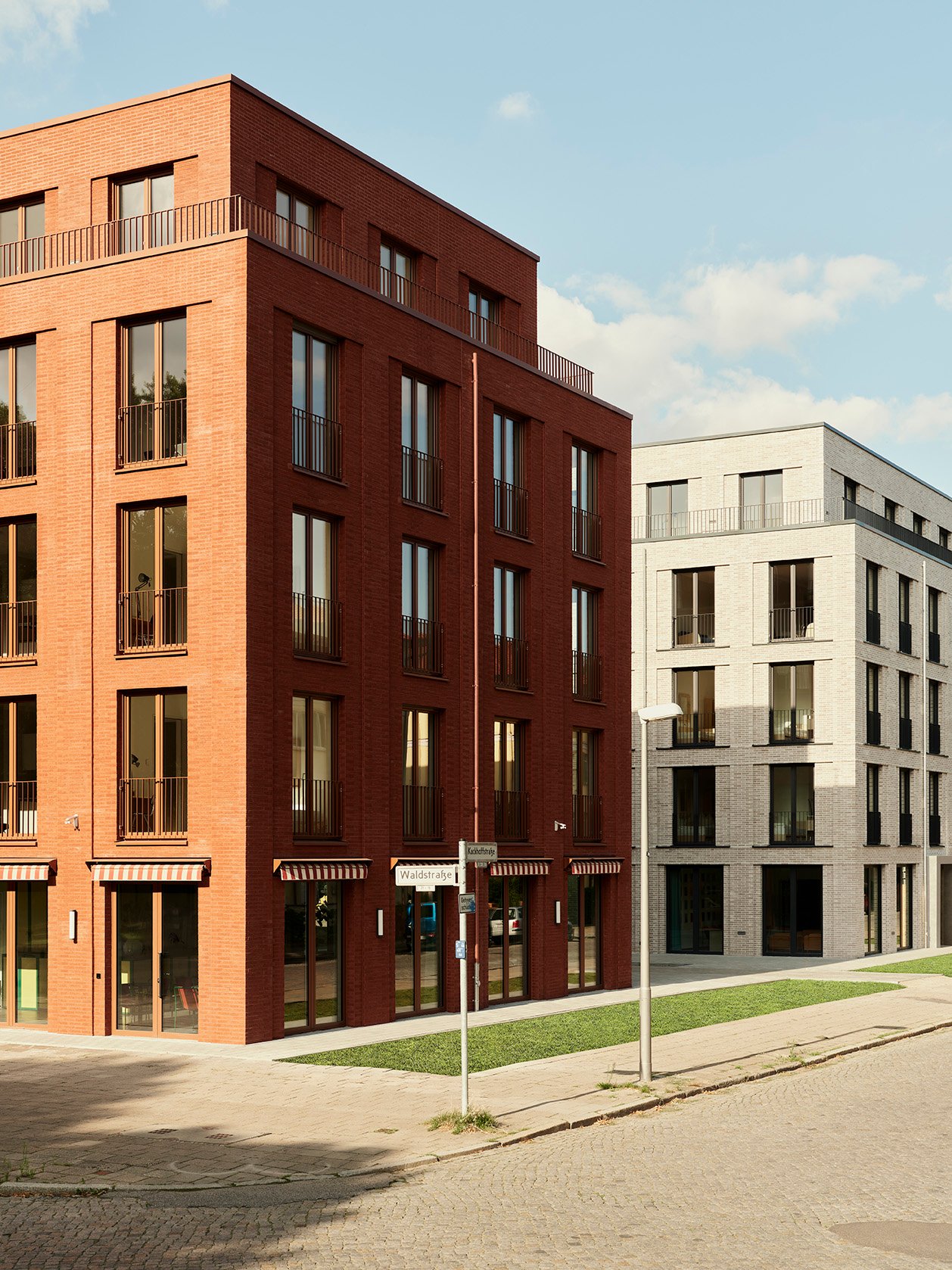 The new build’s landscape (also by Civilian) tackles sustainability concerns proper to the Pankow area: The courtyard design incorporates rainwater runoff into a series of gardens, planted with native perennials. Civilian sought out vintage and recycled items to furnish the dorm’s interiors, as well as some custom pieces fabricated with minimally processed, sustainably harvested materials such as European birch plywood. 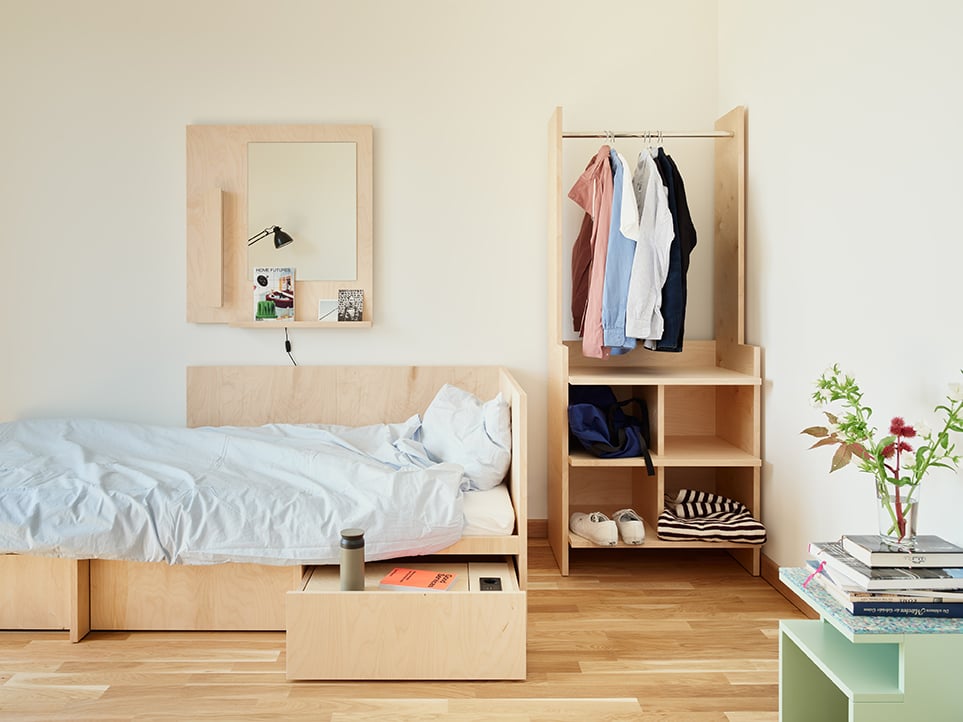 Adaptable storage solutions were implemented in each unit, from drawers under the beds to wardrobes and shelves with open compartments. Small customizable features, such as a pull-out night table, lockable drawers, and mirrors with individual light sources allow students to personalize their own space — a freedom not often afforded to temporary occupants. “Our goal was to create a range of convivial public lounges for both individual study and collaboration while designing flexible private living spaces,” says Civilian co-founder Nicko Elliott. It’s this modus operandi that makes the project stand out — all while blending in with Berlin’s rich architectural history.