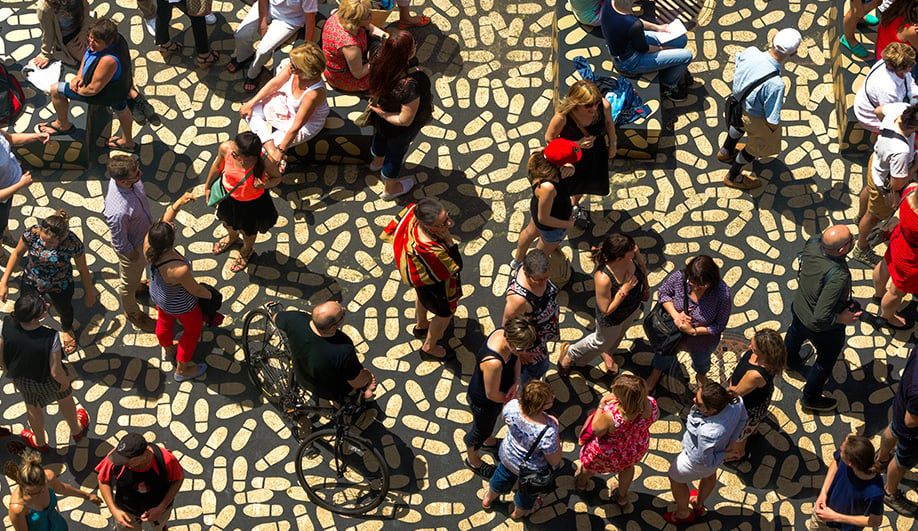 How architect Jean Verville turned Montreal’s Museum Avenue into a shimmering outdoor installation made for dancing.

At first glance, the dense pitter-patter of golden footprints stencilled on the asphalt of a side street in downtown Montreal is irresistible eye candy for passersby – a sloping canvas that tempts them to wander, and perhaps to linger. Inevitably, children are the first to respond to the pattern’s tacit call to a game of Twister, though millennials are quick to vogue for a selfie against a dazzling backdrop where street art meets high art.

When the Montreal Museum of Fine Arts invited local architect Jean Verville to create the installation for the pedestrian mall just outside its front doors, the brief was double-edged. Museum directors asked for a visually arresting streetscape and an alluring gathering place with an interactive element, but they also wanted the work to relate to Pompeii, their major summer exhibition. “Initially, I was wary about a tie-in with such a tragic event,” Verville says. “But researching Pompeii further, I saw how different motifs, like the mosaic patterns, could suggest antiquity without mimicking it.” 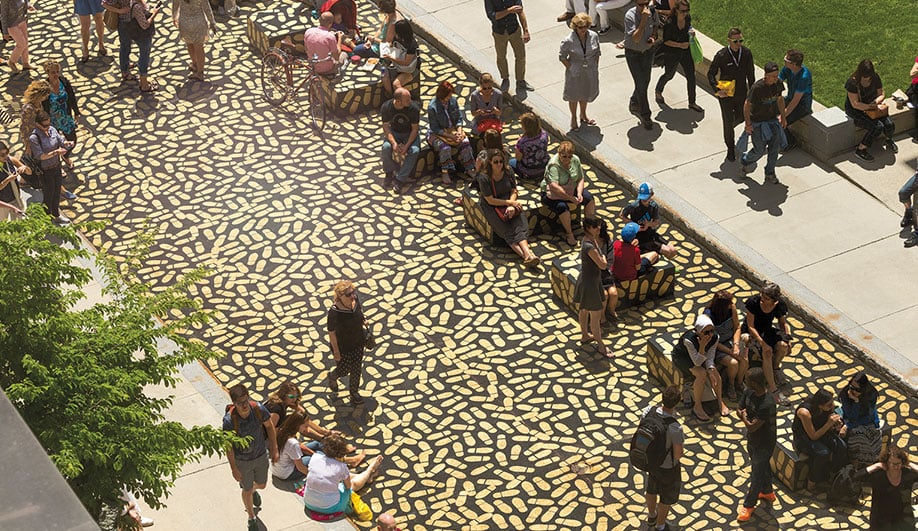 Verville’s Dance Floor consists of more than 5,000 golden footprints on the blackened surface of Avenue du Musée. To either side are a dozen-plus bronzes of the museum’s Sculpture Garden, one of the city’s most significant collections of public art. To fill the space between, Verville created five distinct stencils, then sequenced them into 25 unique horizontal bands. Rhythmically spaced benches borrow the proportions of stone monoliths that once dotted Pompeii’s streets, and serve as a visual beat. As with the previous installations in this annual series, Dance Floor’s interactive elements engage all who approach in an impromptu exercise in art appreciation. 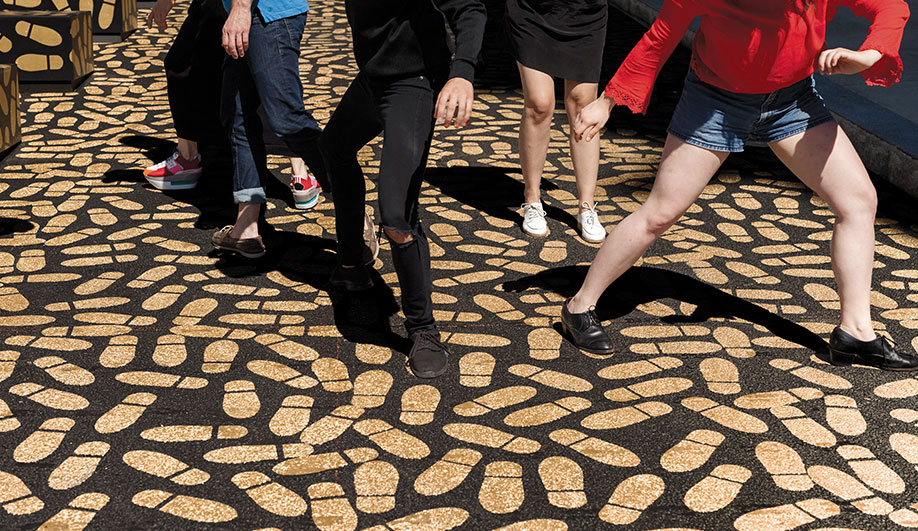 Verville, who is also a PhD candidate studying art at the Université du Québec à Montréal, is quick to describe his intent as an artist: Dance Floor didn’t stem from a desire to place himself at the origin of a massive block party, silent disco or ghostly flashmob. Instead, his gilded mosaic reflects a Dadaist’s take on Le Corbusier’s notion of “promenade architecturale.”

In this, Dance Floor succeeds in its ultimate goal. Whether individuals walk or dance, their randomly chosen path across Verville’s footprints inevitably leads them on a spin around Dance Floor and on a self-guided tour of the Sculpture Garden. “Sometimes after a couple of steps, visitors forget about the footprints,” he says, “and just continue dancing.”