Kengo Kuma’s Beijing Tea Room
How do you take a setting steeped in history and bring it into the present day? With light-filtering translucent polyethylene blocks that evoke a zen vibe. 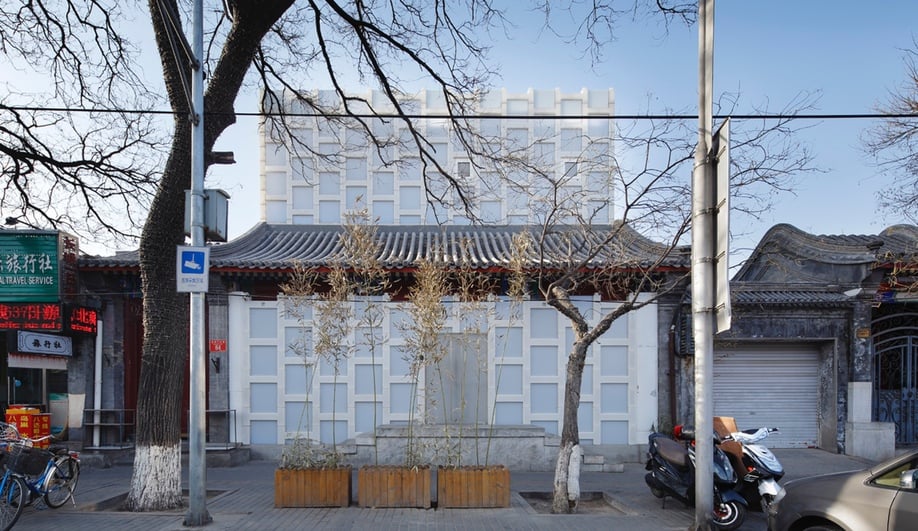 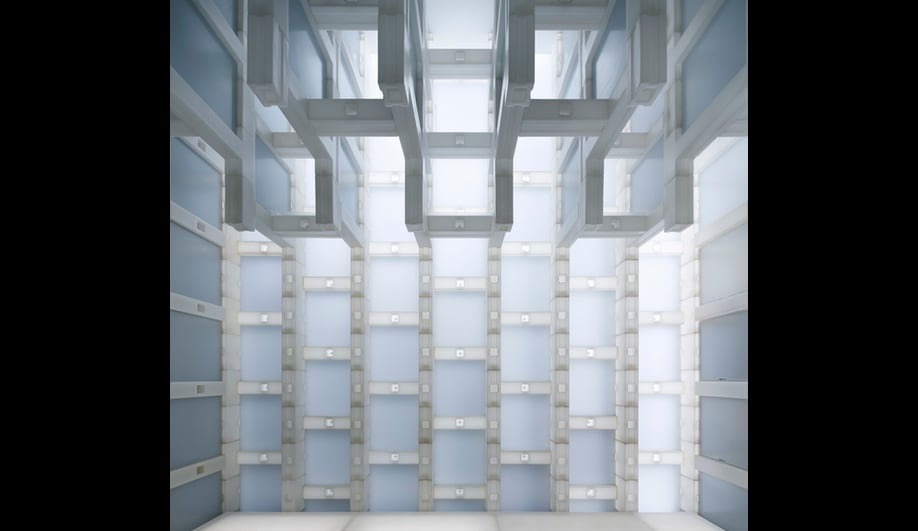 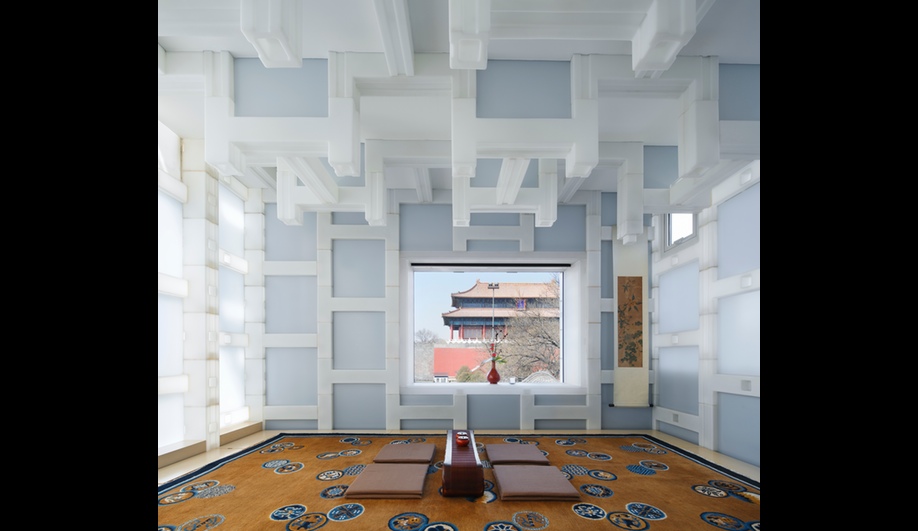 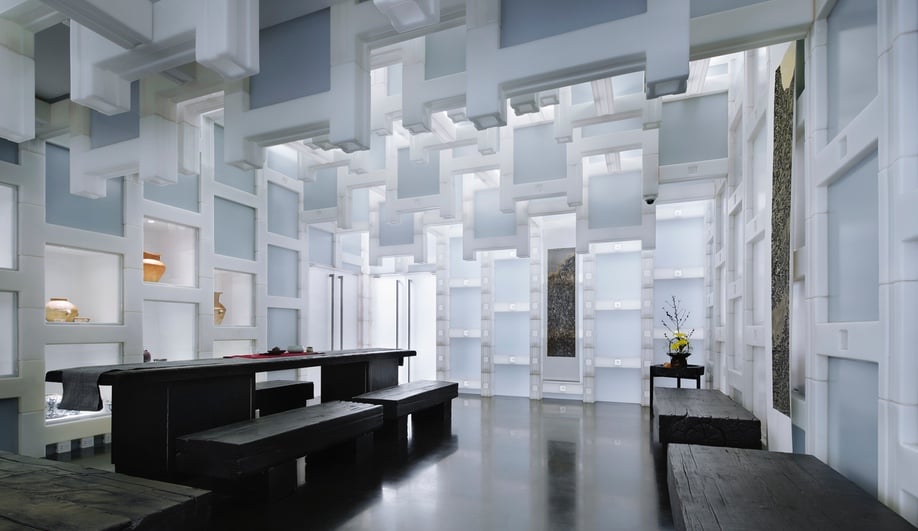 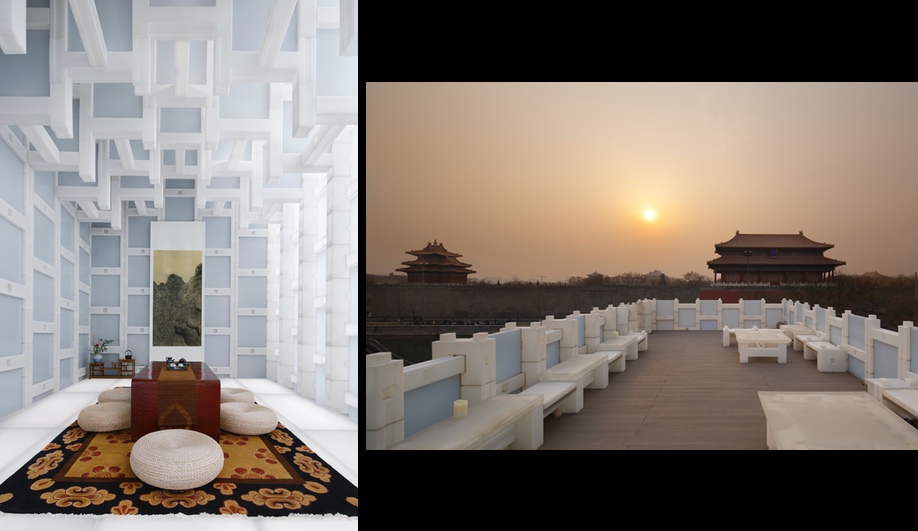 Inserted into the fabric of a Beijing street – in front of the East Gate of the Forbidden Palace – a modern pavilion for a Siheyuan-style tea house stands out for its unusual facade. The extension has all the markings of a project by the ever-surprising Japanese architect Kengo Kuma.

His firm used four types of polyethylene blocks, made with rotational moulding, to create the cladding systems that adorn the facade of the 250-metre-square pavilion and the rooms within. Joined together in 3-D compositions, the blocks recall stalactites as they project from the ceiling or an über-modern playground of ladders and monkey bars – though swinging from them is most probably verboten. They create an airy environment and a vivid contrast against the rich tones of the traditional rugs and floor cushions.

The firm’s press release states that the blocks are a play on traditional building materials: “The main structure for the city of Beijing is masonry bricks. Blocks made of polyethylene are in this sense a modern version of masonry.” They also insulate the building, while diffusing light like the paper partitions of old Siheyuan buildings.

By experimenting with unusual materials, Kengo Kuma has been upending the typical hospitality setting for years now, in his Japanese projects – as in his famous Starbucks with its matrix of wooden sticks, and a restaurant interior covered in a hairy tangle of multicoloured cabes. His Beijing teahouse is another surprise-filled project that defies expectation.