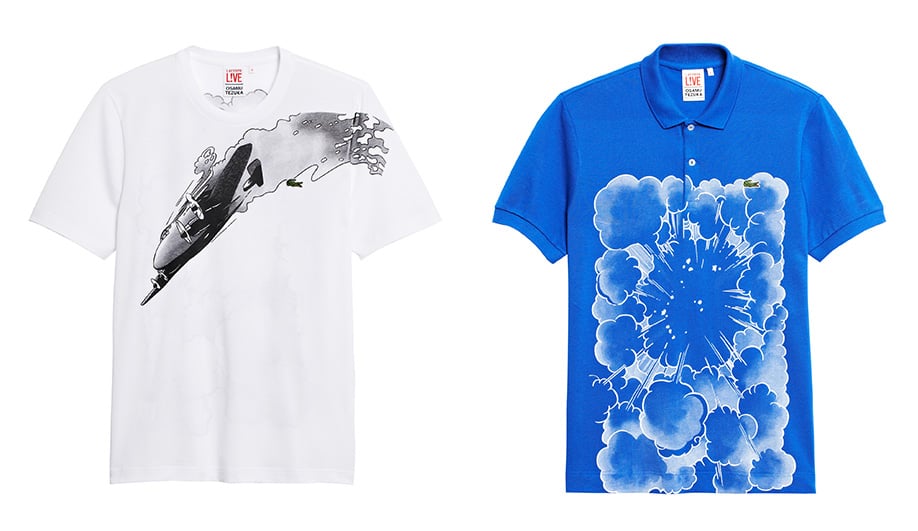 The Mysterious Underground, T-shirt and Polo by Ohya x Lacoste. 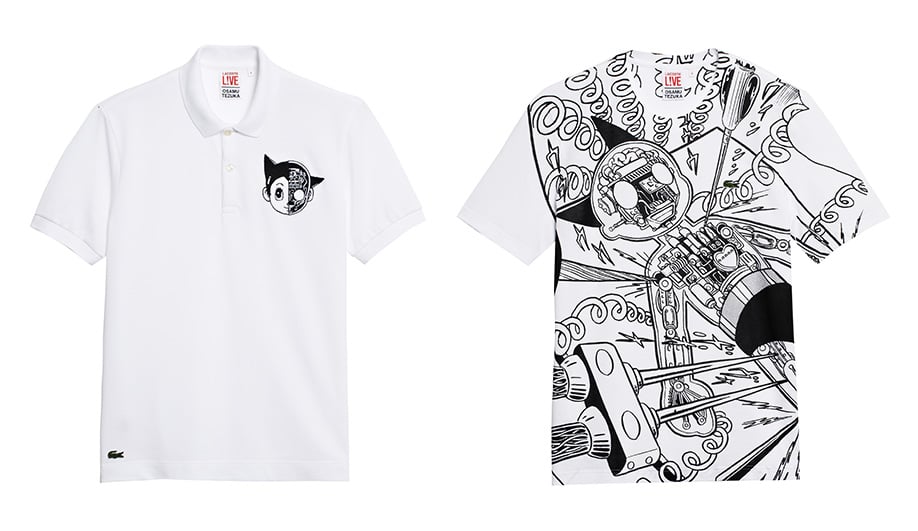 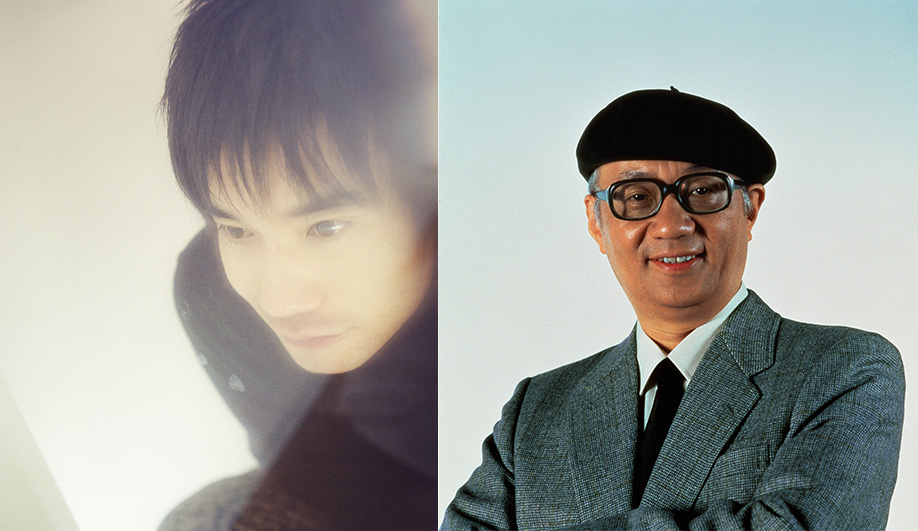 For the past few years, Lacoste has been collaborating with artists, furniture creators and architects, releasing polo shirts designed by ceramicist Li Xiaofeng, graffiti artist Honet, Tom Dixon and Zaha Hadid. Yet fashion designers – avant-garde ones – also count among its co-designers, including Comme des Garcons, Catherine Malandrino and now Hiroaki Ohya. In a capsule collection to debut in May, the Japanese couturier transforms the lizard-emblazoned polos and T-shirts with wide-eyed, iconic anime.

After cutting his teeth at Issey Miyake, Ohya began his own label – Astroboy by Ohya – in 1999. The collection, formed in association with Tezuka Productions, is influenced by the futuristic conceptions of Osamu Tezuka, the artist – who would now be 85 – credited with inventing manga. Considered Japan’s equivalent to Walt Disney, Tezuka is the brain behind such animated masterpieces as Astro Boy, Black Jack and Jungle Emperor Leo.

His robot boy’s emotive facial expressions and silhouette in jet-fueled fight mode appear most often in Ohya’s fashionable (but not always wearable) creations. For this capsule collection with Lacoste, Ohya reintroduces Tezuka’s ultramodern ideas to the Western world. In preparation, he re-read all of the illustrator’s published work, including his 2005 book, 201 Words That Help You to Open Up a Path to the Future. In it, Ohya found this quote: “Humans have had three dreams since the dawn of time. One is flight, another is transformation and the last is communicating with animals and nature.”

Ohya silk-screened six of his favourite scenes from Tezuka’s mangas on one hundred per cent cotton. Each elemental fantasy is represented twice; three designs are released this May, the remaining in August. Every shirt, plus its packaging – and the owners’ sequential wearing of the polos and T’s – amounts to interpretative story telling. On one garment is a winking Astro Boy, half his face little more than a circuit board. On another shirt is the scene of his birth, a mess of live wires. Two other tops reveal a diving aircraft and then the waves (or is it clouds?) of it entering (or is it leaving?) one dimension for another. Front to back, back to front, to see these shirts is a bit like watching a game of tennis, or a lizard biting its tail.

Available in L!ve Lacoste stores worldwide, beginning in May.

SHARE
Twitter, Facebook, LinkedIn, Pinterest, Email
TAGS
Fashion, Graphics,
AZURE is an independent magazine working to bring you the best in design, architecture and interiors. We rely on advertising revenue to support the creative content on our site. Please consider whitelisting our site in your settings, or pausing your adblocker while stopping by.