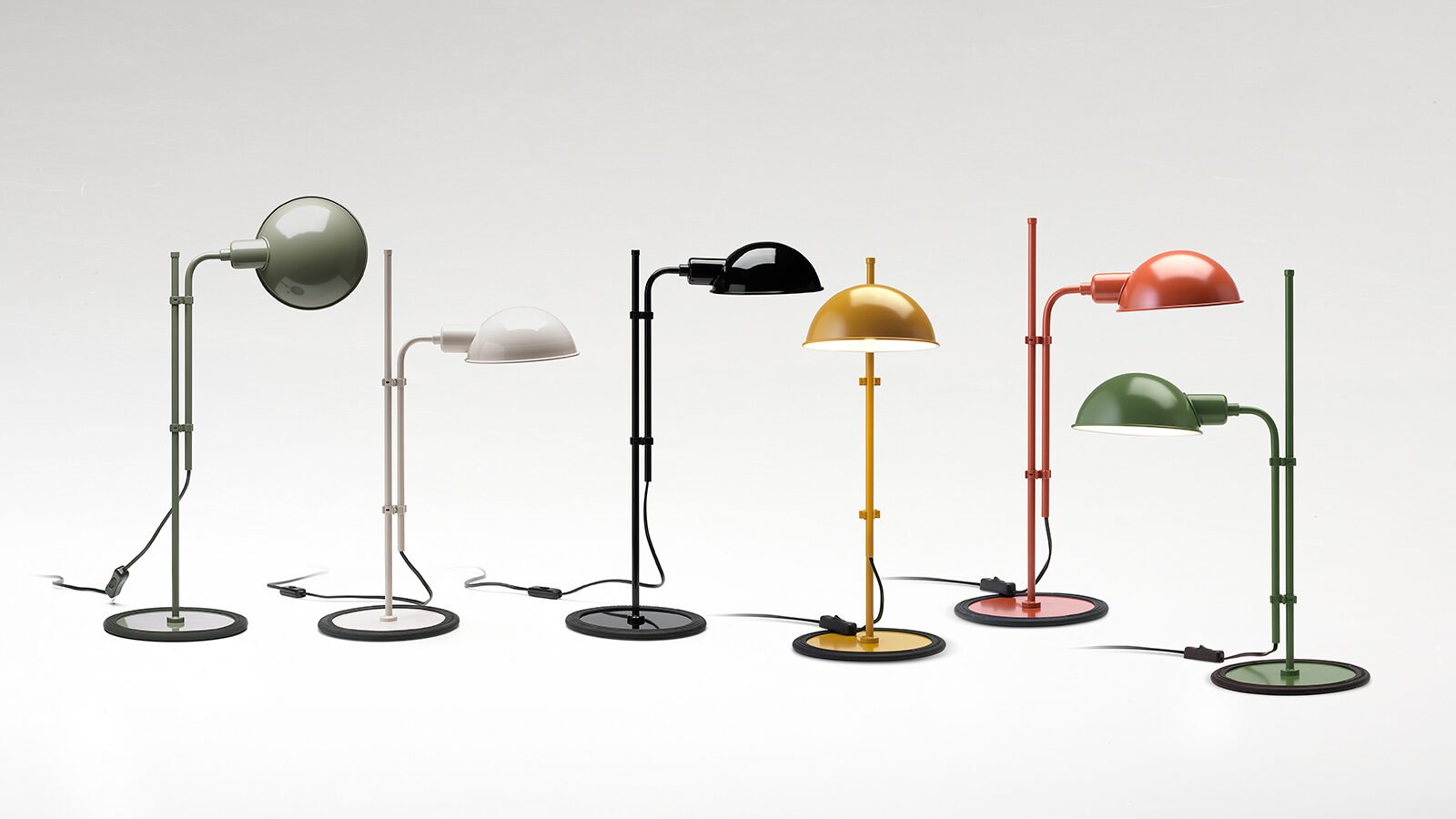 Designed by Lluís Porqueras in 1979, this enduring design remains a fixture of the Spanish lighting company’s collection.

“Fashion does not interest me, and I have never made fashionable lights because they soon go out of fashion. I have always made lamps I liked,” said the late Lluís Porqueras of his design ethos. The Funiculi lamp, perhaps one of the Catalan designer’s most iconic works, is indicative of his affinity for timelessness. Designed in 1979, the light was reissued by Spanish manufacturer Marset in 2013 and has remained one of the company’s most popular products ever since. 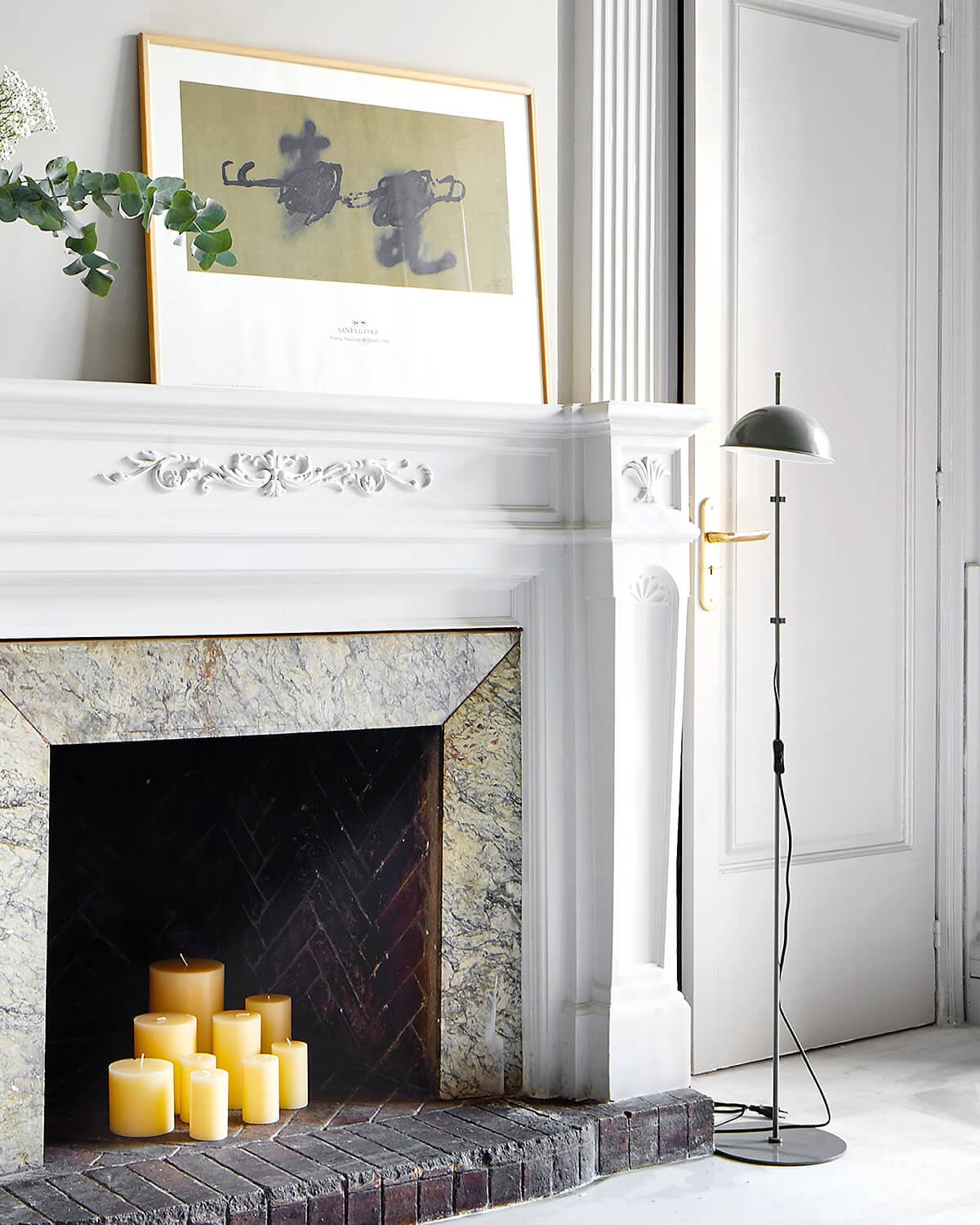 The concept for Funiculi was simple: Eliminate any design elements that were not essential to the lamp’s function. “All I wanted to do was to pare away until I reached the pure essence of a simple, useful object,” Porqueras explained. “Lights are lit for several hours a day, and the rest of the time they must maintain a certain discretion so that they do not bother you when they are off.” Just as Porqueras suggests, the design offers aesthetic appeal without drawing attention away from the rest of the interior. 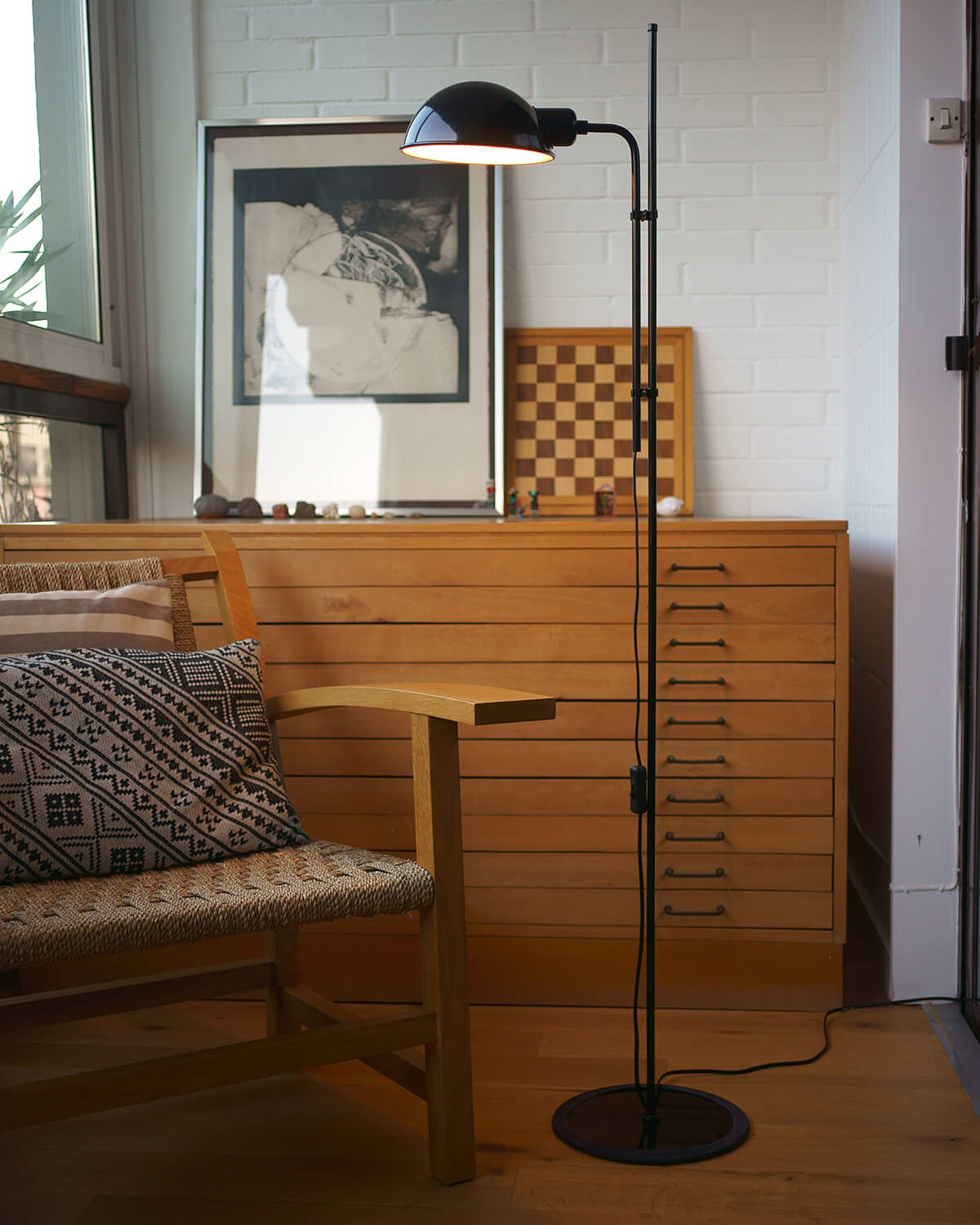 Inspired by typical student task lamps with a simple domed shade, flexible metal cord and base, Porqueras sought to optimize this basic design, which he described as a “complete object.” The result is a minimal form whose cleverness lies in its details — the shade has been made slightly larger to conceal the bulb inside, while a ring of rubber around its base improves the lamp’s stability. 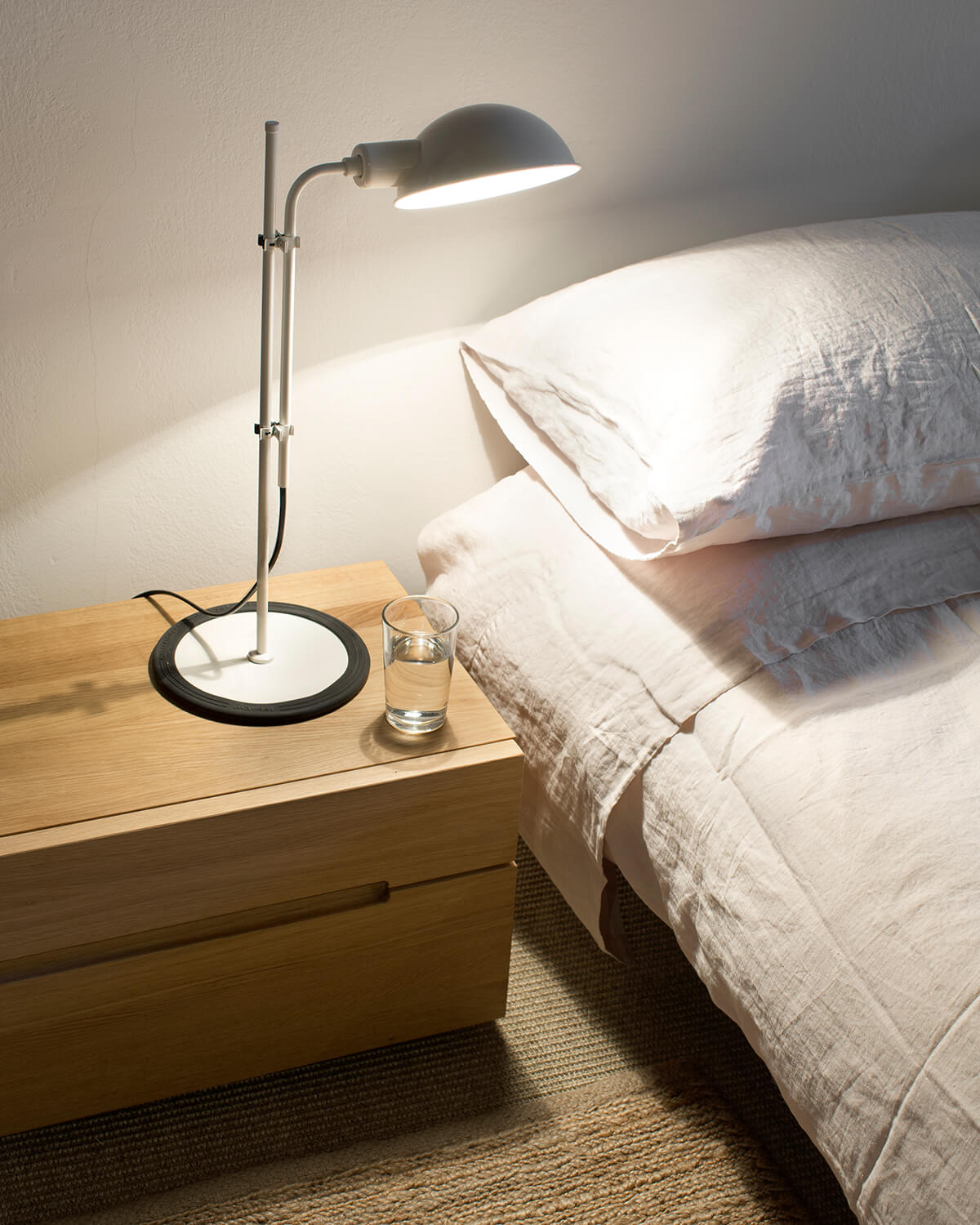 Though the Funiculi is both compact and lightweight, it does not sacrifice on functionality. Designed to rotate 360 degrees for maximum mobility, the height-adjustable lamp can be used for either direct lighting, such as for reading, or ambient lighting. Its name makes reference to Barcelona’s Tibidabo and Montjuic funicular railways, which similarly slide up and down on a track. 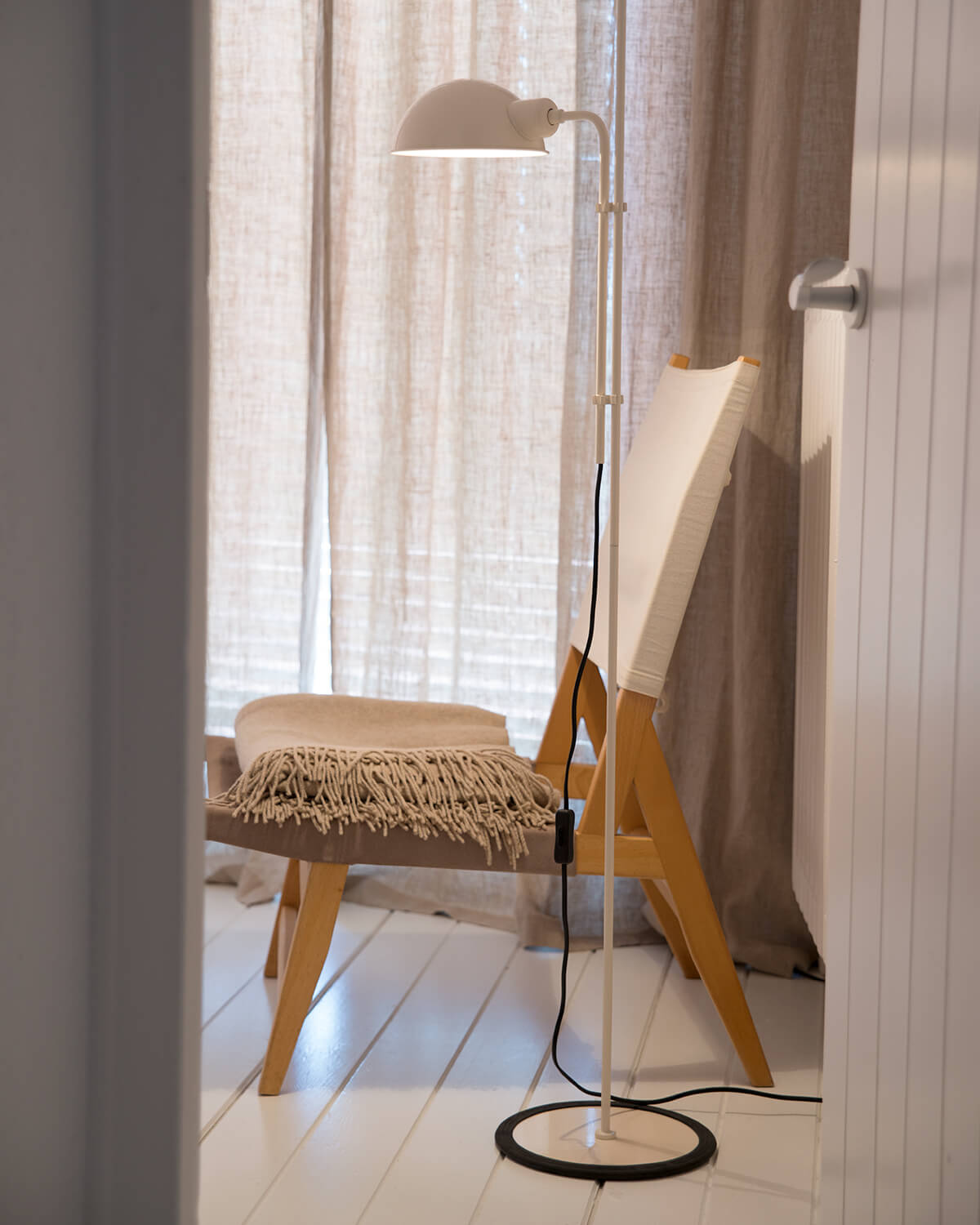 Above all, the lamp is designed to make daily tasks less challenging. In an interview with Marset creative director Joan Gaspar, Porqueras recalls a woman who explained how his lamp made ironing easier, as she could adjust the height to match that of the ironing board. 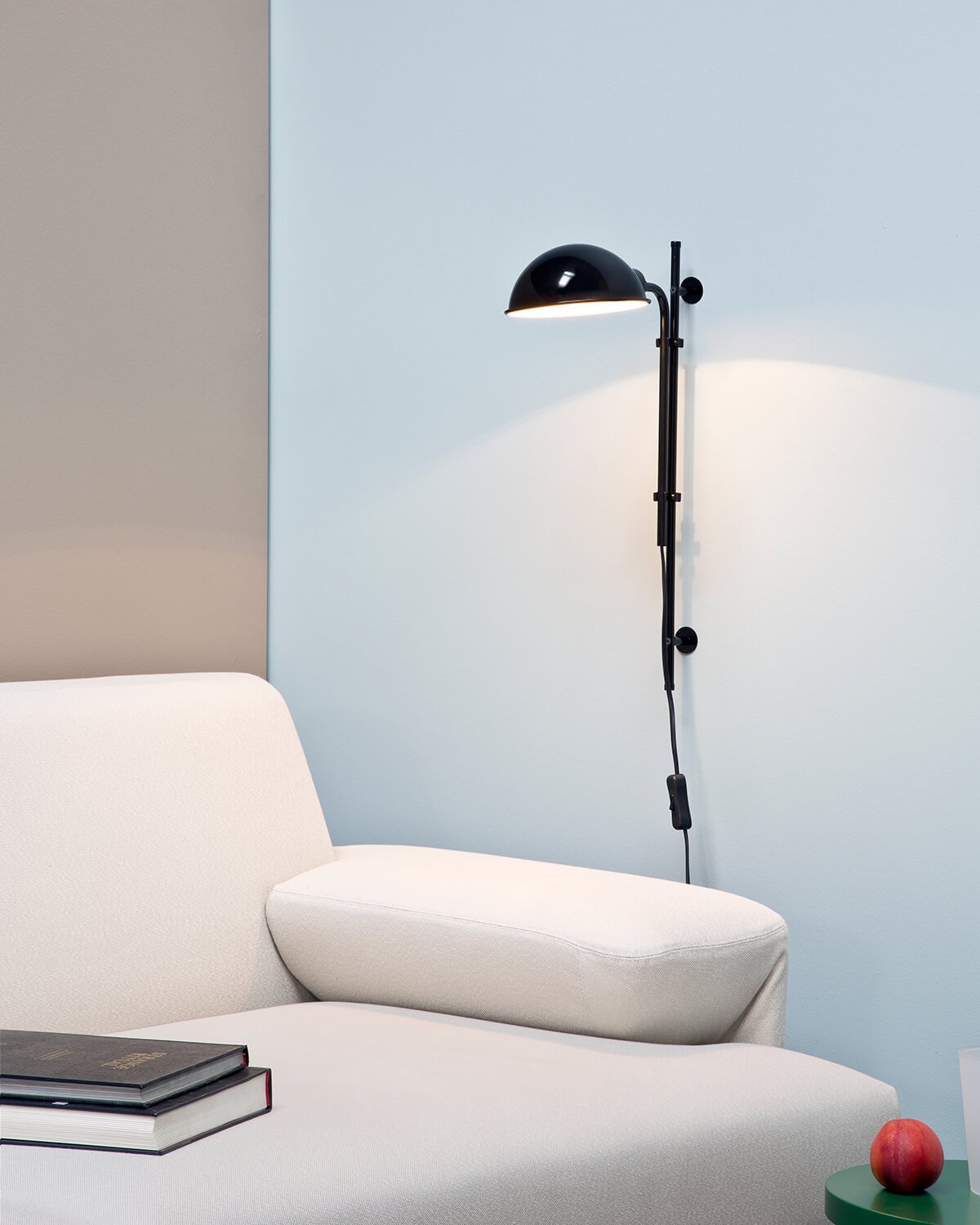 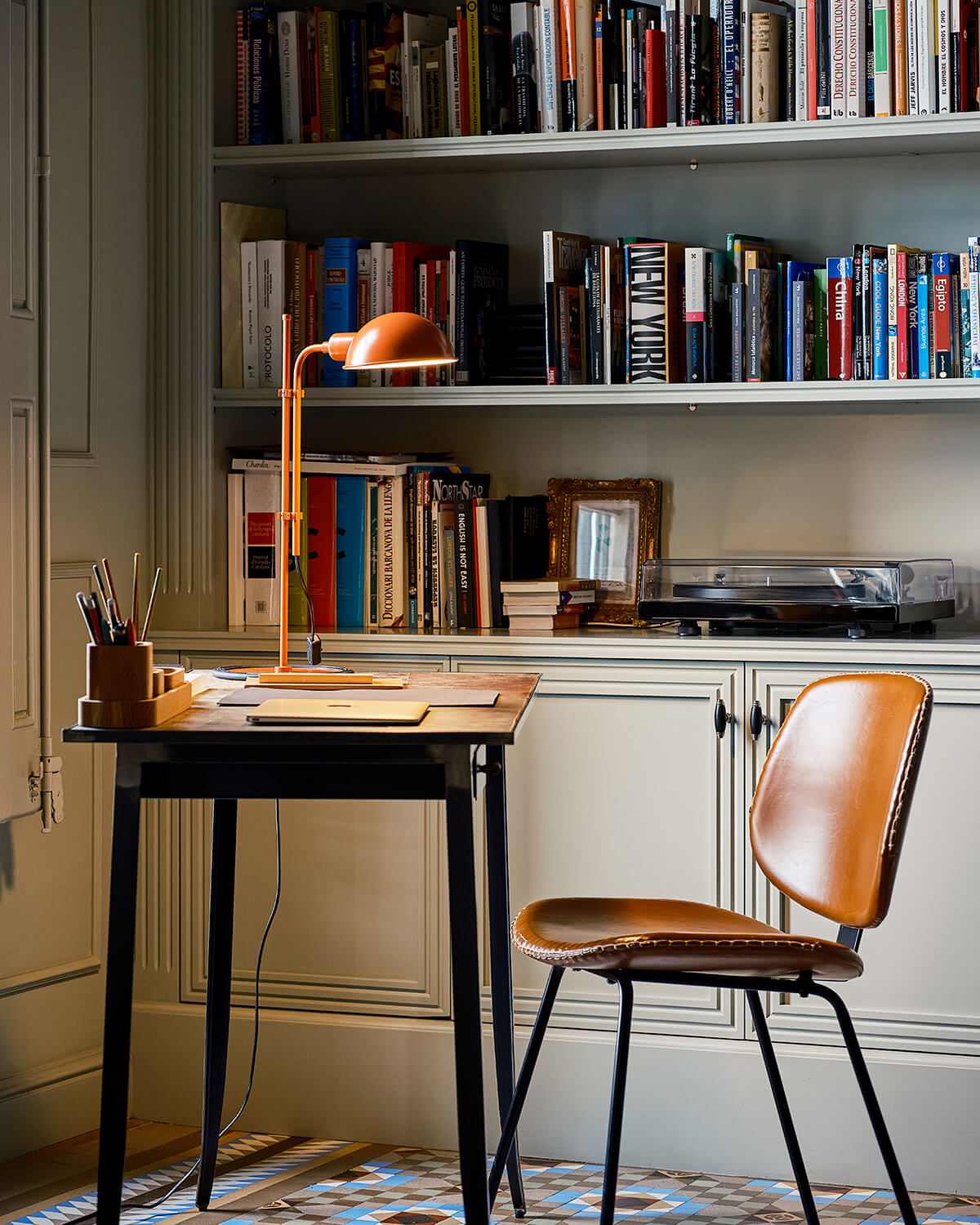 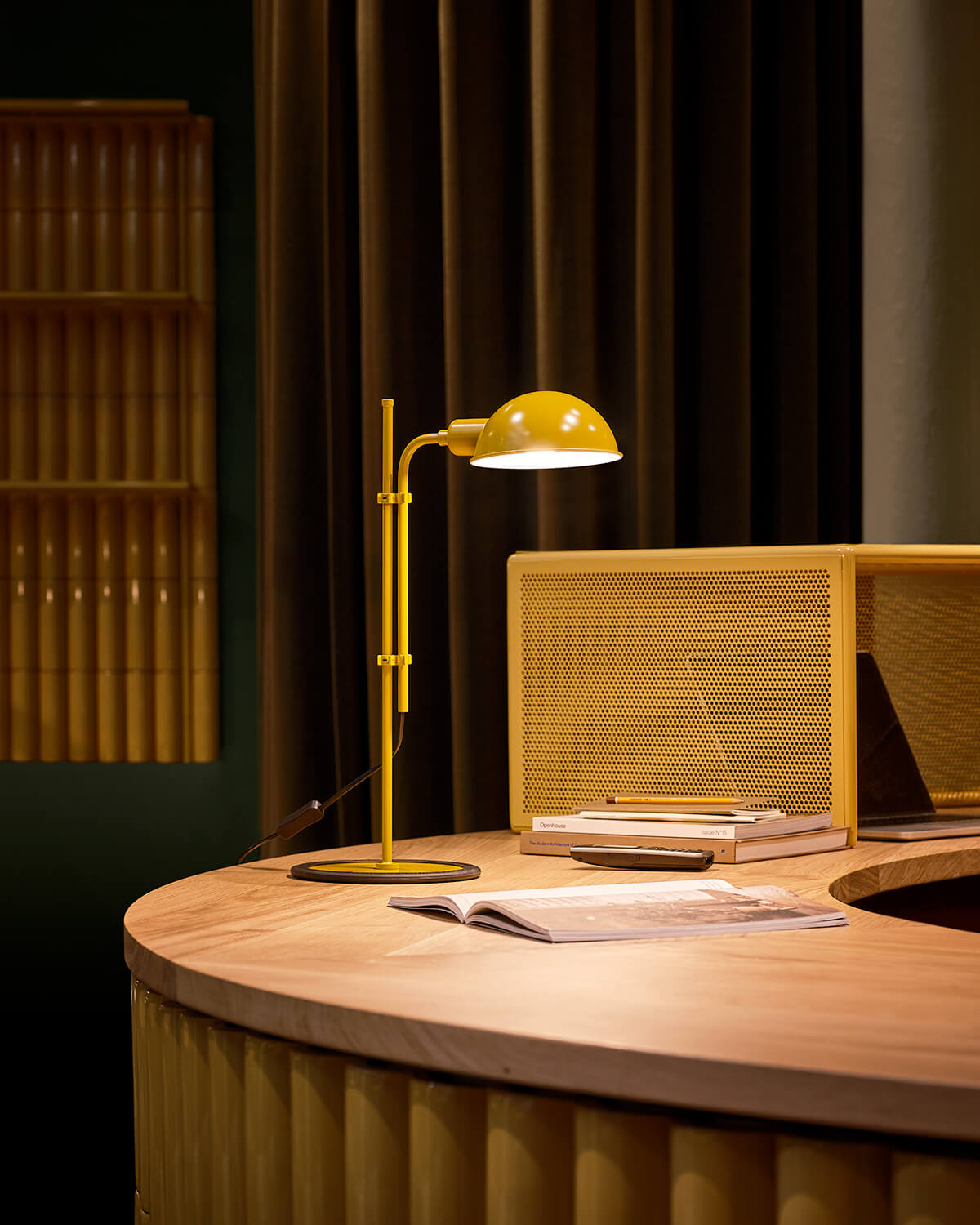 The versatile design is available in floor, table and wall configurations. Originally offered in moss-grey, black and off-white lacquered metal finishes, the minimal palette lends itself to any space. Yet Funiculi’s pared-back design leaves room to experiment in other ways — such as through colour. For the daring, three bold new hues (green, terracotta and mustard) debuted this year, rounding out the selection. 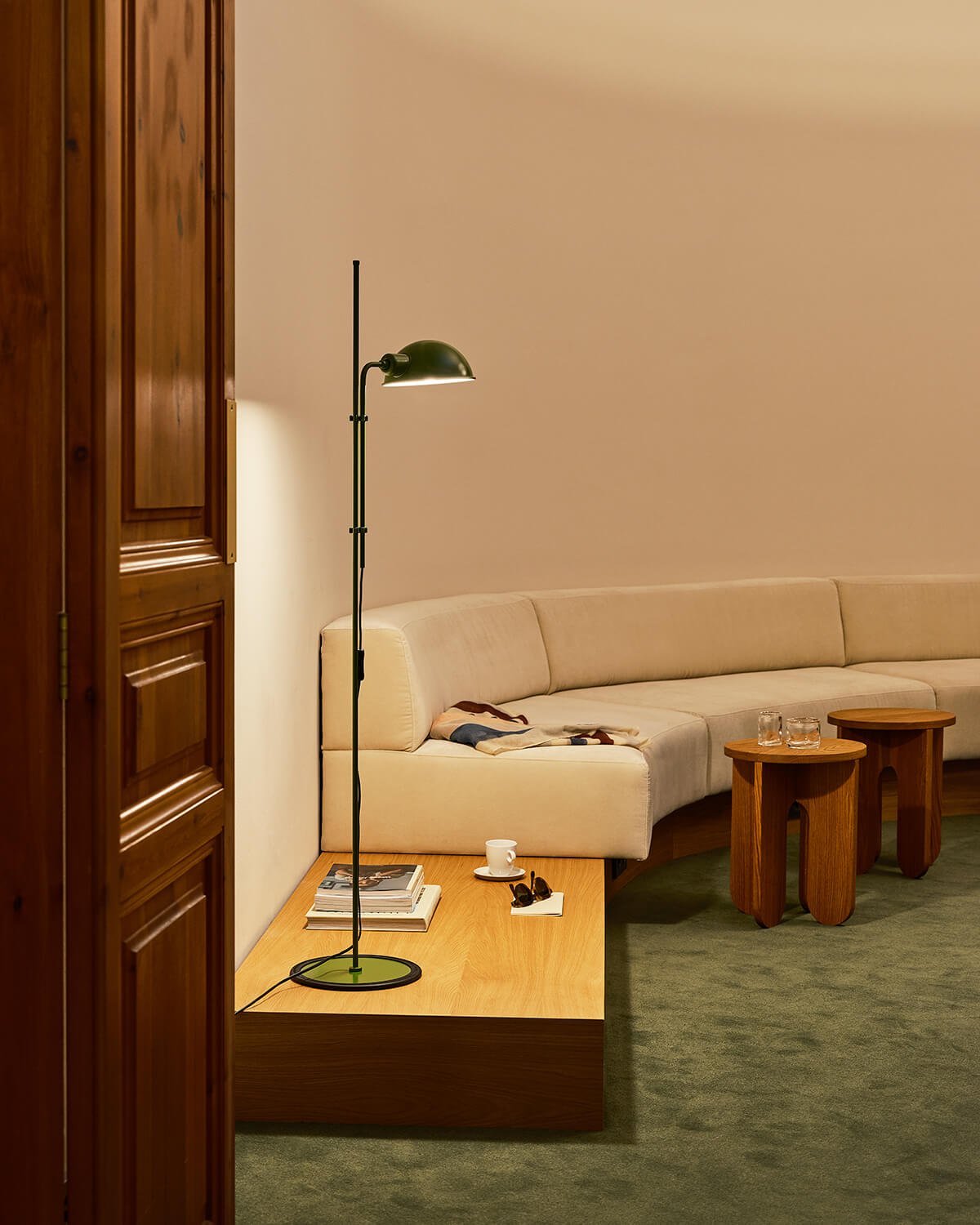 Though Porqueras died in 2018, his legacy lives on through the Funiculi collection. The year of his passing, Marset released a second edition of the lamp, also designed in 1979, featuring a fabric shade that filters and diffuses light. While the updated model stays true to the utilitarian simplicity of the original, the fabric version adds a hint of sophistication, casting a warm and cozy glow over interior spaces. 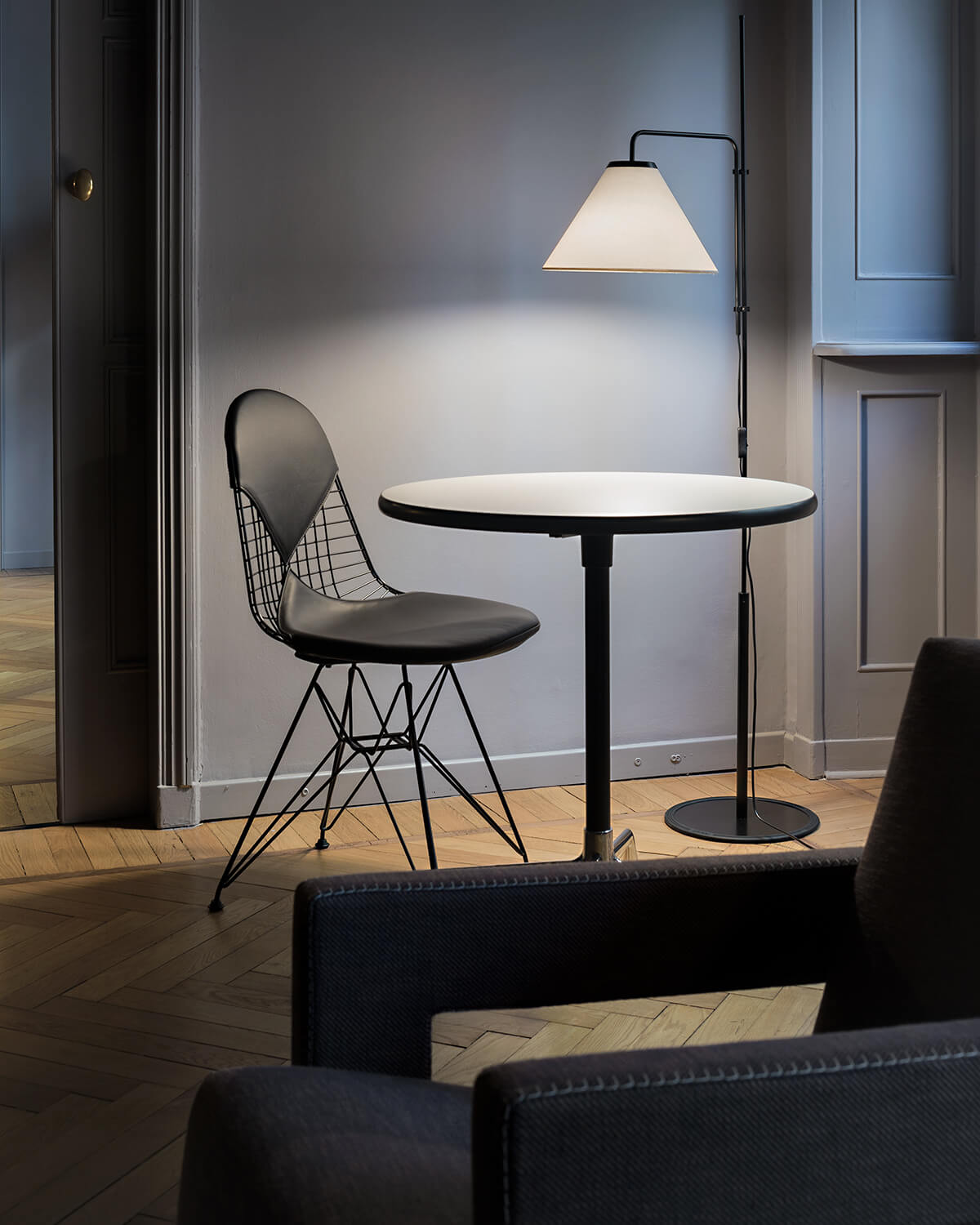 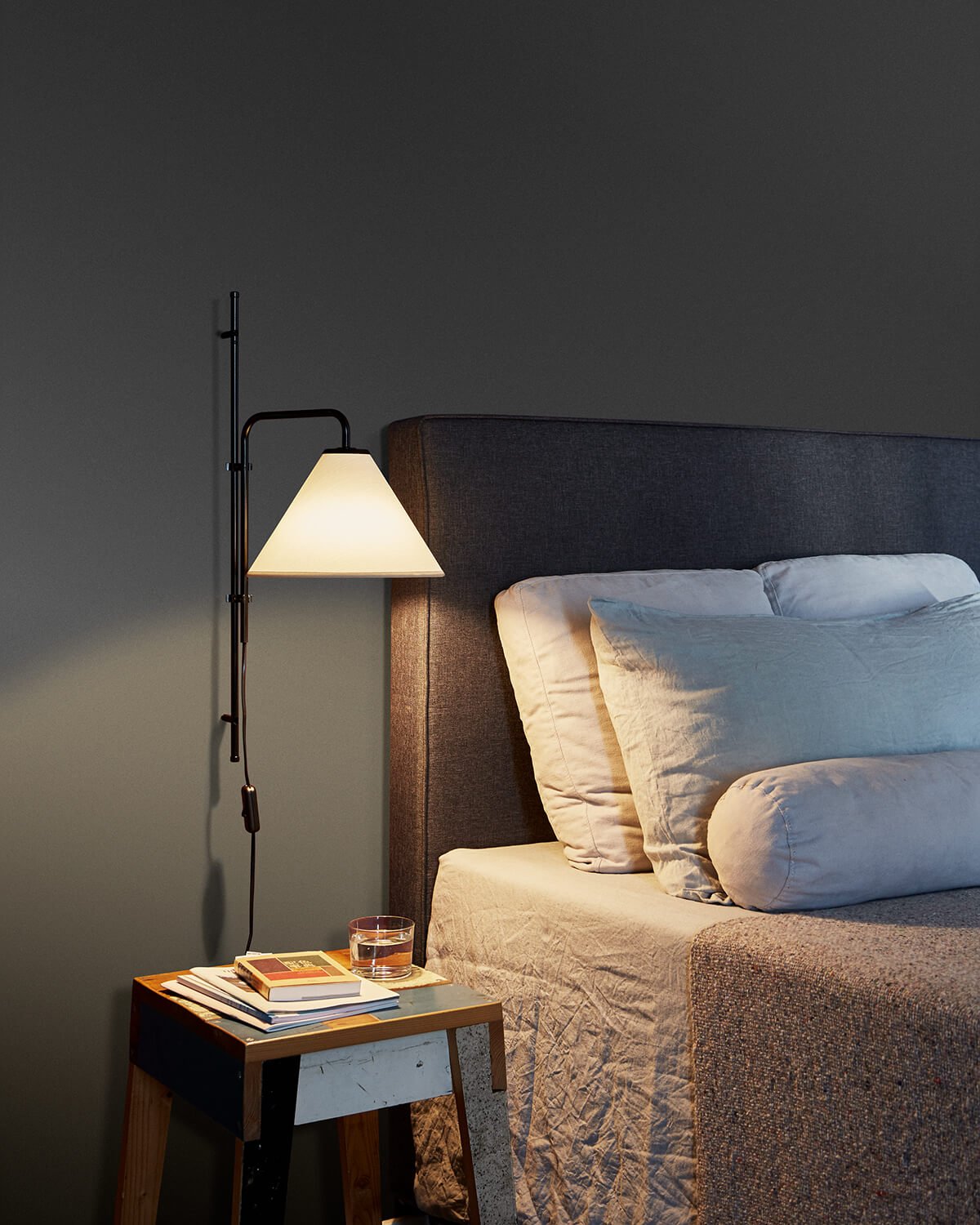 In its quiet simplicity, Porqueras’ design makes a case for a return to the classics at a time when trends seem to change like clockwork. As Gaspar explains, the collection’s revival was not just a marketing strategy, but a statement of their belief in the product. The public agrees — a Marset bestseller, the Funiculi lamp is still just as relevant forty years after its initial release. 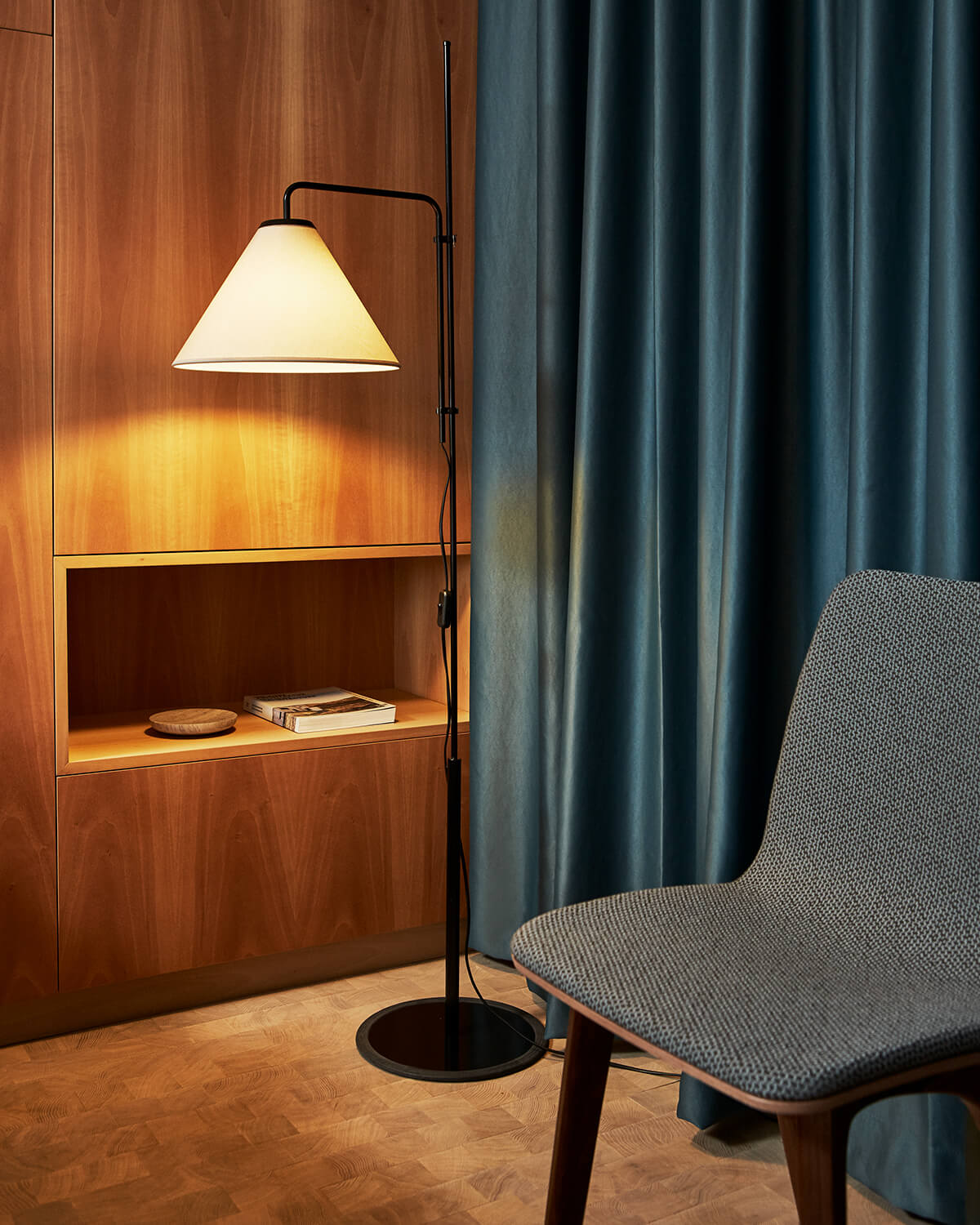 This content was published by Azure on behalf of Marset.

Designed by Lluís Porqueras in 1979, this enduring design remains a fixture of the Spanish lighting company’s collection.