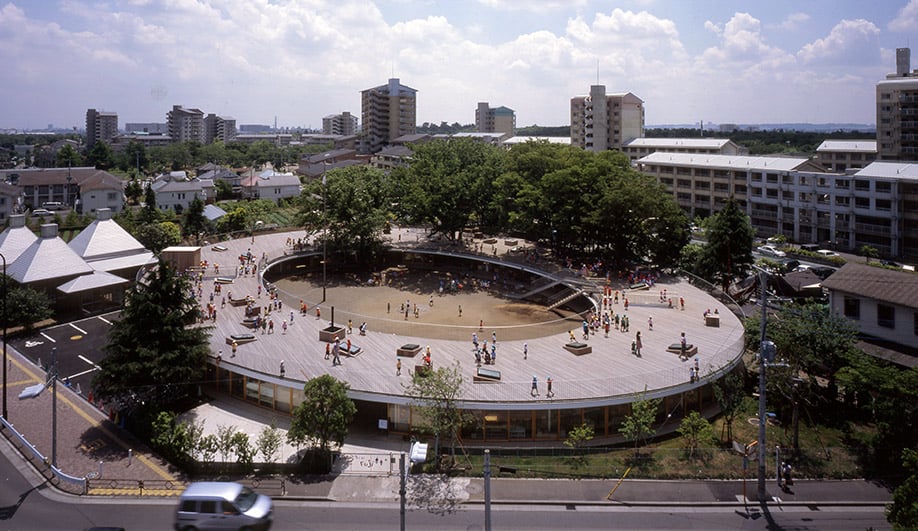 An oval-shaped kindergarten in Tokyo has won the Moriyama RAIC International Architecture Prize, one of the world’s richest awards for architecture.

The $100,000 prize, awarded at a gala in Toronto on September 19, went to Tezuka Architects’ Fuji Kindergarten, a one-storey, circular school built around three pre-existing zelkova trees that shoot through the structure. The building, which features a large rooftop play area, accommodates up to 600 children, including children with autism. 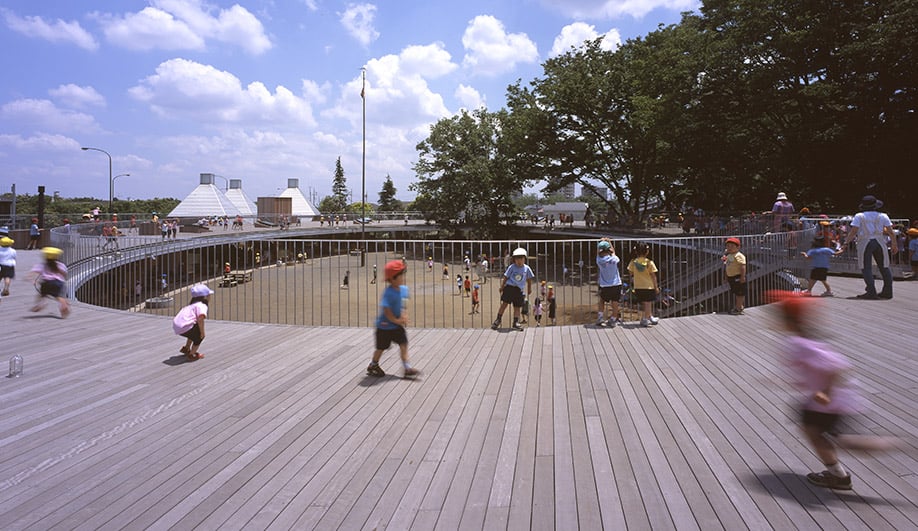 “There is not a single piece of play equipment on the roof,” says the firm, which is led by Takahuru and Yui Tezuka. The project aims to restore “common sense” and a connection with nature to educational models. “The rooftop itself becomes the play equipment. Even children who don’t usually run will most certainly race around this roof.”

Erected in 2007, the school is randomly arranged to preserve the zelkova trees. While the building seems to have a centre, “it is a space without a centre,” Takahuru Tezuka says. “There is no regularity to the oval shape. The roof appears smooth, but is actually the three-dimensional curved surface of a delicately changing hyperbolic shell. Final welds were not made until after the roof was fully completed.”

The openings around the zelkova trees, protected by heavy nets, create a soft cover on which the school’s pupils can play and through which they can look to the tree trunks and playground below. The architectural details were designed at the scale of a child, “from the handrail to the door fittings and the size of the nets around the trees.” Skylights, stairs and a slide form close connections between the two play levels. 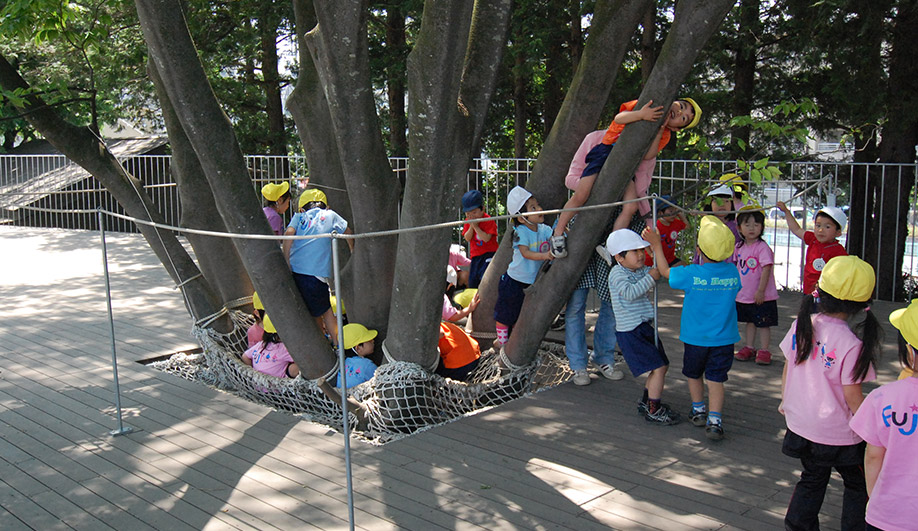 The Moriyama Prize, established in 2014 by Canadian architect Raymond Moriyama with the Royal Architectural Institute of Canada and the RAIC Foundation, acknowledges a single work of architecture that has been in existence for at least two years and is “judged to be transformative within its societal context.” In addition to the $100,000 cash award, the prize includes a sculpture designed by Canadian designer Wei Yew. It is awarded every two years, is open to all architects “irrespective of nationality and location” and is selected in an open, juried competition.

Unusually when it comes to design competitions, jury members visit every finalist project.

“The space by Tezuka Architects took a new look at kindergartens,” jury members said. “There is no hierarchy to the place; the teachers and the kids all have an equal status architecturally, which is a direct result of the form and the way the whole building opens up. It is an egalitarian, comfortable and physically stimulating place for children.” 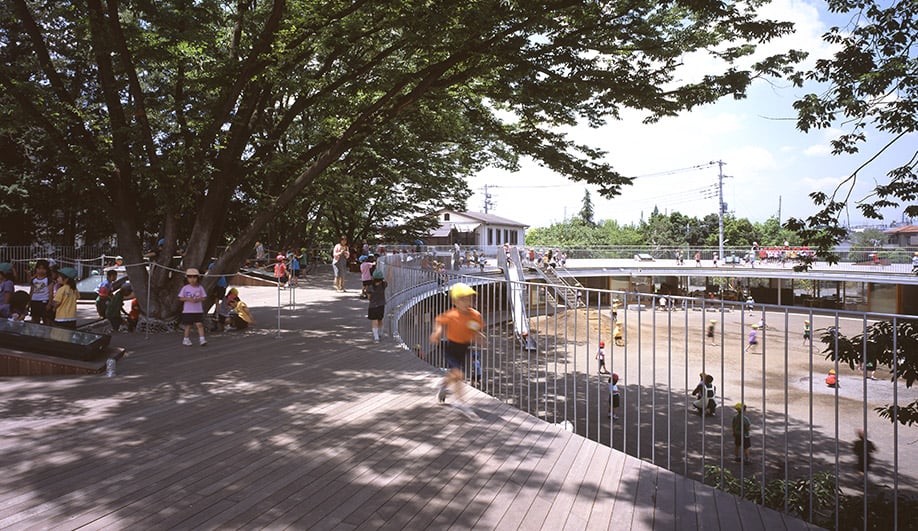 Besides the winning kindergarten, other finalists for this year’s prize included Bjarke Ingels Design’s 8 House apartment complex in Copenhagen, the Melbourne School of Design by John Wardle Architects of Australia and NADAAA of Boston and Canadian firm MacKay-Lyons Sweetapple’s “utopian” Shobac farm and campus in rural Nova Scotia.

All of the finalists had representatives at the awards ceremony, which was held at the Carlu event space in downtown Toronto.

Earlier in the day, Canada’s representatives for the 2018 Venice Biennale in Architecture were also announced. A team led by architect Douglas Cardinal, the acclaimed creator of such cultural institutions as the Canadian Museum of History in Quebec and the National Museum of the American Indian in Washington, D.C., will present UNCEDED, a design project that aims to emphasize and celebrate the work of Indigenous architects and designers throughout Turtle Island, as some Indigenous groups refer to North America.