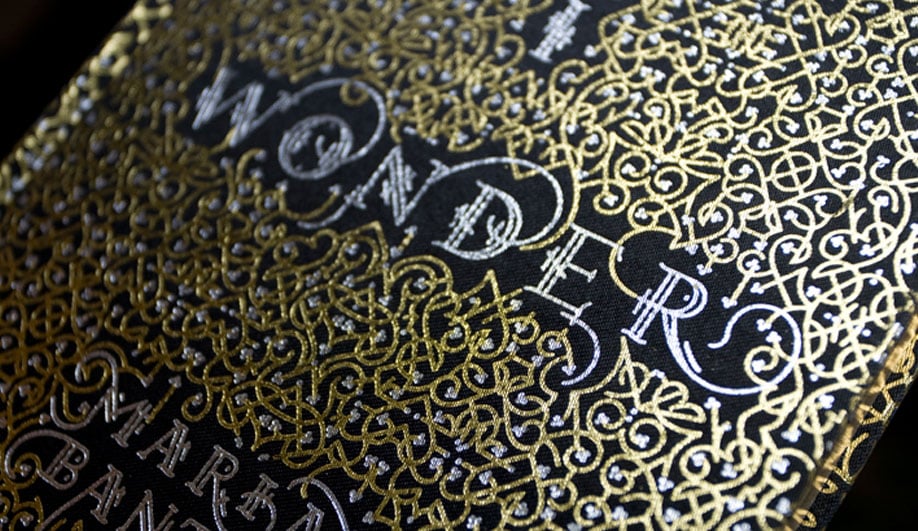 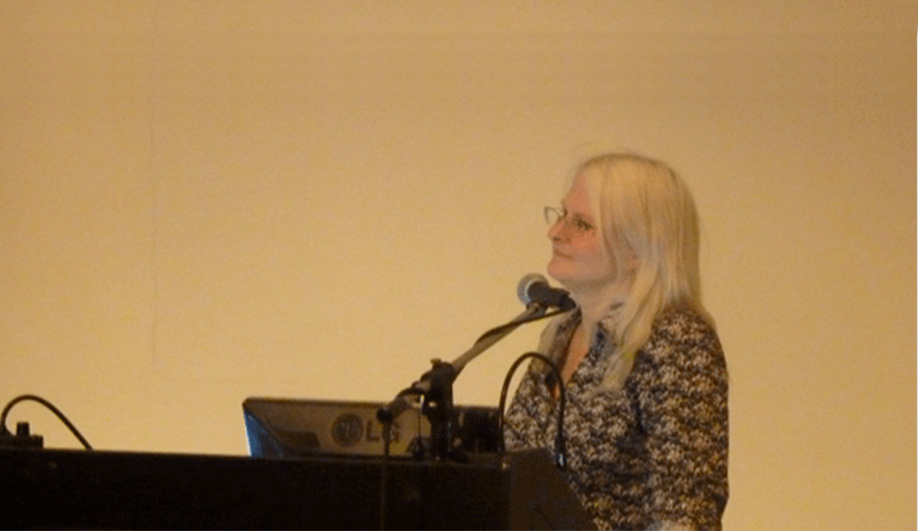 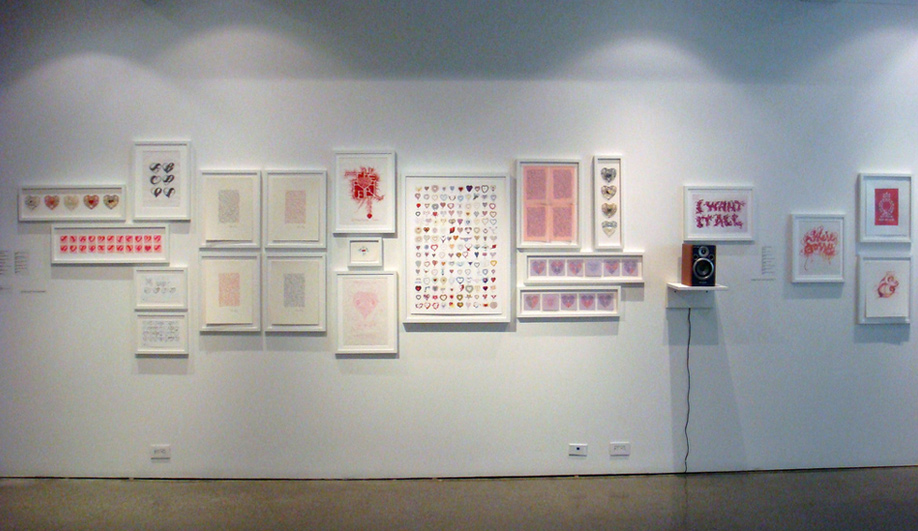 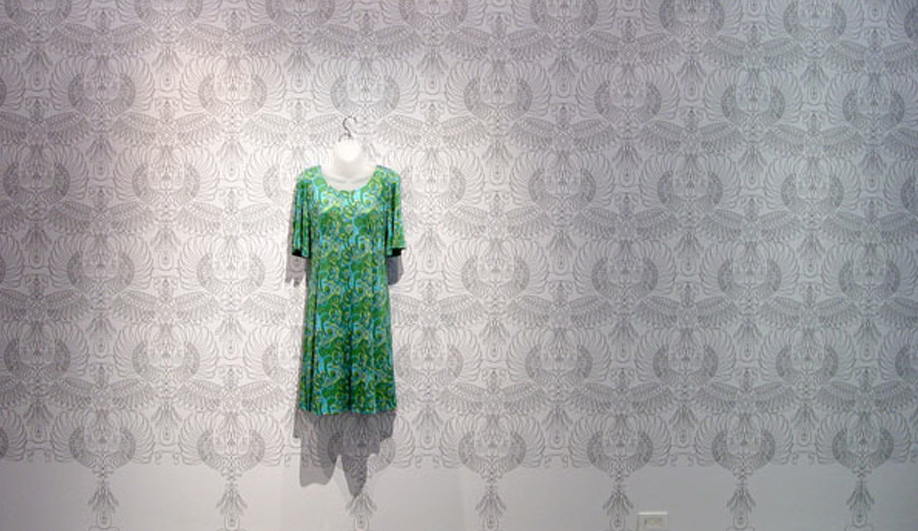 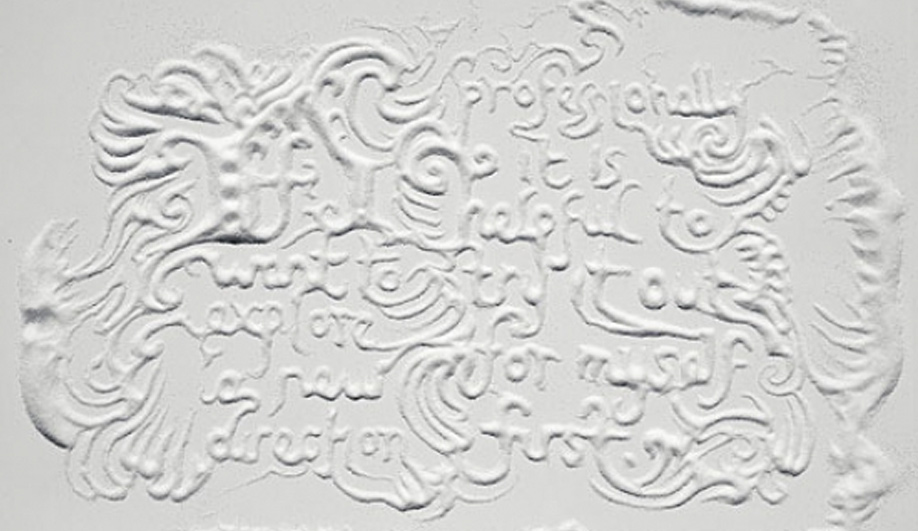 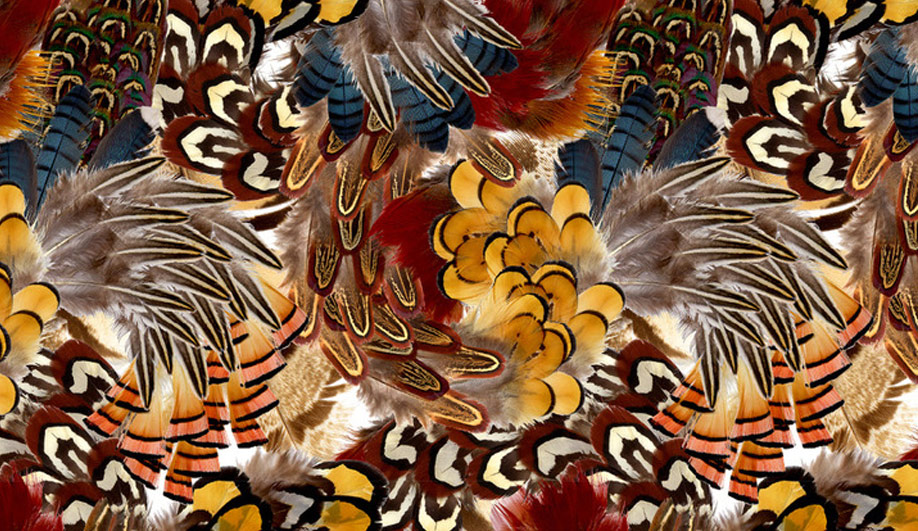 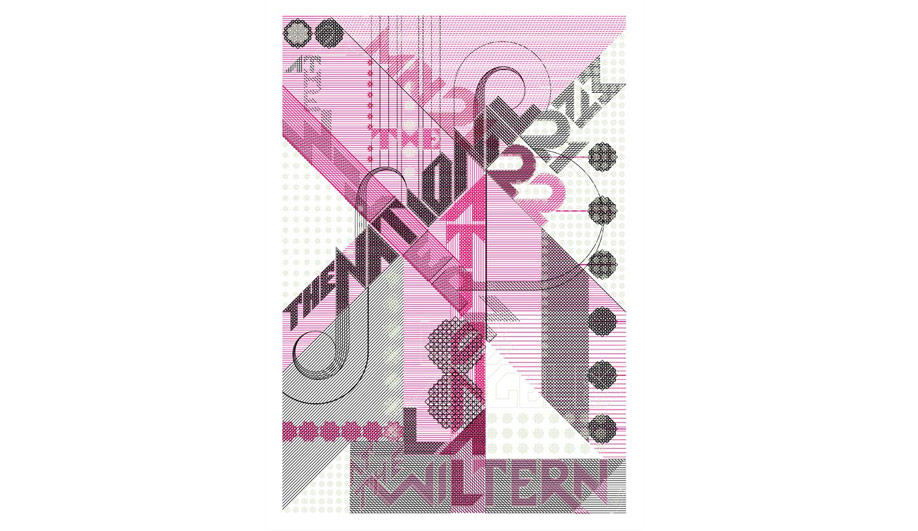 Last week, graphic designer Marian Bantjes kicked off her exhibit at Toronto’s OCAD University with a riveting talk to an audience of 250 students, professors and designers. Presenting old and new works, she revealed her design processes, inspirations and advice, as well as showcasing her straightforward personality and self-depricating sense of humour.

Where she gets her ideas

Responding to studies that conclude leisure time and sleep are crucial to creatives, Bantjes began her talk with a slideshow depicting well utilized resting places around her cottage-like home on Vancouver’s Bowen Island. While she said that middle-of-the-night ideas aren’t usually the best, good ones are often conceived in the bath and shower. Bantjes emphasized that brainstorming away from a computer, and not worrying if an idea doesn’t come immediately, are crucial to her success. Her best designs are born when she’s in an almost meditative state – “sitting and staring” – where she imagines media and colour changes, as well as the possibilities and pitfalls of a concept.

Due to the free-flowing quality of Bantjes’ work, there’s a tendency to view her as “organic,” but she thinks of herself as a “structurist,” citing her use of design software like Adobe Illustrator, which gives her “perfect curves.” She uses a grid to map out words and then firms up the design on the computer, though she says functions such as Illustrator’s auto tracer often creates more work.

According to Bantjes, two things are missing from her process: strategy and concept. But it doesn’t appear to have affected her work and popularity. Her desire to have a visually compelling final product, and her refusal to create anything predictable is what makes her renowned.

What’s in her exhibit

Titled I Wonder (also the name of her new book), the exhibit showcases work Bantjes has created since founding her studio nine years ago. It includes samples of her vector-drawn Valentine card collection (laser cut from used Christmas cards); two walls covered in wallpaper she designed for Maharam; videos of the designer at work; and the glow-in-the-dark album cover she designed for Cincinnati band The National (Bantjes is a big fan).

Rarely seen artworks on display include a gift for friend and fellow designer Javier Mariscal and the eulogy she wrote for her mother, concealed in an organized muddle of multicoloured shapes. Alongside the mass of magazine covers she’s created for Wallpaper, GQ, and Creative Review is the “We’re Sorry” cover for The Walrus. The story goes, the concept started out as snakes, almost turned into kittens and yarn, but ended up as just red yarn. Though Bantjes and the magazine had some initial disagreements (“no snakes, no kittens”), she said she’s proud the cover ended up “looking like guts.” Other works presented demonstrate the slew of materials and motifs she commonly uses from pen and paints to flower petals and feathers.

Marian Bantjes’ I Wonder exhibit runs until June 5 at Onsite [at] OCAD University in Toronto.

SHARE
Twitter, Facebook, LinkedIn, Pinterest, Email
TAGS
Event, Graphics, Lecture, Personalities,
AZURE is an independent magazine working to bring you the best in design, architecture and interiors. We rely on advertising revenue to support the creative content on our site. Please consider whitelisting our site in your settings, or pausing your adblocker while stopping by.